Preparing a spiral sliced ham is one of those cooking techniques you can be confident will yield delicious results if the proper cooking guidelines are followed. There are several tips and tactics you can use to make your cooking successful and to ensure that your ham is cooked to a soft and juicy consistency, perfect from start to finish, including leftovers.

Apart from teaching you the ideal length of time to cook your ham in order to get the best results, this article will provide useful tips to ensure that you get the best out of your cooking, and so that the ham is mouthwatering at the end of your cooking. 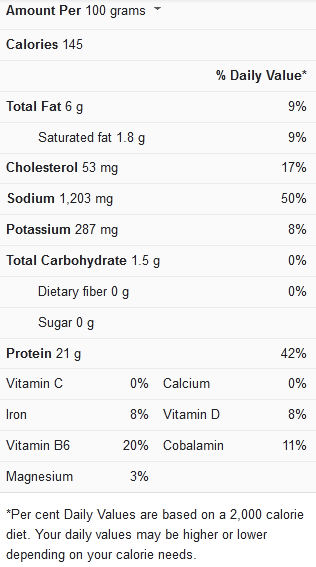 Here are some really helpful tips to keep in mind when cooking a spiral-sliced ham:

Timing your cooking – The ideal timing guidelines for cooking a spiral-sliced ham typically depend on the ham’s size. It is advised that you increase the cooking time by 10 minutes per lb of ham you’re cooking in the oven. Make sure to take note of the timing guidelines in the table below for the best results with spiral sliced hams.

The second best method for serving moist ham is to put just enough on the platter. Wait a while after the plate has been passed around and everybody has had a slice before refilling it. Ham that is served open-faced on the counter will most likely dry up faster than a whole ham in the kitchen that has been covered with aluminum foil.

Other ways to ensure moist results, especially during cooking, have been listed below:

The ideal timing guidelines for cooking spiral sliced hams in the oven have been described below:

If you’d like more recipe ideas for a spiral sliced ham, then you may want to check out this video recipe.

If you would rather not use the included glaze packet in your recipe, then try making yours with the ingredients listed below:

Pour the resulting mixture from these ingredients over the ham 30 minutes before it’s done (make sure to separate the slices a bit, then ensure that the mixture runs down through the slices). Afterwards, cover the ham again with aluminum foil and return it to the oven to complete cooking.

This mixture will be extremely sticky, so take note of this when handling it. Something essential to keep in mind is to avoid overcooking the ham. Make sure it stays covered securely after you take it out of the oven, then baste it again before serving.