Are you a fan of zoodles but aren’t sure about how to prepare them? Don’t worry, because you’re not the only one. This innovative low-carb dish offers a fun way to present zucchini to anyone and can be cooked in many ways. But some end up overcooking or undercooking the veggies, resulting in an unpleasant experience for everyone. If you’re one of such people, then put your mind at ease because you’ll find a handy zoodle recipe time guide here. 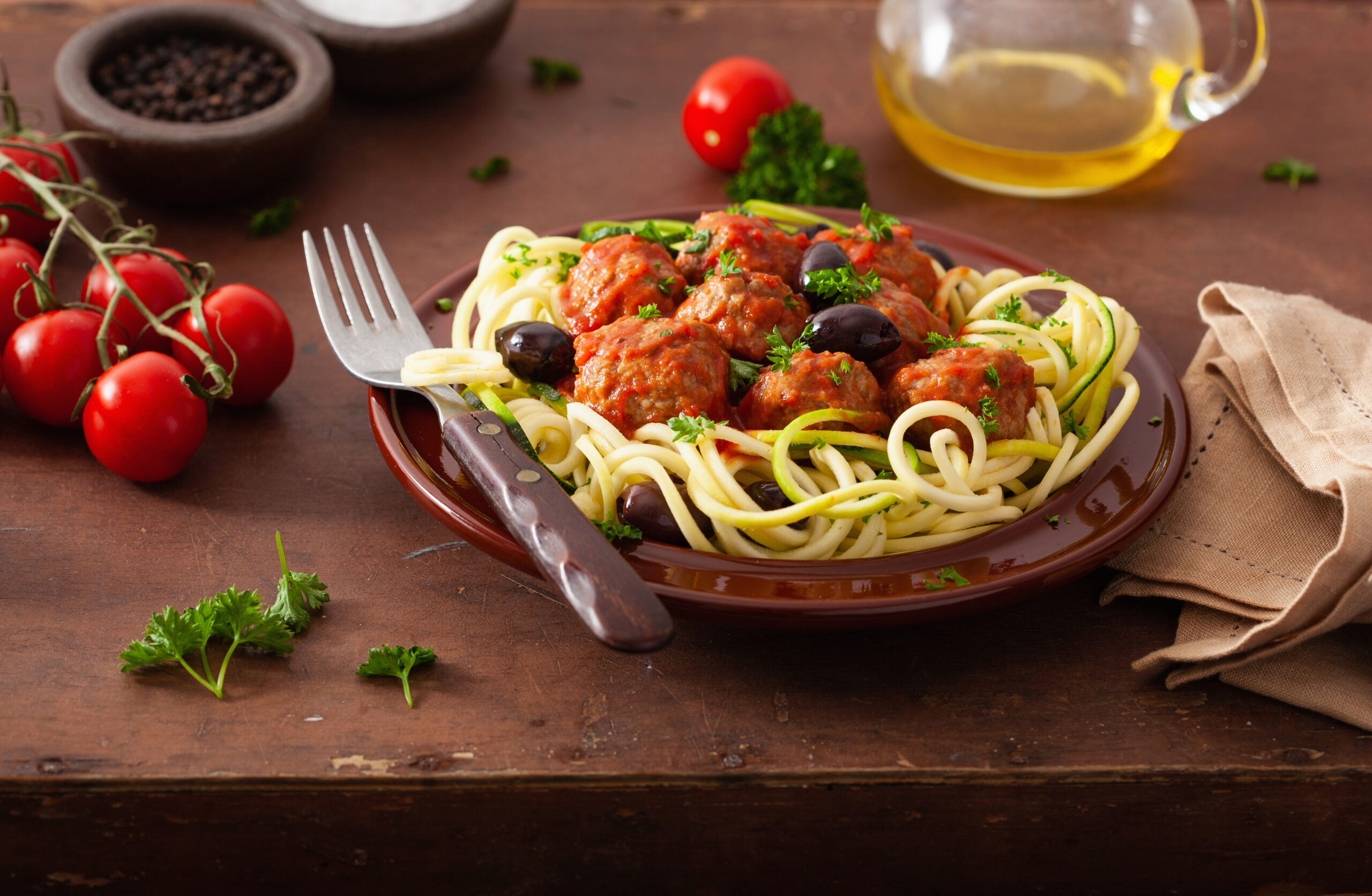 Zoodles, or zucchini noodles, are truly zucchinis cut into stringy, spaghetti-like strands. And the best recipes start with healthy, firm, and fresh zucchini; otherwise, the noodles would break or easily turn soggy during cooking. You’ll also want the straight zucchinis, so they can fit properly on the spiralizer. Once you’ve selected the zucchini, follow these steps for turning them into zoodles;

Sometimes, you may notice the strands coming out as half-moons instead of spaghetti strings. If so, reposition the zucchini on your spiralizer.

It’s okay to chop the zucchini strands when they reach the desired length because if the strings are too lengthy, you may not enjoy eating them.

Zoodles are succulent, meaning the tissues carry a lot of water. And the whole point of turning zucchini into strands is to enjoy the texture, so it helps to first drain the moisture from the zoodles before cooking. Put the zoodles in a colander and sprinkle some salt over it. Then, toss and let it sit for 30 minutes so the salt forces the water out. At the end of waiting, gently squeeze any remaining moisture out of the zoodles with paper towels.

Zoodles are quite easy to prepare and can be done in various ways. But the key to properly cooking zoodles is being mindful of the time; otherwise, you’ll wind up with watery noodles. That said, let’s explore the duration of zoodles in different cooking methods;

Place a skillet over medium heat and add oil. Heat the oil, then add the zoodles and cook for two to three minutes. You want the zoodles slightly soft by the end, so don’t extend this cooking time. Zoodles can also be stir-fried in a sauce, but only after the sauce is cooked. Then, stir the zoodles into the warm sauce and take it out to serve separately. Leaving zoodles can water down the sauce.

You can also blanch zoodles in hot water, but only if you’re adding them to the soup. Place a pot of water over medium heat and bring to a boil. Then, dunk the zoodles in the boiling water for one minute, take them out, and place them on a plate lined with paper towels to drain. Afterward, transfer it into your desired soup.

Prep the oven to 350F, place the zoodles on a large baking sheet, and toss with salt. Then bake for 15 minutes for al dente, or longer if you prefer them soft. Once done, pat the zoodles dry with paper towels and serve.

Zoodles are best prepared using high heat, which is why the pan-frying and oven methods are considered best. Plus, they produce better results than work within the allotted time.