It’s almost impossible to say there’s anyone in the region who can’t cook bacon. It’s such an integral part of our breakfast lives; everyone can make them in their sleep. And bacon holds this position by its crispy texture and flexible flavor. Still, it doesn’t mean our knowledge of cooking bacon can come down to precision in most cases.

For instance, most of us are used to the regular classic thin strips of bacon we’ve eaten for years. But we forget that it isn’t the only type out there. And even for those who know, the issue of understanding how best to cook it is prevalent. So, these hiccups call the need for the question, ‘How Long should you cook bacon?’ 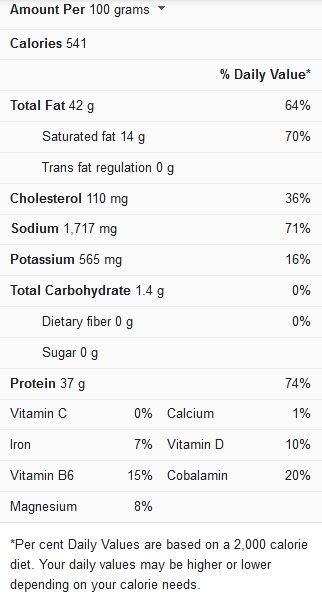 Before we delve into the duration of preparing bacon, let’s explore the various types available. While the types of bacon found in the world are almost immeasurable, these options are among the top contenders;

American Bacon- The long, narrow, thin strips you’re all too familiar with in your breakfast. It’s derived from pork belly and is usually cured and smoked. If the average person is asked about bacon, this type is what they probably respond to.

Canadian Bacon- This type is derived from pork loin and sold in thick round slices. They’re also less fatty compared to the standard bacon.

Slab Bacon – Which is American bacon before it’s cut into thin slices. It’s barely cooked at this size, but you can decide how thick you want your strips to be.

British Bacon – Which are also called rashers or back bacon. These types are also gotten from the loin, like Canadian bacon, but have more fat. They’re also my smoked.

Pancetta – This Italian bacon shares many similarities with American bacon. But it isn’t smoked after curing. And it’s sold in cubes or thin strips and is great for wrapping.

But regardless of the many types of bacon, two sizes are generally popular. The standard thickness of bacon strips is 1/16, and if you look closely, you will notice that most bacon types share this measurement. But some bacon types double this size, thereby earning the name thick-cut bacon. And as a general rule, most bacon types are either one or the other.

The best way to focus on how long you should cook bacon is by deciding how you plan to do so. And most times, bacon can be cooked in a pan, in an oven, or in an air fryer. Each technique comes with its instructions and cooking time.

Bacon in a Pan Take the bacon out of the fridge and separate the slices on a plate. Then, pour a few tablespoons of water in a skillet over the stove at medium-low. Cook the bacon in the skillet, properly spaced, and season if desired.

Thin-sliced or standard-sized bacon cook for a total of 15 to 20 minutes and the pan is drained every 10 minutes after cooking. Thick-cut strips, however, need about 35 minutes, with periodic draining of grease every 15 minutes. Both types are still cooked using the same method regardless.

Bacon in the Oven

Prep the oven to heat to 275F, then take the bacon out of the fridge. Separate the strips on a plate while you set a pot of water on the stove. Once it boils, turn it into a shallow oven-proof dish and place that on the oven floor. Line a baking pan with a wire rack and assemble the strips on it. Season as desired, ensuring the slices are spaced. Then, put the pan on the oven shelf.

Thin slices will roast in the oven for 20 minutes, at which you’ll flip them halfway. But thick-cut bacon needs twice as much time. Once the bacon strips are ready, move them to a bowl lined with paper towels so the grease will drain. Then, discard the grease or store it for use later in a recipe.

Bacon in the Air Fryer

Arrange the strips in the basket in a single layer, cutting the long ones in half if they don’t fit. Then put the basket in the air fryer and cook the slices at 350F. Under this temperature, regular cut bacon will take seven minutes, while thick-cut strips will cook for 10 minutes. And if you want the slices to be crispier, increase this cooking time by two or three minutes.

You can also view this video for more ideas on proper bacon cooking time.