When making a recipe to wow your friends, you may find yourself looking for the right way to infuse that exotic and special effect. And teriyaki sauce is one of the best ways to do it. It’s so amazing that many recipes, especially the Asian types, call for it. But what happens when you’re all out? Before we explore the various ways by which this impressive ingredient makes every meal stand out, let’s talk about what it is, what it tastes like, and recipes that benefit from its unique flavor. 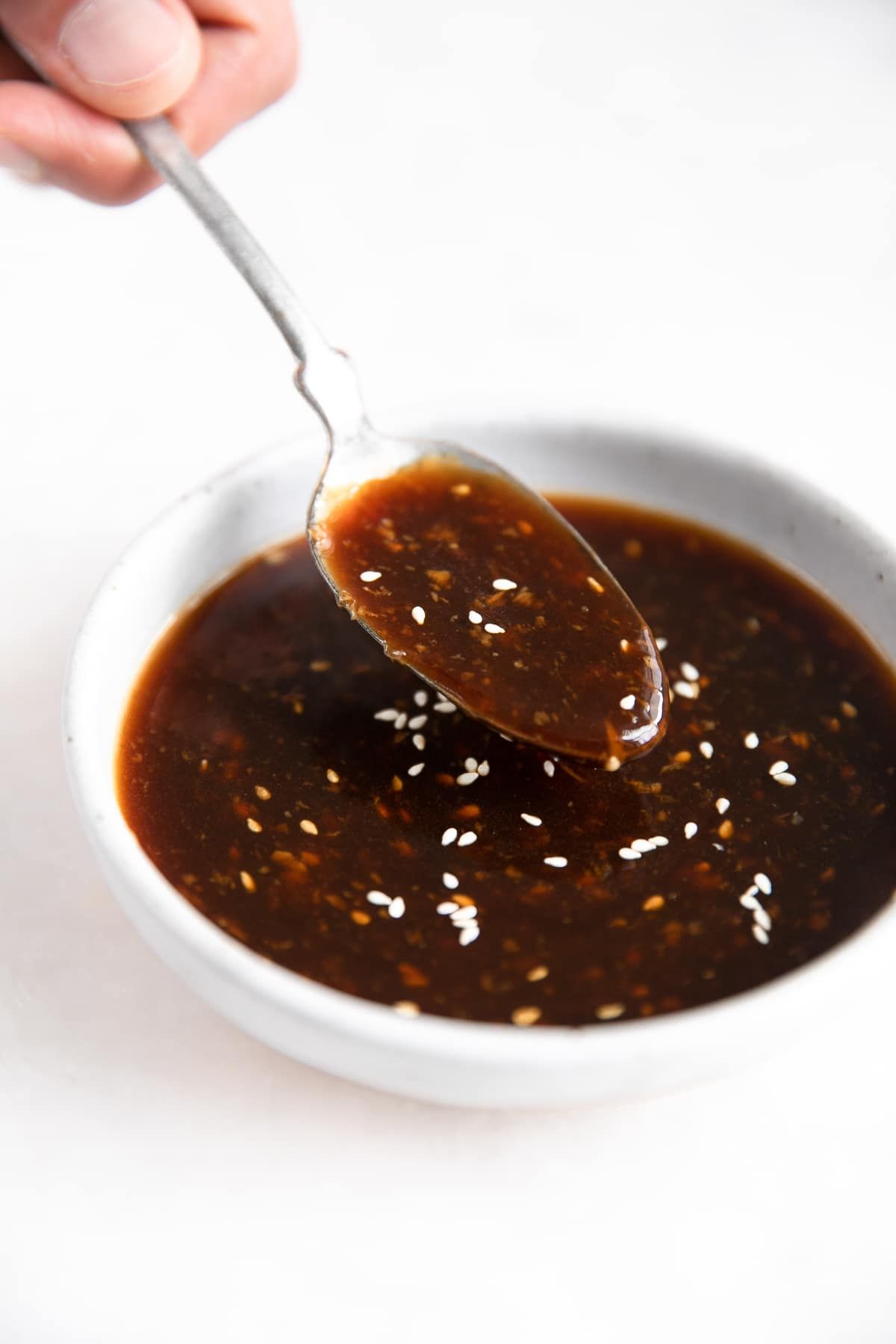 What is Teriyaki Sauce?

Teriyaki sauce is a popular Japanese sauce with an unbeatable taste that has gotten quite popular in the United States. The word ‘teriyaki’ is coined from two words; Teri, meaning ‘luster,’ and yaki, meaning ‘broil’ or ‘grill.’ The name refers to the sauce’s versatility bringing flavor, appeal, and aroma to a wide range of dishes. This is owed to the salty-sweet flavor of teriyaki sauce and its amber color and sticky texture, which add shimmer and shine to different grilled foods.

Teriyaki sauce is a common addition to many Japanese and Asian cuisines. And for a long time, its special flavor has been a regularly sought-after taste in American and European recipes. Because its original brew is made for grilled foods, it’s become almost as popular as American barbecue sauce, though it also has certain uses in other types of recipes as well. The sweet-salty taste is further complemented by a tangy flavor which further combines with a huge hit of umami. This is present because of its base ingredients, as teriyaki sauce is generally made from soy sauce and mirin.

Traditionally, soy sauce and mirin make up the main ingredients in teriyaki sauce. But some versions may include other items. The Hawaiian version, for instance, included pineapple juice, which gives the sauce an added boost of fruity tang. Still, you’ll get the original flavor and aroma profile the sauce itself aims to give. 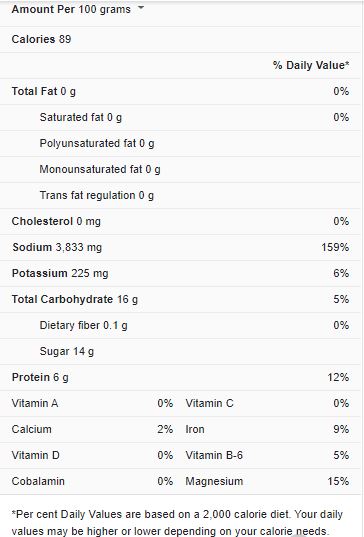 Teriyaki sauce is a very flexible ingredient to use in various styles of cooking. It works for meats, fish, and even vegetables. Its sweet taste blends well into various dishes, and it further lifts the taste profile and aroma of any recipe. And because it’s so easy to use and purchase, many food enthusiasts have begun to apply it in their numerous recipes.

Teriyaki sauce is not just common in Japanese and Asian recipes, but also in American and European ones as well. Its versatile use makes it a favorite in numerous recipes, including;

Though teriyaki sauce is great with a wide range of dishes, especially those based on protein or vegetables, it may seem like a huge loss when your recipe calls for it, but you’ve run out. Other reasons may cause you to avoid teriyaki sauce, like a need to avoid high sodium intake or a gluten-free diet (since teriyaki sauce contains soy, which in turn, contains wheat). Whichever the case, you can still enjoy the same effects it gives with the right substitute. Some are listed below; 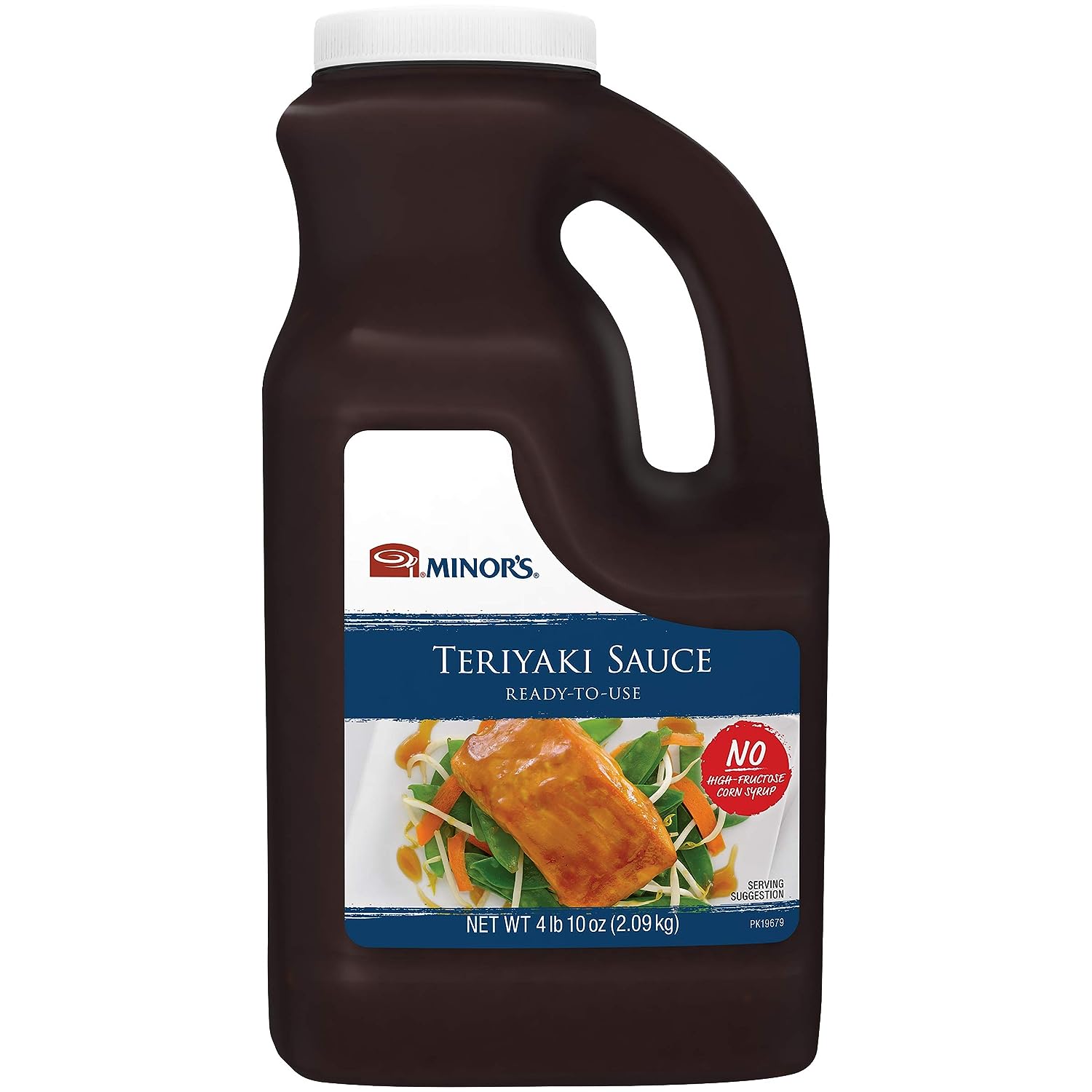 If your recipe requires you to use teriyaki sauce at all costs, it may be best to just make a new batch by yourself. This may seem like a drag, but with the basic ingredients required, you can quickly whip up a batch of it for yourself right there in your kitchen. And the best part is you may already have these ingredients in your kitchen, donors very easy. To make teriyaki sauce in your home, all you need is to combine equal amounts of soy sauce and mirin. For a sweeter batch, you can add sugar, and if you want it to be thicker, some cornstarch will help with the consistency. 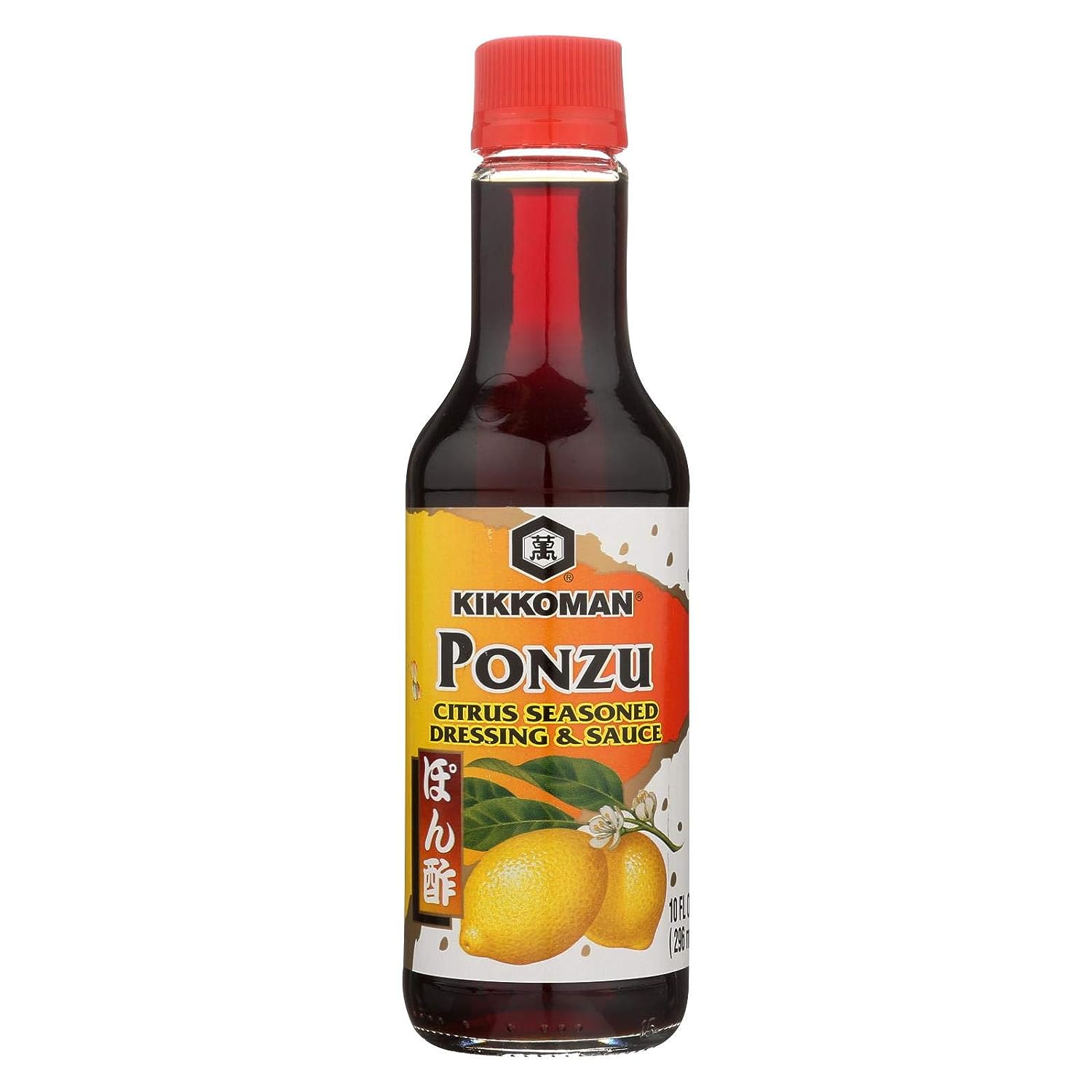 If you can’t make a batch of teriyaki sauce yourself or find it too much work, you can substitute it with ponzu sauce. Because it contains almost the same ingredients and offers a similar flavor profile, ponzu sauce makes an excellent replacement for teriyaki sauce. Plus, it adds that same tang as teriyaki sauce, as it contains some or a combination of the Japanese citrus-like yuzu or kabosu. And sometimes, it even contains lemon, with a blend of tuna flakes and Imani stock, which further gives it a close taste to teriyaki sauce and makes it a decent substitute. 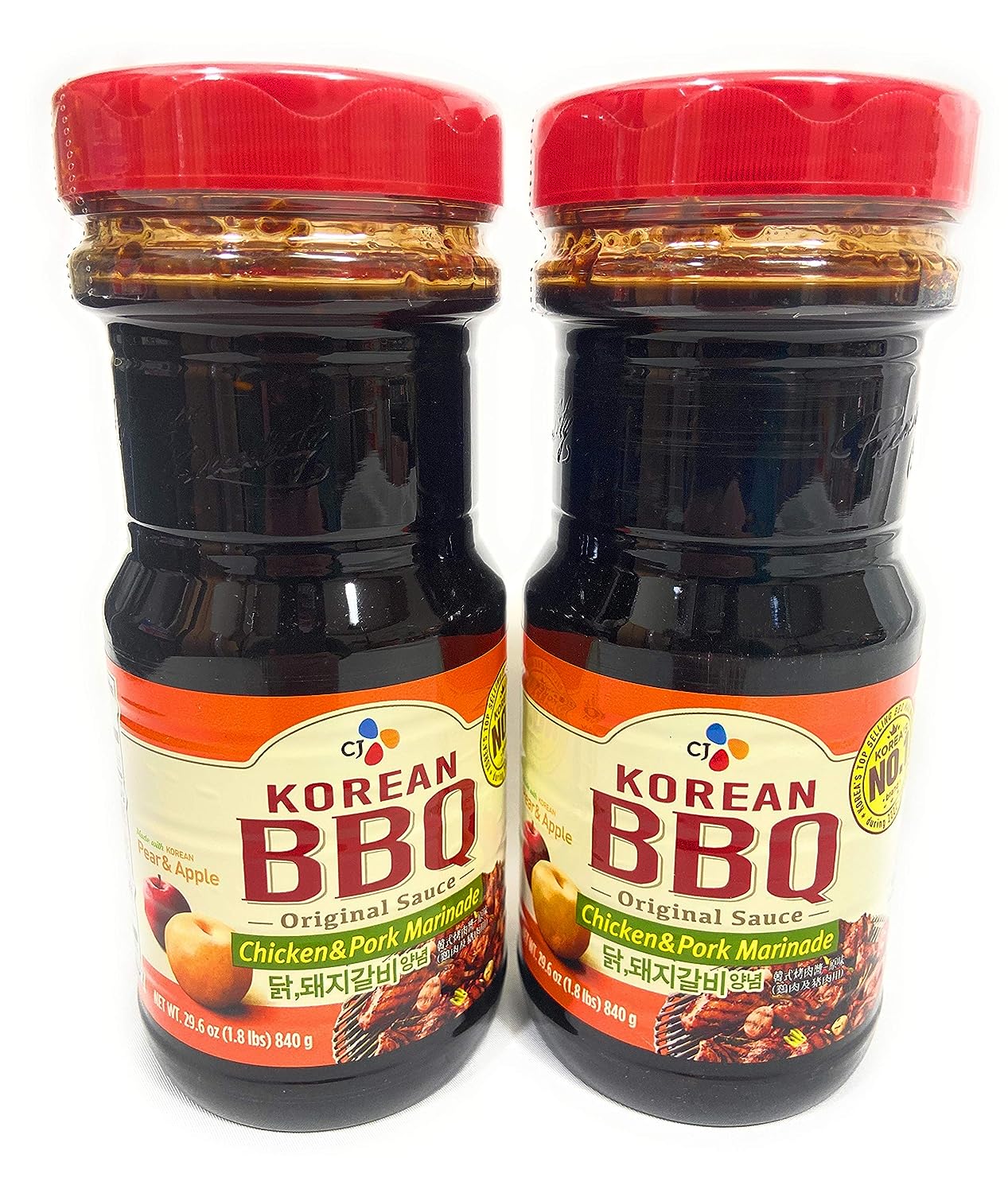 Korean barbecue sauce, shares a similar flavor profile with teriyaki sauce, making it an ideal substitute. This is mainly because its key ingredients include soy sauce and sugar, making it almost as sweet as teriyaki sauce. And like some variants of teriyaki sauce, it may also contain extra ingredients like garlic or even sweeteners like Asian pear or honey. Bulgogi sauce works well for grilled meats and fish and vegetables, so it can be used conveniently as s substitute for teriyaki sauce. But you should take care, as it may be sweeter, so apply in moderation.

The umami flavor profile in hoisin sauce makes it a great substitute for teriyaki sauce. Hoisin sauce is thicker, but it still offers a great deal of sweetness and intensity as teriyaki sauce, making it great for grilled meat, chicken and fish. The thick consistency of hoisin sauce is largely owed to its base ingredients which include soybeans and garlic. And the sweetness is due to the addition of sugar, with an extra note of spiciness induced by chili peppers. This makes hoisin sauce a perfect substitute for teriyaki sauce in the dipping sauce, though it also works well in basting sauces and marinades.

If you want a quick-fix teriyaki sauce in the middle of a recipe, you can quickly whip up something simple using soy sauce and sushi vinegar. The best thing about this option is you don’t even need a specific ratio; you simply mix to your taste. Since most Japanese cuisine lovers tend to have sushi vinegar in their pantry, it makes the perfect and affordable solution when you quickly need teriyaki sauce.

Can I substitute soy sauce for teriyaki sauce?

No. Though teriyaki sauce does contain soy sauce as one of its base ingredients, its taste profile is owed to a combination of soy sauce, mirin, and sugar. Using soy sauce alone as s substitute for teriyaki sauce will drastically change your recipe’s taste, as both have distinct flavor profiles.

Why is teriyaki sauce so good?

Teriyaki sauce combines simple ingredients to give an impressive and complex taste that’s delicious and memorable. The caramelized sugar in the sauce combines with the mirin or sake to give food an alluring luster.

What’s the difference between soy sauce and Teriyaki sauce?

Though teriyaki sauce uses soy sauce as its base ingredient, it also combines several ingredients, sometimes including green onions and sesame seed oil. And the overall result is a shiny consistency with a sweet flavor. Soy sauce, however, is saltier in flavor due to the combination of water and salt to make its base. Plus, it’s made from fermented soybean paste.

Teriyaki sauce is great for giving your recipe that Japanese vibe, but you can achieve the same effect with any of the substitutes above. So, keep experimenting with each option till you get your ideal taste preferences to create a more complex but fun cooking experience for yourself.