Over time, cheese has been discovered to be a tremendous flavor-imparting ingredient in cooking. And Velveeta is one cheese that carries this property in folds. Its luscious property is one that’s sought after in many parts of the world. And it’s one of the few kinds of cheese that can be incorporated into a wide range of dishes.

But many hurdles surround using Velveeta cheese in recipes, which is why seeking a substitute became paramount. And though most people have previously feared this task would be impossible, the reverse has been proven to be the case. Now, you can find Velveeta substitutes for sauces, dips, and many other recipes. But it would help if you learned how to replace Velveeta cheese with such options as Cheddar, Cheeze Whiz. And you also need to understand what kind of recipes these replacements are best for; American, Mexican, UK, or any other.

Cheeses come in two forms, namely processed and unprocessed cheese. The unprocessed cheeses are the types that have been made directly from milk without any additives and have the whey removed. These types tend to be higher in dairy, and their flavor intensifies the longer they age. But the processed cheeses are derived from the addition of whey into fat and milk curd during the cheese-making procedure. The result is a soft textured product with a fantastic flavor, excellent melting properties, and longer shelf life.

Velveeta is one of the types of processed cheeses that carry such advantages. In the past, it was made unprocessed cheese, but today, the combination of specific products creates Velveeta. These products include milk, fat, whey, and preservatives. And though it’s a brand name, Velveeta has become a popular household name when it comes to great-tasting processed cheese. 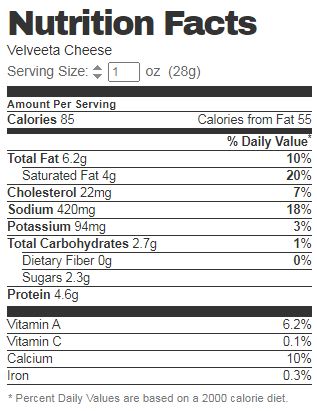 Cheese enthusiasts widely use Velveeta in numerous recipes. It has a warm creamy taste with a hint of saltiness. This flavor profile blends with other types and results in a rich burst of flavor. Velveeta works in sweet and savory recipes, where it can play a leading or supporting flavor ingredient. But the most notable and appreciated thing about the cheese is its melting properties.

Most cheeses are hard and solid and don’t melt properly. And this reason is why they’re usually grated unto food. And for the types that can melt, it’s not always entirely, so they function more as spreads and toppings. But Velveeta excels at this and melts completely to give you a creamy ingredient that goes into almost every recipe. This property also allows it to incorporate effortlessly into other liquid ingredients, so it lends its creaminess and tasty flavor to the final result.

Its exceptional flavor profile and impressive melting abilities make Velveeta a regular contender in tons of recipes and dishes, some of which are;

Most times, you may run out of your supply of Velveeta and can’t rush to the store. Or, like most people, you worry about the preservative content. Others may complain that it’s processed cheese and wish to stick with the natural thing. These and many other reasons push you to the point of needing a Velveeta substitute.

When seeking an alternative cheese option to Velveeta, the main factor you’re looking out for is the melting. As such, you can select from any of these suggested options to replace Velveeta in your recipe. Though some may differ from it in flavor, they may even give you a taste you’d end up preferring. Check them out; 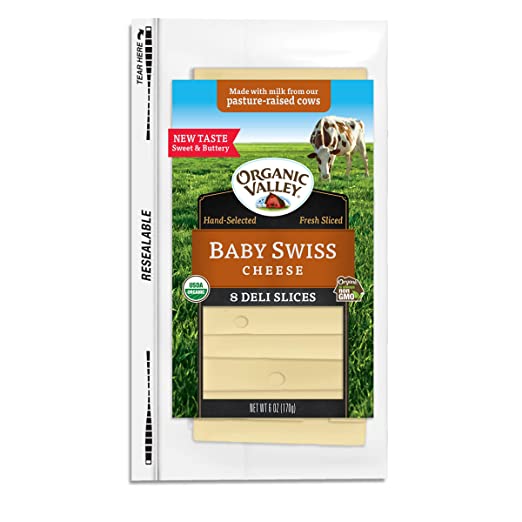 Emmenthal and Gruyere are the most popular types of Swiss cheese available. And they, along with many others, make an excellent substitute for Velveeta. Swiss cheese is real cheese made from natural processes. It also has an interesting nutty flavor that intensifies with age and contains no preservatives or additives.

Perhaps the main similarity between Swiss cheese and Velveeta is the melting. Swiss cheese is renowned for being one of the few options that excel at this, so it mixes well into soups and sauces. You can also add it to burgers, casseroles, dips, and grilled goods. Plus, the yellow color of Swiss cheese brings it close to Velveeta so that most people won’t notice the difference. 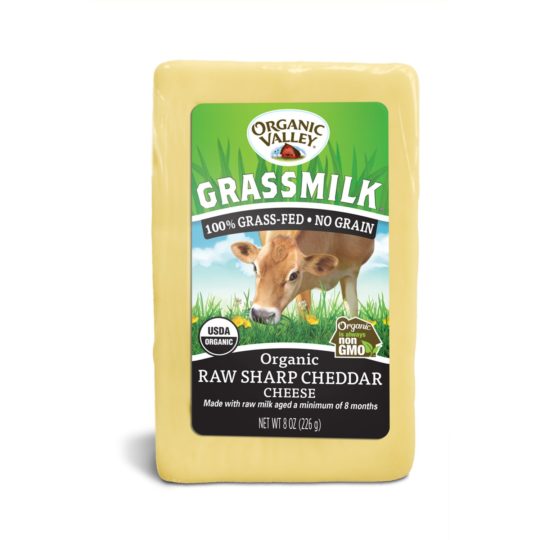 Cheddar cheese makes an excellent replacement for Velveeta in many recipes, even though it’s white and much more rigid.  And when selecting, you should go for sharp cheddar cheese. Because of its slightly bitter taste and pungent note, many frowns at it as a substitute for Velveeta. But sharp cheddar cheese is an excellent option for creamy dips and sauces and shines in savory recipes. Plus, its unfamiliar flavor profile isn’t as pronounced when used in cooking, so it leaves mostly with the creaminess.

Cheddar cheese melts quite well and will give you a creamy cheese base for many dishes. It’s a fantastic addition to grilled foods, sandwiches, tacos, nachos, queso, and many other light meals. Its more potent variety, extra sharp cheddar cheese, adds an even more pronounced tang to recipes. Sharp cheddar cheese works mainly in Mexican, which stands out for its intense savory flavor. And it melts just as well as Velveeta and is excellent in chili, sandwiches, sauces, quesadillas, creamy, spicy soups, nachos, and dips. 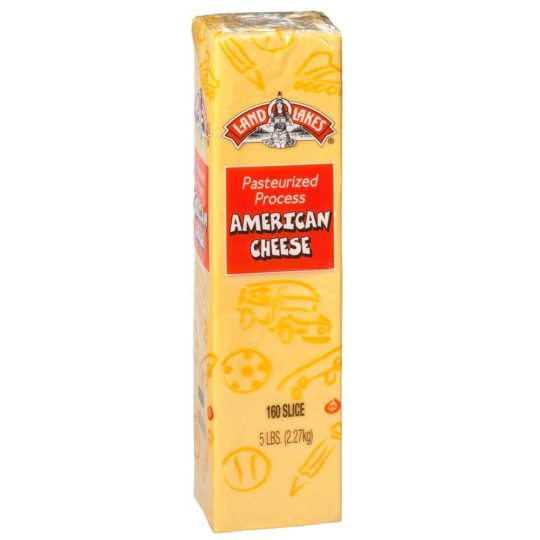 American cheese is closely similar to Velveeta in terms of flavor and texture. It’s just as creamy, with a soft, smooth feel, and comes with a hint of saltiness. And it melts significantly, making it a fantastic addition to lots of recipes. American cheese tends to be considered a processed cheese because it isn’t naturally aged but processed artificially. Still, it’s an excellent substitute for Velveeta in all recipes and goes in everything from burgers to sandwiches, sauces, pasta, and even grilled foods. 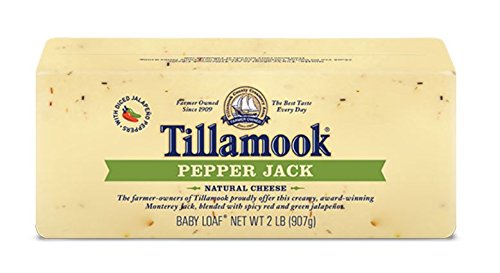 Pepper jack cheese is a suitable alternative if you’re looking for a spicy cheese substitute that melts quickly. It’s a Monterey Jack cheese combined with traditional spices to give it a hot and tasty flavor. Pepper jack usually contains ingredients like chilies, sweet peppers, and rosemary. And it’s a great addition to burgers and sandwiches and melts great to make dips and mix into sauces.

Cheez Whiz is another processed cheese option you can use to replace Velveeta. It’s made from a combination of wheat, sodium, oil, seasonings, and natural coloring for its yellow hue. The seasoning content brings its taste profile to something close to that of Cheddar cheese. Cheez Whiz also contains preservatives, so if you’re wary of such, you may want to avoid it. But it’s almost the same as Velveeta and gives an incredibly creamy texture when melted. Cheez Whiz is perfect for dips, sauces, soups, sandwiches, creamy desserts, cheezy desserts, and snacks. It’s also commonly eaten along with biscuits and crackers.

Is there any real cheese in Velveeta?

While the original Velveeta cheese is a derivative of real cheese, today’s products aren’t. Instead, they’re made from protein concentrates of whey and milk, fat, and preservatives.

Why does Velveeta melt so well?

During the processing, the ingredients used to make Velveeta are combined to form a curd. The curd is then ground and combined with an emulsifier. This ingredient holds the ‘cheese’ in such a way that it quickly melts when heated.

Can I use shredded cheese instead of Velveeta?

Yes, but only if you’re not insistent on the texture Velveeta offers. But if this factor is essential to your recipe, you’ll have to whip up a makeshift processed cheese substitute with shredded cheese. Do this by mixing the cheese with milk or cream. Then melt the mixture gently over a low flame, and once it’s appropriately melted, add some gelatin.

Velveeta is famous for its melting properties, and while we love that about it, many may wish to avoid unprocessed cheese altogether. So, if you’re one of these people, you may want to consider our helpful substitutes for Velveeta cheese. These alternatives are also handy for those who like Velveeta but ran out of their supply. And they all offer good texture and taste to your favorite dishes.