The simplest approach to elevate instant ramen is to simply acquire actual ramen (from a restaurant or top-quality noodles from an Asian grocery shop), but that’s not what we’re discussing today. We’re talking about when the only option, or preferred alternative, is the cheap small ramen packets found in almost every grocery or convenience store in the United States. So, if that’s your situation, here’s what you can do!

You’ve come to the right site if you want to learn how to improve the flavour of ramen. This guide is jam-packed with delectable and simple recipes to enhance your favorite noodles’ flavor. Listed below are a handful of them. While ramen isn’t exactly healthy food, adding cheese to your soup is tasty to boost the protein and vegetables. 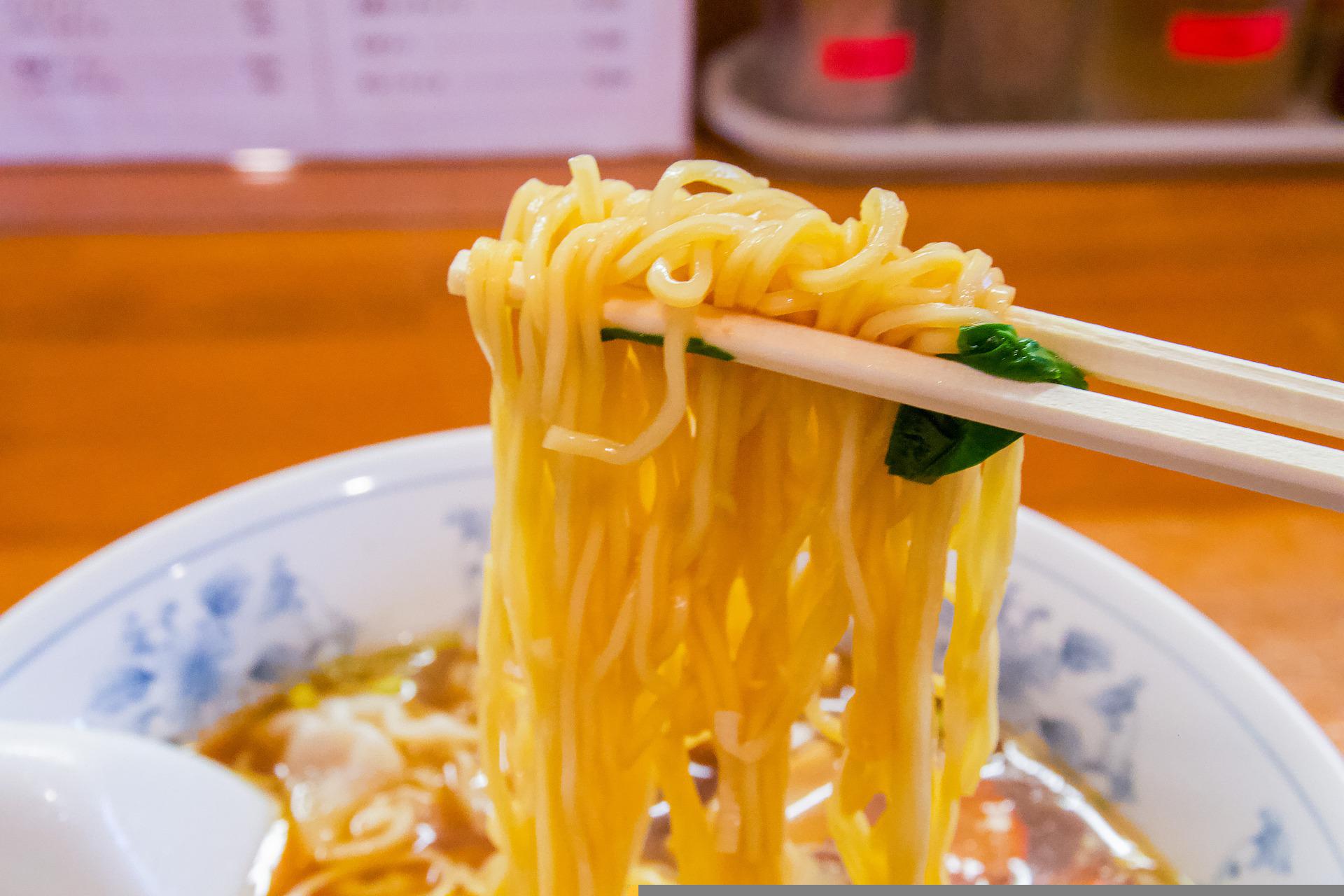 Boil the instant ramen noodles, drain them, and then toss them in a pan with your favourite vegetables, protein, and sauce. The ramen flavour package can also season the fried noodle dish.

Adding Sriracha, a popular hot sauce made with red chile and garlic, to a bowl of instant ramen is a low-cost hack because it’s quick, cheap, and adds a good kick to the noodles.

Eggs are a terrific way to add protein and taste to make instant ramen a more substantial dinner. Some people prefer to whisk an egg into the ramen for a creamier texture, while others crack the egg right into the bowl to poach it.

Cook the noodles according to the package directions but leave off the flavour packet for a nutty, Thai-inspired ramen hack. Instead, combine sesame oil, peanut butter, honey, soy sauce, rice vinegar, garlic, and ginger in a large mixing bowl and pour over the boiling noodles. To add even more flavour, add sliced onions and sesame seeds.

Furikake, a typical Japanese condiment made consisting of seaweed, sesame seeds, and fish flakes can be used to boost the flavour of instant ramen. Another option is Togarashi, a spicy flavour comprised largely of dried pepper flakes with a sprinkle of dried seaweed and sesame seeds.

Chashu (braised pork belly) is served with Tonkotsu ramen (a popular pork-bone-based dish). Cook up a batch of pork belly and slice off portions for a few nights’ worths of ramen using only a few ingredients (most of which you might already have on hand).

If you don’t want to spend the time slow-cooking pork belly, simply add some thick-cut bacon and a soft-boiled egg to your standard ramen mix. You may also make a traditional ramen egg by soft-cooking an egg and marinating it in soy sauce and mirin (a rice wine that is sweeter than sake but has less alcohol).

Add some leafy greens like spinach, bok choy, or cabbage to the broth after the cooking procedure. You won’t need to use a second pot because the vegetables will wilt in the boiling water with the ramen.

Kimchi is a typical Korean side dish made from fermented vegetables that have been pickled. To add a spicy and salty burst of flavour to your prepared bowl of ramen, simply top it with some kimchi.

Premade kimchi should be available at your local grocery store — particularly cabbage kimchi, the most prevalent type — but a Korean shop will likely have more alternatives.

Some customers think the instant ramen flavour packet is excessively salty, yet they still want a salty flavour with their noodles. If that’s the case, try halving the seasoning packet and adding a dash of soy sauce to the mix.

What are Some General Hacks to Make Ramen Taste Good?

Spices and vegetables can enhance the flavour of your ramen and give your soup an extra push of flavour. If you don’t like plain ramen, try seasoning it with garlic powder or spices. The garlic powder lends a tangy flavour to the broth that complements the other elements. You’ll most likely want to try them both. These are just a handful of ways you can make your noodle soup more interesting.

If you like ramen, try adding a couple additional pieces of raw chicken to the soup before it’s cooked. You may make noodle soup more appealing to the palate by including these components, which will enhance your noodle’s flavor. If you’re making noodle soups at home, you may boost the flavour by adding salt to the broth.

Is Mayo Good in Ramen?

A Tiktok hack for ramen is going viral in Japan: kewpie mayo in ramen. People are raving about how the kewpie mayo adds a rich and creamy flavour to the ramen broth, claiming that it makes instant ramen taste much like long-simmered ramen broth from an authentic ramen restaurant. So, if you’ve ever wondered if mayo goes well with ramen, the answer is a loud yes!

Adding a little extra fat to ramen broth is a popular ramen technique, generally in fragrance oil (the little packet of fat that comes with instant ramen seasoning). Your instant ramen will instantly (LOL) become thicker and more flavorful by increasing the fat content with kewpie mayo. The kewpie adds depth, texture, and taste by helping the broth attach to the noodles as you draw them up.

Kewpie mayo is Japan’s most popular mayonnaise and salad dressing, and it can be found in almost every Japanese home. It’s flavorful and filling while remaining light and airy. In Japan, kewpie mayo is so popular that there are specialty kewpie mayo eateries dedicated to all things kewpie.

What Sauce is Good with Ramen Noodles?

This sesame-garlic sauce is one of our favorites—dinner doesn’t get any more delicious or simple than this. It’s a simple stir-fried noodle meal with no vegetables or meat! Ramen noodles are stir-fried in a delicious sauce. The following are the ingredients in our wonderful garlic ramen stir-fry sauce:

Is Ramen Good for Health?

To make the noodles more nutritional, instant ramen noodles are manufactured with wheat flour supplemented with synthetic forms of essential nutrients, including iron and B vitamins. Protein, fiber, vitamin A, calcium, magnesium, and potassium are critical nutrients they lack.

Furthermore, unlike full, fresh meals, packaged foods such as instant ramen noodles are deficient in antioxidants and phytochemicals, which have a variety of health benefits. Not to mention that they are high in calories and lack the variety of nutrients that a more balanced meal consisting of protein, veggies, and complex carbohydrates would provide.

Although one serving of ramen noodles (43 grams) contains only 188 calories, most people eat the full container containing two servings and 371 calories.

Instant ramen noodles are extremely rich in sodium, with one packet providing 1,760 mg or 88 percent of the WHO’s 2-gram sodium limit.

Even if you only ate one package of ramen noodles per day, it would be tough to stay under the current sodium guidelines.

On the other hand, Ramen noodles are a convenient and inexpensive meal for those who are short on time.

As a result, many people are likely to eat ramen numerous times each day, resulting in large sodium levels being absorbed.

MSG and TBHQ, food additives that can harm your health if ingested in significant amounts, may be found in instant ramen noodles. Some people may be more sensitive to MSG than others. Headaches, nausea, elevated blood pressure, weakness, muscle tightness, and skin flushing have all been associated with the consumption of this preservative.

Though large concentrations of these substances have been linked to various negative health effects, the little amounts found in food are most likely harmless in moderation. Those particularly sensitive to additives like MSG and other highly processed meals should avoid instant ramen noodles.

How to Make Ramen Noodles Healthier?

There are various ways to make instant ramen noodles healthy for folks who enjoy this quick dish.

Adding fresh or cooked vegetables to instant ramen noodles, such as carrots, broccoli, onions, or mushrooms, will assist in supplementing the nutrients that plain ramen noodles lack. Because ramen noodles are low in protein, adding eggs, poultry, fish, or tofu to the top will provide a dose of protein that will keep you fuller for longer.

Get rid of the flavour packet: Combine the low-sodium chicken stock with fresh herbs and spices to make a healthier, lower-sodium version of ramen noodles.

While instant ramen noodles are a low-cost carbohydrate choice, plenty more nutritious and low-cost carb options are available. Brown rice, oats, and potatoes are affordable carbs that can be used in various ways. Instant noodles have been linked to poor food quality and an elevated risk of heart disease and metabolic syndrome in people who use them frequently. Adding vegetables and protein to instant ramen is a simple method to increase the meal’s nutritional value.

Instant ramen noodles contain iron, B vitamins, and manganese but are deficient in fibre, protein, and other vitamins and minerals. Furthermore, these foods’ MSG, TBHQ, and high sodium content may harm your health by raising your risk of heart disease, stomach cancer, and metabolic syndrome.

There are all kinds of weird and unusual instant ramen on the internet, but there’s good news if you grabbed a mega-pack of one of the soft Brillo pads before you could examine some of the nicer ones available. Cheap, bare-bones brands like Maruchan and Top Ramen may lack flavour on their own, but they can serve as a good blank canvas if you’re ready to experiment. Add some fresh vegetables and meat, a few sauces or seasonings, and a little garnish, and you’ve got yourself a fairly good cup of ramen soup.