This edible fungus is loaded with nutrients to suit your daily dietary requirements. It’s also an ingredient that’s become popular in a lot of kitchens. It may be used to produce a variety of soups, and its nutrient content makes it an excellent choice for everybody. It has a long list of advantages, making it an excellent choice for a variety of meals.

Because of its widespread use and unavailability, you may find that you are not the only one looking to buy it at the store. Another consideration is that you may be unsure how to cook a mushroom recipe, but it will be simple for you, especially given its scarcity. That will become evident as you go along, and you should be able to construct one for yourself very easily. 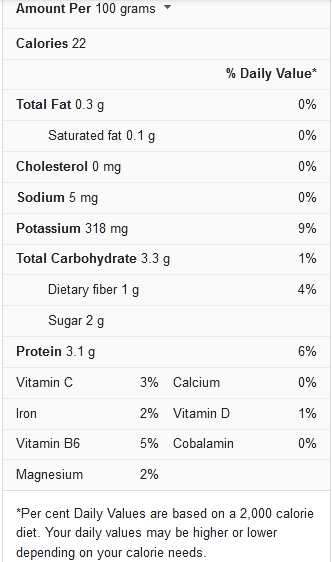 As previously said, this fungus has numerous benefits that are both useful to the health and add nutrients to foods. Let’s have a look at some of the other advantages it provides, which include the following.

It has a significant amount of Beta-glucan- Beta-glucan is a type of soluble fiber that has been associated with lower cholesterol and improved cardiovascular health. It can also aid in blood sugar regulation, lowering the risk of developing type 2 diabetes. Beta-glucans are thought to be most effective in oyster and shiitake mushrooms.

Copper is present in Mushrooms- Copper aids in the formation of red blood cells, which transport oxygen throughout the body. Other biological systems, such as keeping strong bones and neurons, benefit from the mineral. Even after cooking a 1-cup portion of mushrooms, it still contains around one-third of your daily copper need.

Mushrooms are high in antioxidants- Antioxidants help to protect the body from free radical damage that can lead to heart disease and cancer. They also enhance your immune system and protect you from aging damage. The antioxidant selenium is abundant in mushrooms. They are, in fact, the leading source of the mineral in the produce aisle.

Potassium can be found in it- Mushrooms are high in potassium, a nutrient that helps your body cope with the effects of sodium.

When it comes to heart, muscle, and nerve function, potassium is vitally crucial. A medium-sized banana has about the same amount of potassium as a 2/3 cup cooked Portobello mushroom.

Mushroom Buying and Storing Tips- Choose firm, dry, and unscarred mushrooms when purchasing fresh mushrooms. Mushrooms that appear slimy or wilted should be avoided. Mushrooms should be kept in the refrigerator. You should not wash or trim them until you are ready to use them in a recipe.

Make sure they’re dry- If the mushrooms have any dirt on them, wipe them off with a damp paper towel. Do not soak or wash them in water. Because mushrooms absorb water like a sponge, the finished cooked mushrooms will be squeaky rather than delicious and caramelized. If your mushrooms are very filthy, briefly soak them in water, but make sure they are completely dry before cooking.

Let’s go on to preparing the mushroom recipe and see how we can do it, including how much time each aspect will take, given that you know it won’t take long.

Turn down the heat to moderate and cook, turning periodically, for another 5 to 8 minutes, or until all of the liquid has drained and the mushrooms are dark reddish-brown with golden spots. Remove the pan from the heat and whisk in the butter or oil, sherry or vinegar, and parsley. Serve soon after mixing to coat.

In Butter on Skillet

In a skillet, melt the butter over medium heat until it begins to bubble slightly. For every 1 pound of mushrooms you want to cook, melt around 1 tablespoon of butter.

Stir the mushrooms equally inside the pan and season to taste with salt and pepper. Mix the mushrooms to thoroughly distribute the butter. These mushrooms quickly absorb the butter in the pan, so no additional butter is required.

Cook for about 3 minutes, or until the mushrooms begin to release their moisture and a small amount of juice remains in the bottom of the pan.

To cook off the extra water, increase the heat to high. Continue to cook the mushrooms for another 7 to 10 minutes, stirring once every minute to avoid sticking and achieve even browning. When the mushrooms are equally brown, remove them from the skillet.

We’ve gone over the many benefits of this edible fungus, as well as how to cook it and the precautions to take. You should be able to finish your meal quickly. This short video contains further knowledge.