If you’re having lunch in the Philippines, think twice about reaching for the nearest red condiment to smother your fries. Most people outside the Philippines have never heard of this red tomato ketchup substitute. The Philippines, on the other hand, are huge fans of banana ketchup. As the name implies, this red, sweet, and tangy condiment is made from bananas. However, if you tried it, you would never guess.

Banana ketchup is widely available in the Philippines and gained popularity after the country ran out of tomatoes during World War II and switched to making Ketchup with bananas. It is used in many of the same ways that tomato ketchup is, including on hot dogs, hamburgers, and grilled meat. While it has the savory tanginess of tomato ketchup, it also has the fruity sweet flavor of bananas

It only takes a few minutes and some stirring to make your banana ketchup. We should cook the mixture slowly for the best flavor and thick texture. Pushing it through a fine-mesh strainer will help to smooth out the mixture.

Banana ketchup goes well with grilled pork and chicken. Serve with fries for a unique take on a classic pairing.

Learn what foods you’ll need in your pantry to make Filipino dishes.

Why are Bananas in Ketchup?

Banana ketchup, also known as banana sauce, is a traditional all-purpose Filipino condiment. This sauce tastes like tomato ketchup, but it’s sweeter and fruitier due to the high banana content. UFC Banana Sauce is made with garlic, chili, and spices and has a delicious spicy flavor. Maria Orosa (1893–1945), a food chemist who wanted to reduce the Philippines’ reliance on imported goods like tomatoes, deserves credit for banana ketchup.

When the first Americans arrived in the Philippines, they brought canned goods and American condiments like Ketchup. Maria Orosa decided to make a similar condiment out of a local crop: bananas, with a little red dye, added to make it more appealing and visually similar to the American import.

Near the end of WWII, Magdala V. Francisco, Sr., began mass-producing banana ketchup. According to one story, the initial popularity of banana ketchup was sparked by American soldiers in the Philippines who ran out of tomato ketchup.

However, the concept of a banana condiment is not new in the Philippines, and the banana sauce has been popular in the Philippines for a long time. Yes, most grocery stores carry red banana ketchup. There is no tomato in the traditional version of this “ketchup.”

This is where things start to get interesting.

We were also on the fence about it. If you enjoy Ketchup, you should try this banana ketchup.

Season eggs, rice, and oven fries with it.

This, as strange as it appears, works. It’s efficient!

In Filipino cuisine, banana ketchup is used as a condiment or dipping sauce and marinades. 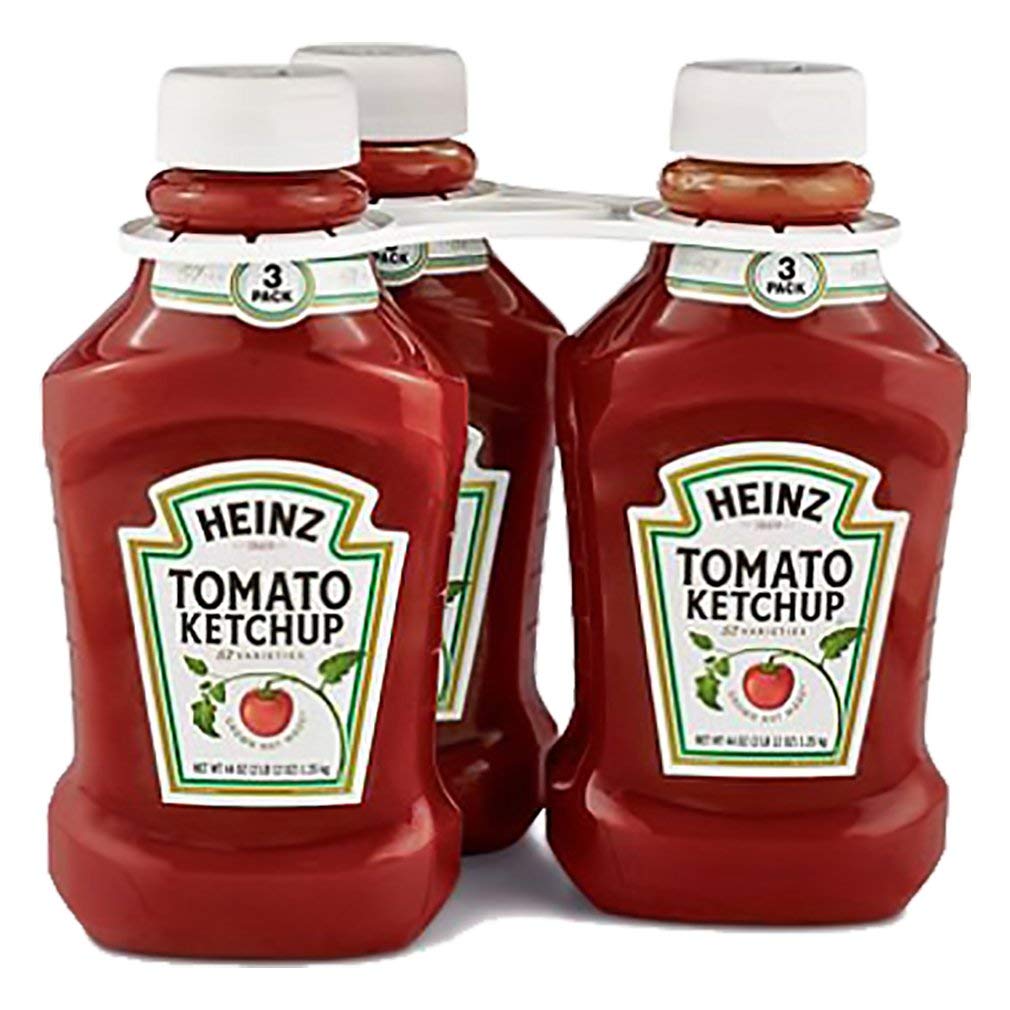 How to Make Banana Ketchup?

To taste, adjust the amount of vinegar or brown sugar.

Refrigerate in an airtight container for up to 3 weeks or freeze for three months.

Tortang along: In this take on an omelet, sliced and charred eggplant is dipped in egg and pan-fried.

For breakfast or lunch, it’s usually served with steamed rice and banana ketchup.

Filipino spaghetti: For a uniquely Filipino take on an American classic, combine spaghetti noodles with banana ketchup and cut-up hot dogs. It is a signature dish at Jollibee, a Filipino fast-food chain.

Bacon, spam, corned beef, fried chicken, and various other side dishes are among the many variations.

Tapsilog, for example, is a dish made of Filipino beef jerky, rice, and an egg. The only constant is a side of banana ketchup for dipping (aside from rice and a fried egg).

Fried chicken is a popular snack, particularly at fast-food establishments such as Max’s and Jollibee. It has garlic and black pepper flavor marinated in calamansi juice and soy sauce.

Cooking or marinating chicken in banana ketchup, or using it as a glaze, is a popular way to boost the flavor of Filipino chicken dishes.

How to Get Organized?

Refrigerate banana ketchup in an airtight container for one month; We can freeze leftover Ketchup.

Allow cooling before freezing for up to three months in a jar or container with an inch of headspace. Defrost before using.

Do you Keep your Banana Ketchup in the Fridge?

Is Vegan Ketchup Made from Bananas?

It is suitable for vegans because most banana ketchup contains vegan ingredients. However, the exact ingredients will differ depending on the brand or recipe, so carefully read the label. This banana ketchup recipe is vegan.

Firstly, Combine the oil and annatto seeds in a medium saucepan. Heat for 3 to 5 minutes, or until the seeds are almost black, over medium-low heat.

Allow for a minute of cooling before removing and discarding the seeds with a slotted spoon. If you are not using annatto seeds, proceed to the next step.

Cook until the mixture turns orange-red and the tomato is no longer visible after adding the tomato paste.

Completely incorporate the mashed bananas. The vinegar, water, sugar, pepper, clove, salt, soy sauce, and bay leaf are added. Bring to a boil, then reduce to low heat and cook, partially covered, for 20 to 30 minutes, or until thick like Ketchup! Remove from the heat and leave to cool for 10 minutes. Remove and discard the bay leaf.

Finally, in a mini food processor or blender, puree the mixture. Adjust the tartness with water, sugar, or vinegar to taste. After transferring to a jar, refrigerate for up to 3 weeks.

What is the History of Banana Ketchup?

Banana ketchup is made from finely mashed or puréed bananas.

Other ingredients vary according to brand and recipe, but vinegar, sugar, and spices are common.

Some banana ketchup is dark yellow or light brown, while others have a dash of red food coloring to resemble tomato ketchup.

Banana ketchup is a sweet and tangy condiment.

Thanks to the vinegar and spice blend, it tastes similar to tomato ketchup but with a fruity twist.

It pairs well with savory and salty foods, which helps balance out the condiment’s natural sweetness.

Where do I Find Banana Ketchup?

Banana ketchup is available in the condiments section of most Asian supermarkets.

Even though some brands are labeled “banana sauce,” they are a variant of banana ketchup.

We can also purchase this popular condiment online.

What Should you Eat with Banana Ketchup?

In terms of application, banana ketchup is similar to tomato ketchup.

This unusual condiment may sound like a dessert, but it complements salty and savory dishes by balancing the tanginess. It complements hamburgers, French fries, fish, hot dogs, fried chicken, and other classic comfort foods.

Home Banana Ketchup Storage It is important to note that homemade Ketchup is not the same as store-bought Ketchup, which We can store in the pantry until ready to use.

Once you’ve finished making your banana ketchup, store it in the refrigerator to keep it fresh.

You can keep it in the fridge for 2 to 3 weeks if you store it in an airtight container.

If you aren’t going to use it right away, you can keep it in the freezer for three months.

Is There Anything Unique you’ll Need to Make Banana Ketchup?

You’ll need very ripe bananas (the kind you’d use to make banana bread) for this recipe. The more splotchy, the better! If you use greener, less ripe bananas, the flavor will be less sweet.

Allspice is needed, and it is not the same as a mixed spice and should not be substituted!

If you don’t already have any allspice, we recommend getting some. Our One Pot Mediterranean Chicken Orzo goes great with rosemary and thyme.

To make a smoother sauce, we blitz the ingredients with a hand blender after they’ve cooled. It’s so easy and quick!

Is There a Difference Between Banana Ketchup and Banana Sauce?

Banana ketchup (or banana sauce) is popular Filipino fruit ketchup made from bananas, sugar, vinegar, and spices. It is naturally a brownish-yellow color, but it is frequently dyed red to resemble tomato ketchup.

They can keep you cool (lowering your body temperature). They contain tannin, which aids in water absorption and keeps you cool.

Where did Banana Ketchup Come from?

Food scientist Maria Ylagan Orosa is credited with inventing banana ketchup. Orosa worked to strengthen the Philippines during the 1930s by developing dishes that could replace popular imported foods.

Her dedication to using locally sourced ingredients inspired her to reimagine Ketchup, which previously relied on scarce tomatoes and now replaces them with abundant bananas.

So, Ketchup, a traditional partner in crime for fries, hot dogs, meatloaf, eggs, and other foods, has long been a fixture on diner and burger counters. This much sweeter, less tangy red sauce is banana-based, with ketchup-like color provided by the food coloring. Banana ketchup also provides a refreshing contrast to the salty foods it is typically served with, such as chicken wings and fried foods. So, if you haven’t already, give it a shot!