Many people are curious about quail taste, and the answer is very similar to chicken. The flavor of quail is more intense than that of chicken, even though it is a smaller bird. However, this type of bird is much tastier than poultry chicken and has a softer texture. A qoult is a cross between a duck and a chicken. It is a tiny bird, so its meat is tender, and bones are not too hard. 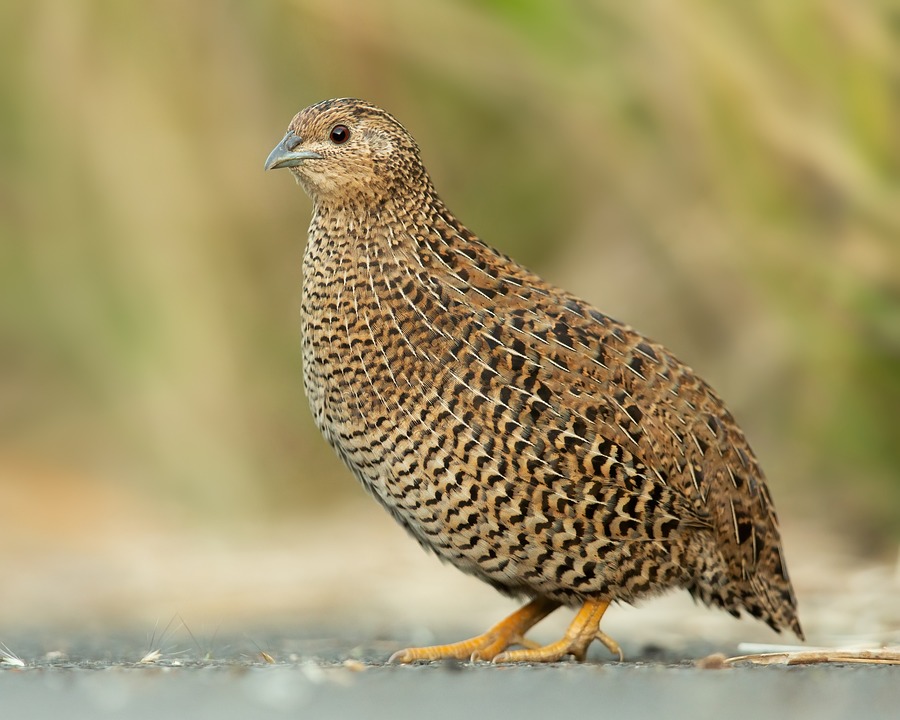 This flavor comes from the small size of the quail, which makes it an ideal choice for making dishes. Quail can be found fresh, frozen, or boneless, and the meat should be moist to prevent food safety concerns. If you’re not sure about cooking quail, rinse it thoroughly before preparing it.

The plume, or six feathers on top of the head, distinguishes quails from other birds. People have hunted quails for their eggs and meat even though they are small cute birds. These tiny birds eat seeds and grains for food and prey on insects. Excessive hunting has nearly wiped them out in some parts of the world.

Quail are ground dwellers with light feathers and the ability to fly only short distances at a time. They have a 32 to 35 centimeters wingspan, a scale-like feather arrangement, and various colors depending on the species. They can lay up to 10 to 20 eggs at a time. Quails are omnivores, meaning they can eat almost anything, but plants make up 90% of their diet. Quails are tiny birds, and the average quail is not large enough to serve a complete meal when cooked.

Quail and chicken have a similar flavor profile because they live on the ground. However, quail is far more flavorful and tender than chicken.

Quail has a flavor similar to a cross between duck and chicken. Because of how they are raised and the food they are fed, farm-raised quails will taste more like chicken. The bones of this bird are tiny and tender enough to eat.

Quail eggs are also edible and are regarded as a delectable dish in many culinary circles. The irregular black shapes on the shells of the eggs make them easily identifiable.

What does it Taste Like to Eat Quail Eggs?

Of course, they’re famous for their quail eggs! What is the flavor of a quail egg? In Asia and some parts of Europe and America, quail eggs are considered a delicacy. Because they are much smaller than chicken eggs, they are easy to identify and distinguish from other types of eggs. The shell is also covered in irregular black shapes that make them easy to identify.

Quail eggs are similar to chicken eggs in taste, but they are more flavorful and have a creamier yolk. It has a fundamental flavor, nothing too unique, and if you haven’t tried one yet, you’ll be surprised to learn that it tastes exactly like a boiled egg.

The texture of quail meat is similar to that of chicken and duck because the meat has a similar flavor. Quail is versatile in that it can be roasted, grilled, broiled, or sauteed in various ways. Regardless of how you prepare the quail, the texture of the meat will be determined by the temperature used.

The meat of the quail is tender, plump, and juicy. Like other fowl, their flesh texture is primarily determined by and influenced by their overall diet. Because their diet is controlled and regulated, farm-raised quail will have meat similar to chicken. On the other hand, free-range quail eat a diet rich in plants and fruits, contributing to the best flavor.

Is Quail a Better Alternative to Chicken?

Yes. Quail is higher in protein, lower in fat, and lower in calories than chicken. Quail is also easier to cook because it only takes minutes, which means the meat does not dry out when cooked for too long. Because eating chicken has health risks, many people who want to lose weight have switched to quail.

One serving of quail contains 70 grams of protein, which will keep you full for the entire day. In the same-sized portion, chicken has 45 grams, but it also has more fat and cholesterol. Quail has less fat than chicken, but it does have cholesterol. When cooking quail, be careful not to overcook them; otherwise, they will become dry and taste awful. Quail is a smaller bird than chicken, but it can be cooked similarly. Due to their small size, quail bones are easy to chew, making them ideal for appetizers or simply snacking while watching a movie.

These advantages add up, and quail has grown in popularity to some people raise them solely for meat production. They have a wide variety of breeds and sizes, so you can find the best-tasting bird. Quail has numerous advantages and is a delicious alternative to chicken. It may be smaller, but it compensates by providing more protein, fewer calories, and less fat.

Is the Meat of Quail White or Dark?

Quail is a small edible bird with delicate meat often mistaken for white meat rather than dark meat. It can be served as an entree or a main dish. It’s low in fat, high in protein, and contains B-complex vitamins like niacin, thiamine, and vitamin B-6, as well as minerals like zinc and iron. Because of its low-calorie content per serving size, nutritionists recommend quail to those trying to lose weight or maintain their current weight.

It also contains dietary fiber, which aids digestion by moving food more quickly through the digestive system from ingestion to elimination from the body. Many people are curious about the type of meat quail has because it can be prepared similarly to chicken or turkey, but the nutritional values are different. The main distinction between dark and white meat is the amount of myoglobin in each.

Myoglobin is an iron-containing molecule that helps aerobic respiration by transporting oxygen to the metabolic organs from the lungs. Myoglobin concentration is higher in dark meats than in light meats. Other factors, such as cooking and fat content, may also play, but myoglobin is critical in distinguishing white meat from dark meat.

White meat is primarily derived from the wing and chest muscles of birds, and as a result, it is more tender than dark meat. Leg and thigh muscles provide dark meat. These meats have more connective tissue, resulting in stronger muscle fiber, and are more flavorful due to higher concentrations of nutrients like myoglobin, which enhance flavor.

Is Quail a Healthy Meal?

When comparing the benefits of quail meat to chicken or duck meat, quail meat comes out on top. It contains more amino acids, minerals, and vitamins than chicken and duck and more minerals and vitamins.

How to Serve Quail?

Quail is a tasty, healthy, and relatively simple bird to prepare and eat. It’s not difficult to cook, and the flavor is mild, making it a good choice for a dinner party. You can buy quail fresh, frozen, or bone-in, and you should always use butter or oil to prepare it. Its fat content is similar to chicken. So, it’s very versatile.