As a home cook, you’ll agree that salt is an essential component of any dish’s flavor. Fleur de sel is one of the various types, a pricey salt with a delicate and flaky texture, and most importantly, a taste reminiscent of the sea. Fleur de sel is typically used as a finishing salt in the kitchen, sprinkling immediately before serving.

Fleur de sel is a great ingredient to have in hand for your recipes, but due to its pricey nature, it may not always be affordable or available for use. As a result, it is important to consider available substitutes in its absence.

In this article, we’ll describe the features of fleur de sel to understand how any substitute can sufficiently replicate its effects in meals. Also, take note of appropriate substitution amounts and methods that will guarantee the best tasting results in your recipes. 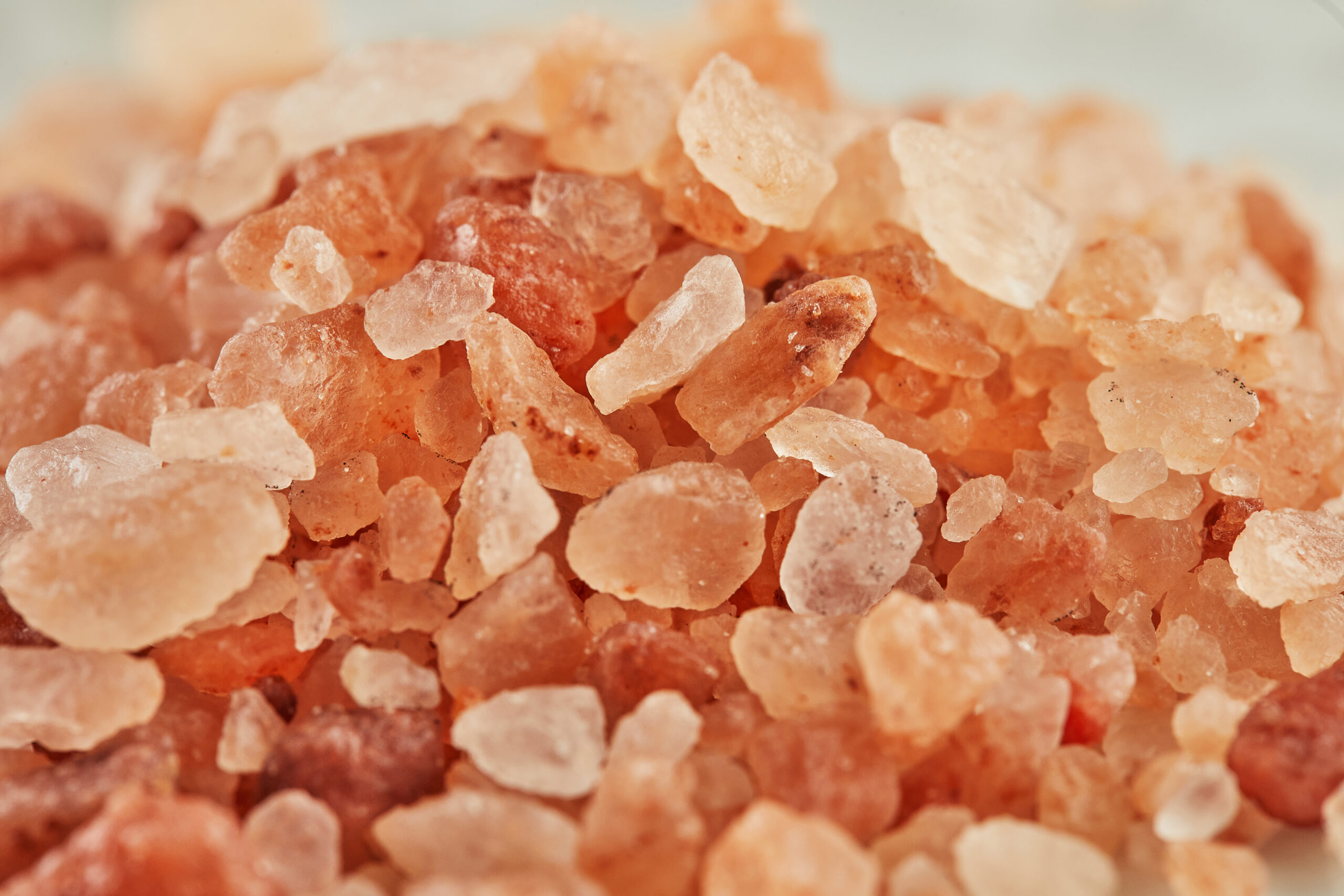 What is Fleur de Sel?

Fleur de sel, also known as flor de sal, is a salt that develops as a thin, delicate coating on the surface of saltwater as it evaporates. The floral patterns of the crystals contained in the salt‘s crust inspired its name. Since prehistoric periods, Fleur de sel has been harvested and used as a purgative and emollient for centuries. It is now used to flavor and decorate meals as a finishing salt.

Fleur de sel isn’t always as white as table salt; clay from the salt marsh beds gives it a pale gray or off-white color. Because of the presence of a species of pink microalga frequently found in salt marshes, it can have a softly pink hue. The fleur de sel from Ria Formosa in Portugal, on the other hand, is white.

Although only about 5% of salt is used in culinary activities, fleur de sel is used only to flavor meals. It is not substituted for salt during cooking; rather, it is applied as a garnish, a “finishing salt,” right before serving the meal. It is typically used to enhance the flavor of eggs, fish, vegetables, meat, caramel, and chocolate.

Fleur de sel contains a lot more moisture than regular salt. Because of this moisture, it does not dissolve immediately on the tongue, leaving a lingering taste.

It’s also not simply sodium chloride because of its unrefined nature; other minerals like calcium and magnesium chloride give it a more nuanced flavor. These compounds make fleur de sel taste saltier than salt, giving it a flavor that has been characterized as “sea-like.”

When fleur de sel is introduced into recipes, it imparts these complex flavors into the meal, giving them a delicious quality. Some of such recipes that benefit from the addition of fleur de sel include the following:

Due to its higher moisture content, fleur de sel tends to have a distinct saline flavor reminiscent of the sea, much different from the quality of other salts. It is typically used as a finishing salt, imparting a delicious quality into different recipes.

However, fleur de sel may not always be available for use due to its pricey nature. It may also be hard to find in your location, so in this case, it is necessary to consider using a substitute.

Some of the suitable substitutes for fleur de sel include the following: 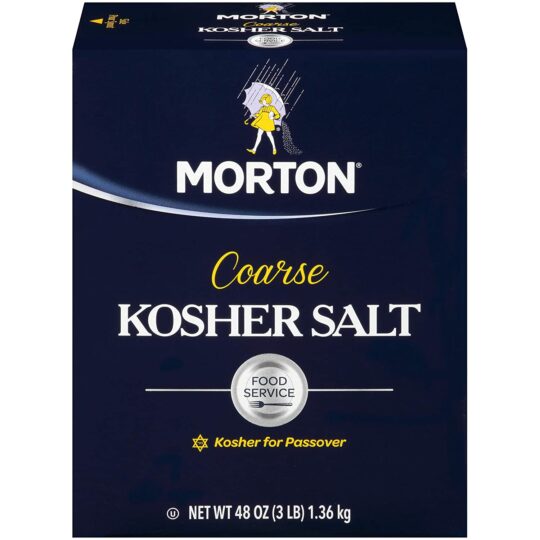 In a chef’s recipe book, kosher salt is one of the more popular varieties. Kosher is distinguished by coarse grains and the absence of iodine. The coarse and wide Kosher crystals add a pleasant saltiness to meals. Kosher, like fleur de sel, does not dissolve easily.

It adheres to the food’s surface, providing a crisp and crunchy quality. Because of these factors, recipes that include kosher salt are extremely flavorful, despite the low quantity of salt. To replace fleur de sel in your recipe, simply add an equal amount of Kosher salt.

Compared to the salt flower, Kosher is less expensive and more easily available. As a result, you may easily use it to substitute regular cooking. 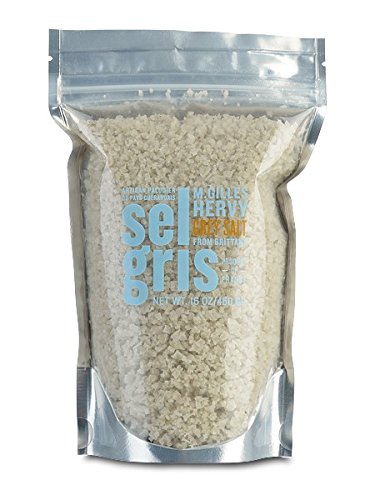 Sel Gris has a gray color, similar to salt pond clay, and it is unrefined, with small, irregularly shaped crystals. Sel Gris has a flavor comparable to fleur de sel but higher mineral concentration.

The flavor of seagrass is typically salty and spicy. In terms of application, seagrass is highly adaptable and can be sprinkled on top of meals. It can also be used as a filler in meats, veggies, and casseroles.

Solaris has many health advantages, including improving good sleep habits and boosting immunity and cognition-enhancing abilities.

Is sea salt the same as fleur de sel?

Seawater is the source of both fleur de sel and sea salt. The characteristic pyramid-shaped crystals that rise to the top during the evaporation process are fleur de sel. After all the seawater has evaporated, what’s left is sea salt.

Is fleur de sel the same as Maldon sea salt?

The fundamental distinction between salt types is the bright, oceanic, delicate moist flavor that fleur de sel. Because fleur de sel contains more moisture, it lingers in flavors longer than Maldon salt, which is dry, giving it longer shelf life.

What kind of salt do professional chefs use?

Many cooks tend to use Diamond Crystal Kosher Salt for large-batch seasoning, and this is an excellent heavy-duty salt for flavoring restaurant-sized quantities of stews, soups, and roasts. Chefs frequently use sea salt to finish recipes, particularly Maldon Sea Salt.

Some cooks consider fleur de sel an unnecessary and expensive ingredient, while others love its characteristic clean and briny quality. Regardless of which group you fall under, fleur de sel can be a great addition to your recipe, introducing a nice seafood finish.

If you don’t have any on hand to use in your recipe, you could try experimenting with our suggested substitutes. They possess comparable flavors and similar qualities that help them work sufficiently in place of fleur de sel in recipes.