You’ve heard the numerous claims that spare ribs cooked at 350F make an excellent dish, and you’re curious to find out. These tasty and rich pork ribs are already a delicacy very few can resist and feature on tons of barbecue and summer menus every time. But alas! You never figured out how long the ribs should cook, which is a bummer if you don’t want to ruin the dish. But relax, as spare ribs cooked at 350F aren’t as difficult as you feared. 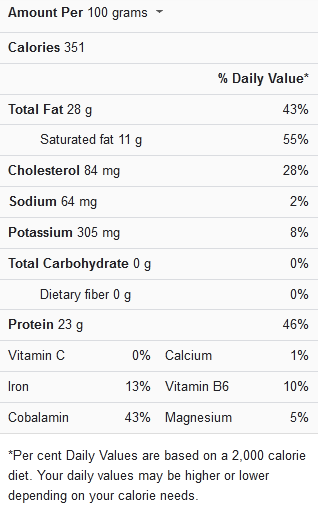 Pork ribs are meaty with a decent amount of fat, meaning they’ll contract and lose moisture quicker if subjected to a high temperature. But at 350F, the ribs go through a steady cooking process that allows the fat to melt and contribute its juiciness to already soft and succulent meat. Plus, you can easily track the temperature level with an oven and toss the spare ribs under the broiler for an extra crispy exterior after it’s cooked!

Wash the ribs under running cold water to remove any grit or chip on them. You can also pull off any loose fat or chunk if you feel so. But perhaps the most important prep for spare ribs is taking off the silver skin. This white membrane makes a tough layer spreading over the bones and doesn’t cook no matter how long the recipe takes.

You can remove the silver skin by sliding a knife underneath to separate it from the bones, then pull it off with one hand or use a paper towel for a better grasp if it turns too slippery.

Most prefer to liberally dust the spare ribs with their favorite spice rub before baking or make some with herbs, seasoning, and spices and the meat’s juiciness is enough to develop a moist result in most cases. But others may worry about the oven drying the pork too soon, thus subjecting the spare ribs to a brine of sugar, salt, and cold water.

Aromatics and herbs can also be added to the brine, and the ribs are allowed to sit in it for two hours in the fridge. Afterward, they can then be seasoned with a spice rub. If the spare ribs were brined, ensure to pat dry with paper towels.

You can encourage a more flavorful recipe even if you use only a spice rub for spare ribs but simply let it sit in foil for 30 minutes or overnight before cooking. During that time, the meat will absorb the seasoning, and the longer you let it, the more robust the flavor will turn out.

Spare ribs will cook for two to a half hours in a 350F oven, depending on the meat’s size. But you’ll want the bones sticking out half an inch from the meat, indicating that the connective tissues and collagen are completely broken down. But, a visual indication isn’t enough when cooking pork, so consider using a meat thermometer to check for a safe doneness temperature of 145F. Afterward, continue cooking the spare ribs to 185F to 200F, so the collagen is fully broken down to gelatin.

You’ll be cooking the spare ribs with the fat side up, so the fat melts into the meat. The ribs should also be uncovered, so it develops a crispy exterior. But if you prefer to cook it wrapped in foil, ensure to first sear the spare ribs under the broiler for a few minutes to develop the browning. Wrapping the ribs in foil lets them cook by steam, resulting in a faster recipe.

If you’re adding a sauce, brush it over the spare ribs 30 to 60 minutes before doneness, so it caramelizes over the meat. And if you’re using a braising liquid to keep the spare ribs moist, prepare this beforehand and pour it into the wrapped meat (braising works best when the ribs are wrapped in foil).

The spare ribs’ resting time is just as important as the cooking time, so ensure not skip it. Once the meat is done, remove it from the oven and let it sit uncovered for five to 10 minutes. As the spare ribs rest, the juice is reabsorbed by the meat, making them tender and moist.