So, picture this; you’ve decided on making enchiladas for the day and already have the recipe book opened. You scroll through the list, nodding in approval as you go. But you stop in panic as your eyes come across the shredded chicken. Well, you’re not the only one to have felt this way at some point. After all, no one keeps shredded chicken around, hoping to use them someday.

Like many other recipes, enchiladas call for shredded chicken, and the chance of having a bag or plate of it sitting in the freezer is relatively low. But you can still meet the demand by preparing a fresh batch of shredded chicken and finish that delicious enchilada dish. And as a plus, you can keep the leftovers for other recipes like quesadillas, chicken sandwiches, and casseroles. 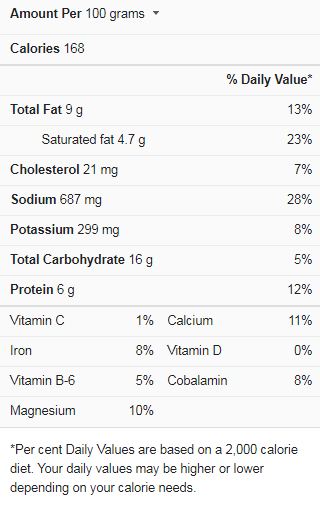 Of course, you may worry that cooking chicken for enchiladas would be demanding, but it’s far from true. Not only is the recipe easy, but it can also be done in a variety of ways. But whichever method you choose, ensure to keep these few tips in mind;

Consider the Chicken Cut-Both the breasts and thighs make excellent shredded chicken, so you can pick any you wish. And you can choose between bone-in with skin-on and boneless skinless options. But note that the thighs offer darker meat with a more robust flavor compared to the breast. Also, make sure the chicken has the lowest percentage of retained water possible, so you get more meat after cooking.

Consider the Seasoning-Shredded chicken for enchiladas is mainly cooked with enough flavor to blend into your recipe. So, you can proceed with only a generous sprinkle of pepper and salt. But if you want the recipe to deviate to a particular flavor profile, then consider other seasoning and spices as well. You’ll have options ranging from poultry seasoning to fresh herbs, bay leaves, garlic, ginger, and Mexican spice mixes.

Frozen or Fresh-Of course, fresh chicken is most convenient for this recipe, but frozen ones also work. The only downside is you’ll have to extend the recipe by a few more minutes, but it’ll barely bother.

Avoid Overcooking-Chicken needs to cook to a safe temperature of 165F, so be sure to check it regularly with a meat thermometer. Poke the probe in the thickest part of the chicken to find out. And to be sure it doesn’t overcook, take the chicken down at five degrees before the doneness. Then, cover it to rest for five minutes, so the carryover heat cooks it to 165F.

You can make chicken for enchiladas in several ways, and each method is easy.

On the Stove- Put the chicken in a pot, with only a few slight overlaps, and add the seasoning. Then cover with about an inch of water and bring the pot to a gentle boil. Lower the heat, so it simmers for eight to 16 minutes, often checking till it reaches 160F. Then, set it down, tent, and let the internal heat cook it to 165F.

In the Oven- Arrange the chicken cuts on a baking pan or cookie sheet, and season generously with spices and oil. Roast the chicken for 20 to 22 minutes until it reaches 160F. Then, set it down, cover, and rest, so it cooks internally to 165F.

In a Crockpot- Put the chicken cuts in the slow cooker and add the spices and seasoning. Pour in water or chicken stock and close the lid. Cook the meat on LOW for eight hours or HIGH for four hours. When the internal temperature reaches 160F, take it down and tent for five minutes. The internal heat will cook it to 165F.

Instant Pot- Toss the chicken into the instant pot along with the spices, seasonings, and broth. Then seal the lid, set the instant pot to MANUAL, and program to 15 minutes. When the timer indicates completion, carefully release the pressure valve and let the pin drop to zero. Then, carefully open the lid and take the chicken out for shredding.

You can shred the meat with a hand mixer or use two forks to pull the meat apart. Or you can also let the chicken cool and shred it with your fingers. And if this process seems tedious, you can dice the chicken with a knife into smaller bits. It works either way!

Here’s another video recipe for more ways to cook chicken for enchiladas.