So, you’ve had tons of lobster tail menus at gourmet restaurants and barbecue stalls. And you’d like to try a hand on it in your kitchen. But you’re unsure where to start or how to go about it. Well, don’t be discouraged because you’re not alone. Here you’ll get the full scoop on how those fancy restaurants and top-notch grill masters make it happen. And if you’re patient, you’ll finally find yourself on the same level of cooking lobster tails as these people. 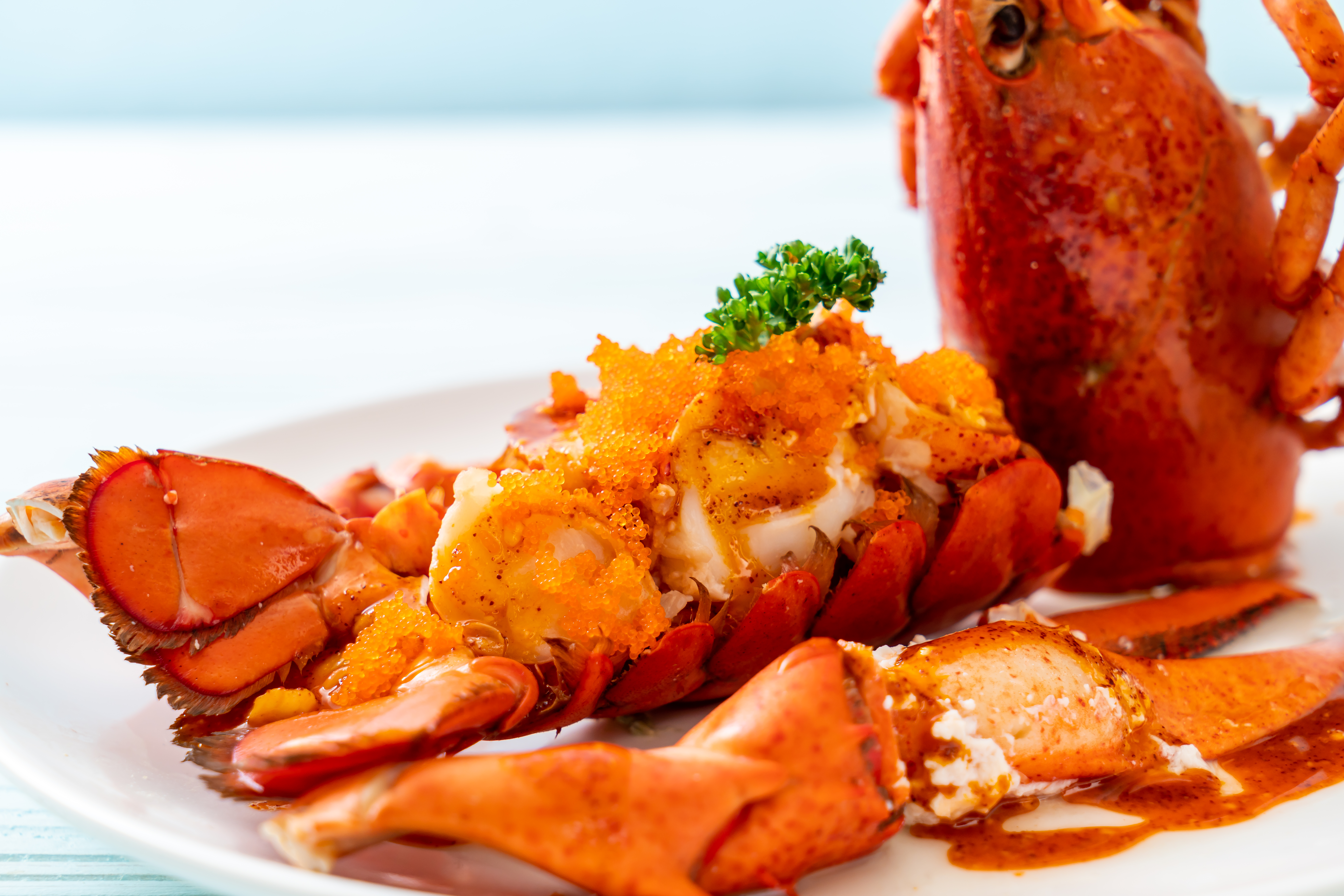 You can choose between fresh and frozen lobster tails, but it helps to know how best to select them. If you find fresh lobster tails, ensure they’re free of an aroma smell or cottage-cheesy consistency. You’ll want them dark-brown, with firm grey meat.

You may not have such issues with frozen lobster tails, but a quick recheck after thawing helps. And if you note any of these red lights in the thawed tails, discard them immediately.

Lobster tails need to be rinsed, cut open, and seasoned before cooking. And here’s how to go about it;

There are two ways to thaw lobster tails at home; either leave it in the fridge overnight or quick defrost in a bowl of cold water. For the second method, leave the frozen lobster tails in water for 30 minutes, and take them out when the flesh softens.

Once the tails are defrosted, pat them dry with paper towels, especially if you’ll be sautéing, baking, or grilling.

While some prefer to directly cook the tails, exposing the meat from the shells makes a convenient and tastier option. Do this by slicing open the shell from the center top downwards with a pair of shears or a knife. You’ll also want to stop cutting just before the tail, after which you pry the cut shells, so the meat is pushed up. Then, gently pull the meat to sit on the shell without detaching from the tail fin.

Once the meat is exposed, you’ll notice the lobster’s gut, a black streak that stretches down the flesh. Pull this out; otherwise, the meat will be rendered bitter if it’s cooked intact.

Lobster tails welcome different flavors, so the choice of seasoning depends on your preference. And you can add the seasonings and spices before or after cooking, or both. Depending on the method you cook, you can use dry or wet ingredients to add flavor. Most direct-heat methods like grilling and oven-baking excel with sprinkles of pepper, paprika, salt, and smears of melted butter. But boiled lobster tails are best seasoned after cooking and can use whatever seasoning you prefer.

Many techniques exist for lobster tails, so we’ll explore them using the three most common cooking methods at home.

Baking: Prep the lobster tails as instructed above. Then, place them in a baking container and season as desired- add a bit of water at the bottom of the pan for large tails. Bake the lobsters in a 450F oven for 12 to 15 minutes or one to two minutes per ounce.

Broiling: After prepping and seasoning, arrange the lobster tails in a pan and place the rack close to the broiler element. Slide the pan so the lobster tails are directly under the broiler, and cook at one minute per ounce or until the meat turns slightly opaque and brown.

Boiling: Place a pot on the stove, and add water and salt. Let it roll to a gentle boil, and then add the lobster tails. Cook the shells at one minute per ounce, or until you notice the shells go red and the meat white and succulent.

Sautéing: Cut the shells open and reveal the meat. Then, bring a pan to heat and add some oil and butter. Let this mixture melt, and then squeeze in the juice from half a lemon. Stir, and put the fleshy side of each lobster tail on the pan. Leave them to cook for two minutes, then turn them to their shell sides and cook for another two minutes, until it turns pinkish-red. By now, you should notice the meat turn opaque.

After prepping and exposing the flesh, put a skewer in each lobster tail and brush the meat and shells generously with seasoning and butter/oil mix. Arrange the skewered tails on the grill with the flesh side down, and cook for five minutes uninterrupted. Then, turn the tails to their shell sides and cook for five minutes. The lobster tails are ready when the shells turn reddish-pink, and the flesh becomes succulent and opaque.

This video recipe is another method you can try.