Making baked goods seems almost impossible without dry yeast. This ingredient plays a vital role in preparing dough for baked goods; you can’t imagine doing without it. But like every other item in the pantry, you may run out of dry yeast and not know in time. And when that happens, does it mean you can’t bake until you run to the grocery for a new batch?

The good thing is you can still prepare your favorite baked recipes even when you don’t have dry yeast. These substitutes come in handy for dishes like pizzas, donuts, cinnamon rolls, and even dough for bread. These instant yeast alternatives can also help you in recipes that require fermentation.

What exactly is Dry Yeast?

Dry yeast is a baking ingredient comprised of a living organism. The organism is a fungus named Saccharomyces cerevisiae, and it thrives in a sugary environment. Dry yeast is usually sold in baking stores as a regular ingredient in two forms; instant yeast and active dry yeast. Instant yeast is a dry yeast that can be directly added to the dry ingredients, and it takes less time. However, active dry yeast needs to be first mixed with a liquid element like eggs, milk, or water before it’s incorporated into the dough.

When it’s mixed with sugar and water, dry yeast activates and feeds on the sugar. As it digests the sugar, it realizes carbon dioxide bubbles into the dough. The carbon dioxide gas expands when the dough is exposed to heat or at room temperature. This reaction leads to the dough rising and gaining volume, a condition that bakers call leavening. The yeast also causes the formation of gluten in the dough.

The more leavening the dough is allowed to have, the larger, softer, and fluffier the baked goods come out. This condition is why bakers will leave the dough to sit at room temperature for some time after mixing it with dry yeast. The result of this extra sitting time is a larger size in the baked goods. This advantage offered by dry yeast is why it’s regularly used in numerous baking recipes such as;

Making a tasty serving of dinner rolls and discovered you’ve run out of instant dry yeast? Don’t worry, as you can still make quick use of any of these handy substitutes. IT’s imperative to note that yeast is a living organism, and as such, nothing can completely take its place. But these alternatives will give your dough an acceptable amount of leavening, so they’re great for times when you’re in a pinch.

Since you’re dealing with a baking recipe, you’re sure to have a jar or sack of baking powder somewhere in your pantry. If you do, your problem is solved, as baking powder makes a great substitute for dry yeast. Baking powder comprises a mixture of baking soda and cream of tartar, the latter being an acid. Together, the ingredients produce carbon dioxide bubbles in the dough by either reacting with the dough’s moisture or heat. Whichever way is used, the released carbon dioxide gas causes the dough to rise, as dry yeast would.

When using baking powder, go for double-acting varieties, as these are the most effective for this purpose. Plus, baking powder allows you to prepare your baked goods faster since its effect is immediate and doesn’t need the dough to sit first. And it can be substituted for dry yeast at equal ratios in quick bread, biscuits, and cake recipes. 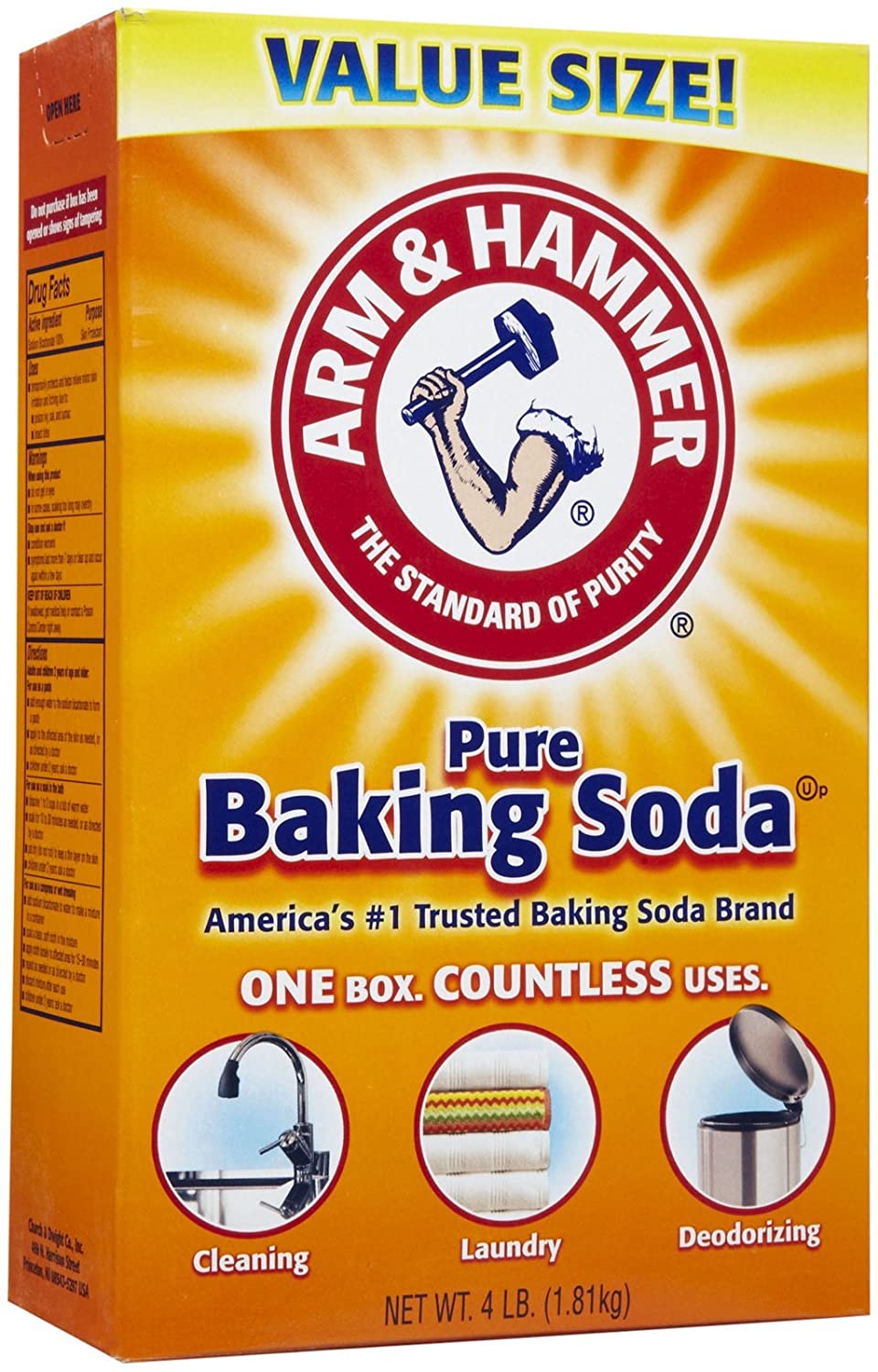 This option is another popular baking ingredient that also helps to leaven bread if you don’t have dry yeast. But baking soda must be mixed with an acid to release the carbon dioxide bubbles needed to raise the dough. Like with baking powder, the dough doesn’t need to sit before it rises when you use this mixture. And examples of acids you can combine with baking soda to make it into a leavening agent are buttermilk, lemon juice, cream of tartar, and a one-to-one ratio mixture of milk and vinegar. 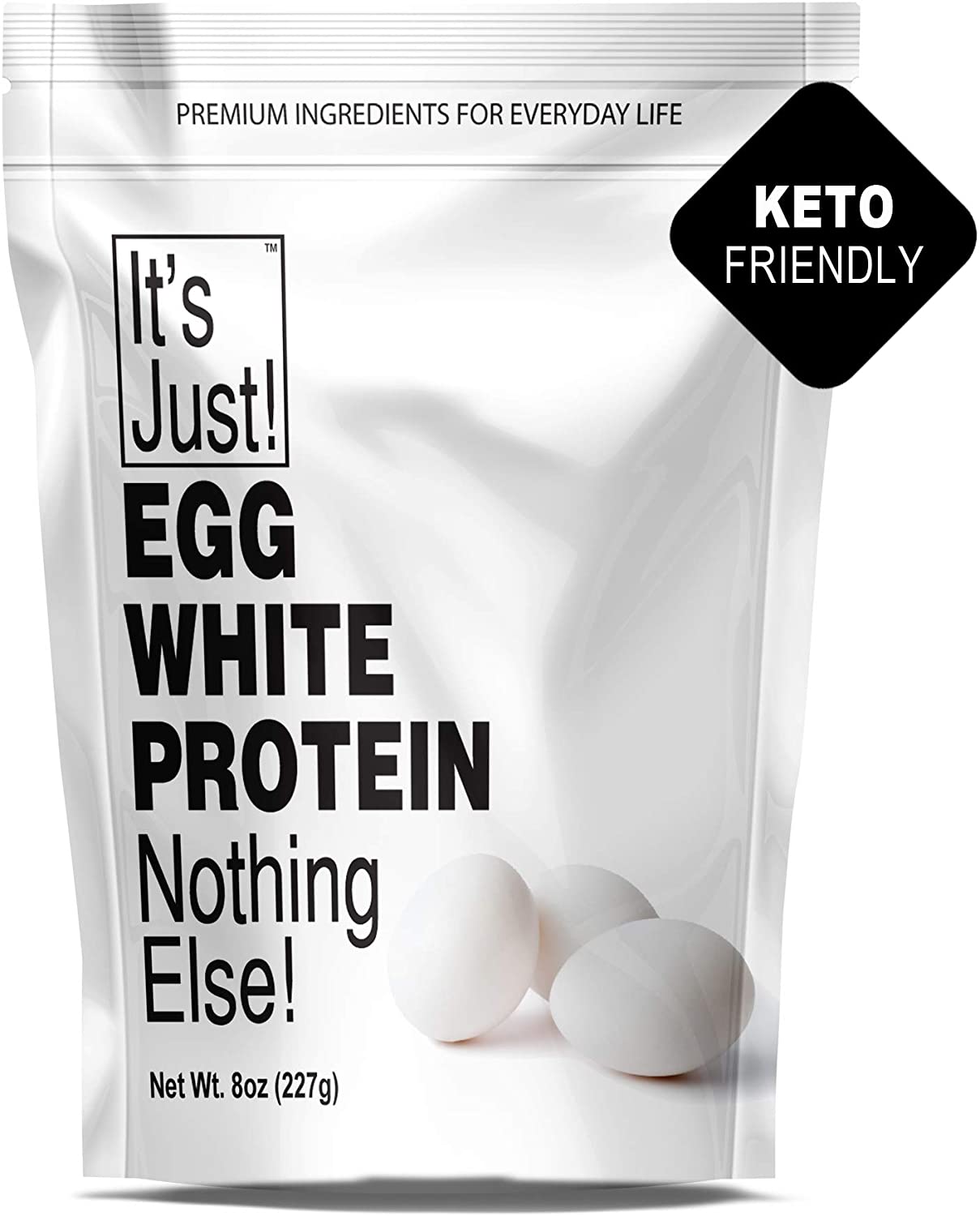 When beaten, egg whites trap air bubbles, which can help leaven dough when mixed. And since eggs are an easy-to-get ingredient in the kitchen, this option is great for times when you’re in a big hurry. You can mix beaten egg whites into the dough in different ways. You could beat it in with some of the sugar from the recipe and fold them in with the dough. You could also add a bit of club soda so you’ll get more air bubbles when you beat the egg whites.

If the recipe already includes eggs, add the yolk to the liquid ingredients and use whites. If it doesn’t, you can store the yolk for some other time. This option is a convenient substitute for muffins, cakes, and pancakes. And for every teaspoon of dry yeast, beat the white of two eggs. 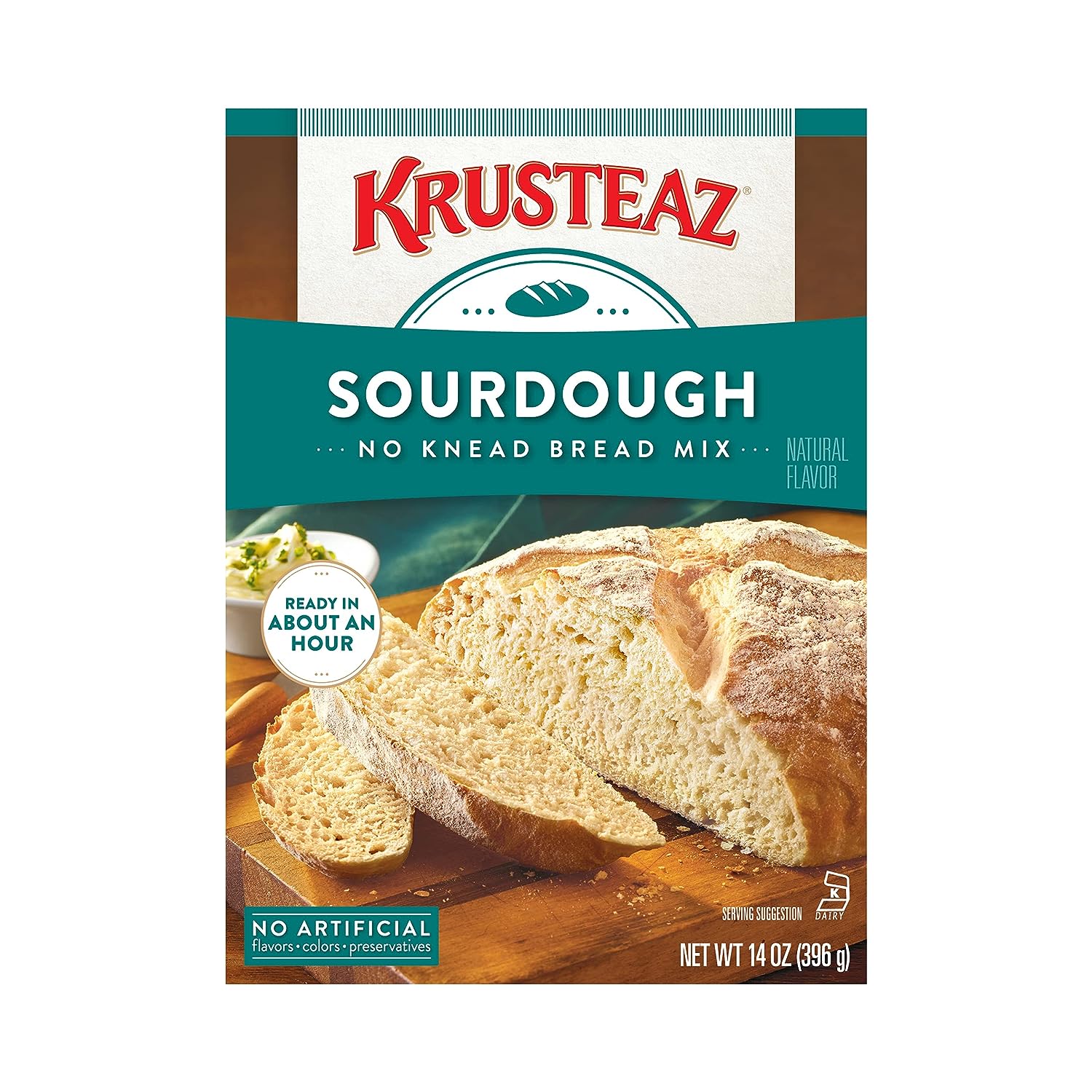 The sourdough starter takes a long time to prepare, and it also needs attention. So, unless you already have some at home or can spare these requirements, it may not be the best option for you. But if you have some in your kitchen, a cup of sourdough starter can substitute for two teaspoons of yeast. 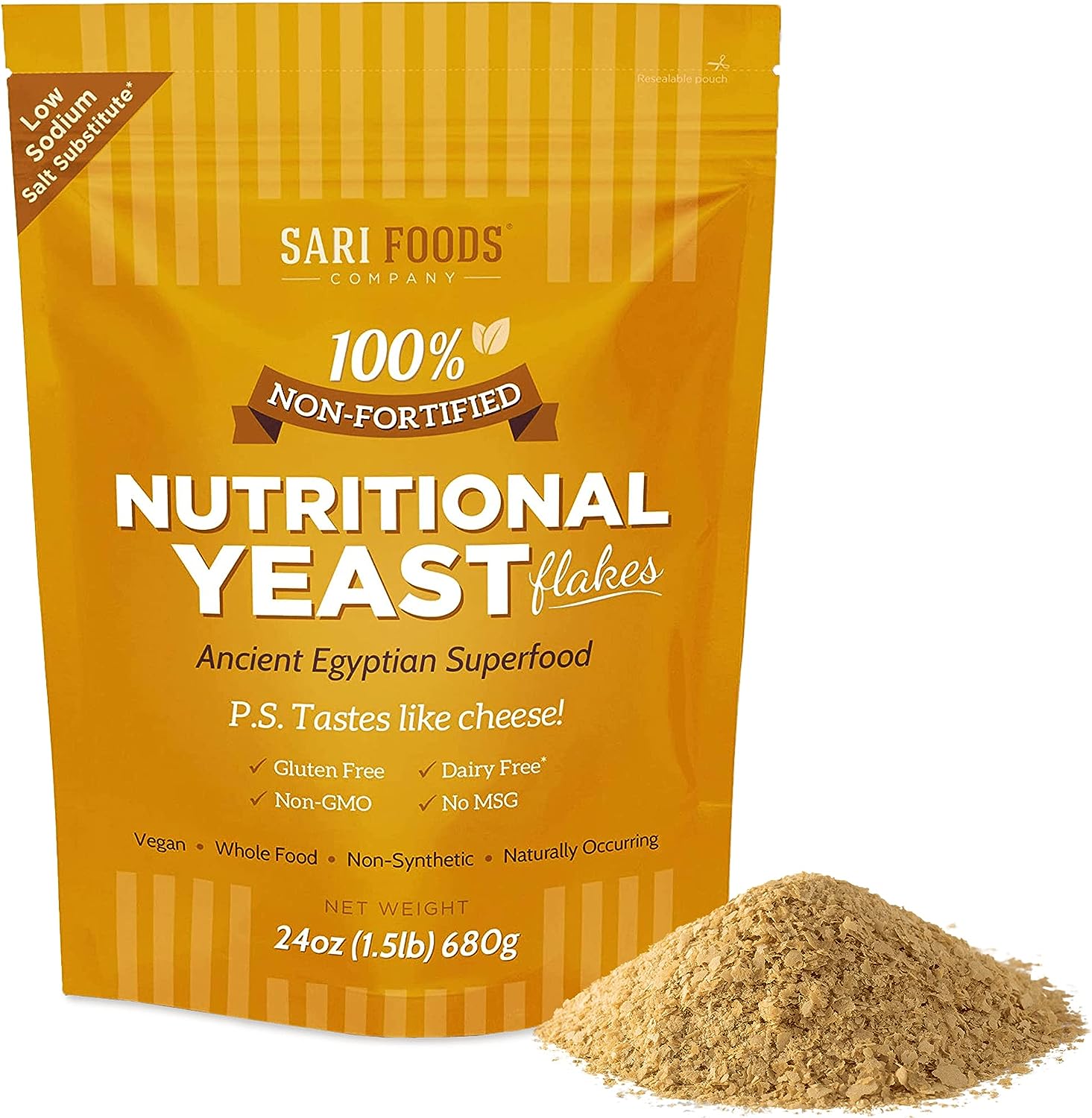 The only reason why you’d consider a substitute for yeast, to begin with, is that you’ve run out. But this applies mainly to dry yeast, so if you happen to have any other type of yeast in your kitchen, you can use that as well. Yeast mostly comes in two forms; dry and wet. The dry varieties are the ones we already know. The wet yeast, also commonly called cake yeast, comes in a block-like form, no different from a cake.

If you have wet yeast, you can use it in equal quantities in place of dry yeast. You can mix it into the wet ingredients or break it down and knead it into the dough.

How do you make dry yeast at home?

You can make your batch of dry yeast in the comfort of your kitchen, using a sterilized jar, some water, raisins, sugar, and clean water in a sterilized jar. Raisins have traces of yeast in the skin, especially when they haven’t been waxed or washed. Add ¾ jar of water to four tablespoons of raisins in the jar. Add some tablespoons of sugar to induce the fermentation process and loosely close the lid so that air can escape. Stir once daily for four days until you notice bubbles forming at the top. Store this homemade yeast in the fridge to keep it alive.

Can you use Marmite instead of yeast to make bread?

Marmite is an extract derived from baker’s yeast, and when mixed with warm water, it makes an excellent leavening agent. But Marmite isn’t as effective as instant yeast and won’t give your dough the same rise. Still, it works well to add airiness to your baked goods, only slower.

It’s advised not to consume too much yeast, as an excess of it can cause health problems. But controlled intake of small quantities of yeast is recommended for the body.

You don’t have to panic if you run out of dry yeast for your baking recipes. Grab any of these handy substitutes if you have them in your kitchen. Since leavening is what you’re looking for, they’ll add a considerable amount of it to your dough. And though your baked goods may not be as fluffy or soft as you’d expect from dry yeast, the results would still be acceptable.