If you’re wondering what bone broth tastes like, you’re not alone. Most people have heard of it, but they don’t know how to make it or flavor it. The basic taste of bone stock is the same as that of soup, and you can eat it as a standalone meal, too. You may find it a bit bland, but there are plenty of ways to enhance it. 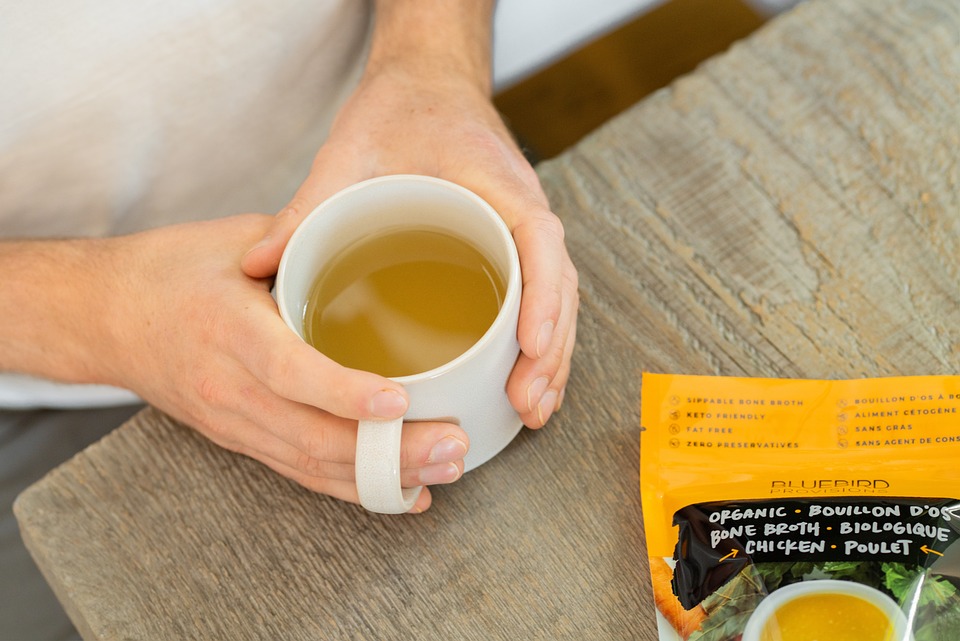 The clear, protein-rich liquid created by boiling meaty joints and bones in water is bone broth. It differs from stock in that it takes a long time to cook. It can be used as a base for soups, stews, and risottos in the same way that stock can. Stock is used as a foundation for soups, sauces, and gravies by chefs, and some people just drink it by themselves.

What Is Bone Broth?

Bone broth is a liquid made from animal bones and connective tissues cooked with spices and herbs.

According to Harvard Health Publishing, Bone broths are a vital component of the Paleo diet, which is based on an ancient eating regimen believed to have been followed by hunter-gatherers.

This diet consists of chicken, meat, and even fish and fruits and vegetables on occasion. However, it has a higher proportion of bones. According to The New York Times, these animal bones contain collagen, minerals, and amino acids, making them an excellent source of numerous health benefits.

The protracted cooking method extracts every ounce of goodness from the bones. Add some spices, herbs, wine, or vinegar to enhance the flavor. Bone broths are so adaptable that many people substitute them for coffee and tea.

Bone broth can be seasoned with salt and other seasonings. However, it tends to be too salty if you use it in cooking. You can use it as a base for other flavors or simply drink it as a drink. Bone broth is less salty and blander than regular broth, and its liquid is thick and greasy, unlike soup stock, which is thin. The texture of bone broth is greasy, and it feels thicker in the mouth. If the broth tastes like water, it is likely because it has too much water.

Be sure to cook the bones at a simmer until the water content is half its original amount. Its meatier flavor will be more pronounced than that of store-bought broth. The chicken broth will have a wonderful flavor and resemble a liquid roast chicken supper. On the other hand, a beef bone broth can be considerably richer and have a more excellent meaty flavor. Other bone broths, such as lamb, duck, or pork, will have a milder flavor than beef broth.

Bone broth is simple to create and savory in addition to a variety of sophisticated and delectable dishes. It’s also a fantastic technique to put otherwise inedible animal bones and tissues to good use.

Because each batch of bone broth is different, calculating the exact nutritional content is impossible. However, beef stock is one of the most frequent broths globally; it’s a good starting point. A cup of beef bone broth contains the following ingredients:

1. Beneficial to gut health and digestion

The most prevalent protein in bone broth is gelatine. Gelatine binds with water to reach the digestive tract, allowing food to pass through the intestines healthily.

Although additional research is needed to establish the relevance to people, animal studies suggest that gelatine and other amino acids in bone broth may promise therapeutic in inflammatory bowel disease.

2. It has the potential to protect the joints

Bone broth contains gelatin, converted to collagen in the body, particularly crucial in the joints. Continuous use causes the cartilage in the joints to wear down or shrink, which can put more significant strain on the joints, leading to damage due to the increased pressure.

According to a 2017 review published in the journal Sports MedicineTrusted Sources, gelatin supplementation increases the amount of collagen in the tissues in both laboratory and animal trials. This may assist in reducing the amount of stress placed on the joints.

Bone broth is a fantastic method to get more gelatin in your diet, which may help protect your joints.

3. It may aid in the treatment of osteoarthritis

Bone broth has chemicals that help maintain joint health and may even help those with osteoarthritis.
Collagen was derived from chicken connective tissue. Its findings demonstrate that collagen can help persons with osteoarthritis alleviate symptoms like pain, stiffness, and decreased physical function in their knee joints. Bone broth may be a simple approach to getting the same collagen and other beneficial elements into the body.

4. May aid in the promotion of sleep

Glycine, an amino acid found in bone broth, serves a variety of roles in the body, including promoting good sleep patterns. Dietary glycine has been shown to improve the sleep quality of persons with insomnia in studies. Glycine is supposed to regulate our internal body clock and reduce body temperature to get us ready for sleep.

5. It could help you lose weight

Bone broth may also aid in weight loss. It’s high in protein, which keeps you feeling fuller for longer and helps you lose weight.

According to a 2017 study published in the Journal of Renal Nutrition, a cup of chicken bone broth provides more protein than a cup of regular chicken broth.

Drinking bone broth or preparing a simple soup can help you get more protein in your diet and feel more satiated with your meals without eating too many calories.

How To Make Bone Broth?

Bone broth can be made from bones. Typically, you can use chicken or beef bones. Depending on the type of broth you make, you can use it as a base for other flavorings or drink it straight. Often, bones that have been cooked in the broth will have a salty flavor, but this can be improved by adding more salt. A few more simple steps will make your broth taste like a gourmet beverage!

Things To Keep In Mind While Buying Or Preparing Bone Broth

When buying a jar of bone broth, look for the following key features. The jar should be clean and contain only the broth. It should be simmered for several hours, and it should not be too hot. Otherwise, it could burn or get contaminated. You may want to purchase a jar that contains more protein than the pictured amount. If the jar is steamed, it will likely contain more than half of the liquid.

Besides being a base, the broth should also be flavorful. When using bone broth in cooking, it is best to taste it before using it. Adding a pinch of salt to the broth will help make it more flavorful. You can also add flavorings to it if you’re planning on drinking it as a drink. It is likely because there’s too much water in the broth if it tastes like water. Be sure to heat the liquid at a simmer until the volume is reduced to half. 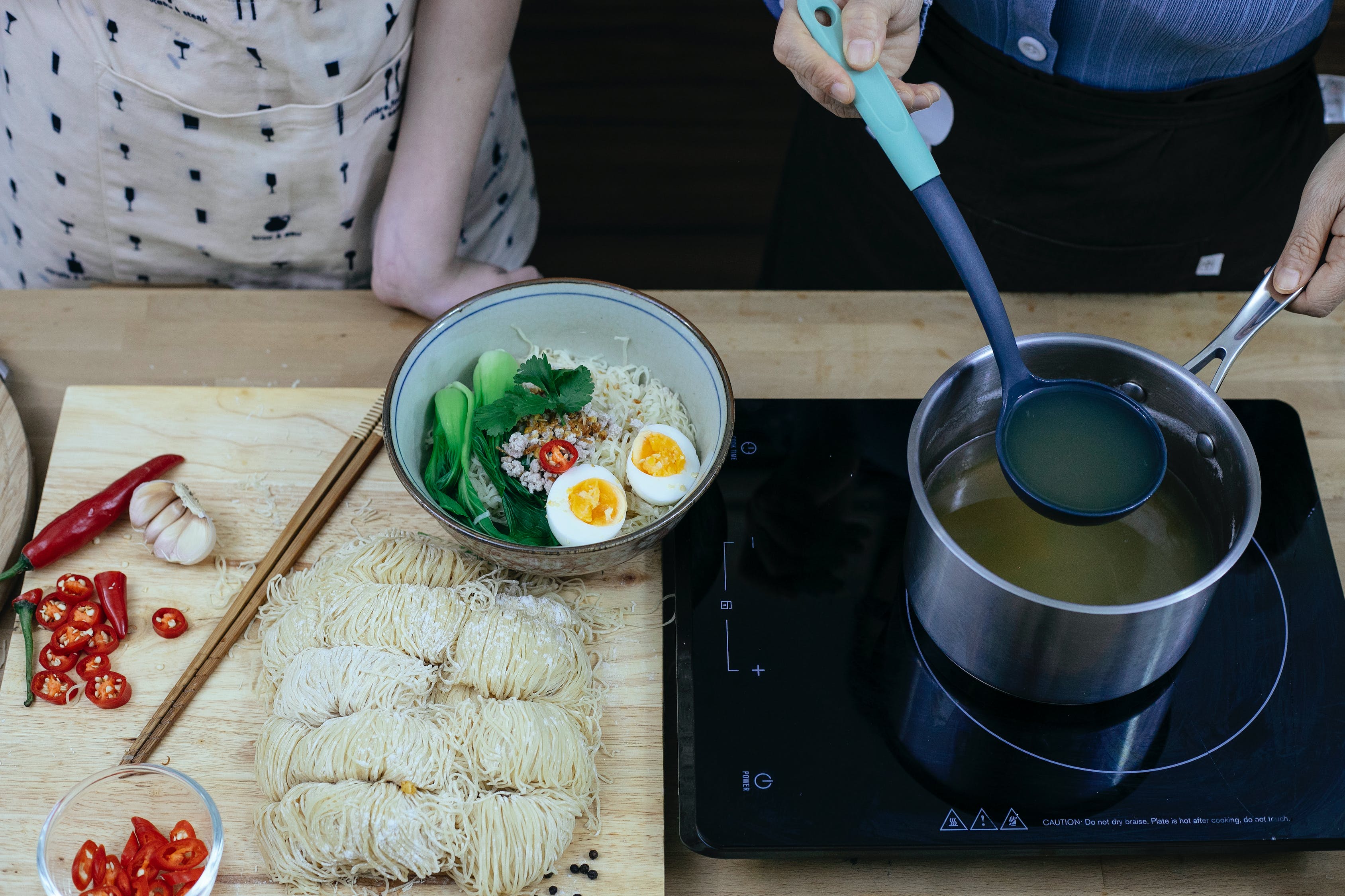 Chicken bone broth can be used in soups and gravies, and its meatier flavor will be more pronounced than that of store-bought broth. A good bone broth contains more collagen and gelatin than a store-bought one. And it’s best to make it yourself instead of buying it.

Many people use broth as a base for other flavors. If you are not a fan of beef broth, you can add other meats and bones. A traditional beef broth can taste very similar to a vegetable broth. If you’d like a more flavorful version of the broth, use a different type of bone. It will taste better if it’s flavored with a flavoring. You can make bone broth in several ways. You can use it as a base for other foods or make it a prominent flavor. You can use it as a base to prepare meals or add it to smoothies. Just be sure to buy organic bones. It should have minimal ingredients, including bones, vegetables, spices, herbs, and a long-simmering time. The longer the broth is simmered, the more gelatin will be extracted.