Hatch chile is also referred to as New Mexican pepper, and it gets its name from the location where it is harvested. Despite their popularity in Mexico, they are now widely used in the United States. The heat level of these peppers varies depending on the variety, but a typical range is 1000-8000 Scovilles.

They provide a nice balance of sweetness and heat. Hatch peppers can be found in various sauces, soups, and stews, and you will enjoy using them to make stuffed peppers or roast chile. If you can’t find any, look through our hatch chile substitutes to find the perfect match.

These peppers are only harvested in August and September. Because of the rich soil in which these peppers are grown, the flavour is earthy. Hatch chile has a spicy flavour and a crisp texture when eaten raw. On the other hand, Roasting them imparts a smoky and buttery flavour.

Both the red and green chiles have a rich and flavorful flavour profile. The red and green hatch chiles are both dried and ground into a powder for use in red chile sauce. The versatility of these peppers is frequently overlooked, and sauces can also be used to top burgers or apple pies. 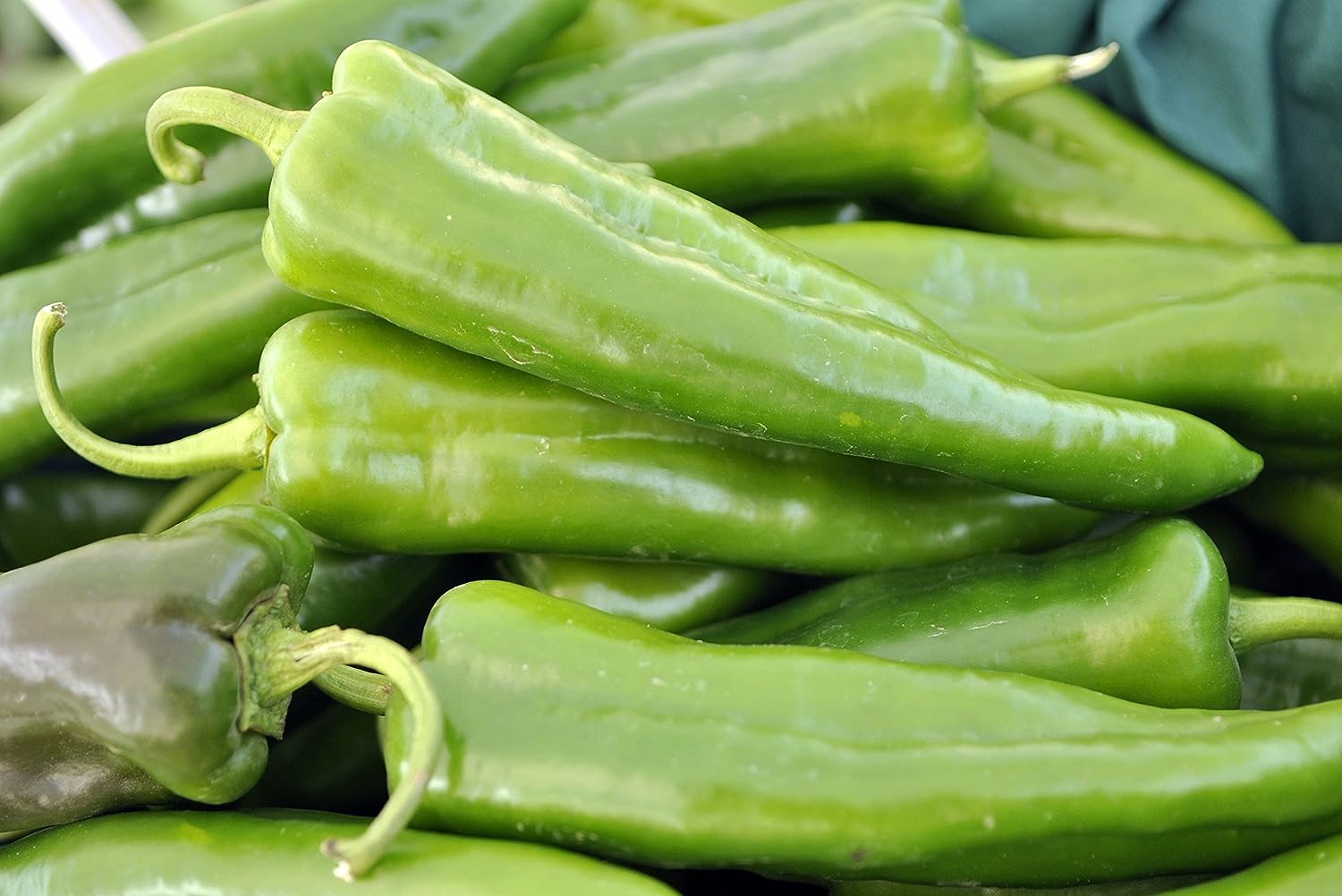 Anaheim, named after the city that made it famous, is well-known in Mexican and American cuisines. It has a low heat level of 500-2500 Scovilles. These are versatile and widely used pepper in the United States. It comes in a variety of colours, but green is the most commonly used, and Ristras are made from the red ones.

If you know anything about peppers, you’ve probably heard of chile Relleno. This traditional dish is made with Anaheim peppers. Because this pepper is available in canned form, it can be easily added to any dish. Anaheim chiles are a good substitute for hatch chiles due to their heat, flavour, and versatility. 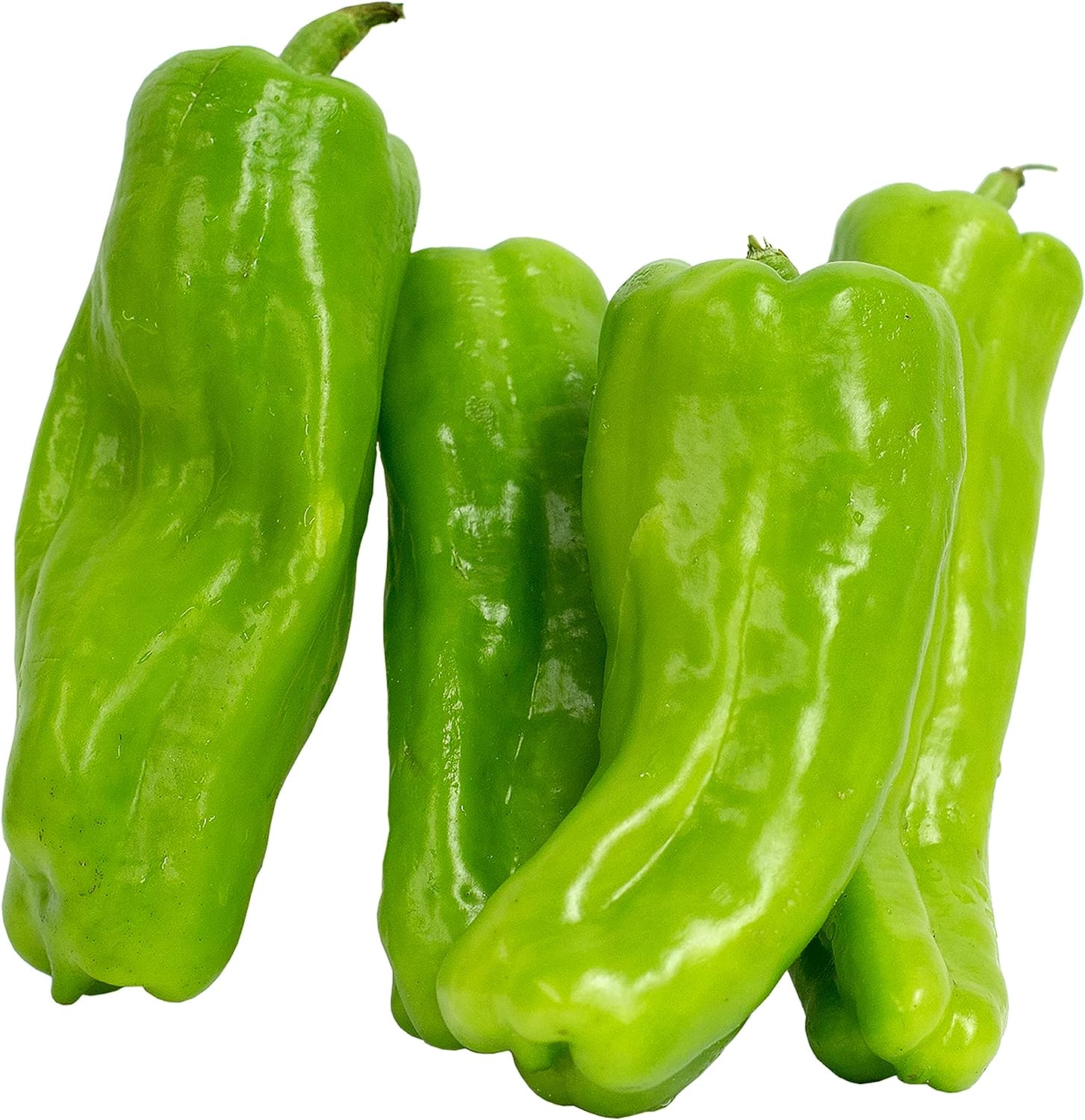 This pepper is mildly hot, with a maximum Scoville rating of 1,000. It has a sweet, vibrant flavour and a crispy texture. Because the walls of this pepper are thin, it is ideal for stuffing, baking, or grilling. They are picked when they are unripe and have a green colour, and Pan-frying them in olive oil makes an easy meal.

Salads, sauces, pizza, and casseroles can all benefit from them. They can be used in general cooking due to their mild flavour. As a result, we can say that it is an excellent substitute for hatch chiles. 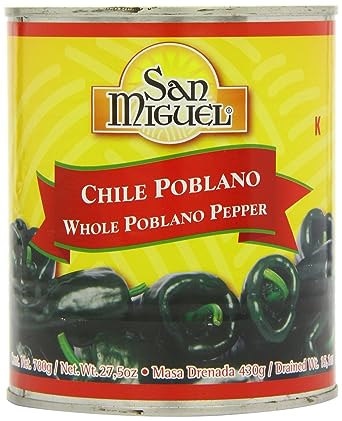 These are also in the 1000-2000 Scoville heat range. The best way to use poblano is to peel and seed it after the cooking process is finished. Green poblanos are less spicy than ripened poblanos. 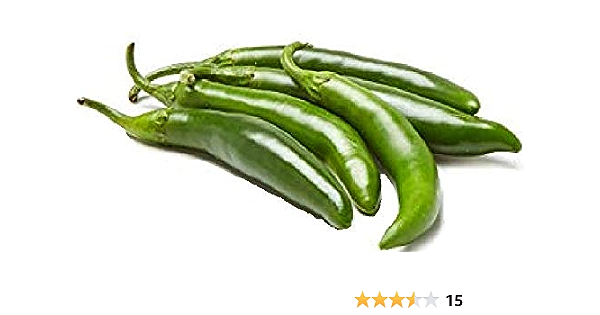 Serrano pepper is a meaty pepper with a bright flavour and heat. Roasting serrano pepper, like hatch chile, will give you a smoky and earthy flavour. They can be used to make sauces, salsa, and salad dressings. These Mexican-origin peppers, unlike hatch chiles, cannot be dried.

Serrano comes in a variety of colours, including yellow, orange, red, and brown. It tastes hotter than a regular jalapeno. As a result, serrano can be used in dishes that call for a hot hatch chile substitute. 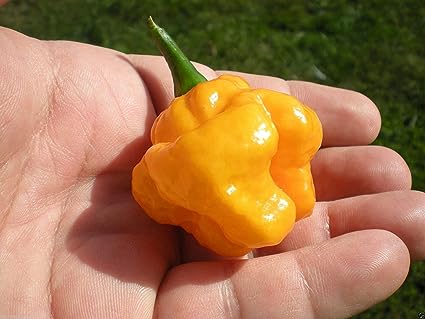 These hot peppers are primarily used in Caribbean cuisine. The scotch bonnet has a sweet and fruity flavor in addition to its high heat. With a Scoville heat rating of 80,000-400,000, it can be eaten whole, copped, or sliced in various dishes. It is the main ingredient in the well-known Caribbean pepper sauce. You can chop it and add it to a dish while cooking or season meat and fish to add a strong flavour.

When ripe, the colours range from yellow to red and even brown. Although hatch chiles have an incredible heat range, they can be substituted if you want a hot pepper. 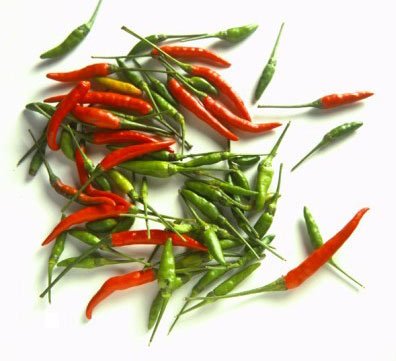 Thai chiles are small, long, tapering hot peppers known as bird’s eye chillies. They do not have thick skin like most chiles, and their thin, meaty texture is densely packed with tiny seeds that add a spicy, fruity flavour to various dishes. They are hotter than Serrano chillies but not as hot as Scorpion or Ghost chiles. They have a Scoville heat rating of 100,000 and should be used within two weeks.

Thai chiles are also an excellent substitute if you prefer milder heat. Guntur chilli peppers are similar to Thai chiles but much hotter, and both of these peppers add heat without overwhelming the other flavours. Cayenne peppers are a popular spice that is frequently used in Mexican cooking. They are medium-hot pepper with a bright red appearance and a mild flavour. Because bird’s eye chillies can be extremely hot, use Serrano pepper as a hatch chile substitute. 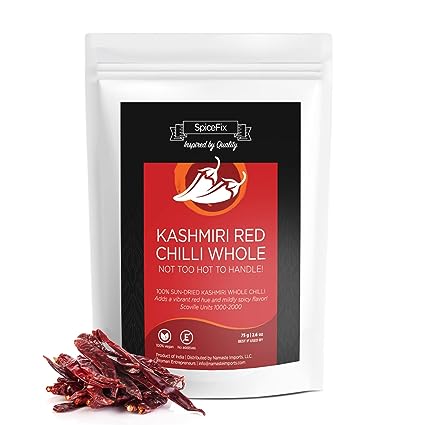 If you don’t like hot peppers, you can substitute red hatch chillies. This pepper is widely available and has a high level of heat. It is thought to be the closest substitute for hot pepper. It is available in canned, jarred, and whole dried forms, and some stores sell them fresh as well. Hatch chilli powder is also available for purchase in California.

Green bell peppers are mildly spicy with a crispy texture and a sweet flavour. Because they are milder, they are an excellent substitute for hatch chillies. Despite their lower heat level, they’re great for stuffing, baking, grilling, and frying in olive oil. Because of their mild flavour, they work well in a variety of dishes, and they can also be used in salads, sauces, and casseroles.

Cooking with Hatch peppers is undoubtedly an art form, and one of the most frequently asked questions in the New Mexico region is simply, “Red or Green?” referring to the colour of your preferred sauce.

Locals cook and eat their Hatch peppers as either a pureed red chilli sauce or a green chilli sauce, and I can attest that both versions are highly flavorful.

What are Some Good Recipes for Hatch Chile?

These Corn Fritters, also known as corn cakes, made with hatch chiles are crispy, sweet, and a little spicy, with a surprising ingredient – old bay seasoning! This corn fritter recipe is ideal as an appetizer or side dish, and you’ll want to make it all summer long!

The broth in this Chicken Tortilla Soup recipe is the most flavorful you’ll ever try! Puree the tomatoes, onions, and garlic to get the most flavour out of the tomatoes. Try topping it with some sour cream as well.

This Creamy Roasted Hatch Chile Dip is cool and creamy, with fresh flavours of lime juice and cilantro and a hint of heat from roasted hatch chiles. Simply combine the ingredients in a blender, blend, and serve!

Chilli con queso mac and cheese made in one pot and in 30 minutes. This pasta is full of flavour, and the macaroni cooks in the same pot as the other ingredients.

These Grilled Veggie Burrito Bowls with Hatch Green Chile Rice are bursting with flavour and make a great healthy meal, with only 500 calories per serving and loaded with beautifully bright plant-based goodness.

Also, Here are some other recipes that will have you cooking with Hatch chiles from morning to night:

How Spicy are Hatch Chile Peppers?

Most Hatch peppers are about one-third the heat of typical jalapeno pepper, but they can be as hot as a jalapeno. Because there are various types of chilli peppers classified as Hatch Chile Peppers, their heat levels can range from a relatively mild 1,000 Scoville Heat Units (SHU) to around 8,000 SHU. More information on the Scoville Scale can be found here.

Depending on the variety, some Hatch peppers can be even hotter than others. I’ve heard that some can be as hot as habanero peppers.

How do Hatch Chile Peppers Taste?

Hatch peppers are extremely popular in New Mexico and the surrounding region, but they are also gaining popularity throughout the United States. They have an earthy flavour, similar to Anaheim chilli peppers. Some argue that the rich regional soil in which they are grown influences their flavours positively, while others argue that the soil is irrelevant and that they taste great wherever they are grown.

They can be eaten raw, with a crisp, spicy flavour and a mild pungency similar to an onion, but they are usually roasted, giving them a smoky, rich, earthier, and sometimes buttery flavour.

Hatch green chiles have a bit more bite than ripened red chiles. Hatch chiles transform the heat they deliver from an initial bite to a blooming back heat.

What does Hatch Chiles Use in?

Hatch peppers are widely used in a variety of dishes throughout the United States, particularly in New Mexico. Soups and stews, sauces, chopped and cooked into chilis, and other everyday dishes are all made with them. They are also widely used to stuff peppers. Roast chile is a huge hit. Fresh Hatch peppers are delicious in a variety of dishes, but roasted Hatch green chiles bring out the flavours even more. And Red as well.

Is it Possible to Grow Hatch Chile Peppers?

Certainly! You can grow Hatch peppers from seed or buy seedlings and grow them in your own garden or anywhere chilli peppers can be grown. However, because they will not be grown in Hatch, New Mexico, they cannot be called “Hatch Chile Peppers.”

When does Hatch Chile Season Begin?

Hatch chile peppers have a very short growing season due to their larger size and thick walls. They are typically harvested in August and September each year, though the season can be extended a couple of weeks on either side depending on the weather.

They are easily preserved and extremely tasty in this manner. You might like roasted Hatch chile as well as fresh chile.

Hatch chiles have the perfect balance of heat and sweetness. Hatch chiles range in heat from mild (for those seeking only the smoky flavour) to extra hot (on the Scoville scale, rivaling the New Mexico sun) (we assume).

As a result, there are numerous viable hatch chile substitutes. You can select any of the above options based on the requirements of your dish. Anaheim is considered the closest alternative, but others can suffice in an emergency.

We hope that you have found this article helpful, and now you have understood what can you use in place of hatch chile. So,” Worry Less, Cook More”.