With the numerous methods for whole chicken recipes, it’s easy to get confused about cooking time. But the pressure cooker method is one technique anyone can master in a short time. Of course, the worry about cooking time is paramount when dealing with chicken, especially with the tons of complaints about overcooking by enthusiasts. But this problem is easily solved with the right guidance, a keen eye, and a simple understanding of planning cooking time. 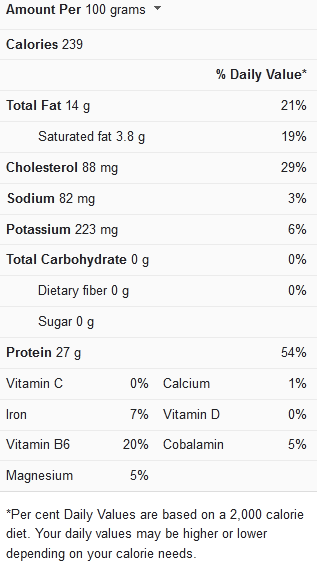 Why Pressure-Cook a Whole Chicken?

It’s Quick- The pressure cooker is recognized for its super-quick cooking efficiency, and it renders a tasty serving of tender whole chicken in an unbelievably short time.

It’s Simple- Most techniques call for steps that have you nursing the recipe as it cooks, which can be quite a hassle. But the instant pot solves that issue as you only need to toss the chicken in with the ingredients, set the timer, and relax.

It’s Flexible- The pressure cooker allows you to introduce a myriad of flavor options for a whole chicken, giving you enough chance to get creative.

It’s Super Delicious- Tasty and tender whole chicken has never been made better than with a pressure cooker! The steam pressure seeps into the meat, giving you a soft and moist result that blends in with any recipe!!

Following the right steps helps you master the cooking time for whole pressure-cooker chicken. And below are the simple procedures you’ll need;

If you bought your whole chicken fresh, you’d only have to clean out the giblets. But if it comes frozen, you’ll need to thaw it first. Do so by leaving it in the fridge overnight or keeping it in a basin of cold water until it fully defrosts. If you’re cooking a larger bird, consider replacing the water every 20 to 30 minutes until the coldness is gone.

After the chicken has been defrosted, pat it dry with paper towels instead of rinsing. Also, consider keeping the giblets aside if you’re making gravy, as they make a tasty contribution.

You’ll need to season the bird both inside and out, and a dry spice rub is excellent for this purpose. You can use any of your favorite spice mixes for chicken recipes or a basic combination of black pepper and salt. But remember that the pressure cooker allows flavor flexibility, so try combining your favorite herbs and spices. You can choose spices like paprika, red pepper flakes, cayenne, and hot sauce and blend them with herbs like thyme, marjoram, rosemary, oregano, and sage.

You can also fill the cavity with aromatics, fruits, and fresh herbs like halved citrus, shallots, garlic, leeks, celery sticks, and rosemary. And if you prefer the cavity empty, rub it with dry spices, and make an aromatic bed in the pressure cooker with the previous suggestions.

The pressure cooker uses steam to cook food, so a liquid base is required. And while you can use water, the broth is also considerable, especially if you want a deeper flavor. Ensure to go for low-sodium or sodium-free options if you’re worried about such.

The chicken’s weight and the cooker’s speed determine how quickly your recipe will be ready. But you can follow the general rule below for pressure-cooking whole chicken.

Chicken needs to cook to a minimum safe temperature of 165F, and you can check for this with a meat thermometer. Stick the probe into the thickest parts of the bird- inner thighs and breast- to get this number. If the doneness temperature hasn’t been reached, return the bird to the pot, cover, and cook for six more minutes.

Note that the pressure cooker won’t result in crisp skin after cooking, but you can fix it. Once the bird is done, transfer it to a broiler pan and let it broil close to the heating element for six to 10 minutes or until the skin is crisp to your preference.

More tips can be followed in this video.