Brisket is one of the three main forms of meat served at a barbecue. It’s right up there with ribs and pork shoulder in terms of deliciousness. A charcoal grill is your best ally when cooking a brisket, as it imparts an incredible smoky flavor to the meat while cooking it low and slow. Despite the fact that it takes a long time to prepare, it is well worth the effort.

In my opinion, an expertly smoked beef brisket might end up being anyone’s all-time favorite smoked meat, owing to the fact that it’s made of beef, which I enjoy. So if you enjoy beef, this is one beautiful recipe you’d fancy. 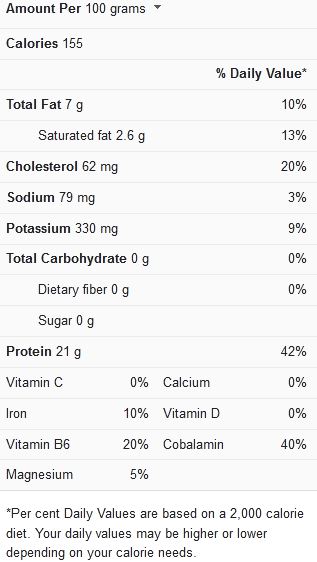 Tips To Cook a Brisket on a Charcoal Grill

The butcher should have already trimmed the other side, which is opposite the fat cap. Simply scrape away any leftover fat and blueish silver skin. Finally, as you take the brisket from the wrapping, you may notice some browned areas. This isn’t any cause for concern, but you should cut these spots away.

How To Cook a Brisket on a Charcoal Grill

You can begin with a 5-pound brisket – the exact size to fit on the grill. Trim the brisket with a sharp knife to leave a somewhat fat crown – any less trimming will cause the brisket to dry up, and also prevent the rub and smoke from seasoning the meat.

Wipe the brisket dry with some towels, after rinsing it under cold running water.

In a small mixing bowl, combine all of the rub ingredients and stir to allow it to mix well. Make sure you rub all sides of the brisket.

You can wrap the brisket in plastic wrap and place it in the refrigerator to cure for at least 4 hours or overnight. It’s fine to smoke the brisket right away though, but chilling it for several hours helps the fragrant rub to enter the flesh.

You can start by igniting only 10 – to 16 – pieces of charcoal and setting up the grill for an indirect Three-Zone Split-Fire to maintain alow temperature. You should separate the coals into two equal stacks on opposing sides of the grill grate to achieve this though.

You can go ahead to heat some water for the drip pan in the meantime. Place a stainless steel bowl or aluminum pan between the two heaps of coals on each side of the bottom charcoal grate after the water is hot.

After that, add the warm water and the cooking grate. You should allow the grill to get up to temperature before closing the cover.

Remove the cover and set the brisket fat side up on the hot grate over the drip pan when the grill is ready to cook. On each mound of embers, toss a chunk or two of mesquite wood.

For at least the first 4 hours, you’ll need to add fresh coals and more wood chunks to either side of the grill every hour.

Watch video recipe on how to cook a brisket on a charcoal grill.