We’ve always been a fan of large meat roasts in our oven, which is why the brisket is a regular addition to our weekly menus. But sometimes, we can’t afford the recommended low and slow cooking temperature for this tough cut of meat. Brisket comes from the pectoral muscles and needs enough time in the oven to soften. But at 350F, getting the meat to this texture sounds like an unattainable feat. 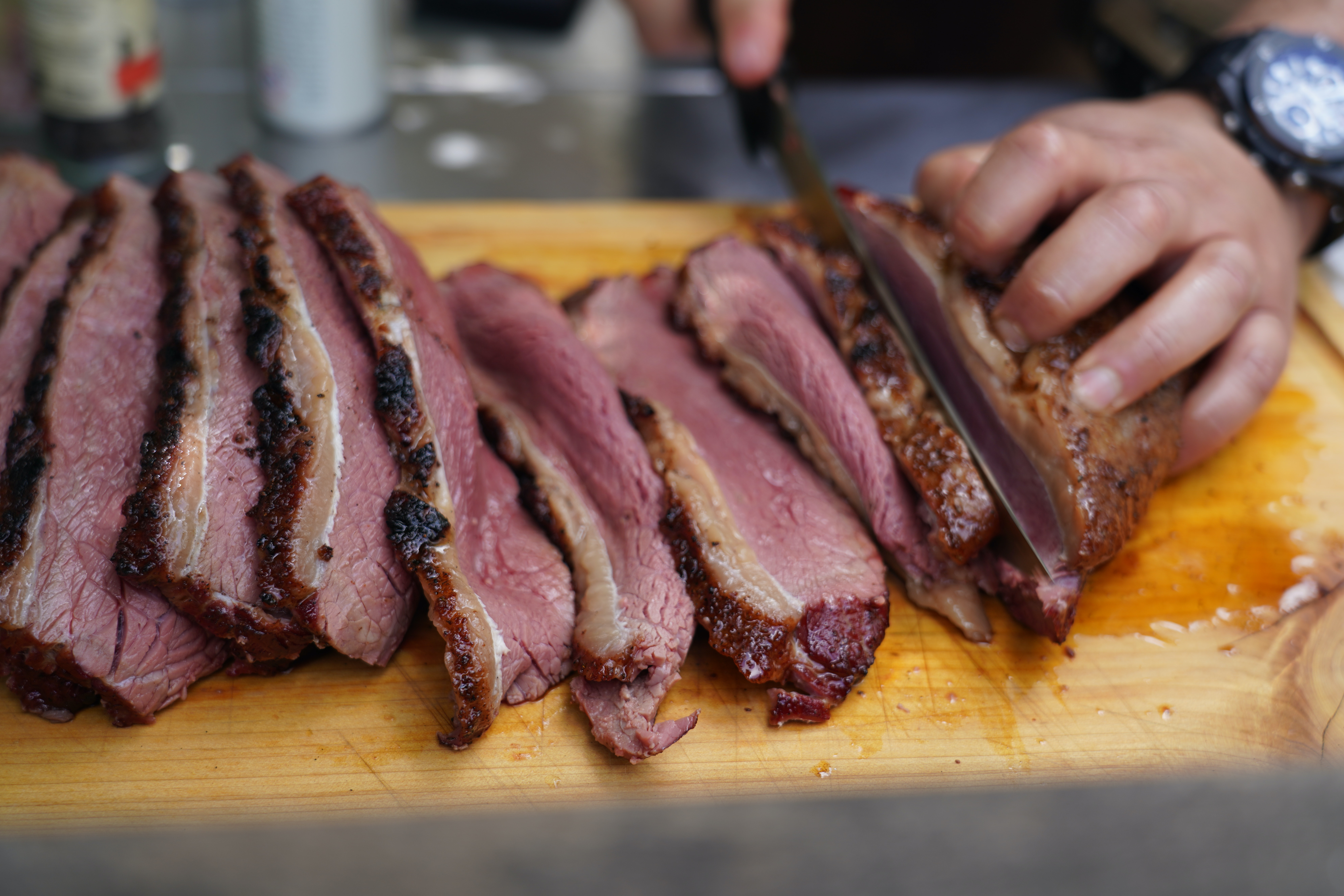 But there’s a way to go about cooking brisket in a 350F oven, and we’ll show you the techniques here. And it wouldn’t matter if you’re using the flat or pointcuts, as they’ll work perfectly. But before we move on to the cooking duration, let’s first double-check the other needs and see if we’re doing it right from the get-go.

Whether you’re picking beef or veal brisket, you must ensure the meat is of uniform thickness. Anything less will cause the brisket to cook at different times in different areas, and you may need to tie it to uniformity yourself to prevent it- which can be annoying. The brisket should also be of the best grade, Prime or second-best, Choice, for optimum flavor and texture quality. And ensure to select a flexible beef with a fat layer of a most, half-inch thickness.

You can combine any range of spices, herbs, and seasonings for oven brisket. And you can season the meat in tons of ways. Some like to marinate the brisket for a considerable time (mostly 18 to 24 hours). And some can’t wait that long, so simmer the sauce ingredients before pouring it on the meat, and cook it immediately.

In some veal brisket recipes, the seasonings and spices are combined on the stovetop, and the meat is added and then baked in this tasty sauce. And others don’t bother with wet marinades but use a dry spice rub and add beef stock later during cooking to make up for the lost moisture. Eventually, you decide how flavorful your brisket comes out.

Most times, beef briskets are prepared at 275F. But, if you’re already fond of cooking the meat at 350F, you can do the same with the beef brisket, a one hour per pound. This means that a four-pound brisket will take four hours. But by using this temperature, you’ll need to follow a few guidelines.

First, note that 350F is the starting temperature for the brisket, and the meat is first cooked uncovered in the oven for an hour. Then, the temperature is dropped to 300F, and foil is placed over it- at this point, you can add beef stock for saturated brisket recipes. Afterward, it’s left to cook for another three hours, or until the internal temperature reaches 190F. The meat should also be tender and pull-apart easy at such a point.

If you’re dealing with a veal brisket, you’ll have to brown before roasting, so the flavor becomes more prominent. Place a Dutch oven on the stovetop and add some oil, then sear the veal brisket on all sides and side aside. Next, briefly cook any vegetables and aromatics in the leftover oil when you take it out, add seasonings, herbs, and white wine. Simmer the sauce for three minutes, add the veal with tomatoes, cover the Dutch oven, and roast in the oven for three hours. The veal brisket should be ready when its fork-tender, pull-apart easy, and has reached an internal temperature of 190F.

Brisket contracts as it cooks in the oven, forcing its juices up to the surface. And it’s why the meat needs to be allowed at least 20 minutes of rest before slicing, so the juice is reabsorbed. Cutting the brisket too early will force the juices onto the plate, and you’ll lose moisture and flavor in the meat. Afterward, serve it by cutting against the grain and thinly as possible.

If you’d like more information, please watch this video.