The brisket is a massive cut of beef, mostly weighing between eight to 20 pounds. The meat is cut from the lower chest region beneath the five ribs and rough. But its size is ideal for feeding a large group, and the marbling renders tasty juiciness to the meat when cooked. But because it doesn’t reach doneness as quickly as expected, a low and slow cooking technique is most preferred for making it.

It’s why the oven remains one of the best ways to make brisket. But the meat needs to take a long time, and if you’re in a hurry, it may feel like forever. So, overnight cooking in the oven becomes your best bet. And if you weren’t sure how to go about it, you will be after reading. 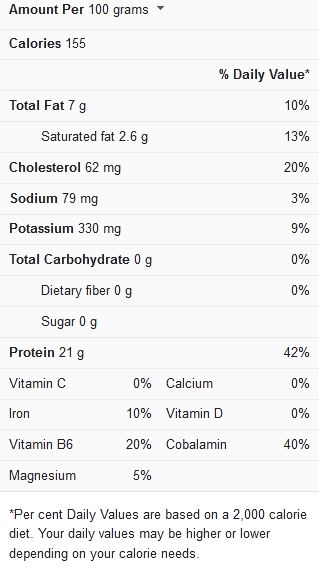 Before checking out the recipe, you need to purchase the proper cut for you, and luckily the meat comes in different types.

Whole Brisket-This cut is the entire brisket, as normally seen. It’s massive and richly marbled, with enough toughness. But not everyone needs an entire brisket, which is why two more cuts were derived from it; the point-cut and the flat-cut.

The point-Cut-This piece is derived from the brisket’s fatty region, known as the deckle. This fat presence makes it flavorful and produces more moisture when cooked. The point-cut also has a somewhat triangular shape, and its juiciness makes it excellent for shredding.

The Flat-Cut-This piece is also known as the ‘first cut’ and results when the deckle is removed from a brisket cut. As such, it only has one layer of fat at the bottom, making it leaner than the point-cut. The flat-cut is also costlier, but its leanness makes it excellent for slicing.

Once you remember the three ways to enjoy brisket, the next step is to consider the size. Then, calculate the servings by considering one pound of brisket per person, including the fat. Fortunately, after the preparation and cooking, the amount will be lesser, but still enough.

Cooking Brisket in the Oven Overnight

Using this method to prepare brisket means you’re someone who plans. As such, you’ll need to start this recipe two days before the time it’s needed.

First, defrost the meat if it’s been in the freezer. Then, trim the fatty layer till only a quarter-inch of it is left. It would help reduce this fat; otherwise, the meat will become too moist and cook unevenly. Once done, place it in a roasting pan with the fat side up, ensuring the container is large enough to house the beef cut.

Brisket works will all sorts of dry spices and herbs, so you can use any combination you prefer as a dry rub. You can also consider a store-bought option or make some in your kitchen. Popular additions to the homemade dry rub include black pepper, dried thyme, onion powder, garlic powder, rosemary, paprika, chili powder, and many others.

You can also make a bed of vegetables and aromatics to place the brisket. Lay some onions, garlic cloves, celery, and carrots in the pan before placing the brisket. Some also prefer adding liquid in the pan, like wine or broth, to support the cooking and add flavor. Many though prefer to leave the meat to cook its juice.

Once you’ve seasoned the meat, allow the brisket to marinate in the fridge for 24 hours. This stage is crucial for imparting flavor and is also why you need to plan two days ahead. It would also be best to marinate the brisket in the first evening, then take it out by the second evening. Or you can let it sit for some hours before you roast if you’re in a hurry.

Prepare the oven, cover the brisket with foil, and set 3it once hot. The oven can be heated to a range of 225F to 275F, but the main point is to let the meat cook for long. There are two ways to go about it; cook at one hour per pound, or cook for 10 hours. And both methods can be done overnight, so you set the temperature, put the meat in, and go to bed. The brisket should be done to a perfect tenderness that quickly shreds with a fork by morning.