Sometimes, an aromatic effect isn’t the only reason for using onions. Some varieties like Spanish onions offer something else to your recipe- sweetness. Compared to the numerous types of onions we’re mainly used to, they’re tastier and more forgiving. That means while they won’t overwhelm the flavor of your dish, they do contribute a lip-smacking tastiness!

Still, not everyone can get their hands on these sweet bulbs, and if a recipe calls for it, you may feel stranded. But instead of panicking, you can pick a substitute in its place. of course, not everyone knows how to replace Spanish onions or why they’re so interesting. So, let’s explore those aspects before you decide which alternative ingredient best fits your needs.

What are Spanish Onions?

A Spanish onion is not much different from the typical yellow or white onion. It looks and smells the same, so you may even relegate it as one or the other. But while this bulb retains its relationship with its other counterparts, it stands out in one way; it’s surprisingly sweet.

Spanish onions are grown in low soil, causing their expected intense onion flavor to be less pronounced. Instead, the starchy content of the bulb becomes prevalent, making the aromatic taste sweeter than the regular types. Spanish onions also contain a high amount of water, which explains why they’re crunchy when eaten raw. And they still offer the classic aromatic effect of a regular onion but in a milder tone.

Spanish onions can be used in just as many ways as their white and yellow cousins. And you can eat both the bulb and green forms of the plant. The onion excels in lightly cooked recipes but does even better in raw dishes. It’s why Spanish onions are commonly used in toppings, side dishes, and uncooked vegetable recipes.

Its high water and low sulfur content mean the onion will lose crunch and flavor if cooked for long. It’s why you’ll find Spanish onions featuring in light sautés and gently-grilled dishes. They work even best in chilled dishes since the crunchiness of the onion slices will be retained. And they can be crushed into warm soups and cold dips as well.

Some recipes where the exciting flavor and texture of Spanish onions are heavily utilized include;

It may not be easy to find Spanish onions in your locality, so when a recipe includes it, you may feel discouraged. But don’t be, because like every other ingredient, Spanish onions are replaceable. And here, you’ll find some impressive substitutes that’ll offer just as much crunch and sweetness as Spanish onions to your dishes. 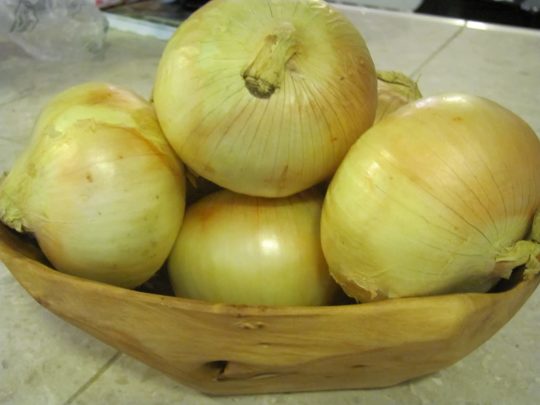 Why fret over losing one sweet onion when you can swap with another? Spanish onions are sweet, no doubt about that. But so are the traditional sweet onions. These sugary aromatics are typical and are primarily yellow, with thick flesh and mild aroma. And they’ll taste just as great as Spanish onions in all recipes, though they’re crispier to the bite.

You can use equal amounts of sweet onions to replace Spanish onions in your cooking. And as a bonus, they hold better when cooked, though you shouldn’t overdo it. 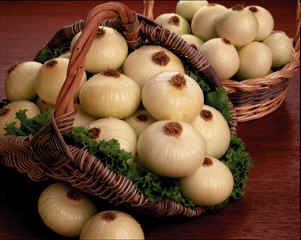 Vidalia onions are another variety of sweet onions renowned for their much thicker skin compared to Spanish onions. But their aromas are almost the same so that they can be used interchangeably. Vidalia onions are also quite popular, so much, that many people choose to identify any sweet onion as Vidalia!

The onions are also sweeter compared to Spanish onions, though some put them on par with each other. Still, they’ll work in everything, including raw dishes and cold recipes. As such, use them at equal ratios with Spanish onions in your following recipe. 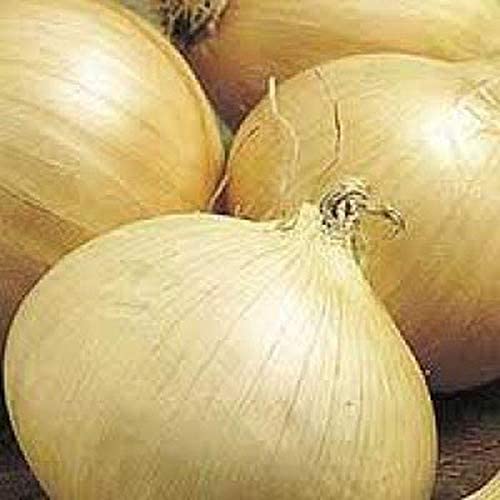 Another sweet onion variety, Walla Walla makes an exciting replacement for Spanish onions in any dish. They’re almost the same in flavor, though Walla Walla onions are known to hold more water in their flesh. They can’t cook as long as Spanish onions, making them perfect in raw dishes. Plus, you can infuse their sweetness into sauces and dips just as you would with Spanish onions.

Walla Walla’s taste contrasts between intense and mellow, making them closer to regular sweet onions than Spanish onions. But this feature is welcomed, especially in dishes that need both factors, like rice, tortillas, and casseroles. So, use them at a 1:1 ratio as Spanish onions in all recipes. 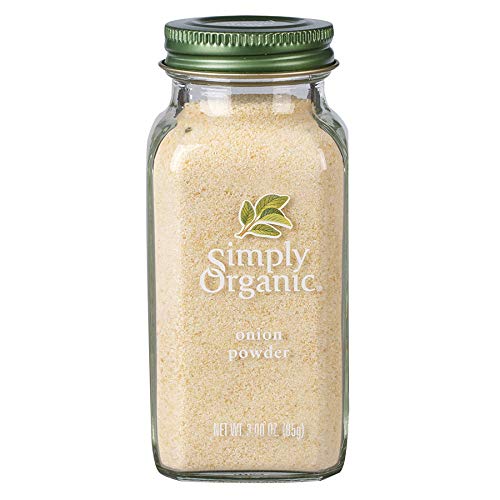 If you don’t mind losing out on sweetness, then white onions are your next best thing. But relax because what they don’t have in sugary deliciousness makes up for convenience. White onions may be the most straightforward substitute to find that’s closest to Spanish onions on the list. And though they’re more pungent, it’s not so overwhelming and still come with a mild hint of sweetness.

So, you can use equal parts of white onions to replace Spanish onions. And they’re perfect in warm dishes as well since they hold better when heated. Plus, white onions are excellent in onion rings, caramelized onions, and many other side dish recipes. 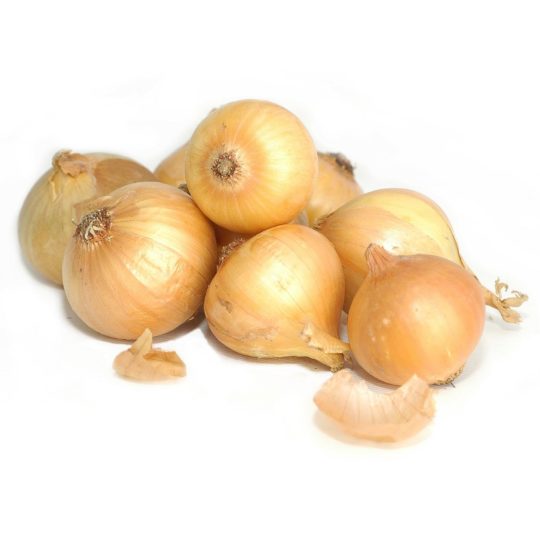 If you’re cooking your recipe, then consider yellow onions as a Spanish onion substitute. For one, it’s easy to find everywhere and maybe one of the most globally eaten varieties. And it’s also the closest to Spanish onion, especially in terms of color. But yellow onions are stronger-flavored, having grown on high-sulfur soil.

But when sautéed or stir-fried, they attain a tasty sweetness while the sharp pungency is reduced. This feature makes these onions perfect for caramelizing dishes and in cooked soups and sauces. You can also grill yellow onions or pre-cook them before adding them to tortillas and salads. But it’s not recommended as a raw substitute for Spanish onions due to its more substantial presence.

How big is a Spanish onion?

Spanish onions grow to a considerably large size. Most times, the average bulb reaches as big as an orange.

Yes, they do. Spanish onions thrive under full sun and in well-drained soil.

Is red onion the same as Spanish onion?

No, they aren’t. And though the alums are commonly called as such, this term is often a misconception. Spanish onions offer a signature sweetness and mildness with high moisture content. Red onions, however, are less moist with denser flesh and a robust spicy flavor and aroma.

It’s not news that Spanish onions are prized for their sweet taste and mild aroma. And you may fear that your recipe will be ruined if you can’t find any for it. But these substitutes work great at adding a pleasant sugary flavor to your dishes. And you’ll also get a rich dose of crunch as expected from Spanish onions.