Instant pots are renowned for their quick-cooking and hands-free operation. And they’re famous for cooking almost anything, from veggies to pasta and humongous chunks of meat. But who would’ve thought you could prepare your favourite barbecue-style ribs in one of these appliances? Surprisingly, you can, and many have been going on about it for years.

But instant pots are notorious for speedy cooking, and if you aren’t careful, they can ruin a dish due to overcooking. It’s why perfect planning of the cooking time for any recipe is crucial. Ribs are no exception, especially since you won’t cook them in a controlled environment like the grill. But, the pressure cooker can be one if you know how to work it to fit your rib recipe. 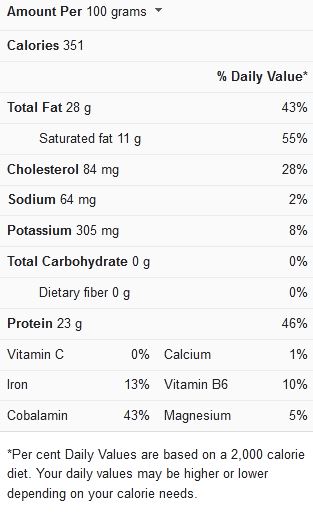 Okay, first things first! You may have wondered if the type of ribs you want to cook in an instant pot matter, right? Well, the answer is yes and no. Yes, because, like the grill, different ribs take different times and conditions to cook. And no, because any rib can be prepared in the instant pot, including spare and baby back!

Of course, you still need to watch out for a few factors. First, remember that the pressure cooker has limited space compared to the grill or oven. So, only cook ribs less than two pounds in the instant pot. Also, you can cook multiple ribs in one instant pot, provided you arrange them properly. Stand the rib as a circle and fit it with another rib on the inside. This way, you can cook up to three or four ribs in one pot.

But only pick an instant pot that will house the number or size of ribs you plan to cook. And if the ribs are longer than the pot, consider cutting slabs of it, so it fits in the pot.

Dry rubs work best for instant pot ribs, as they’ll infuse flavour deeper in the meat as it steams. And your dry spice rub can include garlic powder, chilli powder, black pepper, onion powder, and paprika. Sometimes, you may wish for a sweet hint, so consider brown sugar. Or add some cayenne if you’re more into a spicy boost.

But don’t forget to include a few teaspoons of liquid smoke in the mix. Ribs are primarily a BBQ special, so the ingredient reminds you of the grill.

The seasoning ingredients are mixed to form a dry rub and then generously massaged onto the ribs. It would also be best if you rub the meat with your fingers, so the flavour will further penetrate the meat.

Once the seasoning has been added, the ribs are arranged in the pressure cooker. Then, the lid is placed and sealed along with the vent. The timer is set, and the instant pot is programmed to HIGH. Then, we watch the pin rise, indicating pressure build as the cooker prepares to speed-cook the ribs.

All ribs are cooked on HIGH pressure in the instant pot, but the timing is different. But we’ll use the two most commonly cooked ribs as guidelines.

Baby back ribs cook for 23 minutes in the instant pot, after which an additional five minutes is allowed for natural release. Afterwards, the vent can be unsealed to release the remaining pressure.

Spare ribs need longer, taking up to 35 minutes to cook fully. After that, the instant pot is left to release pressure on its own completely. This waiting time is needed as spare ribs are tough-textured, so the natural steam release aids tenderization.

Once the ribs are taken out, they can be served or brushed with BBQ sauce and broiled for some minutes in the oven. This move adds a crispy exterior to the ribs and thickens the sauce

More ideas can be watched here.