Have you ever pondered, “What is mirin?” when looking over the ingredient list for any recipe? Even if you’ve never purchased or used it, chances are you’ve come across it in some way. Many Japanese cuisines, ranging from teriyaki to ramen, have an unmistakable umami flavor. There’s the sweetness but also a soft acidity and a richness that’s difficult to define.

Yes! Mirin sauce, a slightly sweet Japanese rice wine, is frequently one of the major elements underlying that flavor. So if you plan to one day try out Japanese cuisine, you’ll need to understand more about mirin sauce. You might think of yourself as a daring and resourceful home cook who isn’t afraid to try new cuisines and experiment with different alternatives. Read on for an insight into what mirin sauce is, how to use it, and suitable substitutes if you can’t obtain it in time for your intriguing recipes.

What is Mirin Sauce

Mirin sauce is a Japanese rice wine with a flavor characteristic similar to sake, however, with a lower alcohol content – approximately 10 percent to 14 percent alcohol by volume. Once heated through, the alcohol evaporates. Because of its strong umami flavor, mirin sauce is a common component in Asian sauces and marinades, such as teriyaki sauce. Also, mirin’s sugar content gives sauces, glazes, and dressings a shiny sheen.

Mirin sauce is a rice wine that gives Japanese cuisine a unique flavor. It’s the perfect balance to the salty flavor of soy sauce, another popular Japanese condiment, because of its high sugar content. Mirin sauce is also a vital ingredient in Japanese glazes like teriyaki sauce because of its syrupy consistency. Let’s take a peek at some interesting recipes you can use mirin sauce well in:

By now, you should be well-versed in terms of flavor and knowledge of mirin sauce use. But there are several instances where a recipe calls for mirin sauce, and none is available at your local market. So while they say online shopping is fast, that isn’t always the case. Due to these circumstances, we have to take a look at some alternatives for your convenience.

Rice vinegar, also known as rice wine vinegar, is an excellent mirin substitute. It is non-alcoholic. To obtain this product, rice wine is fermented, resulting in converting alcohol to acetic acid. Rice vinegar is very good in dipping sauces and salads as a mirin sauce alternative. However, it has a mild flavor with a hint of sweetness to it. You can moderate the tartness of rice vinegar with sugar, a dab of light-colored juice. However, on its own, rice vinegar cannot be used in place of mirin. Therefore, add a half teaspoon of sugar to each tablespoon of rice vinegar to provide the satisfactory result your recipe calls for.

Vermouth is a flavored wine fortified with brandy, and it can be used in place of mirin sauce. It is a delicate flavoring agent that is sweetened and mixed with spices and herbs. There are two types of vermouth: red and white. Red vermouth is sweet, while white vermouth is dry. Nonetheless, both can be incorporated into your cooking.

However, sugar should be added to vermouth recipes instead of mirin since vermouth is less sweet than a Japanese rice wine. For every 1/2 cup of vermouth, two teaspoons of sugar are recommended as support. Nevertheless, but it is still a matter of personal preference. Glazing, dressings, and dipping sauces are all great uses for this substitute.

Sake is one mirin sauce substitution that almost closely resembles it. However, sake should be sweetened with white sugar to achieve the same flavor.  Furthermore, when substituting mirin sauce with sake, keep in mind that mirin sauce contains less alcohol. Therefore, so you can use sugar to lower the alcohol content of sake as well.

For a comparable flavor, you can replace “1 tablespoon of mirin sauce” with “1 teaspoon of sake and two tablespoons of sugar” in a recipe that calls for “1 tablespoon of mirin sauce”. Notably, sake eliminates the odors from meat and fish, making it best used in marinades. It is also frequently used before cooking to help get rid of some of the alcohol. In addition, sake is an excellent tenderizer and umami flavor enhancer. 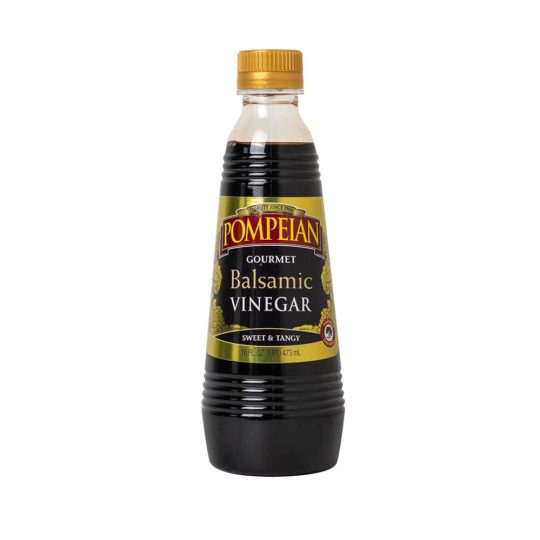 Balsamic vinegar is an Italian vinegar prepared from cooked white grape skins, seeds, and stems. Notably, balsamic vinegar of the highest quality is matured for 18 to 100 years; the longer it is kept, the better it is, and the more expensive it is. Since the moisture evaporates during the maturing process, it has a thick consistency. It’s dark in color and has a robust flavor that’s rich and slightly sweet. In preparation, salad dressings, dipping sauces, gourmet marinades, and soup broth can enjoy some balsamic vinegar. So, it can also be used as a mirin alternative due to its rich flavor. However, balsamic vinegar is not as sweet as mirin sauce. Therefore, a small amount of sugar should be added to create a taste similar to mirin sauce.

Can I use sugar instead of mirin?

There are a few mirin replacements that are nearly as good. In a pinch, a basic sugar and water mixture, honey might substitute for mirin’s sweetness. To attain the right level of sweetness, a 3:1 ratio of water to sugar is a decent appropriation.

What are the ingredients in mirin?

True mirin is created by blending steamed glutinous rice, cultured rice, and a distilled rice liquor. It can take anywhere from two months to several years for this mixture to ferment – as it ages, the darker the color becomes, the more strong the flavor.

Are rice vinegar and mirin the same thing?

Rice wine vinegar is a secondary fermentation of rice wine, while mirin is a sweetened rice wine identical to sake. Both give dishes a distinct, sweet, and savory flavor. Despite their substantial differences in flavor and purpose, mirin and rice wine vinegar are two similar condiments often used interchangeably.

The fact is there’s a chance that your local supermarket won’t stock mirin sauce in its purest form. But, of course, you can always order mirin sauce online, but if you’re in a hurry, sake or vermouth will suffice. You may also use balsamic vinegar or rice vinegar. Still, you’ll have to add a small amount of sugar to each tablespoon to balance out the sour taste. Well, what happens after you’ve successfully introduced any of the substitutes for mirin sauce into your cooking? It means you have just uncovered a huge number of dipping sauces, broths, marinades, and glazes to enjoy in your recipes. Cheers!