The bluefin is currently one of the world’s largest, fattiest, and most expensive quality tuna, originally from Australia and prepared using various methods. Being the most popular among others; Yellowfin, Albacore, Bigeye, and Skipjack, the bluefin tuna is known as the “Wagyu of the sea” and is known to contain a lot of health benefits.

When cooked, bluefin naturally has a rich meaty, and savory flavor that the whole family can enjoy at any time of the day. If you’re a fan of some delicious seafood recipes but haven’t got a clue on how to prepare this large oceanic fish, then this article should come in handy for you. 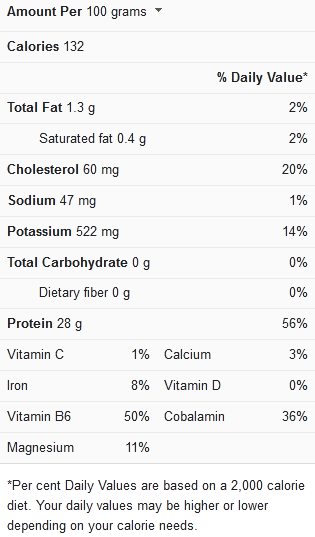 To achieve an all-round delicious bluefin tuna, endeavor to take note of the cooking tips, directions, and recommendations below:

Buying bluefins –  A major factor to consider whenever you’re purchasing bluefin tuna from the grocery store or a particular fishmonger, be sure to look out for the freshest and bright-looking ones. This is because tuna tends to look a bit dull or sometimes brownish on the outer surfaces if they’re not properly stored under the right temperature. Keep a lookout for the ones that are tightly packed in olive oil or those that had been stored in the freezer for a while. Remember, the lighter the color of the tuna, the more fat contents it has, and best of all, the more flavorful.

The bluefin tuna is mostly sold in packs as chunks or loins, so another important factor to consider is to check for phrases like “FAD-free” or “pole-and-line-caught” as this indicates that the tuna wasn’t illegally caught or sold.

Recommended cooking methods –  In some countries, a tuna is never too overcooked since it’s mostly enjoyable when it’s still a bit raw. There are different methods to use when cooking bluefin tuna, from grilling to braising to baking in an oven, however, the best method to implore is to sear until it’s a medium-rare in the centre. Here, you would find the taste and texure of the tuna amazingly enhanced as the outside is a fine crispy and savory crust while the inside is more tender and succulent. An additional bonus fact is that searing your bluefin tuna actually gets rid of the bacteria that may still be found on the tuna’s surface which can likely make one sick. However, just in case you would prefer a method other than searing, braising it is another best option as its fat contents adds a deliciously supple flavor to the tuna remember not to cook your tuna beyond medium-rare.

Seasoning your tuna – Before proceeding to cook, be sure to throw in some seasonings to your bluefin tuna for additional flavors and a dazzling crust. You can make use of some nicely crushed sesame/fennel seeds mixed up with black peppers, garlic powder, a few pinches of kosher salt, or other notable spices. Just marinate your tuna in the seasoning mixture for some minutes. After seasoning, put your tuna in a plastic bag (this is optional) for half an hour to really get the spices soaked in before proceeding with your preferred method of cooking.

Searing bluefin tuna – Okay, so some people who aren’t still used to cooking tunas might be wondering what searing is all about. Well, for a typical bluefin tuna dish, its cooking time is a bit faster than when you’re cooking something beefy mainly because of the searing process. It’s advisable you sear tuna on medium-high heat and on each side for about a minute or two. Of course, doing this would amount to using an oiled cast-iron skillet or a nonstick pan since fishes, in general, tend to stick). Plus you wouldn’t want your tuna’s nicely done outer layers to be seared. It’s also necessary to get the cooking pan searing hot for three to five minutes before throwing in your tuna. This helps the outside surfaces to cook very fast while the inside remains a bit raw.

Storing the tuna – When it comes to preserving fish, you may want to do this properly either before or after cooking. When storing fresh bluefin tuna, it’s necessary to cover it with kitchen foil or in an airtight container and place it on the lower part of the refrigerator, until you’re ready to prepare it. Tuna steaks, however, can be preserved in a freezer for up to two to three months.

Below is a compilation of the appropriate cooking procedure and times to take note of when preparing a bluefin tuna:

This bluefin tuna recipe is one that’ll leave you with an amazing mouth-watering result but only when the steps and guidelines are followed closely. For more insightful and wonderfully tasty tuna recipes, we recommend you see more great food recipes.