If you want to know how to improve the taste of Greek yogurt, you can add fruit to it. Fresh or frozen fruits are available for purchase. . You can also add fruit sauces, jams, and butter to the yogurt to make it even more delectable. Use fresh or frozen raspberries or apricots instead of the dried fruit. This will aid in developing a more ripe and tangy flavor in the yogurt. In addition to maple syrup, it can substitute a small amount of honey for the sweetener. 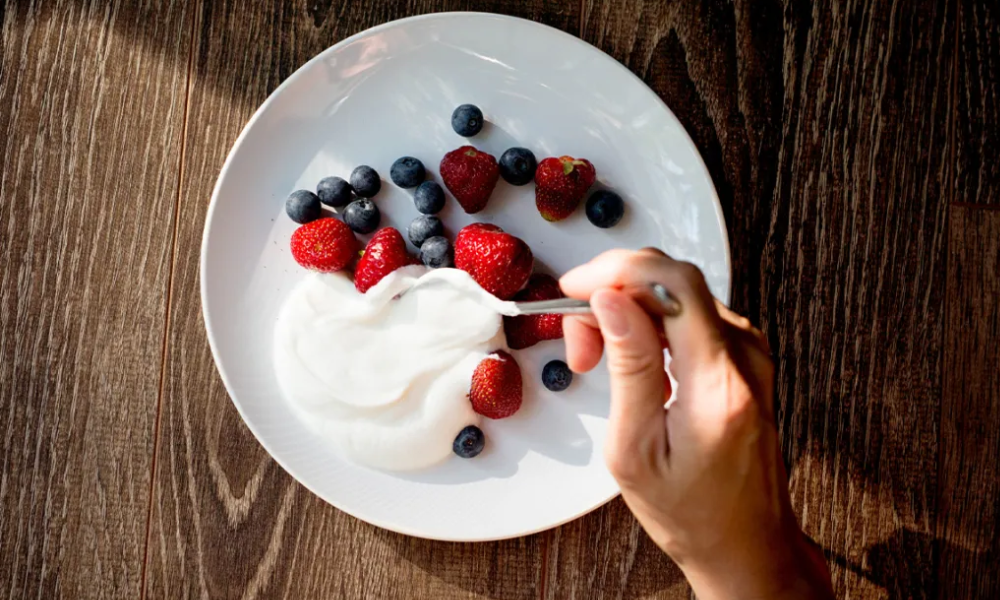 To improve your yogurt’s taste, you can add flavored applesauce or nuts. Some people prefer the texture and flavor of roasted or plain nuts in their yogurt, while others prefer the taste of chocolate chips. A variety of nuts, such as almonds, pistachios, cashews, and walnuts, are excellent choices for mixing into yogurt. You can incorporate other savory ingredients into the mixture to make your yogurt even more delectable when making a parfait.

What is Greek Yogurt?

Greek yogurt, also known as concentrated or strained yogurt, is created by straining normal yogurt to remove the whey and other liquids.

Because the straining procedure reduces the total volume, making a batch of Greek yogurt requires much more milk than conventional yogurt.

Traditionally, yogurt is strained up to three times in cloth bags until the proper texture is achieved. Centrifuges are used in modern industrial procedures to produce the same effect.

Some firms employ thickening agents or other dry components in their yogurt, which is known as fortified or Greek-style yogurt.

Greek yogurt is thicker and tangier than conventional yogurt since most of the liquid has been removed. It’s also more expensive because it necessitates more milk.

Greek-style yogurt is thick and creamy because it has been strained to remove some of the water before being made. A velvety texture, combined with a tart flavor, makes it a versatile ingredient that can be used in sweet and savory applications (more on ways to use it below). The Greek Gods Traditional Plain Greek Yogurt is the best thick and sweet Greek yogurt on the market. Several tasters reported that The Greek Gods Traditional Plain Greek Yogurt had a discernible sweetness and only a slight tang, even though the yogurt contains no added sweeteners.

Adding fruit to plain Greek yogurt is an excellent way to improve the taste and texture of the yogurt. Dark or milk chocolate can be used as an ingredient to improve the flavor. Cacao nibs have lower sugar content and only a trace amount of caffeine than cacao beans. Honey and maple syrup are two other ingredients. . You can use them to enhance the flavor of your yogurt. This can be eaten on its own or used as a topping for a smoothie or as part of a dessert.

Follow the below tips to make your greek yogurt taste more flavorful:

Does Greek Yogurt have a Sweet Flavor?

Let’s review what we’ve learned so far: Greek yogurt is thicker and less sweet than regular yogurt, making it a better choice for breakfast. This is because the liquid remnants of milk (known as whey) have been strained out, resulting in a higher protein concentration in the final product. It also contains fewer carbohydrates and, as a result, contains less sugar.

Greek yogurt has a distinct sour flavor similar to that of regular yogurt. The fermentation process, which involves bacteria, explains this phenomenon. What exactly is it? In addition, some people will claim that Greek yogurt is bitter, and they will not be entirely incorrect in their assertion.

When is Yogurt Beneficial to your Health?

Is it True that Greek Yogurt Helps you Lose Belly Fat?

Greek Yogurt is a type of yogurt that originates in Greece.

According to one study, dieters who increased their protein intake by 15 percent could consume up to 441 fewer calories per day. Another study discovered that dieters who consumed 24 ounces of fat-free yogurt daily lost 81 percent of their abdominal fat. Try your hand at making your Greek yogurt toppings, or follow the recipe below for an easy option. 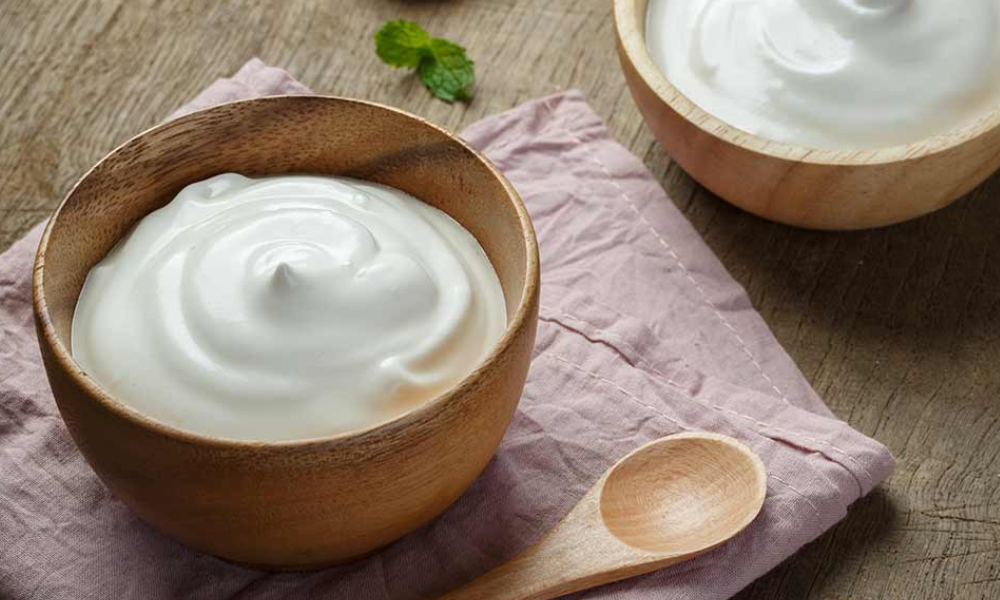 Which Brand of Greek Yogurt is the Healthiest Option?

What is the Kind of Milk Used in the Production of Greek Yogurt?

Old-fashioned Greek yogurt is made with goat’s milk, whereas American yogurt, as well as many “Greek-style” products made in the United States, is made with cow’s milk, according to the USDA. (Some “Greek-style” yogurts may also contain thickening agents such as condensed milk or gelatin to make them creamier.) All yogurt starts out the same way, with milk and live cultures in the starter culture.

What are Some of the Advantages of Greek Yogurt?

You can use a variety of ingredients when creating Greek yogurt. A few spoonfuls of honey or cinnamon will suffice to sweeten the yogurt. A pinch of cacao nibs is another excellent way to improve the flavor. These are low-fat and only contain a trace of caffeine. You can also sweeten it with honey or maple syrup. However, you must utilize your imagination and inventiveness to make it taste excellent.

To make your yogurt more delicious, you might add extra ingredients. You could, for example, add chocolate to improve the flavor. This will improve not only the flavor but also the appearance. Honey or flavored applesauce can be used for a more robust flavor. The addition of honey and cinnamon will enhance the yogurt flavor. You can also flavor your yogurt with additional tasty ingredients. They will enhance the flavor of the yogurt.