Most cheeses are traditionally made from cow’s milk, but sheep, goat, and buffalo milk can also be used to make cheese. In fact, cheese can be made from almost any milk, including camel, reindeer, and yak milk! This versatility results in a diverse range of cheeses that can be used in a variety of recipes. The hardness of the cheeses available varies as well. Cheese can range from soft varieties like brie and camembert to harder varieties like Gruyère or even parmesan.

Gruyere, also known as Gruyère cheese or Greyerzer, is a hard yellow cheese made from raw cow’s milk. Its origins can be traced back to Switzerland, specifically Vaud, Fribourg, Jura, Berne, and Neuchatel. It gets its name from the medieval town of Gruyères, which is located in the canton of Fribourg.

Quiche is a type of homemade pastry that is a traditional French dish. Quiche can be stuffed with both sweet and savory fillings such as meat, vegetables, or fish. The main characteristic of an open pie is that the filling remains open throughout the cooking process. This indicates that the filling is not protected by a layer of dough. Quiche is frequently made with cheese, specifically gruyere. However, because this cheese is difficult to find in our stores, you may be wondering what cheese can be substituted for Swiss in a quiche.

In essence, there are some other kinds of cheese that taste and texture similar to this Swiss cheese. Check out the list below to see which Gruyere cheese substitute is right for you. 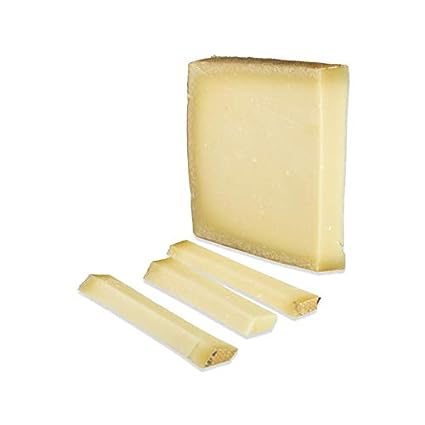 This is a strong French cheese from Lorraine. It is made from cow’s milk and is commonly used in quiches. This cheese takes between 4 and 7 months to mature.

This cheese is an excellent substitute for Gruyere. In fact, it is regarded as a subtype of Swiss Gruyere cheese. 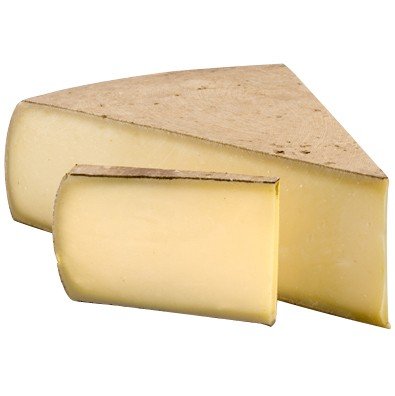 Comté is a semi-hard cow’s milk cheese from France. It produces the most cheese of any French cheese, making it the king of French cheeses. It is well-known for its distinctive Jura terroir. The flavor and texture are nearly identical to that of Gruyere. It is also widely available, making it one of the best Gruyere substitutes. It also works well as a melting cheese. As a result, you can use this melting cheese in fondues or baked goods. 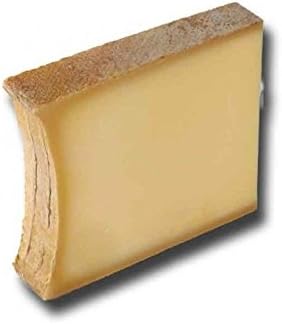 Beaufort cheese is a firm-textured French cheese with a savory flavor. Furthermore, Beaufort cheese is made from raw cow’s milk and is regarded as one of the best Alpine cheeses in the world. It is made in the French Alps, specifically in Beaufortain. 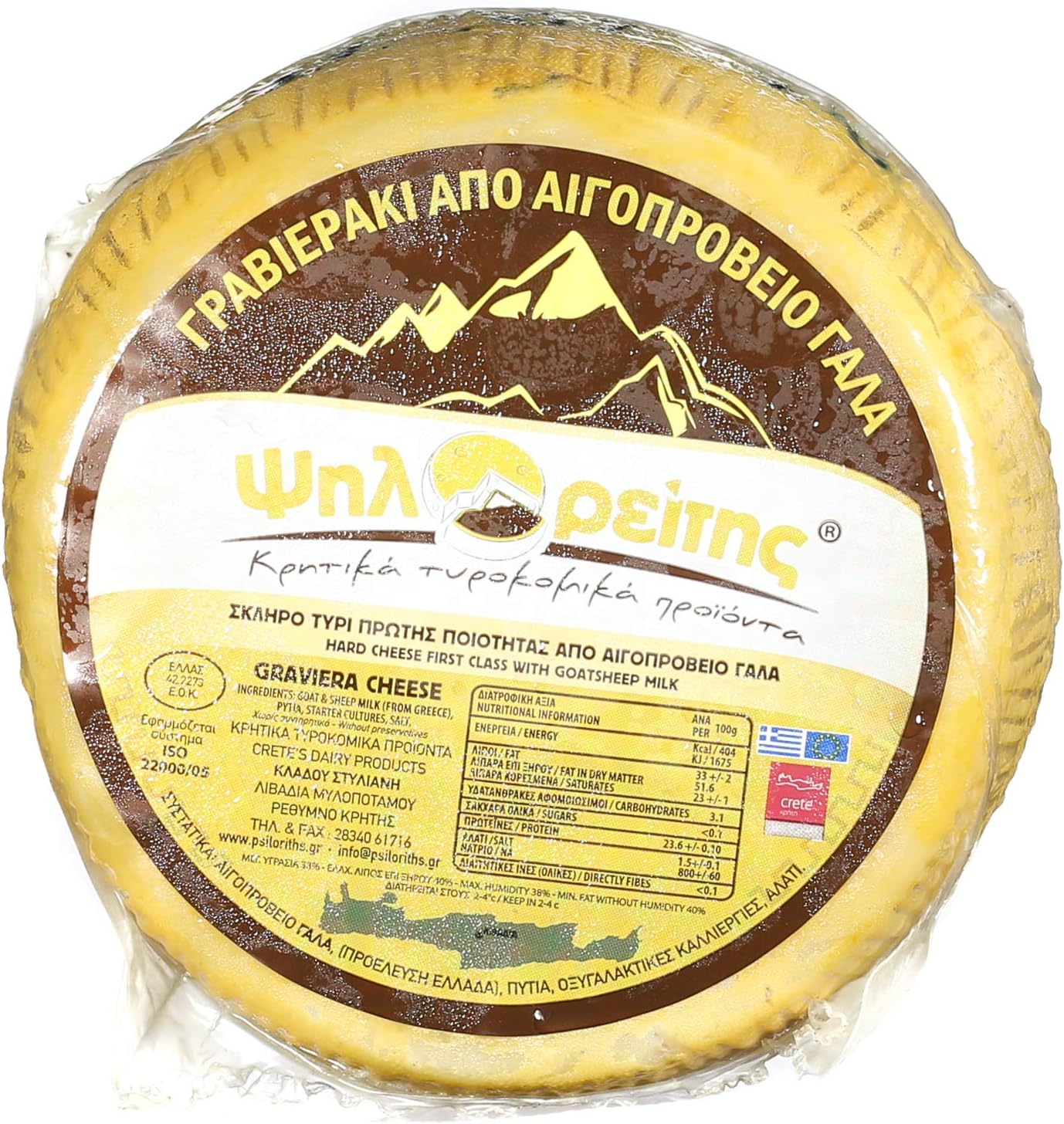 It is a Greek cheese that is produced throughout Greece. It’s a hard cheese made from sheep’s milk, but the flavor is very similar to Swiss Gruyere. It typically ages between 5 and 12 months. 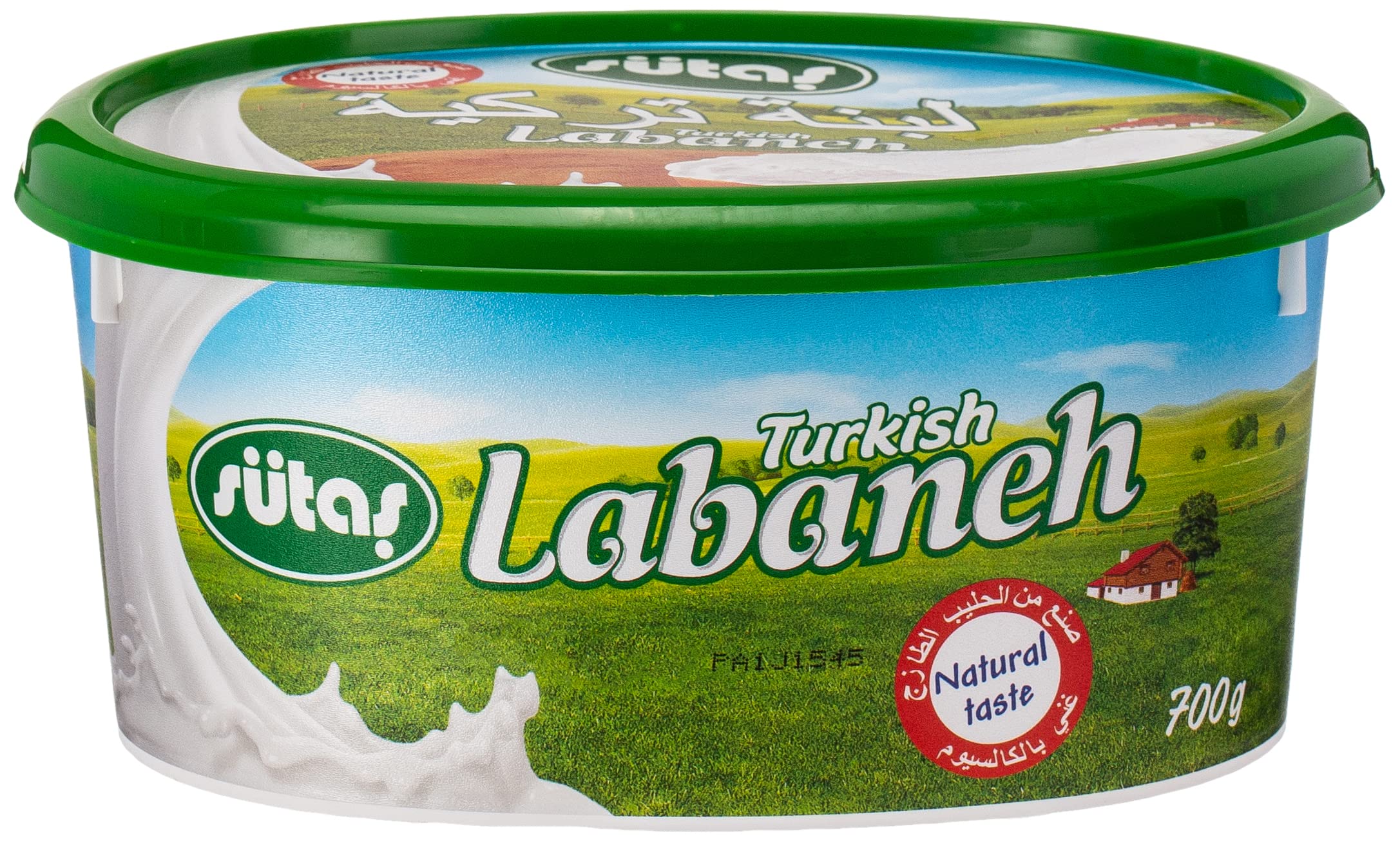 Kars gravyer, also known as Kars Gruyere cheese, is a Turkish hard cheese made from pure cow’s milk. However, some varieties contain a combination of cow and goat milk.

In addition, David Moser, a Swiss cheese producer, invented the Kars gravyer while visiting the Turkish region of Bogatepe. He began manufacturing cheese there. This cheese works well as a substitute for Gruyere. 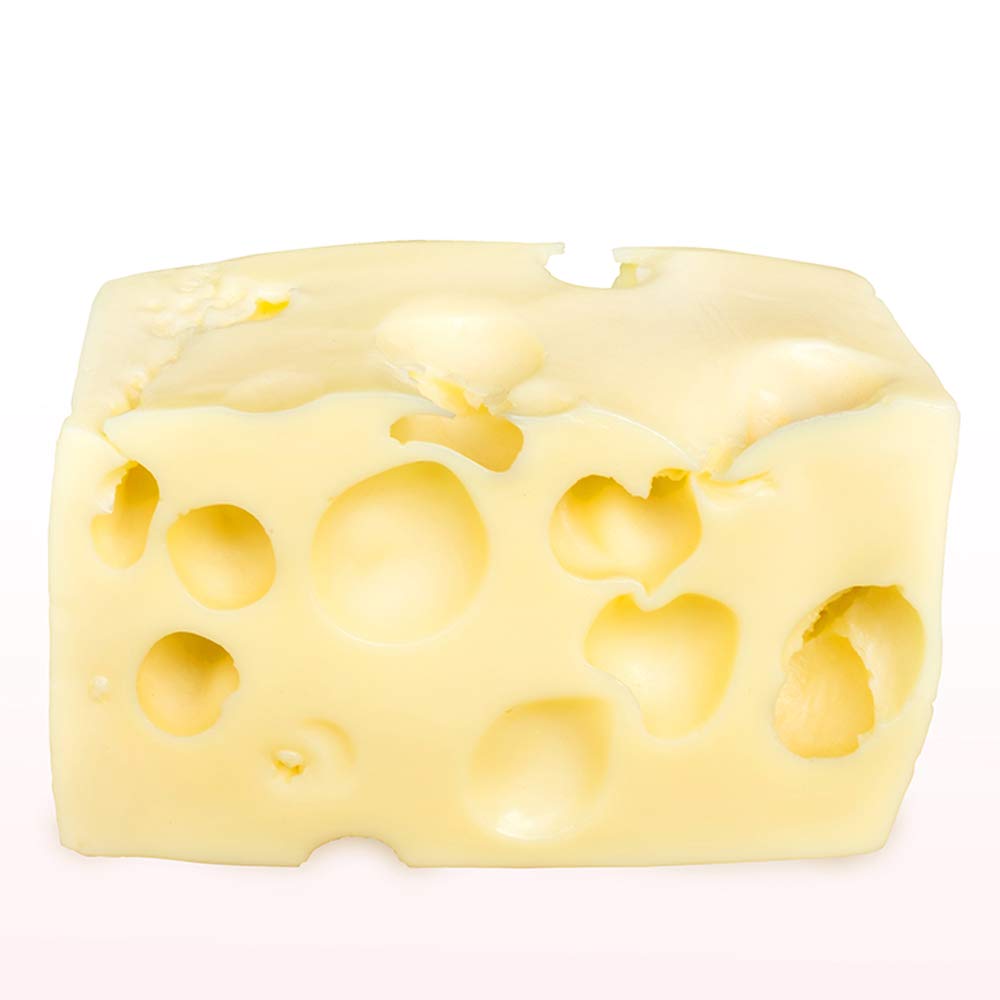 Emmental is a very versatile cheese. Another Swiss cheese is Emmentaler. It’s semi-hard and made with cow’s milk. It originated in the Emmental region, near Bern. It is also famous for the famous holes in its structure.

Emmentaler cheese typically ages 2 to 18 months. The flavor of the cheese becomes increasingly nutty as it ages. Because the flavor of aged Emmental is so nutty, you should be careful with the proportions, as it may overpower the dish. As a result, you’ll need to use less to avoid compromising the flavor of your recipe. Make sure to taste your dish all the way through. 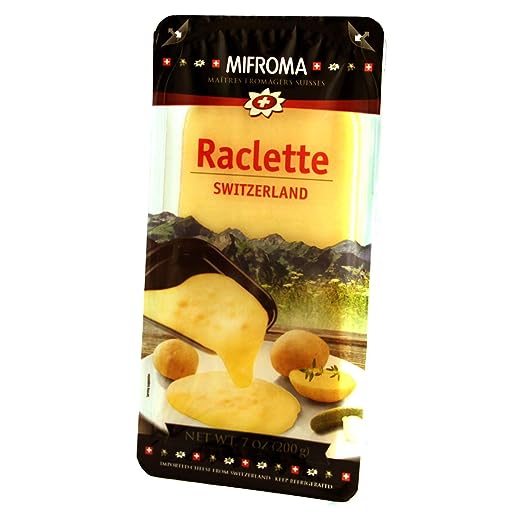 Raclette cheese has a semi-hard texture and is made from alpine cow milk. Its origins are in Switzerland, but cheese is also very popular in France. Raclette has been popular in the alpine region since the 12th century when it was popular among peasants.

Raclette cheese, which has excellent melting properties, is now used to make fondues. In terms of flavor, it has a distinct, almost salty flavor. It is also very aromatic, so the flavor of aged raclette cheese may be too strong for some people. 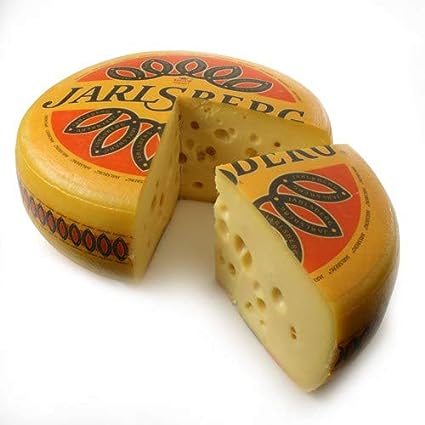 Jarlsberg cheese is a Norwegian semi-soft cow’s milk cheese with holes in its structure. In this regard, Jarlsberg is similar to Emmental.

It also has a slightly nutty and sweet taste.

In baked dishes, use Jarlsberg cheese instead of Gruyere. 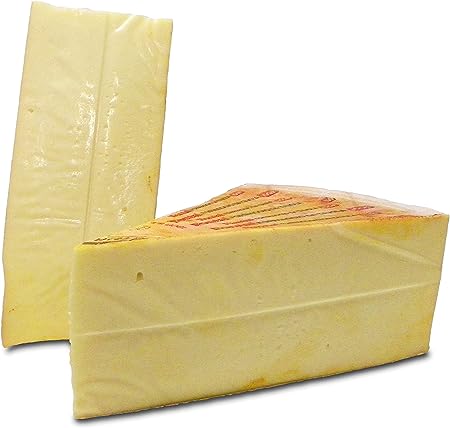 If you want to get creative with your Gruyere substitutes, try this combination of two kinds of cheese. Both kinds of cheese are from Italy. Fontina, on the other hand, is a semi-soft cheese, whereas Parmesan is a firm cheese. 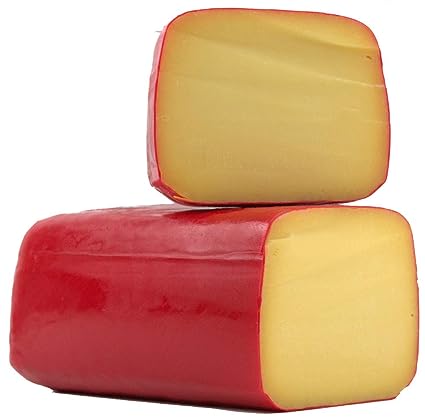 Edam is a semi-hard Dutch cheese primarily made from cow’s milk. Maasdam cheese is another name for it. Most of the time, it is very mild and lacks a rich flavor. As a result, it is a mild Gruyere cheese substitute.

If you dislike aged cheese, this is the one for you! Furthermore, it has a similar consistency to Gruyere. 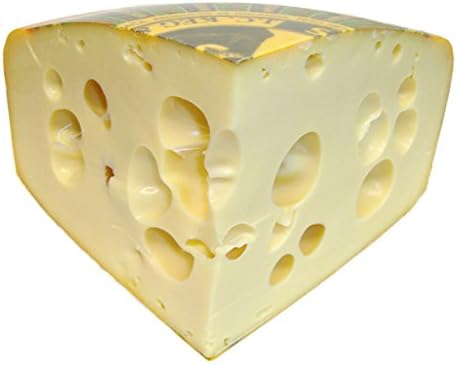 Maasdam is a Dutch cheese that tastes a lot like Gruyere.

Gruyere and Maasdam cheeses are pale yellow with holes on the surface. Because they have a similar texture and flavor, you can easily interchange them in dishes.

Maasdam cheese has a semi-solid texture that melts well to give dishes like quiches, pasta, and sandwiches a creamy and thick consistency. It also has a flavor that is salty, nutty, mildly sweet, and fruity. 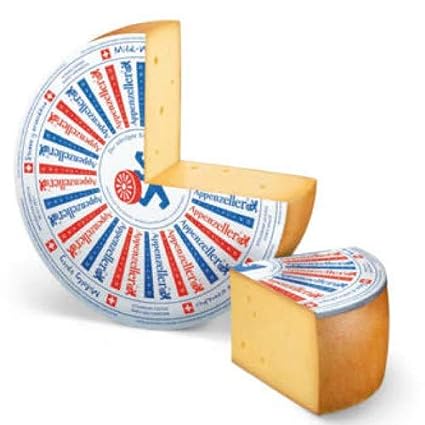 When substituting Appenzeller for Gruyere cheese, keep in mind that the former has a much stronger flavor. When it comes to texture, Appenzeller has a smooth and creamy texture that works well with a variety of dishes. 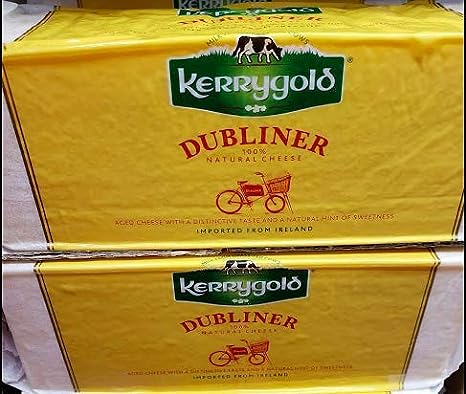 Dubliner cheese is a granular, sweet cheese made in Ireland.

It has a similar flavor profile to Gruyere and is an excellent substitute. The flavor of Dubliner cheese is intense, nutty, sharp, and slightly sweet. Furthermore, it melts easily and can be added to any dish to add a mouthful of strong flavor.

Although Dubliner cheese has a texture similar to Cheddar, it can be used in a variety of dishes such as pasta, sandwiches, nachos, and baked goods.

What are Some Gruyere Cheese Recipes?

Here we’ve provided some of the recipes for you!

For a crunchy and moist outside, the entire sandwich is fried in an egg and milk mixture similar to french toast.

To complete the breakfast vibes, a sunny-side egg slides on top of the sandwich, resulting in a beautifully runny egg that soaks your sandwich in the delicious yellow yolk.

Vegetable Strata is a quick and easy breakfast dish that serves a large number of people.

You can use any cheese and vegetables you want, but Gruyere adds a rich, earthy flavor that will have your family and friends salivating.

For this simple layered casserole dish, get creative with your ingredients.

Swap out the cheddar or American cheese for the distinct flavor of Gruyere cheese to up your grilled cheese game.

The mushrooms add a salty, robust flavor to the grilled cheese sandwiches, making them more comforting and satisfying.

Cooking with Gruyere cheese can take you down many different paths, but if you want to get back to basics, make a nutty and flavorful macaroni and cheese.

If you’re stumped on what to make with Gruyere cheese, don’t overthink it and stick to tried-and-true cheesy dishes.

We had to include at least one dessert on this list because many home cooks overlook how well cheese pairs with honeyed flavors.

The apple and pear filling is tossed in vanilla brown butter, which enhances the fruit’s sweetness without using too much sugar.

Gruyere is commonly used to top off dishes, but this recipe bakes the gooey cheese directly into the pie crust for a surprising buttery flavor.

If you’re looking for Gruyere cheese recipes to make an impressive side dish, you must try these herb-Gruyere biscuits.

The biscuits are soft and fluffy, with a golden exterior that appears to be a standard biscuit but has a surprisingly cheesy and seasoned flavor.

If you’re wondering what to make with Gruyere cheese, these cheesy and crispy scalloped potatoes are a sure bet.

The recipe includes all of your favorite ingredients, such as cheese, garlic, cream, and, of course, perfectly baked potatoes.

Can I Use Cheddar in Place of Gruyere?

Despite the fact that cheddar has a completely different flavor and texture than Gruyere, it can be used in baked recipes. It is an excellent melting cheese and would be ideal for a mac and cheese recipe.

Can I Use Gouda in Place of Gruyere?

Gouda has a delicate flavor. As a result, it cannot replicate the rich flavor achieved with Gruyere. As a result, it is not a suitable substitute. Use it only as a last resort for baked recipes that require any type of cheese.

Can I Use Mozzarella in Place of Gruyere?

What is the Taste of Gruyere?

In essence, Gruyere cheese is slightly salty with a hint of sweetness. When you bite into it, it has a creamy texture.

Where can I Get Gruyere Cheese?

Gruyere cheese can be found in most supermarkets. Simply look in the cheese section; I am confident that you will find it there.

Whole gruyere cheese is not available (in wheels). It is sold in the same manner as Parmesan cheese, cut into various sizes of slices.

Gruyere cheese is easily found in a fromagerie in France and Switzerland. Indeed, this is the best place to get it because the cheese is guaranteed to be fresh.

What is the Purpose of Gruyere Cheese?

Calcium, fat, and protein are all abundant in Gruyere cheese. A slice of Swiss cheese contains roughly 30% of your daily fat allowance, so limit yourself to a few slices, no matter how tempting the flavor.

Is Swiss Cheese Similar to Gruyere?

No, Swiss cheese and Gruyere cheese are not the same things. Gruyere is a Swiss cheese that has a long history. Swiss cheese, on the other hand, is a type of American cheese that is closely related to Emmental cheese. It is worth noting, however, that the two have a somewhat similar, nutty flavor profile.

That’s all there is to it! These are excellent cheese substitutes for any Gruyère recipes you want to try.

Whether you’re looking for a cheaper substitute or simply haven’t had a chance to visit your local food store, these types of cheese have you covered. This delicious cheese goes well with bread, cheese fondue, cheese puffs, baking, French onion soup, or simply on a cheese board with dried fruit. Typically, Gruyere or Gruyere cheese comes from animals fed non-GMO feed.

When selecting the right cheese for your recipe, keep in mind the age of the cheese as well as its specific flavors or properties. This can assist you in locating the best match for your substitution requirements!