Top sirloin steak, often known as London broil, is a premium beef cut for individuals who like a richer beef flavor. A sirloin steak’s lean, marbled muscle makes it ideal for slicing for meals or using the cut-up steak in recipes that ask for soft beef. If you don’t have access to a London broil, you might be able to substitute another cut of beef depending on how you’ll be utilizing the sirloin steak. Choosing an alternative is determined by the recipe and the amount of money you want to invest. 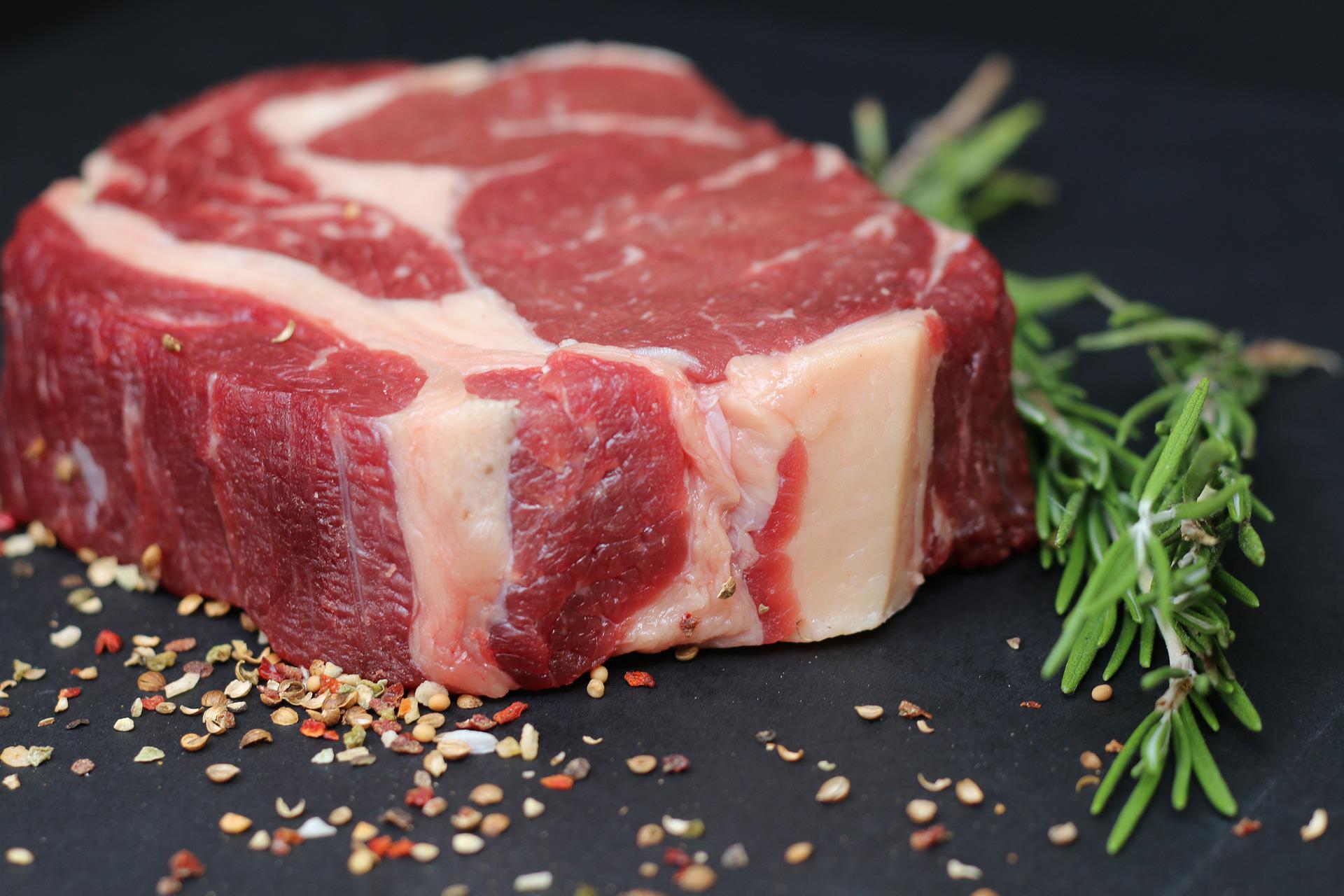 Consider flank, striploin, or top sirloin steak as a substitute for sirloin steak in a dish. They have a harder chew than New York Strip and are as lean as fillet mignon. Top sirloin is also excellent for stir-frying and marinating. It can be marinated for a longer period of time and is ideal for delicate appetizers.

What is Sirloin Steak?

Top Sirloin Steak is one of the most cost-effective and tasty steak beef cuts. The cut is made from the butt of the sirloin (as opposed to the bottom sirloin butt which is where less tender cuts such as the tri-tip, and sirloin bavette).

On the “cap off” variation, the fat cap on top of the primal cut is removed. This leaves you with a lovely piece of steak that can be chopped into a “center cut,” which you can get at your local Costco. The “Beef Loin Top Sirloin Steak Boneless Cap Off” is what Costco calls their steak.

What are the Substitutes for Sirloin Steak? 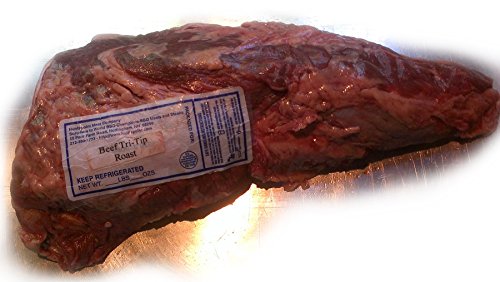 The tri-tip is a triangular cut of beef with a great flavor. It’s sometimes mistaken for brisket, although it’s actually a sirloin lower cut. It has a lot of flavors and may be prepared in many different ways. Some consider it a poor man’s brisket, and may occasionally substitute it for sirloin steak.

Trimmed or untrimmed versions are available. Trimming the meat results in slimmer meat slices. It is recommended that you trim it yourself, although it might be costly per pound or kilogram. You can buy the tri-tip whole or cut at a butcher shop, depending on how much you expect to consume. You can cut the meat in half or thirds if you have a handy knife. 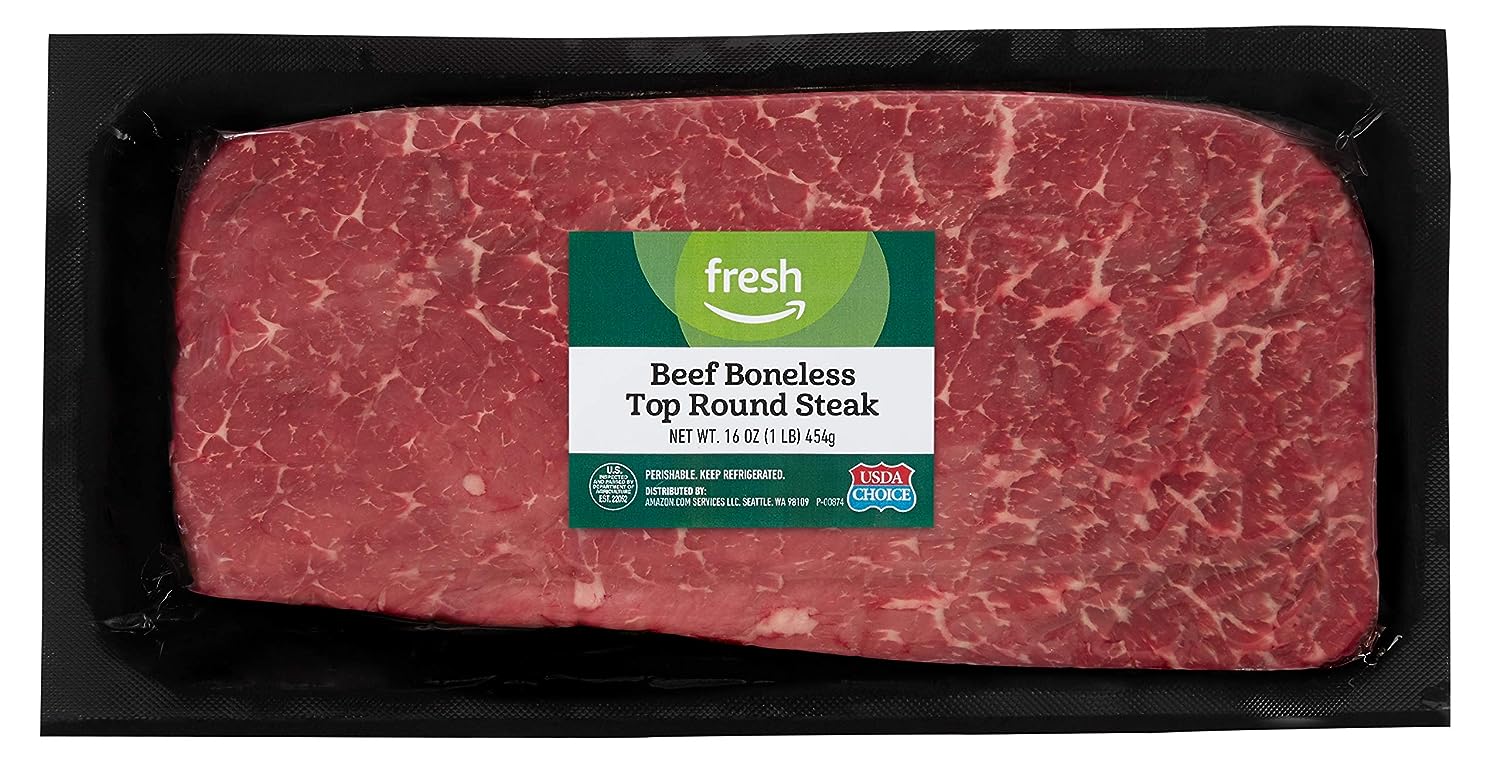 Top round steak is a good choice for recipes that call for liquid or slow cooking. Because this cut of beef contains less fat and marbling than top sirloin, it will dry up when cooked if no liquid is utilized during the cooking process. 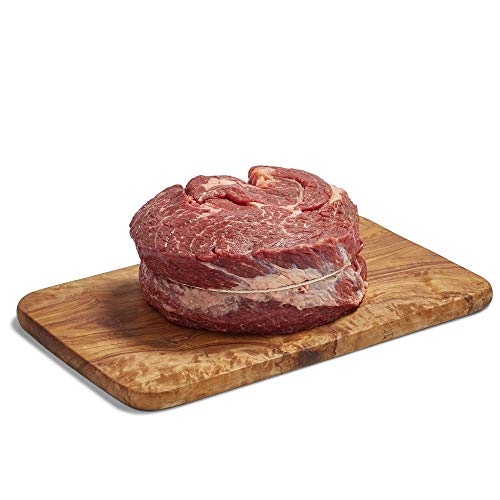 Chuck cuts of beef come from the cow’s shoulder area. This top sirloin substitute is best used in roasts, crockpot dishes, or when marinated and grilled. Keep in mind that many chuck steaks and roasts come with a bone that must be removed if the steak or roast is to resemble a top sirloin.

Steak Off the Flank 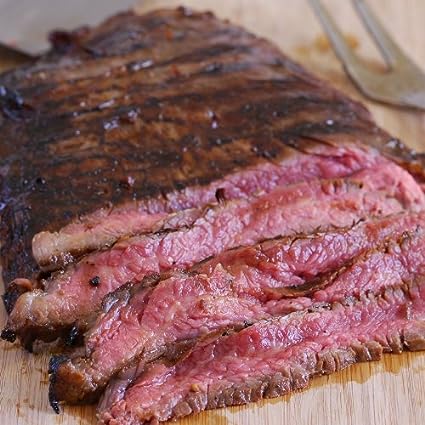 Flank steak is a cut of beef steak taken from the flank, which lies forward of the rear quarter of a cow, behind the plate. French butchers call it bavette, which means “bib”. This will be also a great replacement for sirloin steak. 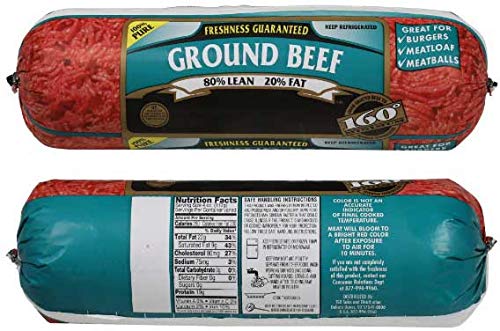 When using a ground chuck or generic ground beef in recipes that call for ground top sirloins, such as stews, chilis, and meat-based sauces like spaghetti sauce, you can save money. This alternative will work best if you use leaner ground beef. 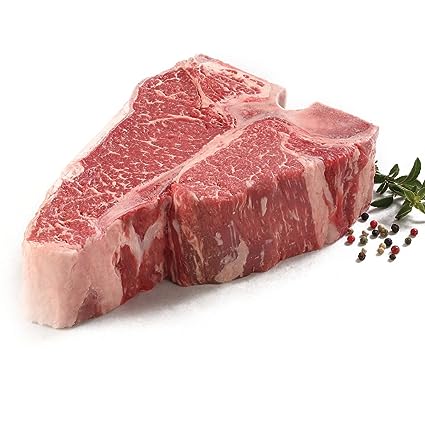 If you’re looking for soft beef but can’t obtain top sirloin, conventional steak cuts will do. When grocery stores or butchers run steak specials, this option works well because the price is often comparable to prime sirloin. These replacements are best for meals that call for cubes or strips of top sirloin. You can slice porterhouse, New York strip, filet mignon, or even T-Bone steaks into strips that would have the same use as top sirloin prepped in the same manner. 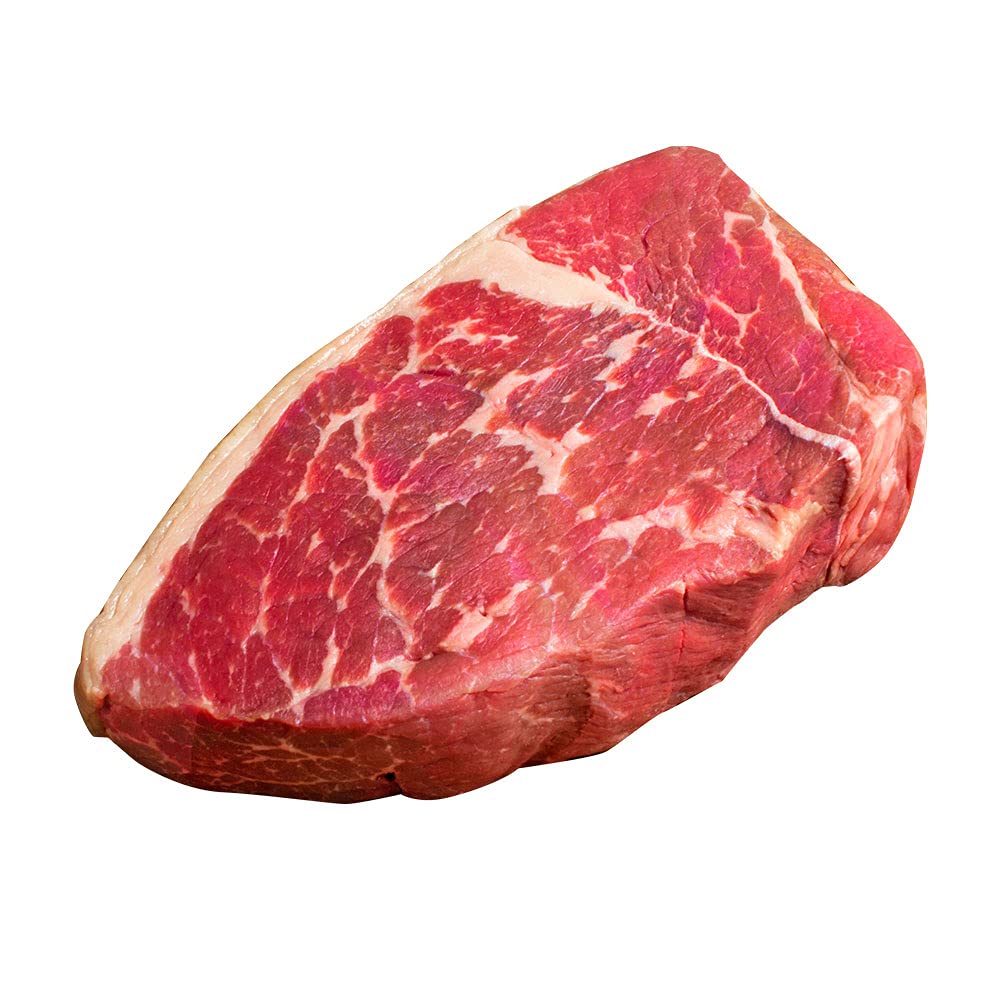 Rump steak is the underside of the cow and is a good and cheap alternative to sirloin. The rump is a delicious cut of beef, but it needs to be well-hung to get the most flavor and tenderness. It can be grilled or fried in a pan. Rump steak is known in France as culotte, which translates to underpants. Depending on the thickness and size of the steak, grill it for three to four minutes on each side. Rump steak is frequently substituted for sirloin steak in the United States.

If you want to make sirloin steak recipes, you can substitute “rump steak” from the United Kingdom. In the United States, sirloin is also called top round, short loin, and porterhouse. It is the leanest and tenderest cut of beef that can be sliced for meal preparation. Rump steak is a wonderful alternative to sirloin steak if you’re on a budget. You can even prefer rump steak to sirloin steak depending on the grade of the cattle. 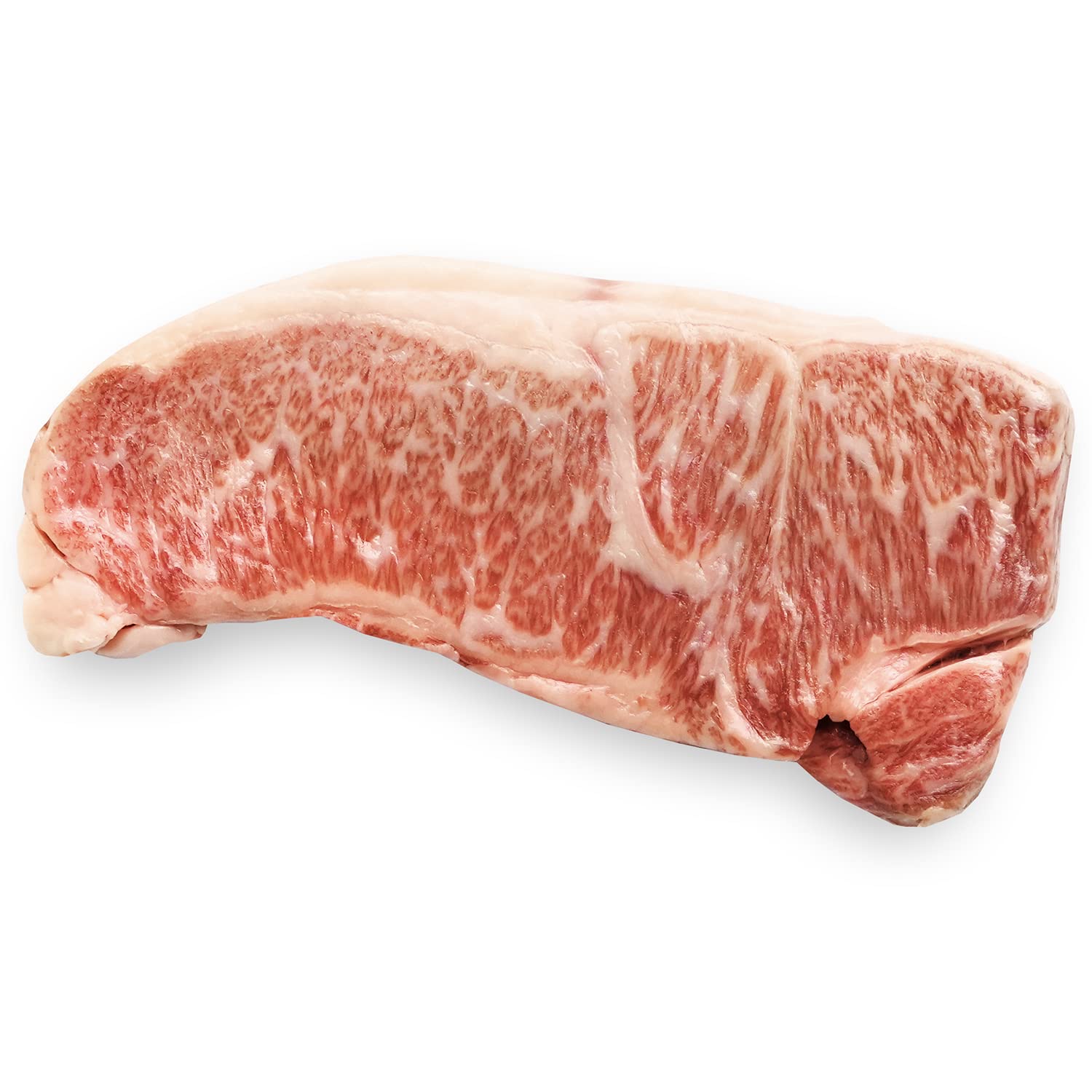 Striploin steak is a lean beef cut taken from a cow’s short loin. The longissimus is the muscle that gives strip steak its tenderness and flavor. This cut can be used in place of sirloin and has a meaty flavor similar to skirt steak. It can be purchased boneless or with bones. Grilling and pan-searing are both excellent options.

Flap steak, ribeye steak, flat iron steak, hanger, and flap steak are all fantastic choices. Striploin is ideal for slow cooking if you have a dietary restriction.

Grilling flat iron steak is the finest method to eat it. Its soft texture and rich flavor make it a versatile ingredient. It’s also delicious when seasoned with a marinade, spices, or a tasty topping. Flat iron steak, on the other hand, may not be available at your local butcher. In that instance, top blade steak can be a good alternative.

Cooking a flat iron steak on the grill is fairly similar to grilling a conventional skirt steak. Any recipe that asks for skirt steak can be used to make flat iron steak. Grill it over medium-high heat, but stay away from excessive heat. Start by sear-coating it for a few minutes and then finish it at a reduced temperature. You won’t have to worry about it burning or coming apart if you cook it on the grill like flank steak. 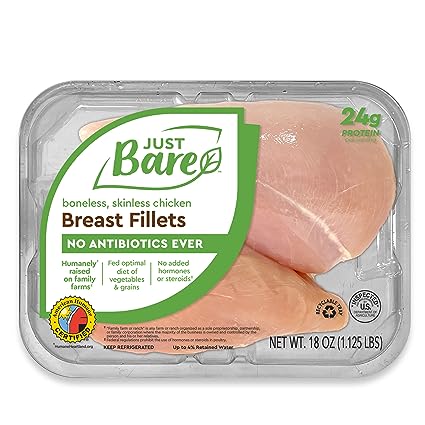 In recipes that call for sirloin steak, you may easily substitute chicken breast. You may use it in stir-fries because the flesh is almost as soft as sirloin. This cut can also be grilled, though it does require a marinade. As a result, it’s best served medium-rare. You may dice it up and put it in quesadillas if you want to serve it with a sauce.

You can use the tri-tip side steak if you want a less expensive cut of beef. Fat surrounds the flesh on the borders of this cut, which originates from the lowest half of the sirloin. Trimming the fat from the tri-tip steak replacement will make it more tender and juicy. You can marinade it ahead of time to get the same flavor. It also works well in stir-fries and kabobs.

What is Another Name for Top Sirloin Steak?

Dinner steak, finger steak, boneless sirloin butt steak, top sirloin butt steak. When you go grocery shopping, you may discover a variety of steak cuts. With so many steak options, picking the correct beef cut for your meal can be tricky. Consider round steak if you’re seeking a cheap and lean cut of beef.

You may see multiple grades of round steak when purchasing it: prime, choice, and select. Because of the marbling or fat distributed between the muscles, prime choice beef is more tender, flavorful, and pricey. Normally, these cuts are only served in restaurants. Choice cuts, on the other hand, are readily available at any supermarket. This cut has lower fat content than prime cuts. Select grades are frequently less expensive than regular grades, but they are leaner and harsher.

Is Sirloin Similar to Filet?

Sirloin, like fillet mignon, is a lean cut of meat. It has a firmer chewy texture, yet it’s still delicious enough to make you go broke in one sitting. The fillet mignon is quite soft, yet it lacks the flavor of the sirloin. Most people favor the tenderloin’s conical end, fillet mignon since it is more nutritious. When compared to sirloin, though, both are very equivalent.

Is NY Strip the Same as Top Sirloin?

Strip loin steak, which originates from the top portion of the sirloin, is known as a New York strip. Sirloin refers to any steak cut from the sirloin part of the animal. Top sirloin is often leaner and more adaptable than New York strip, but the latter has a better flavor.

Is Top Sirloin a Good Cut of Steak?

The top sirloin is a loin cut that is flavorful and thick, making it great for grilling, broiling, sautéing, or pan-frying. While the top sirloin does not have as much marbling as a rib eye or a New York strip, it has enough to make a tasty steak.

Because it’s on the hip and involved in walking, the Boneless Top Sirloin is more tender and juicy than the round, but not quite as tender as the Top Loin and Tenderloin. The Top Sirloin is a fantastic steak, and we use it to make little Butcher’s Heart Roasts (tender like a butcher’s heart, get it?).

What are Some Recipes that can be Made with Sirloin Steak?

Top sirloin steaks (which are fairly priced and work well) are seasoned with a store-bought steak rub before being deep-fried.

While not exactly traditional, this is my version of a very simple Beef Stroganoff, sans mustard and pickles. Slices of lean top sirloin steak are seasoned and cooked before being blended with sauteed onions, white wine, and sliced mushrooms.

This Adas Polo recipe comes from an Assyrian acquaintance. Basmati rice, lentils, onion, meat, raisins, and saffron are all used in this recipe. This dish includes meat, but you may easily omit it if desired.

In this recipe from the Taste of Home Grilling Recipes, seasoned beef skewers are grilled with bread and vegetables and topped with provolone cheese.

Boneless beef, onions, chipotle in adobo chilies, and Worcestershire sauce are combined in this recipe. Serve with a salad and warmed corn tortillas.

Sirloin is a cut of beef that originates from the rear of a cow, behind the ribs but before the rump. Sirloin cuts are usually the leaner regions of a steak and have a high protein content. Because of their reduced fat level, sirloin cuts aren’t as flavorful as ribeye cuts, despite their deliciousness.