The most evident function of butter in baking is perhaps to impart taste to baked goods. Butter’s flavor is unrivaled in pastries, cakes, cookies, and other baked goods. For example, “butter flavored” items on the market, such as butter-flavored shortening. Still, nothing compares to the richness of real butter. The texture and flavors butter adds to the recipe are almost unrivaled in brownies.

However, in a butter-related scarcity, a milk allergy, or similar health concern, various substitutes can work in place of butter in various recipes. These substitutes, if used properly, can work sufficiently to replicate the effects for which butter is commonly used in recipes.

Find out how to properly introduce these substitutes into your brownie recipes to achieve the desired results. Also, keep in mind appropriate substitution proportions so that ultimately, the results will be as desirable and tasty as expected.

Butter is a dairy product made typically from churned cream’s fat and protein constituents. Butter is a semi-solid emulsion of approximately 80% butterfat at a complete room temperature. Butter is typically made from cow’s milk. Still, it can also be prepared from the milk of other mammals, including sheep, goats, buffalo, and yaks.

Butter is typically prepared by churning milk or cream by separating the fat globules from the buttermilk, and butter can sometimes have salt and food coloring added to it. When you render butter, you get clarified butter or ghee, which is virtually 100% butterfat after removing the water and milk particles.

Butter is commonly used as a spread at room temperature, and it can also be melted as a condiment and an ingredient in baking, sauce making, pan-frying, and other cooking methods. 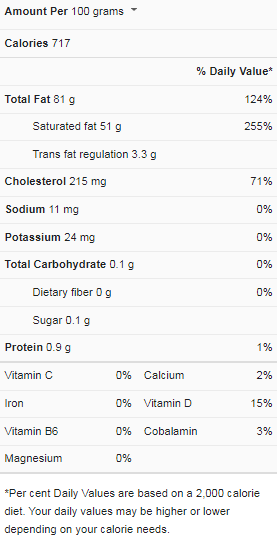 Uses of Butter in Brownie Recipes

Butter, as well as all fats in general, makes baked goods softer. For example, when butter and fat are used to coat flour in baking, they usually slow down gluten development, resulting in softer baked products.

Butter can also assist in the leavening of a variety of baked items. For example, this can be demonstrated in puff pastry, as the butter spread throughout the dough gives puff pastry its remarkable rise. Only butter will provide the necessary aeration for brownies to rise properly, and it’s thus preferable to use butter in cake brownie batter so it can rise more effectively.

Butter has been proven to have a plethora of benefits in baking. Some of the brownie recipes in which butter is popularly used are listed below:

Substitutes for Butter in Brownies

Butter is a popular spread and baking ingredient that comes in handy in various recipes. Despite this, some people avoid butter for various reasons, including health concerns or a desire for something different.

Butter’s primary function in baked recipes such as brownies is to improve the texture and flavors contained in them. You can, however, still enjoy brownie recipes without including butter in their production process.

Consider these substitutes next time you need a replacement for butter in your brownies:

Coconut oil can be used in place of butter in baking at a 1:1 ratio. However, the flavor may differ significantly depending on the type of coconut oil used. It will, however, work well enough as a substitute for butter when making brownies.

The coconut flavor is stronger in unrefined coconut oil than in refined form. As such, it is perfect for brownie recipes that call for tropical or decadent chocolate flavors. You can also use a more refined kind of coconut oil or a different replacement option if you don’t like the flavor of coconut. 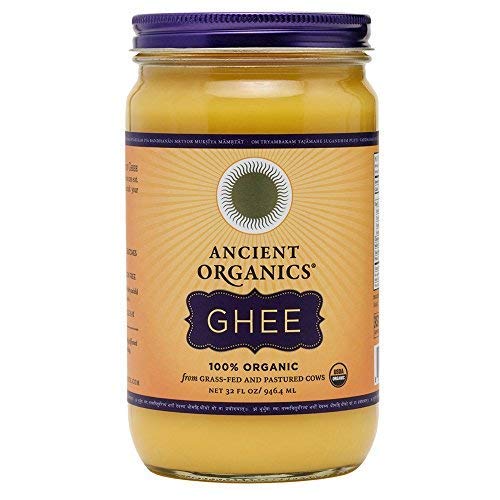 Ghee is clarified butter with a nutty and fragrant flavor. It has almost no casein or lactose, making it a better choice for persons who are allergic to milk or have lactose intolerance and thus need alternatives for butter. It can substitute butter in baked items with a strong, buttery flavor at a 1:1 ratio.

Ghee worked best as a butter substitute for baked things at high temperatures and served warm, including brownies, bread, and cookies. However, because ghee has more moisture than butter, you may need to adjust your recipes’ liquid and flour proportions. 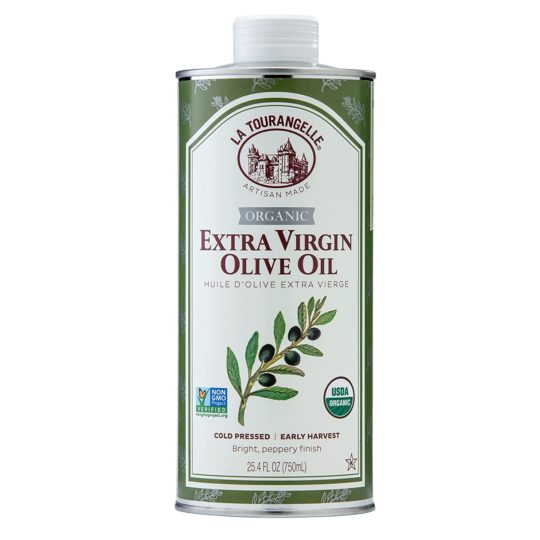 Olive oil can conveniently replace butter in most recipes at a 3:4 volume ratio. As such, if a brownie recipe calls for 1 cup (225 grams) of butter, for example, ¾ cup (180 ml) of olive oil can be substituted in its place.

The rich olive oil flavor complements fruity, nutty, or savory recipes, such as brownies, pumpkin bread, or muffins. However, because olive oil is a liquid, it cannot replace butter in recipes that require the fat to stay solid or a lot of creaming, such as frosting and angel food cake.

Can I replace butter with milk in brownies?

Because there is still fat in the whole milk version, the baked items made with it will be the softest. It works well in quick bread and cakes to add moisture and structure.

Are brownies better with butter or oil?

Both butter and oil provide a soft, tender texture in brownies, but only butter provides the aeration required to rise properly. Butter is preferable if you’re making a cake brownie because it helps the batter rise, and oil can be used to make thicker, fudge-like brownies.

Can I substitute Greek yogurt for butter in brownies?

Greek yogurt, like buttermilk, may add a rich and tangy flavor to baked products while being lower in fat and calories. Using a 1:1 ratio when substituting yogurt for butter in baking recipes is preferable. For example, if a recipe calls for 1 cup of butter, 1 cup of yogurt can be substituted.

Butter plays an important role in many baked food items, and brownies in particular benefit from significantly improving the texture and flavors contained within the recipe.

If, however, for some reason, you cannot use butter in your recipes due to scarcity, health reasons, allergies, or a general craving for a different taste, it is safe to experiment with our suggested replacement options for butter.

These options will provide the same effects as butter despite their difference in nature and composition. However, it is important to remember to use them in the right amounts and methods.