Despite their small size, gooseberries pack a punch for flavor. Their sweet, tart taste makes them a delicious addition to pies and desserts. You can enjoy these fruits raw or bake them into pies and tarts. If you love to eat these berries, you can grow your own and eat them seasonally. You can also make preserves with them. In fact, they are easy to grow in your garden. 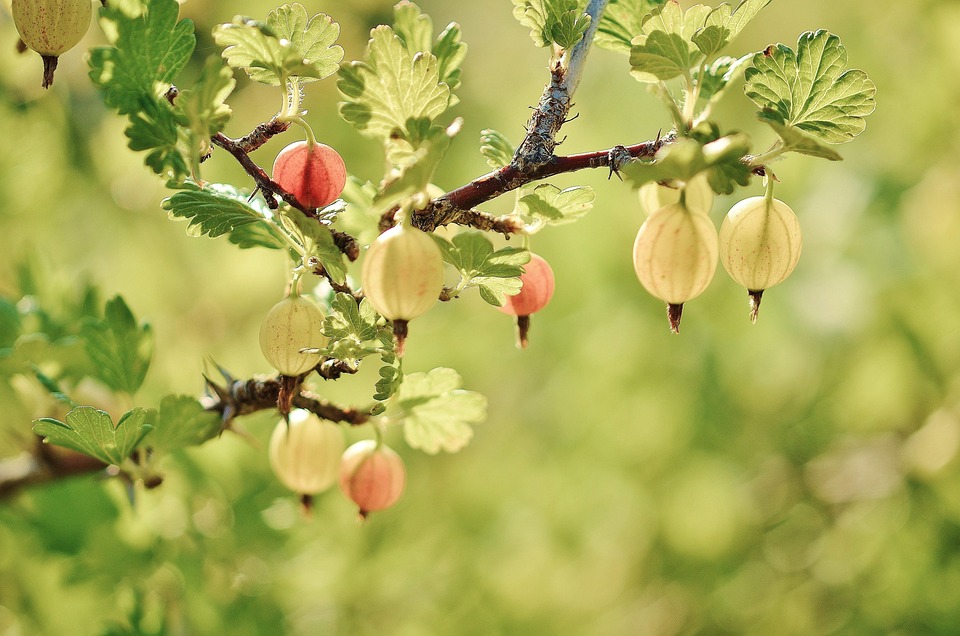 Gooseberries are a popular tropical fruit and are grown across many continents. They are a great addition to smoothies, jams, and desserts and are packed with antioxidants, vitamin C, and fiber. The taste of gooseberries is similar to many other berry fruits, including grapes and cherries. The flavor is tart and similar to other tropical fruits, but the texture differs. The riper the berry, the sourer it is.

They are not to be confused with other fruits called “gooseberry,” such as cape gooseberries and Chinese gooseberries, which do not fall under the horticultural classification of actual berries (also known as kiwi).

Gooseberries are a berry that has a sour and a sweet flavor. They are edible and have a high vitamin content, and they are highly nutritious and contain 50% of the recommended daily vitamin C requirement. When eaten fresh, gooseberries are an excellent snack because of their high vitamin content. They are also a great source of fiber and have low calories. And because of their low-fat content, they are an excellent choice for dieters.

The phrase “sour grapes” takes on a whole new meaning for gooseberries. Gooseberries come in various colors, including golden, greenish, and reddish, and have a tart grape flavor.

Gooseberries are almost savory, with a sharpness resembling lemons but a subtle sweetness that tastes like tropical fruit. These tiny berries are mostly zingy, zesty, and bright.

A gooseberry’s skin should be firm, like that of a grape. Because the skin is so thin, it will be simple to eat. The texture of gooseberry is similar to that of a cherry tomato when you bite into it, and it’s soft, pulpy, and juicy.

What is the Appearance of a Gooseberry?

The Gooseberry bush is a thorny shrub with three to five-leaf leaves and tasty berries in various colors, with yellowish-green being the most common. The flower is bell-shaped, with reddish leaves on the bell’s edge and smaller white-yellow petals.

The berries have stiff bristles and are usually yellowish-green in color. Dark red fruits are possible in cultivated varieties. Gooseberries come in a variety of sizes, including large and small berries. The thorns on the stems are incredibly sharp.

How are Gooseberries Different from Other Fruits?

Although Gooseberries are similar to grapes, they have their own flavor and have been compared to sour grapes. They are also tart and have a tart edge. Their flavor reminds many of citrus fruits and has been compared to apricots, cranberries, and bananas. They can have subtle notes of tropical fruit, but there is no denying that gooseberries are a delicious fruit.

Gooseberries have a delicate, pulpy texture. They should never be mushy, and they contain hard seeds that can damage your teeth. The only downside to gooseberries is that they are not easy to chew. However, you can easily enjoy these berries under the right growing conditions.

Gooseberries are similar to currants, but they are different in taste. They are a close relative of gooseberries and are a gem-like fruit. When ripe, they burst with a sweet, tart flavor. They come in several colors, including white and black, but are most similar to gooseberries in appearance. A single cup of gooseberries is about two tablespoons of fruit.

What are the Types of Gooseberries Present?

Gooseberries are available in different flavors and types. You can eat them raw or use them as a healthy dessert. The first variety is bright green and veined, and the later ones are softer and are red or yellow in color. They can be consumed raw or used to make jams and jellies. If you want a sweeter gooseberry, you can buy mature ones. The mature ones have a richer taste and more pectin.

Gooseberries used in traditional cooking are European varieties native to North Africa and the Caucasus Mountains. Though they lend their gene pools to the American types, they are larger and more flavorful than their American relatives. Although European gooseberries can grow to be the size of small plums, they are usually only about an inch long. Fruit skins can be smooth, rough, or bristly and come in various colors, including white, yellow, red, and purple. The California Rare Fruit Growers recommend “Hinnonmakis Yellow” for superior flavor.

Plants native to the northeastern United States are known as American gooseberries. Although they are more prolific and disease resistant than European varieties, they produce smaller, inferior-tasting berries. “Glendale” tolerates full sun better than other varieties. It was developed specifically for warmer climates, such as those found in Mediterranean climates. European varieties are preferred over all American varieties because they can be grown in any climate, supporting gooseberry cultivation.

Is it Poisonous to Eat Gooseberries?

The berries of gooseberries are not poisonous and can be eaten. We haven’t found any reports or evidence to the contrary. We would have known if they were because our entire family adores these berries… However, you should exercise caution and avoid eating too many gooseberry leaves. Although all gooseberry plants have thorns, none have been reported to be poisonous.

Gooseberry thorns aren’t poisonous, even though they can scratch you.

However, if you’re unlucky, tiny bits of plant matter can become lodged in the wound, causing swelling, pain, and plant thorn arthritis, which can be mistaken for poisoning and necessitate medical attention. Wear gloves when picking gooseberries to protect yourself from the sharp thorns.

After purchasing good, fresh gooseberries, you must store them in a way that will keep them fresh for as long as possible, especially if you are storing them for a long time. There are a few options available to you:

On the kitchen counter. Keep the gooseberries out of the refrigerator if you plan to snack on them right away and eat them within a day or two. Remember that gooseberries left on the counter will rot the most quickly.

Placed in the freezer. Freezing gooseberries is a good option if you want to keep them for six months. You can either freeze them on a tray before packing them or pack them in simple syrup or sugar.

Canning. Gooseberries can be canned just like any other fruit, allowing you to keep them for up to a year if the containers are kept tightly sealed.

Finally, gooseberries can be dried by steaming, cutting, and laying them out. After they’ve dried, you can eat them straight from the pantry for up to six months or freeze them for an extended period. To bring a dried gooseberry back to life, simply add some water. 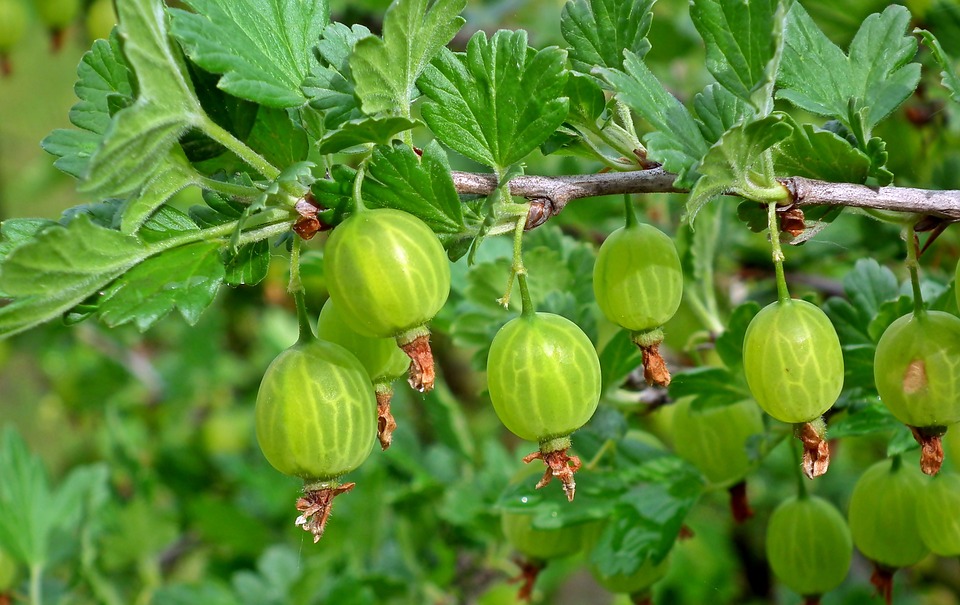 How to Eat Gooseberries?

To begin with, many people eat them raw. While they are a tart fruit, the tartness is much more subtle, with hints of sweetness and other flavors that help balance the tartness.

So go ahead and pop one in your mouth, or toss some fresh gooseberries on top of your salad for a finishing touch.

Gooseberries can also be eaten in a variety of other ways. Gooseberries are sometimes baked into pies, crisps, crumbles, and tarts. Gooseberry jams and jellies are famous, among others. Some people even blend them and use them as salad dressings or cocktails. As you can see, gooseberries can be used in various ways.

The flavor of gooseberries depends on the variety of berries. The skin of gooseberry is grassy but is not particularly sweet. They are best eaten when small and medium-sized because larger ones are not as flavorful. A mature gooseberry plant will produce eight pounds of fruit each year, though some shrubs can produce three times as many. They can be used to make a wide variety of foods, and the seeds are used to make jam and jelly.

Gooseberries are not a typical food in the U.S. and are usually used as a supplement. Their sweetness is due to their high levels of pectin, which are both naturally occurring in the berry. The berry is a great snack, but there are many other alternatives. If you don’t have the time to eat a gooseberry, several substitutes are similar in taste and texture.