Many people consider oven recipes a bother, especially when it comes to chicken. The idea of bringing, marinating, or wrapping chicken breasts can be overwhelming, particularly if you only want something quick yet tasty. But baking chicken breasts in the oven can be as rewarding as you hope. And it comes with fewer demands but promises the full flavor.

Still, many recipes offer different suggestions, and sometimes, it’s hard to find a common guideline for all chicken breast procedures. So, why not pick it according to the thickness? Here, you’ll find out the proper way to plan cooking time for thin chicken breasts. And you’ll even discover how to convert thick cuts, so you won’t have to adjust cooking time or ingredients. 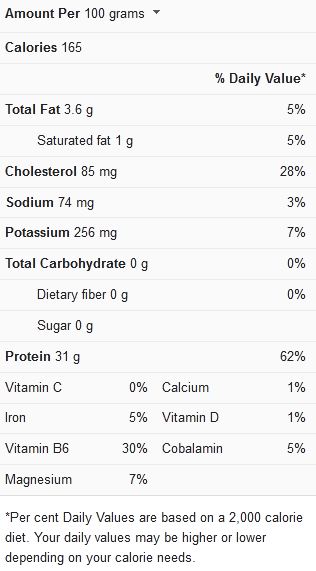 What We Call a Thin Chicken Breast

The thickness of chicken breast is relative, and what one calls thin, another may see as thick. But by our parameter, chicken breasts are considered thin when they’re around one inch or less. As it’s most unlikely to find chicken breast below one inch at the grocery store, we have techniques for achieving such.

The commonest option is to cut a thick-sized chicken breast (around seven ounces) into thinner fillets. You can also pound the chicken breast flat with a rolling pin or meat mallet. This technique will significantly reduce the breast’s density, and you’ll also notice it spread out more.

Now that we see thin chicken breasts, we can proceed to the recipe summary.

We prefer to cook thin chicken breasts in a 425F oven, so preheat yours to that temperature. This level offers enough heat to cook the breast without charring the surface. And if you’re using a convection oven, set it to 390F.

If the breasts come at a thickness of one inch or below, you won’t need to follow this step. But, if you have an average-sized option (around five ounces), flatten it with a meat mallet till it’s conveniently at the one-inch thickness mark. You can also employ a rolling pin for this purpose. Or divide large chicken breasts into equal fillets and flatten those instead. But remember that the cooking time will be done as required for normally thick average-sized chicken breast.

Any blend of seasoning work with baked chicken breasts, including garlic powder, oregano, thyme, onion powder, and black pepper. You can also consider brown sugar for a sweet tone or swap with its keto substitute if you’re concerned about calories. Smoked paprika or guajillo pepper can also be added for a hint of spiciness. Or you can consider brushing it with liquid seasoning if that’s what you have. In the end, it’s up to you to influence the flavor.

It takes around 18 to 20 minutes for average chicken breasts to reach doneness in the oven, regardless of being flattened. And this time also applies to large chicken breast sliced into two equal sheets. Still, the best cooking time is whenever the internal temperature of the breasts reaches 165F. So, monitor this doneness with a meat thermometer when you cook.

Once the chicken breasts are done, it’s recommended that you let them rest for at least five minutes before eating. When baked, the juices in chicken breasts rise to the surface. So, if they’re cut right away, the juice will be lost, along with a rich flavor. Letting the breasts sit for that time allows the juice to be reabsorbed in the flesh. And when you cut, the moisture and tastiness it contributes are maintained.