If you haven’t been used to making recipes in a crockpot, then you’ll admit that it seems challenging. And many recipes come out even more effortless in the crockpot, including the popular multi-guest dinner favorite, the ham! And with how many classic recipes are finding their place in this appliance, you may fear you’re lagging. But knowing the right way to use a slow cooker isn’t as difficult as you fear.

Unlike the oven, the cooking time for crockpot ham differs immensely. But the method is such a comfort-zone option; you won’t be bothered about the variation between both styles. So, check the instructions below to master how to keep to time when cooking crockpot ham. 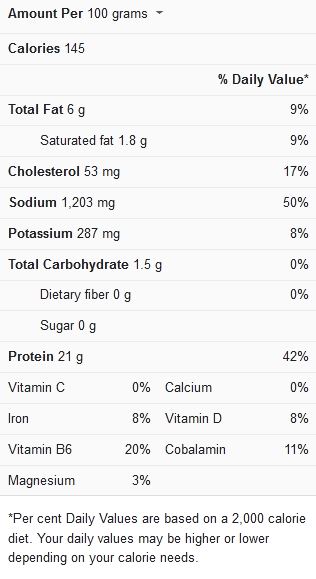 Before exploring the duration required for slow cooker ham, let’s first check out other factors that contribute to its deliciousness. Whenever you plan on making ham in a slow cooker, you need to keep these tips at heart;

Your selected ham must match the size of your slow cooker if you want the best result. So, the first step is to check your crockpot’s size with the ham you’re planning to cook. A rough parameter to consider is a seven or eight quartz slow cooker for a ham weighing eight to 10 pounds.

But sometimes, you may be stuck with a smaller crockpot, and the lid won’t close. In such cases, first cover the ham with foil, making sure to tuck it in and around the meat. The foil will trap the steam, so the meat cooks as expected, as the lid sits on top of everything.

Consider the Appearance and Flavor

Most times, hams come either cured or uncured, which refers to whether they were brined beforehand. By default, most hams found at grocery stores are cured, so take note. And cured hams tend to have a darker color when cooked compared to the uncured types. Hams can also come plain or smoked, depending on your taste preference.

Ham comes in different types, and each one offers a distinct advantage. The spiral ham, for instance, allows for an easier slicing after it’s cooked. Sliced hams are pre-cut, so you don’t have to worry about how to go about it. But most times, hams come raw, partially cooked, or fully cooked.

Most people prefer to use fully cooked ham for their recipes since it takes little time to be ready. But you can also consider partly cooked or raw hams if you’d prefer them. But note that each type requires a different internal doneness temperature. And that the raw and partly cooked ham will take a longer time to reach doneness.

Hams come either with the bone or without, and both types are unique in their ways. Most boneless hams are easier to slice and cook faster, except the rolled ham, which is denser in texture. Bone-in hams tend to take longer to cook, but they offer more flavor as the bone cooks with the meat. Plus, bone-in hams retain more moisture compared to their boneless counterparts.

Ham needs to reach an FDA-recommended internal temperature of 140F. And the size and cooked condition are the main determinants of how quickly it takes to be ready. For convenience, it’s always advised to consider precooked ham. And as a rough rule, it takes about four to six hours to cook hams below seven pounds to the approved doneness. And a typical three-pounder will be ready in two to three hours. Also, ensure to set the crockpot to LOW when cooking.

Another way to monitor cooking time for ham can be watched here.