You’ve picked a recipe to make and gasp at the sight of corn syrup. Don’t worry because you’re not the only one. Many tend to frown at the thought of including corn syrup in baked goods, and the fear isn’t baseless. With the numerous claims about the ingredient flying around, one may think twice before putting it in their food.

But authentic corn syrup isn’t as bad as most people preach. But you may still need to replace it for various other reasons, so having an alternative is useful. And you’ll be pleased to know there are substitutes out there that’ll replace corn syrup in your pastries. But what’s really in this ingredient, and why do many worries about including it in their recipes?

Corn syrup is a viscous sweet syrup produced by hydrolyzing (breaking down) cornstarch by heating it with dilute acid or combining it with enzymes. Two types of corn syrup are produced during production: light and dark.

Dark corn syrup is a mostly combination of corn syrup and molasses. But it also contains caramel, color, salt, and sodium benzoate preservative. This variant has a warm brown color and tastes much more potent than light corn syrup, and the molasses in dark corn syrup enhances its hue and flavor.

Real corn syrup is also a staple in candy, chocolate, fudges, sorbet, nutritional bars, ice creams, caramel mixes, and rice crispies. And when mixed with sugar, water, and cream of tartar, it can be used to make sugar glass. 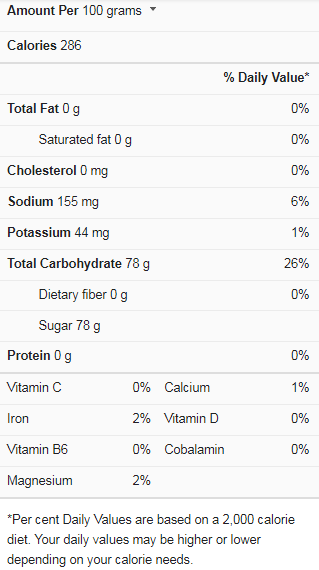 Unlike other sweeteners, corn syrup is hygroscopic. It’s resistant to crystallization and doesn’t turn grainy when the temperature drops. As a result, baked goods made with corn syrup remain moist and fresh for longer than those made from just sugar. It’s also used to create a flexible and chewy texture and as an invert sugar to sweeten baked goods. You can also add it to make baked goods less brittle or as a thickener. And other recipes you can find corn syrup in baking include;

Substitutes for Corn Syrup in Baking

If corn syrup has extensive use in baking recipes, why do people shy away from it? Well, lots of claims have sprung up insisting that corn syrup is terrible for your health. But while a nugget of truth may lie in such claims, it refers to the commercial variant rather than the food-grade type of corn syrup. And the reason is commercial corn syrup is high in fructose, which can increase blood sugar and complicate related health issues.

But you may already know about picking the best corn syrup variety for your baking recipes. Still, you may run out of it at a time you need it most. So, instead of calling it quits, why not try these other ingredients in its place? 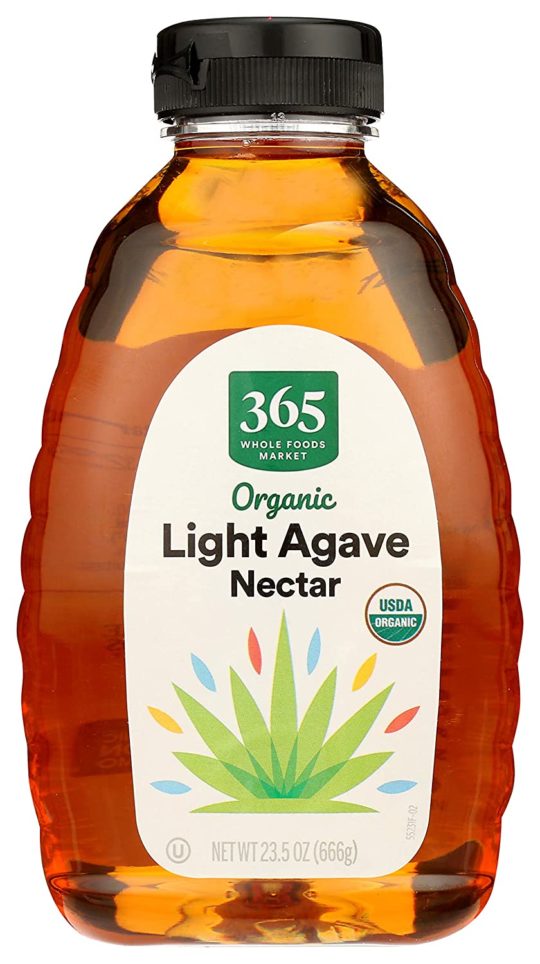 This substitute, also known as agave syrup, is made from mature agave succulents. It has a lighter consistency but is still an excellent substitute for corn syrup in baking. And though it cannot resist crystallization, its mild flavor works perfectly in pies and many other baking recipes that call for corn syrup. Despite the difference in properties compared, agave nectar still works in a 1:1 proportion when replacing corn syrup in baking.

This option is another great substitute for corn syrup made from sugar cane juice boiled down into a thick fluid. The ingredient is often compared to molasses but has a milder, lighter flavor and no sulfur. It also doesn’t prevent crystallization but still works well to replace corn syrup. And you can use cane syrup in equal measurements as corn syrup in any baking procedure. 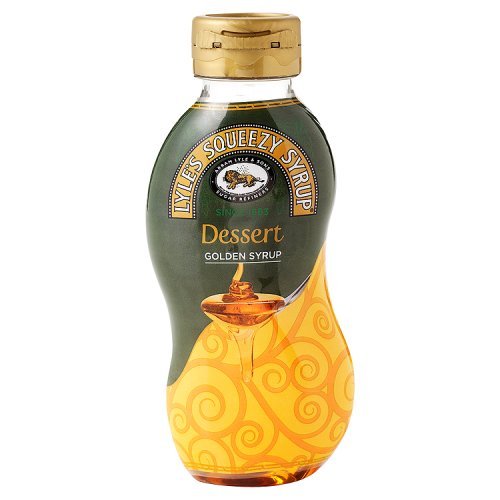 This sweetener is a British pantry staple and another excellent substitute for corn syrup in baking. It’s also known as light treacle and contains sugar, water, and citric acid. The golden syrup also has a thick, gooey consistency similar to molasses. Plus, it has a general buttery texture, making it resistant to crystallization.

The golden syrup will add a similar flavor to many baked goods that require corn syrup. And it can be swapped at the exact measurement without worrying about flavor differences or consistency. 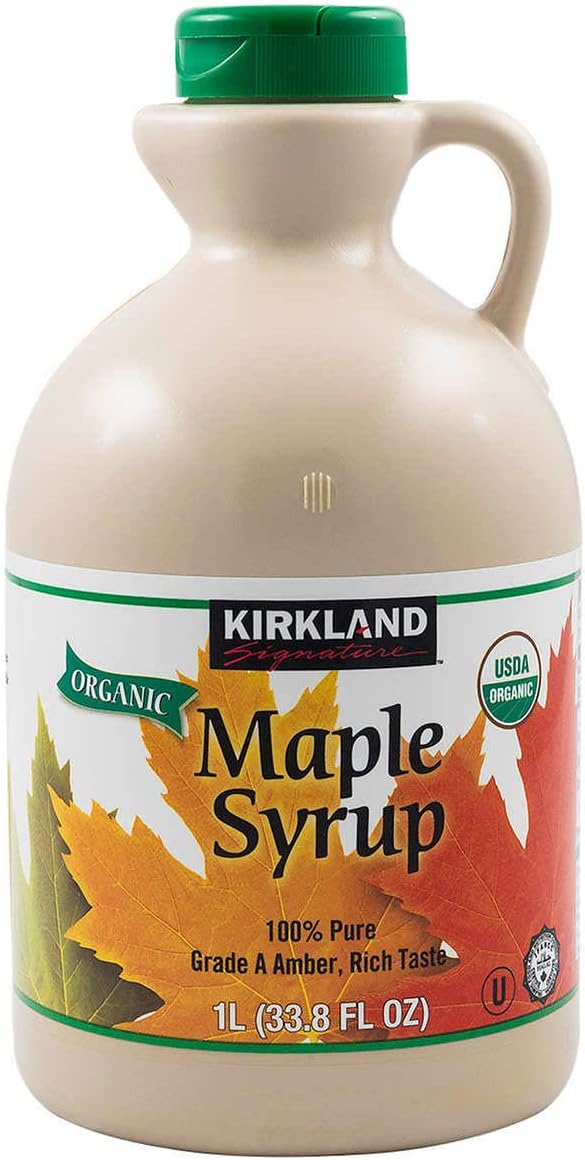 Drizzling over pancakes and waffles is not the only duty maple syrup performs in baking. It has a solid and earthy flavor but can replace corn syrup in equal measurements when baking. Maple syrup can also add depth to caramel mixes, pies, and other baked goods. And though it doesn’t prevent crystallization, you can still add it as an effective sweetener to your baked dishes. 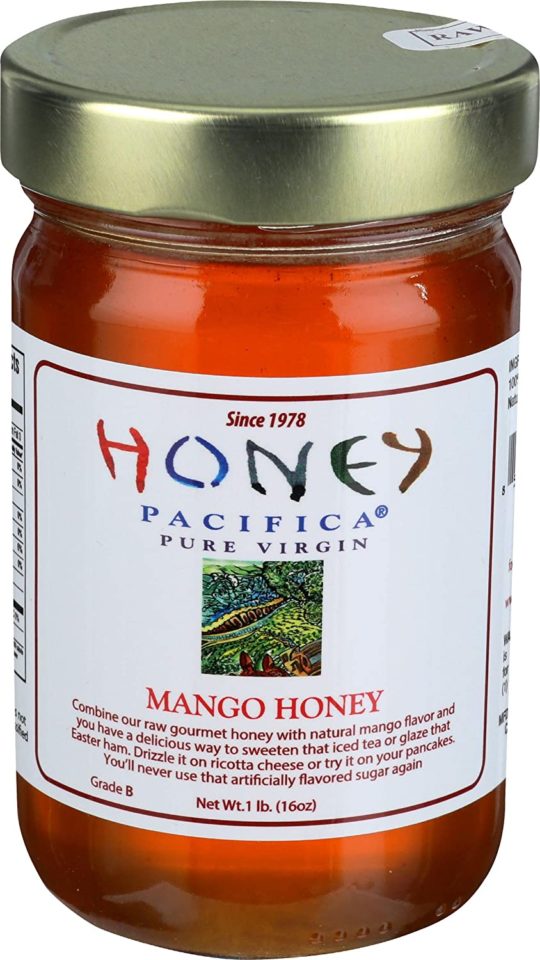 Like many other substitutes, honey doesn’t prevent crystallization but can replace corn syrup if you don’t mind the distinct flavor. This factor means you need to try a mild variety like acacia or clover or look for light-colored honey. Light-colored honey is mild in flavor compared to regular honey- since the lighter the honey, the milder the flavor. But you can also use one with a darker hue if you don’t mind the intense flavor.

You can swap honey at equal ratios with corn syrup in numerous recipes. The deep color will contribute its factor, especially if you need dark-colored corn syrup in the mix. Plus, when the recipe bakes, the sugar cooks to release a mild caramel-like flavor that resembles the real deal.

What is a healthier alternative to corn syrup?

Cane syrup, honey, and brown rice syrup are healthy alternatives to baking corn syrup. Your taste and texture preference will be the deciding factor in whichever one you choose to use.

Why is corn syrup so bad for you?

What can be substituted for corn syrup?

Apart from these options above, you can also try brown rice syrup. This ingredient is derived from boiling the simple sugars from brown rice starch into a thick syrup. And it can work as an equal proportion replacement for corn syrup in baking.

With all the goodness that corn syrup adds to baked goods, it may feel crazy when you have to do without it, And even if you have reservations about using it, helpful substitutes are still available. Plus, some can even correctly match up to corn syrup and relieve the stress of looking for a fresh bottle. So, enjoy your baked foods without any hassle, and don’t forget to send us a slice.