Potatoes, especially when mashed, are a common ingredient in many dishes. There are various ways to mash or rice your potatoes, one of which is to use a potato ricer.

Notably, to get smooth and creamy mashed potatoes, you’ll need a potato ricer. However, not everyone has access to a potato ricer. Notably, you can use several excellent alternatives to get the same outcomes.

Read on to learn more about potato ricers and their befitting substitutes, plus how you can utilize them in your recipes.

Suppose you don’t have a potato ricer. In that case, you can modify and improvise on certain tools, ensuring that you enjoy your dinner as always.

What is Potato Ricer

A potato ricer, also known as a ricer, is a culinary tool used to process – mash or rice – potatoes or other foods by forcing them through a sheet of microscopic openings the size of a grain of rice.

This device is frequently used for rice potatoes, which is a procedure that involves forcing boiled potatoes through a ricer and shredding them into small, thin shreds.

The method works because the homogeneous texture is achieved by pushing potatoes through equally sized openings, ensuring that the potatoes are only broken down once. As a result, the cell walls are far less likely to break open when using this procedure.

The potatoes that emerge are lighter and fluffier – the technique preserves the integrity and separation of entire starch cells in high-starch potatoes, giving them a fluffy, full texture.

Moreover, milk, butter, and other ingredients can be readily incorporated to keep the starch structure intact, resulting in consistent mashed potatoes. 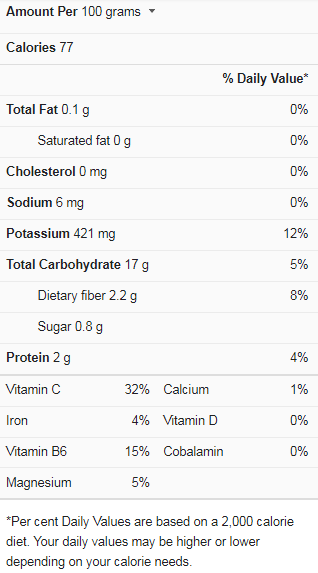 Many people enjoy mashed potatoes, and nothing compares to the taste of homemade mashed potatoes. One thing is for sure, a potato ricer guarantees that the potatoes you use in your recipe are creamy, smooth, and fluffy.

Lets us take a peek at some interesting recipes that incorporate the use of potato ricers in them: 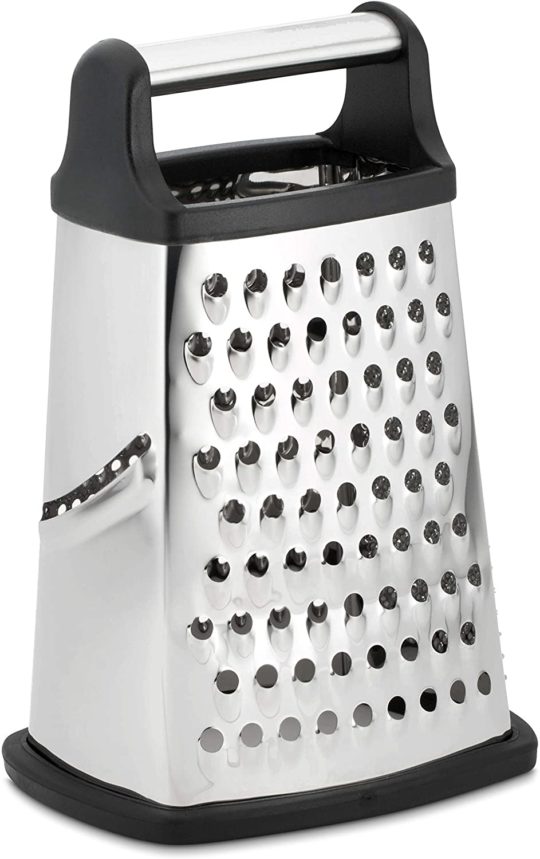 If you don’t have a potato ricer, you can get the job done with a fine grater. It will, however, be difficult to grate potatoes that have not been properly boiled. Therefore, you must fully boil your potatoes before using a fine grater on them.

Well-boiled potatoes should be tender to the touch. After boiling them, chill them in cold water before peeling them. Once peeled, place them one by one on the grater and grind them into a large enough bowl.

Depending on their size, you may also need to chop some potatoes in half to fit them inside your grater. Although you won’t have this difficulty if your grater is automatic – you can put your potato in and continue pushing till it’s smashed. 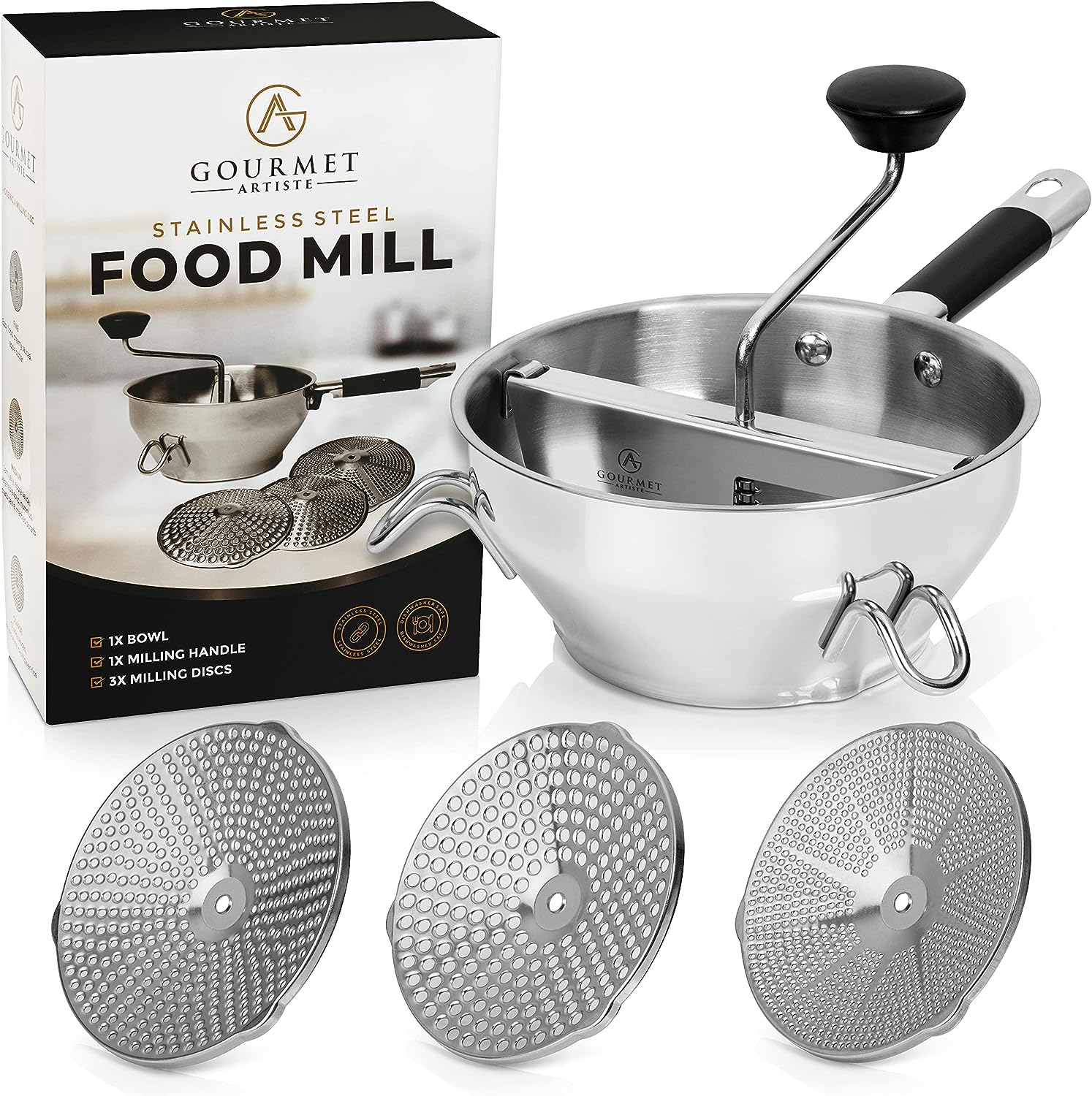 Utilizing a food mill is a good approach if you’re looking for an alternative to your potato ricer. Unfortunately, the approach isn’t all that complex, and it’s quite easy to use. A food mill is a standard tool for slicing and mashing potatoes of various sizes.

First, boil and chill your potatoes, then slice them using the medium-size option on the food mill. However, it is recommended that you peel them before cooking with them. Proceed to place the food mill over a bowl large enough to hold the potatoes you wish to rice.

Depending on the size of the instrument, carefully insert the potatoes one at a time and slice them into small quarters. Turn the handle clockwise with your hands, giving light pressure until all mashed potatoes have exited.

A manual masher would suffice as a potato ricer substitute, especially if you only need to process a few potatoes.

The best thing to do is make sure the masher reaches all four edges of the saucepan. To make the procedure go faster, twist as you push while adding some liquid. You’ll have a smooth, pleasing, and tasty bowl of mashed potatoes if you follow these guidelines. Also, remember that for the greatest results, your potatoes must be properly boiled.

However, mashers may not be the finest of the best when it comes to potato ricers. The main reasons why the lumps they leave behind when the operation is over. Although your potatoes will not be as fluffy as those made with a ricer, they will be smooth and creamy.

Can I use a grater instead of a potato ricer?

A coarse cheese grater might work great. The key is not to overwork the potato or the dough once the flour is added.

Can you use a masher instead of a ricer?

A masher is a way to go if you want a bowl of textured potatoes, which is especially wonderful when adding toppings like herbs or cheese. Meanwhile, you can use a ricer if you want your potatoes to be fluffy and smooth.

Can you use a potato ricer for tomatoes?

You can use the ricer to smash tomatoes for sauce or canning. First, chop them into manageable parts rather than rice an entire tomato. The ricer is also ideal for squeezing the extra liquid from cooked frozen spinach or other greens before using it in a dish.

You can always be creative and versatile when ricing potatoes at home. The other available alternatives will be determined by how you want your riced potatoes to turn out and how quickly you want them to be ready.

Moreover, cooked vegetables and fruits are pressed through the small holes to generate a puree similar to a drum sieve. In addition, ricers are also frequently used to purée baby food.

Even if many foods can now be pureed more readily in other ways, a manual approach such as ricing is ideal for potatoes.