If you find yourself with a moist chunk of chuck roast, but don’t know what to do with it, then I have an interesting suggestion for you; the crockpot! Toss this hunk of beef into the slow cooker with any choice of spices, seasoning, and broth you prefer, and you’ll end up with a splendid result. But wait! You’re worried about how long it should cook for, aren’t you? Well, we’ve got you covered on that angle too! 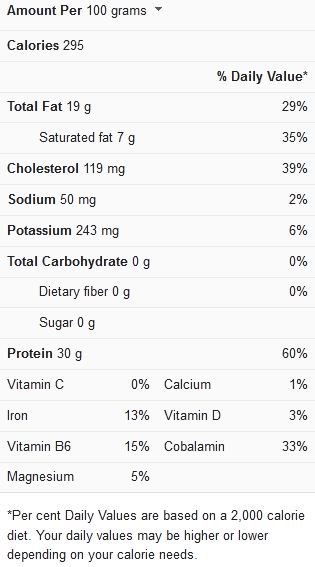 Various elements determine how long a chuck roast will take to cook in the crockpot. And below are two of the most determining factors;

This factor shouldn’t be hard to see coming, as it is common logic that bigger means more meat, right? But before you conclude on such an idea, there’s something you also need to put in mind. While it’s true that larger cuts of chuck roast will take a longer time in a slow cooker, it’s not always the case.

Working alongside the size of the roast is its thickness, and though chuck cuts may be alike in size and weight, they may not be as dense. For instance, let’s picture a flat-surfaced 4-pound chuck cut and another with a round shape that’s just as thick. Then, automatically, the latter will take longer to cook than the former.

Chuck roast is one of the many types elected for their marbling, meaning they have a rich fat content that lets them excel at slow cooking. But even with that, some still cook faster than others. And the fattier the chuck cut, the faster its tissues tenderize in the slow cooker.

The reason is the fat melts between the meat, spreading its juice along the fibers and making it tenderer for eating. Plus, you get a boost in flavor when the fatty content is high, so win-win. But if you’re not keen on the fat content, you can trim the excess amount of it off the meat, but not all of it.

All slow cookers, regardless of the brand, offer two settings, namely HIGH and LOW. The HIGH setting cooks typically extends for about three to four hours in cooking time, while the LOW setting can reach seven to 10 hours. The reason is each setting works at a specific temperature level, with the HIGH creating a cooking environment of 300F and the LOW using a 190F temperature gauge.

Most people cook their chuck roasts with the LOW settings, which is highly recommended, as such slow-cooking technique will render the meat juicier and softer.

Wash and chop aromatics and vegetables into sizable chunks; you can pick options like carrots, onions, and potatoes for this purpose. Then, place the pieces at the bottom of the crockpot- they’ll serve as a veggie bed for the chuck roast.

Season the chuck roast with pepper and salt, and then sear it in a skillet on the stovetop to create a crispy exterior. The browning process will also help lock in moisture as it braises in the slow cooker.

Set the chuck roast atop the vegetable bed, with the fat side up. You want your roast to cook in this position, so as the fat melts, it self-bastes. And the longer the meat cooks, the softer the fat juice makes the tissues.

Add whatever seasoning and spices you’d prefer atop the roast- not beside it. The seasoning should sit directly on the fatty layer, seeping into it as it melts. That way, the flavors penetrate the meat during the self-baste process as it cooks.

Next, pour water over the contents of the pot and place the lid, then seal it and lock the valve.

Program the crockpot to LOW for whatever time you derived from calculating the minute per pound.

Check the meat’s internal temperature at the end of the cooking process for the approved 145F doneness. Once this is reached, the meat is ready. But if you want more tenderness, allow it to cook for a few more hours.

Set the chuck roast onto a serving platter and let it sit tented for a few minutes, preferably 15 to 20 minutes before you carve. And serve it with the cooked vegetables you used as bedding; they’ll have become super tasty from being cooked in the meat juice.

Calculate the cooking time using the two hours per pound formula when making chuck roast in the crockpot. By this measurement, a typical five-pound chuck roast will cook for about 10 hours on LOW settings. But if you’re in a hurry, set the slow cooker to HIGH, and cook it at 90 minutes per pound (seven-and-a-half hours for a 5-pounder).

You should also check this video recipe for more suggestions.