We’ve all wondered: “What does Sriracha taste like?” We’re curious because we love hot sauces and have used this popular condiment for almost everything. But how does Sriracha compare to other hot sauces? Let’s answer that question and discover how this spicy, vinegar-based condiment differs from other chile peppers. The general flavor is pungent, sweet, and tangy with a slight pungency.

The flavor profile of Sriracha is very complex, and its primary ingredients are chili peppers, garlic, sugar, and vinegar. These ingredients are well-suited for marinating and dipping. Still, it’s versatile enough to use as a standalone condiment or combined with ketchup, mayonnaise, and sour cream to make a tasty spread or dip. If you’re unsure about Sriracha, start by tasting a few dishes, and you’ll find many new dishes to fall in love with! 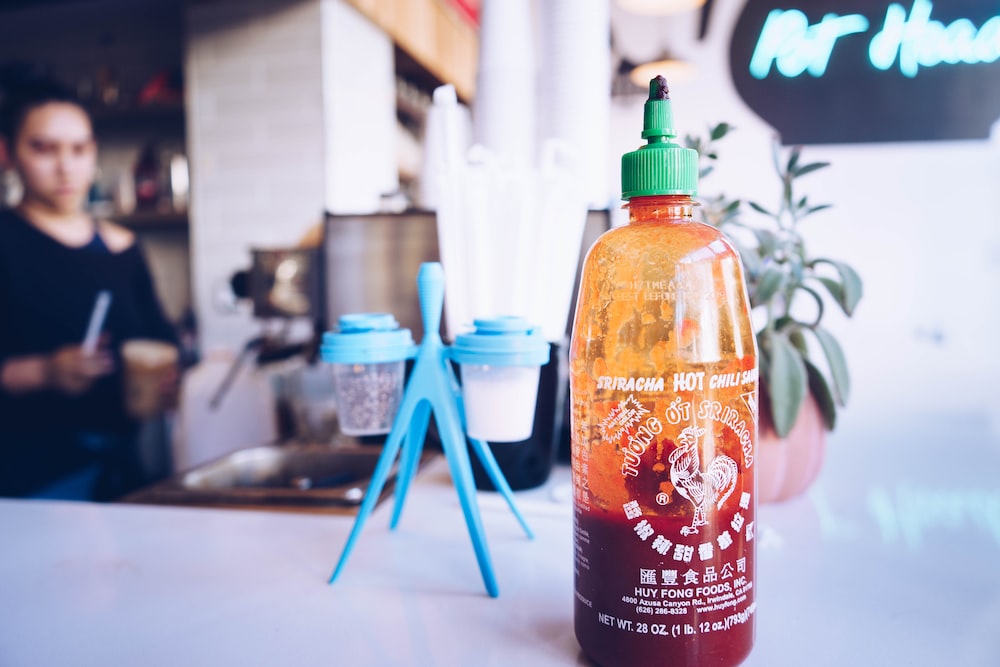 Sriracha is one of the most popular hot sauces on the market. Its heat is similar to that of habanero, which is a sour chili paste. It works best with creamy soup bases. And it’s a perfect match for meats with a salty flavor. In addition to soups, sriracha is a popular addition to barbecue marinades, sauces, and honey glazes. It’s perfect for spicing up pulled pork sandwiches. And it goes well with dairy. It’s great for adding to mac and cheese or nacho sauces.

Sriracha is a bright red hot sauce most commonly associated with Vietnamese and Thai cuisine. It’s made with red chili peppers, garlic, vinegar, salt, and sugar and can be added to anything from noodle soup to chicken wings to add spice and flavor.

The origins of sriracha and the inspiration for its name can be traced back to the Thai city of Si Racha, where housewife Thanom Chakkapak created a similar sauce in the 1930s. Sriraja Panich became Thailand’s best-selling hot sauce, inspiring a slew of knockoffs across Southeast Asia.

Until the 1980s, Sriracha was virtually unknown in the U.S. until it was marketed by Vietnamese immigrant David Tran. The company’s version of the sauce was sold in a green squirt bottle and featured a rooster logo. It has been a trend for many years and is now found in nearly every grocery store. “sriracha” is pronounced with three distinct syllables.

Sriracha sauce tastes different depending on the brand. It’s spicy with a light kick that doesn’t overpower the flavors of the other ingredients. It has a tangy-sweet flavor thanks to the garlic and sugar.

Huy Fong has a mild flavor with a noticeable kick by some, and others claim it starts out sweet before becoming more intense as you eat it. There are several varieties made in Thailand, and they are said to have a more vinegary, sweet flavor, and a thinner consistency.

While it’s easy to guess the flavor profile of Sriracha, its popularity is not limited to Asian cuisine. It is a versatile condiment with pork, chicken, and vegetables. It can be mixed with mayo to create a spicy burger spread or add a zesty flavor to chicken, eggs, and fries. The possibilities are endless! Its popularity has exploded, and spiciness is now widely available.

What are the Main Ingredients of the Sriracha?

Sriracha sauce is a spicy condiment that is thick, tangy, and slightly sweet. Although it originated in Thailand, it is now trendy in the United States.

The main ingredient of Sriracha is chili, and its red chilies have a nutty flavor. This hot sauce is ubiquitous in Asian restaurants, and it pairs well with pork, chicken, or vegetables. Almost every type of food has some kind of Sriracha in it. But if you’re unsure of its taste, try it and see how it changes the taste of your favorite dishes.

Though Sriracha is primarily used as a dipping sauce, it’s a versatile condiment that can also be used for cooking. It’s best served as a sauce with spicy dishes, such as fried rice or grilled chicken. In fact, sriracha can be used in both cooking and baking. For example, you can bake sriracha sauce on a cookie or bread. It can also be sprinkled on your favorite snacks or food.

What Happens When Sriracha is Fermented?

According to Jake Emen of Eater, when Huy Fong Foods ferments their chilis, they first grind them down to a purée and ferment them in vinegar and garlic. According to Mike Hultquist of Chili Pepper Madness, fermenting peppers breaks down carbohydrates and converts them to acid, which mellows the flavor.

Hultquist’s recipe calls for puréeing the peppers in a food processor, then mixing it with water and sea salt, sealing the jar, and leaving it for 1-2 weeks (occasionally ‘burping’ the jar by opening it to let out any gasses).

After this time has passed, he adds the peppers to a pot with the vinegar, garlic, and sugar, brings it to a boil, and then reduces the heat to low and leaves it to simmer for up to 10 minutes. Sriracha is ready to use once the sauce has cooled.

Sriracha has a long shelf life due to the fermentation process, as the acid acts as a natural preservative.

What are the Most Popular Sriracha Brands?

What is the Spiciness of Sriracha?

The Scoville Heat Unit scale calculates the amount of capsaicin in peppers, the chemical compound that gives them their spicy heat. Scoville heat index values for hotter peppers are higher. As a result, a low rating denotes a lack of heat.

In Season 3 of the Hot One’s video series, the hot starter sauce was essential sriracha with a SHU range of 1,000 to 2,500. It was followed by Tabasco Original, which had a Scoville rating of 2,500. Blair’s Mega Death, with a Scoville rating of 550,000, was the final sauce.

Why does Sriracha Become to Brown with Age?

Because of the red chilis, most hot sauces start out red, but they darken and become browner after a while. Most hot sauces, such as Tabasco, have a similar effect.

Most hot sauces, including the Cajun-inspired Tabasco sauce, have the same effect. But it’s nothing to be concerned about. It’s a natural part of growing older. It’s not that Sriracha is going wrong as it thickens with age; chili peppers will continue to darken over time, but it’s still delicious. It’s just how things are.

Although you may notice a slight loss of flavor after a few months, the chili’s heat increases.

What is the Difference Between Sriracha and Tobasco?

When you compare Tabasco and Sriracha, you can immediately see the differences. Red pepper, distilled vinegar, and salt give Tabasco its flavor, and it’s fragile and watery when it’s done. There’s a lot more to Sriracha, and chili, garlic, sugar, salt, distilled vinegar, potassium sorbate, sodium bisulfate, and xanthan gum are among the ingredients. It’s also thicker than its distant cousin, Tabasco sauce, and resembles thin ketchup more closely.
The level of spiciness is one difference between Tabasco and Sriracha. Sriracha is slightly less spicy than Tabasco, which may explain its popularity. It’s worth noting that the tabasco pepper is significantly hotter than the red jalapeno used in sriracha. So, if that’s the case, why are their spiciness levels so close to each other? The key is to look at the ingredients. The amount of distilled vinegar in Tabasco sauce reduces the pepper’s spiciness, making it more enjoyable for the average person.

For the most part, sriracha poses few dangers and is generally safe to consume — though some people may need to limit their intake.

Spicy foods may be partly to blame for heartburn and acid reflux.

Furthermore, some sriracha brands have higher sodium levels than others.

Even though the amount per serving is unlikely to contribute significantly to your daily sodium intake, it’s worth comparing a few different brands if you’re trying to cut sodium from your diet.

Finally, some brands of sriracha, such as Huy Fong’s rooster sauce, contain preservatives like sodium bisulfite, which may cause an allergic reaction in people with sulfite sensitivities. 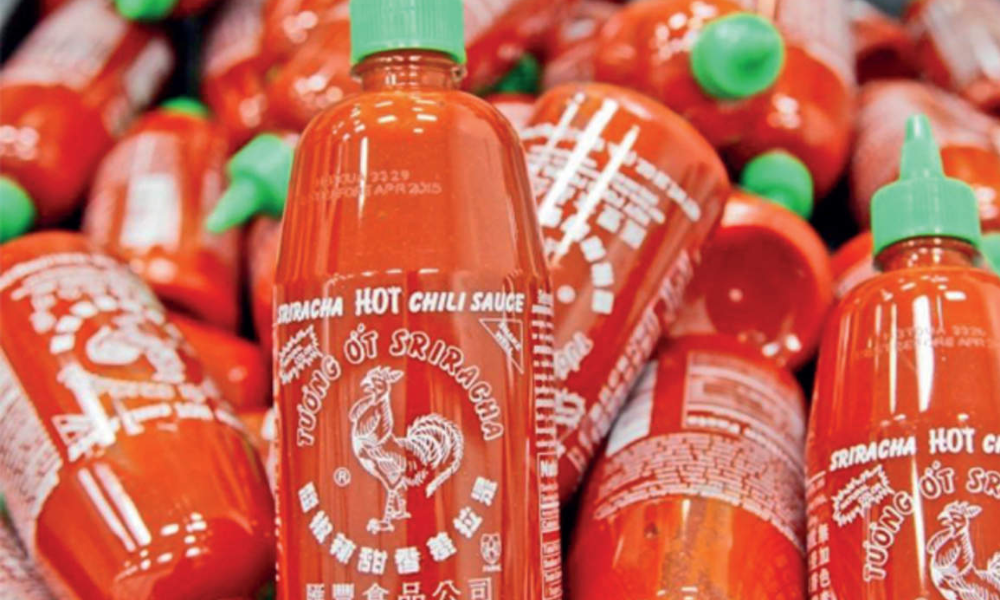 Sriracha Sauce: How to Use it?

Sriracha, like most hot sauces, is highly versatile. Here are some ideas for how to use the spicy sauce:

In addition to its flavor and aroma, Sriracha’s nutrition profile is also impressive. Two compounds in the sauce help relieve pain and increase levels of endorphins. In addition, the hot sauce is good for you. The sauce is often found in Vietnamese restaurants. Its name isn’t disputed, but some debates remain about its origins. In fact, the most popular brand of Sriracha is manufactured by Huy Fong Foods, a Vietnamese immigrant in the U.S., although it isn’t labeled as such.

The main ingredients of Sriracha are garlic, chili peppers, sugar, vinegar, and salt. This sauce has an exciting nutrient profile, including low-calorie levels and little fat. It contains little protein and is not considered healthy, but it is high in vitamin C and other nutrients. If you’re wondering what sriracha taste, you’ll have to decide.

As a condiment, sriracha is a hot sauce that originated in Thailand. Before David Tran’s Huy Fong Foods introduced sriracha to the U.S., it wasn’t until the late ’70s that this Thai condiment made its way into the US. It’s used in many Asian dishes and is a staple at hipster restaurants.