Many times, we come across a recipe that calls for diastatic malt powder. And for those who’re familiar with it, we’re glad to have it in the pantry. Its interesting effects in cooking and baking are almost unrivaled. And as such, it’s easy to depend on this grain-based ingredient heavily.

But like everything in the pantry, you can run out of it. And if you weren’t familiar with it, to begin with, finding diastatic malt powder on a recipe list can be scary. But you can still replace it with something else in the kitchen, be you’re an expert or a novice. And once you’ve got the hang of what it is, picking these substitutes will become an easier task.

What is Diastatic Malt Powder?

Diastatic malt powder is a derivative of a malt type, mostly from sprouted barley. The powder may also be sauced from other plant bases like rice and wheat grains. Its primary content is amylase, a diastatic enzyme useful in baking activities. This enzyme helps regular bread formulations by correcting the enzyme activity in its process.

When diastatic malt powder is added to the dough, amylase breaks down the sugar content, allowing the bread to leaven and yield a tenderer texture. This process achieves the rise by feeding the yeast with the sugar in the dough. And while baking is one main application of diastatic malt powder, it’s also used in the fermentation of other products and as a sweetener.

In baking diastatic malt powder helps dough rise, creating a fluffier, tenderer texture. It also contributes to a crustier crust in the baked goods and adds an attractive brown color through the Maillard reaction. Diastatic malt powder is also used as a flavoring in recipes where it imparts a rich malt taste and sweetness to the product. You’ll also note that baked goods with the ingredient offer more chewiness as it encourages the yeast content to build more gluten during fermentation.

The powder also functions as an ideal preservative, as it helps extend the shelf life of baked foods. It’s also a rich source of vitamins and amino acids, making it nutritionally richer and reducing sugar content. And a handy list of foods where diastatic malt powder is mainly used include;

When a recipe calls for diastatic malt powder, it can be a significant pain when you don’t have any. But the good thing is you can find some valuable alternatives to do its job. But before picking one, it helps to figure out why the ingredient is required in the first place. This information is vital in determining the best way to swap it. 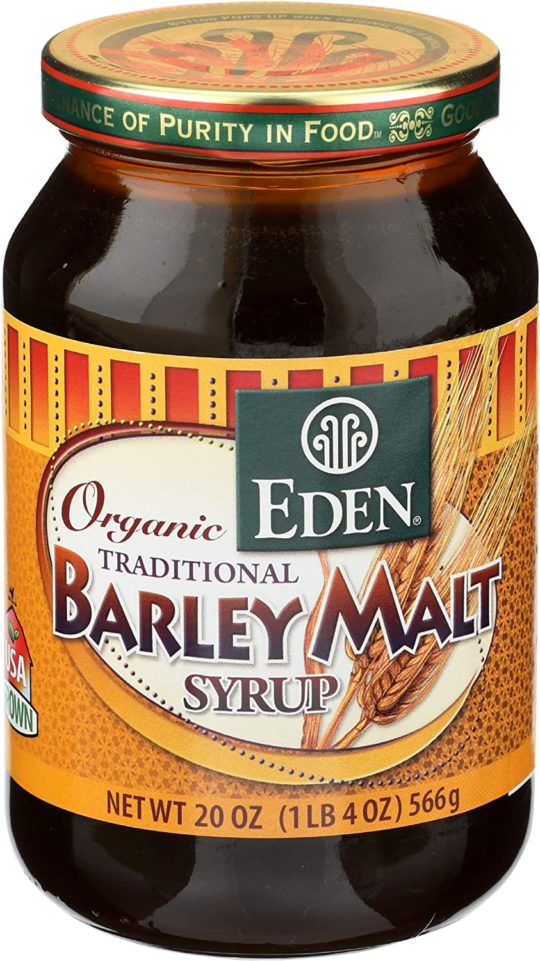 This option is best if the recipe needs the sugar reduction and dough leavening advantage of diastatic malt powder. This substitute is perfect because it’s the same thing, except that the amylase is bodied in a liquid base, opposed to the powder. But diastatic malt syrup is sweeter and isn’t recommended at equal amounts as the powder. So, it’s best to ¾ tablespoon of it in place of every three tablespoons of the powder. 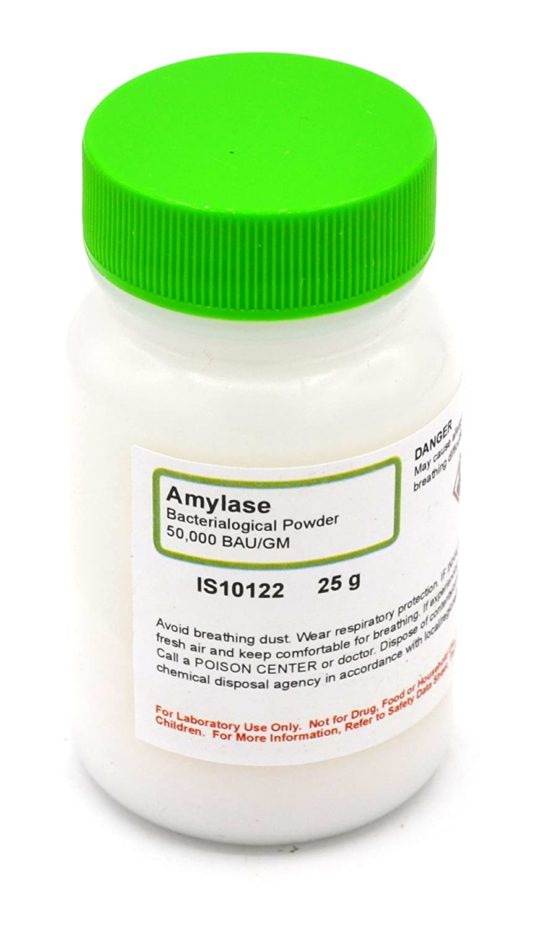 Since the amylase in diastatic malt powder is the primary reason for its use in baking, why not try a direct source instead? Amylase powder is an ideal choice as a substitute for sugar reduction and bread leavening. Plus, it’ll also create the impressive crust required, reduce stickiness and boost yeast fermentation. Bu amylase powder is more potent, being in its pure form, so you’ll need less of it to replace diastatic malt powder. As such, use it at a 1:50 rate to the original ingredient in all baking recipes. 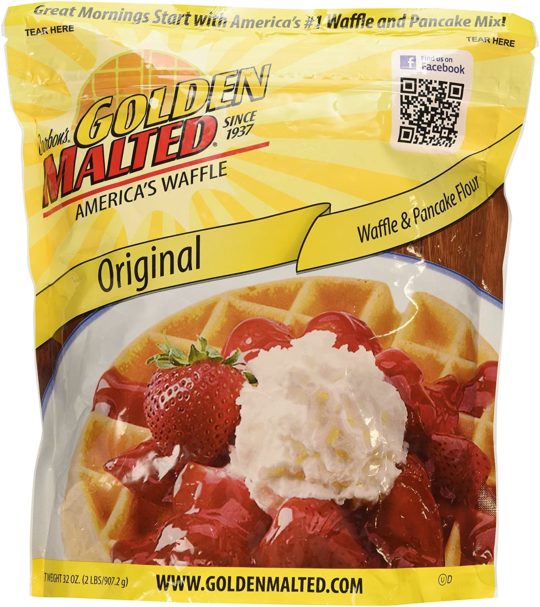 Of course, the absence of diastatic malt powder in flour is why the ingredient is added. But some flours do come with it in their mix, so pick any of these options for your baking. The advantage is you won’t have to source for an additional ingredient to include amylase in your baking. And it’s pretty straightforward, as you can use the flour in equal amounts to replace the regular flour in the recipe. With any flour pre-mixed with diastatic malt powder, you’ll get considerable fluffiness in any baked goods. And it’ll come out with a friendly browning and a decent crust. 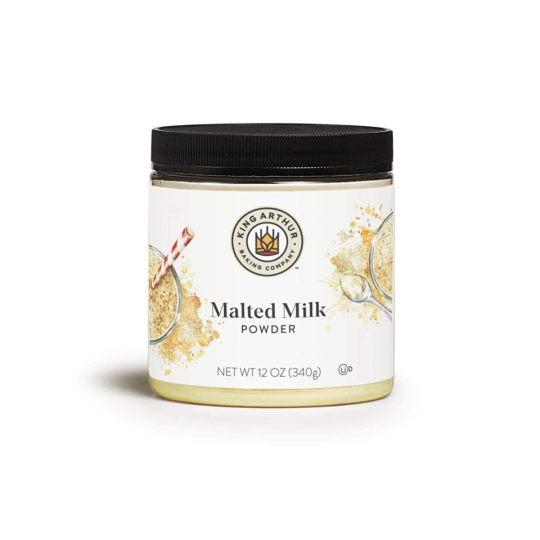 While diastatic malt powder reduces sugar in many baked recipes, it may also be included in a recipe to infuse flavor. So, in such cases, malted milk powder will contribute to that added taste. This option is best for drinks and baked goods that thrive on a malty sweetness. And with it, you’ll get a good dose of nuttiness in the recipe. So use it in equal amounts or adjust it in drinks, smoothies, and milkshakes to your preferred taste. 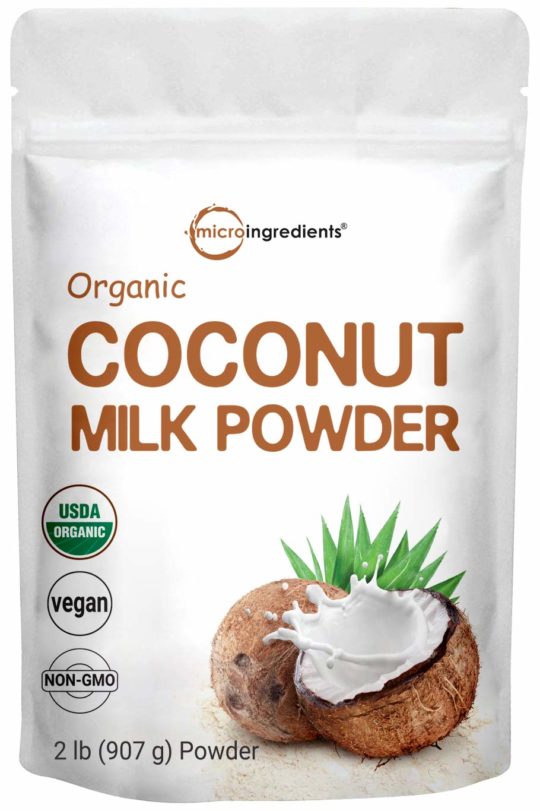 One great thing about coconut milk powder is it’ll infuse a rich nutty flavor to your recipe. Though it doesn’t work to reduce sugar or boost fermentation, it’s ideal for building taste. It’s also considerably sweet but healthily due to its coconut origin. And it works not only in baked goods but also in drinks, desserts, and foods that require the nutty sweetness of diastatic malt powder. As such, you can use coconut milk powder in equal amounts as a replacement.

Can I substitute honey for diastatic malt powder?

Yes, but only if it’s included for flavor. Honey is also renowned for being subject to the Maillard reaction, so you’ll also get an excellent browning effect from it. And it works excellently at imparting a floral flavor that’s close to malt.

How do you make diastatic malt powder at home?

The first stage is soaking your chosen malt source (barley or any similar grain) for some hours. Next, the grains need to be washed, drained, and aired till they develop sprouts as long as the grains. Then, leave the grains to dry at low temperature, so the enzymes will be retained, after which you should grind them. But ensure that the grains are thoroughly dried before this step, or you’ll end up with moist clumps in the powder.

What is the difference between diastatic and non-diastatic malt powder?

The enzymatic content is the main difference between the two ingredients. Diastatic malt powder is created to retain its amylase content, which is why it’s dried at low temperatures instead of a kiln. But non-diastatic malt powder is mainly produced to impart the nutty flavor of the grain and is therefore void of the enzymes.

As valuable as diastatic malt powder is, you can’t always have it around. But whatever the reason you’re out of it, knowing how to replace it can be helpful. These substitutes can come to your rescue at such times. And with them, your needs for the malt ingredient won’t be as urgent as they felt.