Soy sauce is an extremely versatile ingredient whose distinct flavor cannot be replicated by combining other flavors. It is often used as a table condiment or as an ingredient in cooking, and it adds a lot of flavor to a variety of foods. 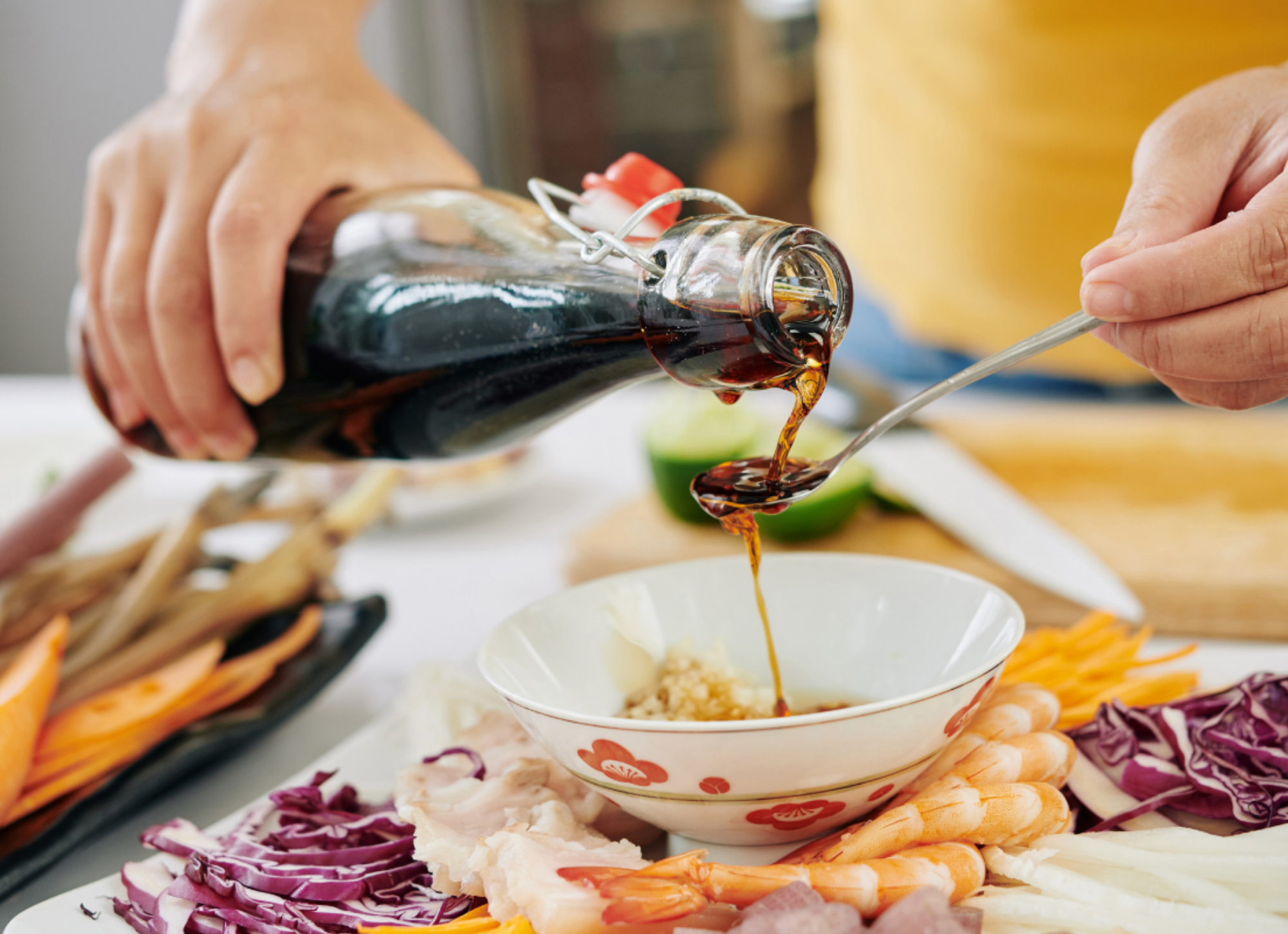 It might, however, happen at some point that you run out of soy sauce for use in your recipes. If also there is the existence of a soy or wheat allergy, soy sauce may not exactly be an option to use. If this is the case, some substitutes can easily replace soy sauce in your recipes.

When choosing an appropriate substitute, remember to pick one based on your reason for needing a substitute in the first place. This will ensure that the chosen substitute will suffice in place of soy sauce for the best possible results.

Soy sauce is a condiment of Chinese origin, produced from a fermented mixture of soybeans, roasted grain, brine, and mold of the Aspergillus Oryza species. It possesses a strong umami flavor, and the use of soy sauce, like many salty sauces, began as a means to stretch salt, which was historically an expensive commodity.

A Japanese “dark” soy sauce is the most common bottle of soy sauce seen in the international area of the supermarket. Mirin, a sweet rice wine, is used to make a “light” soy sauce that is slightly sweeter. In some specialist Asian markets, there are also “light” and “dark” Chinese versions of soy sauce.

Soy sauce can be employed as a dip or in cooking as a salt flavoring, and it can be applied directly to meals. Soy sauce is typically served with rice, noodles, and sushi or sashimi, although it can also be dipped in ground wasabi. In many countries, soy sauce bottles are kept on restaurant tables for the salty flavoring of various cuisines. You can keep soy sauce at room temperature for a long time.

Soy sauce is a common ingredient in stir-fries and Chinese takeout, and it’s a terrific way to add to your meal. A little soy sauce goes a long way in marinades, brines, and dipping sauces of many kinds.

Due to soy sauce’s high umami and significant salt content, it is the ideal condiment for seasoning just about anything. Altogether, soy sauce introduces salt, umami, and a bit of sweetness to a meal, making it suited for a wide range of meals.

Some of the recipes in which soy sauce is commonly used include the following:

Soy sauce is unquestionably one of the most well-known pantry heroes. It is salty, acidic, delicious in all the right ways, and quite adaptable. It adds umami to marinades, produces a great stir-fry sauce, and you most likely can’t enjoy sushi or dumplings without some soy sauce on the side.

If, however you have a soy or wheat allergy, soy sauce is not something you should use. If perhaps you’re checking your salt consumption, it would also be important to stay away from its use. Naturally, this would warrant the use of substitutes.

The good news is that there are several condiments to use in place of soy sauce. Some of them have been described below: 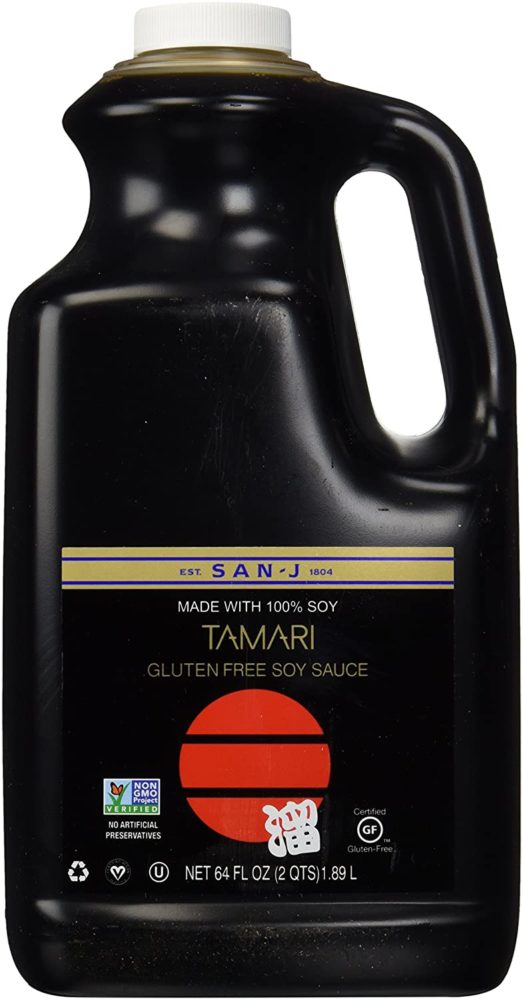 If you don’t have a soy allergy or aren’t watching your sodium intake, tamari is the closest thing to soy sauce in terms of flavor. This is because tamari is manufactured from soybeans and brewed similarly to soy sauce, but it is gluten-free because it doesn’t include wheat. So if you’re gluten-free, you should still check the label because some brands include trace amounts of wheat.

Because it is similarly saline, this sauce can be used in place of soy in a 1:1 ratio. Use tamari in any dish whose recipe calls for soy sauce. 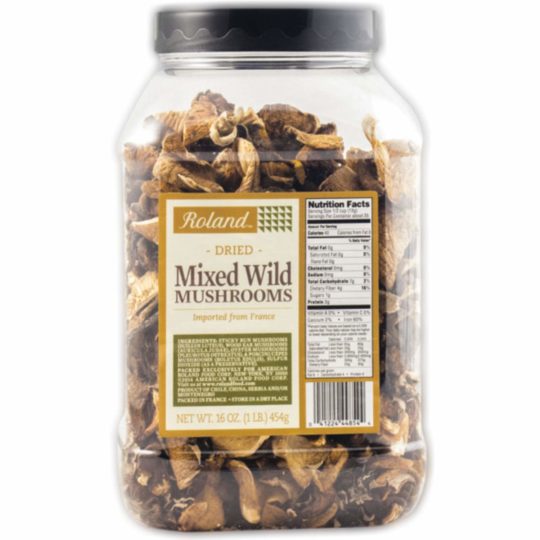 Dried shiitake mushrooms can be used as a soy sauce substitute that is gluten-free, soy-free, and low in salt. Rehydrate the mushrooms in water, then replace the soy sauce with the soaking liquid.

This is not exactly the most accurate substitution, but it packs a powerful umami punch. For example, dried shiitake mushrooms may be found in the mushroom area of most supermarket stores. Because the flavor is less concentrated, use dried mushrooms in a meal that only calls for a tiny amount of soy sauce.

This option is also a fermented sauce and is a British condiment made up of malt vinegar, anchovies, spices, sugar, salt, garlic, onions, tamarind extract, and molasses, among other things. It has the same umami flavor as soy sauce, but it is considerably lower in salt and contains no soy or gluten.

Because Worcestershire is less salty, it works well in dishes that call for soy sauce for flavor but not saltiness. However, if you’re allergic to shellfish or seafood, Worcestershire sauce is not a good substitute idea.

What is no soy sauce?

Gluten-free and soy-free options are available. Coconut aminos is a coconut sap-based sauce. Coconut aminos, a delicious soy-sauce substitute, are made by fermenting the sap and blending it with salt. Because Paleo and Whole30 diets do not include soy, coconut aminos have become increasingly popular.

Can I use sesame oil instead of soy sauce?

There’s nothing wrong with using sesame oil in place of soy sauce, and you’ll notice a tiny difference in flavor. Because it’s an oil, you might want to cut back on the amount of oil you use elsewhere.

Can I use teriyaki sauce instead of soy sauce?

Teriyaki sauce is not great to replace soy sauce except if you’re making a recipe with ginger, sugar, or honey, in which case it might work. Teriyaki sauce is otherwise too sweet and thick to use in place of soy sauce without drastically altering the dish’s flavor.

There’s no need to worry if you’re avoiding the use of soy sauce due to dietary restrictions (or you ran out). However, other ingredients are quite similar and should achieve the effects you crave in your recipes.

Remember that these suggested options are not exact matches and that the finished product’s flavor may differ slightly. As such, it’s best to use them in small quantities and work your way upwards for the best results.