Flat iron steaks are highly tender, delicious, and well-marbled cuts of beef that are especially ideal for grilled treats. They are found in several grocery stores in different regions and are especially popular as cost-effective alternatives to more expensive steaks. Who would say no to tasty and cheap beef? Well, not many people.

Despite the beefy flavors that flat iron steaks afford recipes, however, it might so happen that you do not find it available in your location. However, due to this setback, you might be on the lookout for excellent substitutes for flat iron steaks in your recipes.

This article has described some such substitutes that can allow for delicious results in your recipes. Keep reading what makes these options great substitutes and ensure that they are transformed into great-tasting meals. 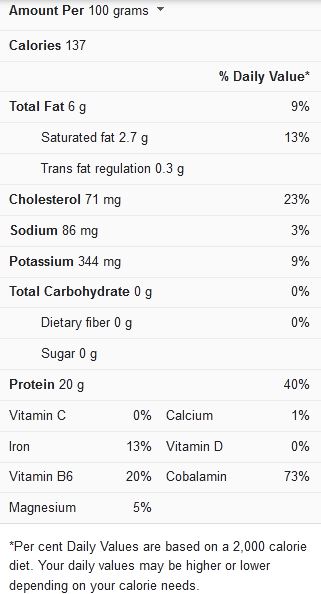 What is a Flat Iron Steak?

A flat iron steak is a steak cut sliced against the animal’s chuck or shoulder grain. It’s also known as a butler’s steak, a feather blade steak, or an oyster blade steak. Due to the existence of a gristly fascia membrane that must be removed, this results in a tasty cut that is a bit tough.

The flat iron steak has grown in popularity. It can now be found in grocery stores and on restaurant menus as a cost-effective alternative to more expensive steaks; it’s almost as tender as a tenderloin at a quarter of the price. In some regions, it is often offered a less expensive cut of the same animal, such as Kobe beef.

Flat iron steak has a rich flavor that is regarded as “beefy” due to the marbling process it undergoes. Although tasty enough to eat on its own, this cut benefits from marinating and often absorbs the flavors of the other foods it is served with.

The flat iron steak is a versatile cut that may be cooked simply with oil and salt on the grill or after marinating in a rich marinade. It’s preferable if it’s not overcooked because of its muscular structure; the recommended doneness is medium-rare, or around 135 F (60 C). This steak is ideal for grilling since the high heat and quick cooking time bring out the meat’s rich taste.

Some recipes in which flat iron steak is typically used include the following:

A few pieces of beef have a flavor and texture that is comparable to flat iron steak. However, if you’re out of luck and can’t find any flat iron steak to utilize in your meaty recipes, any of the following options can be used instead:

Both cuts, however, benefit from quick cooking at high heat. For example, your favorite flat iron steak marinade will work just as well on skirt steak. Skirt steak is similar to flat iron steak in terms of preparation, and it tends to cook well over high heat because it has little to no fat.

Skirt steak is also a cheap alternative, just like flat iron steak due to its chewiness. Finally, when using the same marinades, there won’t be much difference in flavor between the skirt and flat iron steaks.

Another wonderful and economical alternative to flat iron steak is the Bavette steak. It’s extremely delicate and responds well to high-heat grilling, and it’s also a cut of meat that absorbs marinades well due to its structure.

The grain structure of bavette steak is open; this indicates that its muscular fibers are relaxed, allowing marinades to permeate the meat more effectively. This cut is delicious when thinly sliced and stir-fried, seared in a skillet, or grilled. If you don’t care for a strong meaty flavor, you can change the taste of bavette steak and tone down the beefy flavor to suit your tastes.

Flat iron steak can also be substituted with sirloin. This cut is made from the hip and has a lot of chew. Although the flesh is lean, it still has a lot of taste.

Although you can utilize this as a last resort if you don’t have any other options, keep in mind that there are two sorts of sirloin: top and bottom sirloin. The former is better grilled because it is more tender, while the latter is better roasted. So if you’re going to make BBQ recipes with sirloin as a flat iron steak alternative, choose a top sirloin cut.

Because this cut is so dense, it may take longer to cook. So, for example, you may need to cook a 1.5″ steak for up to 15 minutes. To get a medium-rare steak, cook it for about seven minutes on each side.

Is flat iron steak the same as flank steak?

Flat iron steak is prepared from the neck and shoulders of a chuck roast. On the other hand, Flank steak comes from the animal’s lower back or hindquarters.

Flat iron steak is an excellent replacement for flank or skirt steak in any recipe. However, the flat iron steak necessitates a certain cooking method and temperature. You can get the finest flavor and texture from it if you cook it medium-rare. When it comes to temperature, flank steak is a little more flexible.

Which is better: flat iron or ribeye?

Is there a difference between a ribeye and a flat iron steak? As far as anyone can tell, the two have a similar flavor profile, but flat iron steak has more even marbling than ribeye, and flat iron is softer.

Flat iron steaks are great-tasting beef cuts that pack loads of delicious beefy flavors. Another reason people love them aside from their taste is because they are very cost-effective, especially when compared with other steak types.

However, if you cannot find any flat iron steak to use in your recipes, you can try one or more of our suggested options. Like flat iron steaks, these options work great for grilled recipes and produce great-tasting results.