Penne pasta is easy to make, but timing is key, as the case is with most simple cooking. Mostly, dried pasta cooks in approximately 10 minutes – if you cook them for longer, they turn mushy, and when you don’t cook them long enough, they remain chalky and tough. The perfect state for penne to be in is ‘al dente’ – where your pasta carries a delicious bite to it.

If cooking penne pasta has always been a tricky process for you, we’re here to change that. Follow our notes and suggestions and become a pro in cooking pasta. 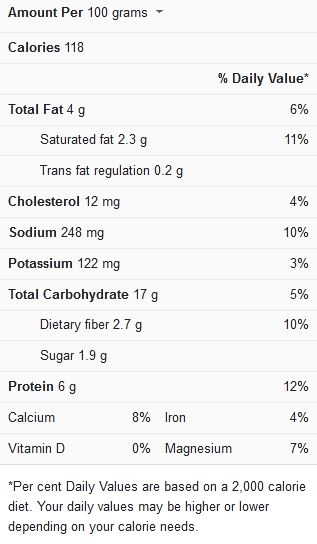 There are some really helpful tricks to have up your sleeves when cooking pasta. These tips will make the cooking process easier and deliver amazing results onto your plate.

Start the sauce – While the pasta is cooking, start the sauce in a skillet. (Taste the pasta to make sure it’s al dente, which means it’s cooked but still quite chewy.) Scoop the pasta out of the water and into the sauce when it’s almost done; it’ll finish cooking in the skillet.

Don’t waste water – Don’t throw away the starchy water from cooking the pasta.

Add some of this water into your sauce instead, and it will help thin the sauce down and make it so much creamier.

According to Italians, you don’t need so much sauce – It’s pasta with sauce, not sauce with pasta. The flavor of the pasta is masked and overwhelmed when you cook it with too much sauce.

Use a lid – To help the water boil faster, covering your pot with a lid is advised. Remove the lid as soon as the water reaches a boil, or adjust the temperature a bit to prevent steam from bubbling over.

Ensure that you add the pasta to the boiling water; never put the pasta in before the water boils. At this stage, you can cook the pasta without the lid.

Space is key – You’ll need a large pan to give your pasta plenty of room to cook, and this should also help prevent the clumping together.

Don’t rinse your pasta – Contrary to popular belief, you do not need to rinse your pasta after cooking it and draining it in a strainer. Rinsing the pasta cools it down and removes the starch that helps the sauce stick to it.

How to tell when your pasta is done –

It’s only by tasting it that you’ll know if it’s done! It should be firm to the bite or al dente. Some people believe that if your pasta sticks to the wall when you toss it at it, it’s done. However, the more pasta cooks, the gummier it becomes if it sticks to the wall, it’s almost certainly overdone.

How to keep the pasta from sticking together – Normally, when pasta is cooked properly, it should not stick together. Some people believe that olive oil will prevent the clumping together, but if you cook pasta in olive oil, it coats the noodles and prevents the sauce from sticking.

Instead of adding olive oil to keep the pasta from sticking, cook it uncovered at a high temperature and mix it frequently.

Time the entire process promptly – For the best results with pasta, a colander should be placed in the sink so that the pasta may be drained as soon as it is done cooking. It should then be poured into a wide, heated bowl as soon as it’s drained.

Afterward, stir the pasta with warm sauce kept on hand as soon as possible. To coat the pasta completely with the sauce, tossing must be quick but precise. The pasta should then be served hot on heated plates for immediate consumption.

The following timing guidelines should be adhered to when cooking penne pasta.

This recipe takes a total of 35 minutes, with a prep time of 20 minutes and a cook time of 15 minutes. This recipe can also be made for vegans and delivers a lot of deliciousness to the plate. If you’d like more ideas on cooking penne pasta, you should check out this video recipe.