Fettuccine noodles, like any other pasta, are a versatile element that goes well with almost any spice, taste, or protein. With so many options, it’s no surprise that many evening dinners begin with noodles.

The Italians, who are experts at creating, preparing, and eating pasta, revere the process. Cooking fettuccine pasta correctly puts you in the company of some of Italy’s best chefs and the Italian moms who taught them.

Learn this excellent guide on how to cook a delectable fettuccine noodle. 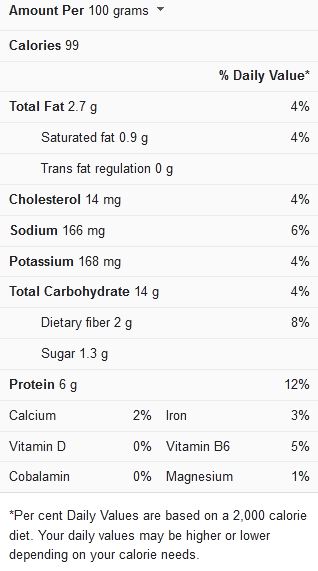 Bringing a pot of water to a boil, dropping in the fettuccine noodles, and stirring until they’re done seems simple enough. It is important to consider whether you’re boiling fresh or dry fettuccine. Also, the amount of water you use and how well done you prefer your pasta are crucial considerations.

So many factors go into what appears to be a straightforward task.

In reality, using pasta water instead of regular tap water in a pasta sauce is based on this logic. Since the liquid in which you cook your pasta is full of starch that the pasta has released, it’s an excellent liquid for thickening sauces.

You can allow the pasta to cool before placing it in a zippered plastic bag and storing it in the refrigerator. Warm the noodles in the sauce when you’re ready to serve it and eat.

How to Cook Fettuccine Noodles

Fettuccine noodles can be prepared in a variety of ways. Whether you use a little pot, a large pot, or a dutch oven, it all depends on what you’re cooking and how much you’re creating.

Many cooks prefer to boil pasta in a large, deep pot, and it ensures that long, thin noodles, such as spaghetti, can fully immerse straight away. However, keep in mind that the more water you have, the more salt you’ll require.

Keep your salt on hand. It should be added to the boiling water right before it boils because salted water takes longer to come to a boil.

After that, get ready to toss in the noodles. The first and only time you can flavor the noodles is during the boiling phase. Without it, the flavor of your pasta meal is totally dependent on the items incorporated into it.

Moreover, you don’t need to be concerned about the sodium content. The flavor of the salt is absorbed by the noodles, not the sodium concentration. For every 16 cups of water, I recommend adding 1 tablespoon of salt as a starting point -this is for a single pound of fettuccine noodles.

Bring the water to a full boil.

While it may appear that adding the noodles to the pot before the water has reached a boil is innocuous, it can result in mushy noodles.

Stir the water as you initially put the noodles in

The water temperature will drop somewhat once you add the fettuccine noodles to your pot. If it came to a full boil earlier, it should rapidly return to that temperature before your noodles get mushy.

However, if you don’t stir the noodles, some of the surface starches will begin to release quickly, causing them to stick together and to the sides of the pot.

Taste the Noodles as soon as possible

Depending on fettuccine noodles, expect to cook your dry noodles for 8 to 10 minutes. Start monitoring it after four minutes, as the time will vary depending on the size of the noodle.

If you have fresh spaghetti noodles, you might just need to boil them for a minute or two, or even three minutes.

Stop cooking the noodles until they’re al dente if you’re going to put them in a casserole like a typical lasagna that will continue to cook in the oven. In addition, if you’re cooling cooked spaghetti for pasta salad, cook the noodle just past al dente to absorb more of the dressing.

You can watch this video recipe to see how to cook fettuccine noodles.