Regardless of the name, oxtails are derived from the tail region of the cattle. The title originally comes from the ancient practice of using the tail meat of oxen to make the recipe. But both types are beef cuts rich in muscle, fat, and gelatin. As such, the best way to release their flavor is by slow simmering for a long time. And one of the simplest ways to achieve it is on a stove.

Stovetop oxtails are tasty and soft, with a combination of intense flavors. The oxtails are first marinated before slow-cooked on the stove and sometimes served with gravy made from the pot sauce. Delicious, alluring, and versatile stovetop oxtails are an exciting addition to your knowledge cache. 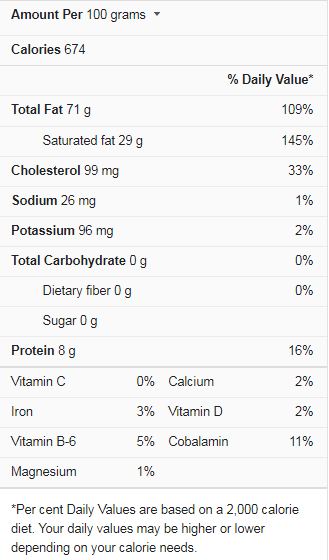 Before jumping to the recipe, take note of these helpful nuggets;

Oxtails cooked on the stove need as many spices and seasoning as possible. So don’t be shy about combining a myriad of flavors for the recipe. Herbs, peppers, aromatics, and even seasoning powder mixes can come into play.

If you want the flavors to infuse more in the meat, it’s best to marinate the oxtails overnight. A combination of vegetables, herbs, spices, seasoning, and vinegar is used for this purpose. Plus, the marinade also helps to soften the meat.

Stovetop oxtails develop a deep rich flavor when browned in oil and sugar first before simmering. But be mindful of how much oil to use. If you’re cooking more than three pounds of oxtails, use less than three tablespoons of oil.

Stovetop oxtail is a slow-cooked recipe, and as such, will need to simmer over medium-low heat for about 3 hours. But this process is critical if you want it moist, tender, and flavor-packed.

Cooking Oxtails on the Stove

Now that you have these tips in mind, it’s time to jump to the cooking process.

Make a marinade from spices, seasoning powders, vegetables, and herbs in a bowl. Then, add the oxtails and coat them generously with the marinade. Seal the bowl with plastic wrap and keep it in the fridge overnight.

Heat some oil in a saucepan and add sugar, then stir until it’s evenly mixed. Place and arrange the marinated oxtails in the oiled saucepan and let them brown on all sides for about 8 to 10 minutes, half the time for each side. Keep the marinade for simmering later.

Pour in some beef stock, and add the marinade along with pepper and salt. Stir and let it boil, then lower the heat to medium-low and cover the saucepan. Let the oxtails cook for about two to three hours, occasionally stirring, so they don’t stick to the pot bottom.

The oxtails should be tender, with the meat falling off the bone. Once they’re ready, remove the oxtails from the sauce with a slotted spoon.

You can serve the oxtails with vegetables, rice or bread. And you can also make gravy from the pan sauce by whisking in some diluted cornstarch.

This video recipe is another great way to learn more about stovetop oxtails.