Pork chops are great and we can’t get enough of them. But most people fall under the drawback of preparing dry pork chops. While it’s highly unlikely to cook thick pork chops dry, it’s much easier when dealing with thin ones, especially on the stove. But you can employ a few stovetop tricks and ideas to ensure that you end up with juicy thin pork chops every time. 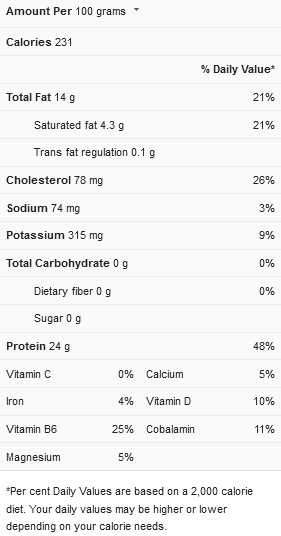 What Works as Thin Pork Chops?

Pork chops in general are derived from the pig’s loin, which is the region that runs from the hip to the shoulder. This area is also called the tenderloin and is renowned for its soft, tender meat. Pork chops cut from the tenderloin come in varying types, including the ones below;

Whichever you choose, if the thickness is around one inch or less, it’s considered a thin pork chop. And such thickness will cause more moisture loss as the proteins contract, which is why most people can’t get their pork chop right.

If you’re cooking thin pork chops, then you’d want to pick a bone-in variety. The bone slows down cooking, and its marrow adds extra moisture, helping the meat cook faster without drying out. Also, consider high-quality pork chops when picking, so you can get the best results. You should choose bright pinkish-red pork chops with enough marbling; the latter will add further moisture to the meat.

The trick to cooking great thin pork chops is never letting them dry out before it’s done. And that can be tricky especially when you use dry seasoning. So, opt for a marinade instead, so you can infuse more flavor and control the chance of dryness. A simple marinade of acid, oil, and seasoning will work fine. And your best choices for acid ingredients include white wine vinegar, lemon juice, apple cider vinegar, or lime juice.

Olive oil is also the most recommended oil option for thin pork chop marinades, due to its neutral flavor. But you can also consider other options including peanut, avocado, and sesame oil. And you can combine the oil and acid with any blend of spices and seasonings including black pepper, crushed garlic, minced onions, dried herbs, and spice mixes.

Once the marinade is added to the meat, you should let them sit for at least one hour. But note that the longer the pork chops sit, the more the flavors will permeate into the tissues. So, for a more robust taste, keep the chops in the fridge overnight.

Next, place a heavy skillet on the stove at medium-high heat and let it grow hot. Once it’s ready, add the pork chops and sear each side for four minutes totaling eight minutes of cooking time. You should let the pan grow hot so the cooking will be quickly initiated. And don’t press the pork chops as they cook but they leave them undisturbed until it’s time to flip them. The pork chops should be done when they’re richly browned and firm with most of their pinkness gone.

Pork is considered safe to eat when it cooks to an internal temperature of 145F, so check for this doneness with a meat thermometer. Probe it at the center of the pork chops and when the meat hits 140F, set them down. Then, let them rest for five minutes, during which the carryover heat will cook them to the balance of five degrees.

You can also check this video for more directions.