The best thing about cheese is there’s more than one for every situation. Whether you’re pairing it with red wine or melting it on biscuits, you’ll always find one that fits. Take Emmental cheese, for instance, which is considered the perfect option for the best fondue. And if you’ve grown to believe this idea, you’ll worry that it’s an irreplaceable ingredient in such delicacies.

This suggestion, of course, doesn’t indicate that Emmental isn’t a fantastic addition to recipes. The tasty cheese is renowned for imparting flavour and texture to tons of dishes. But specific reasons may cause you to do without it. And for such times, you’d be glad you knew about these substitutes below. 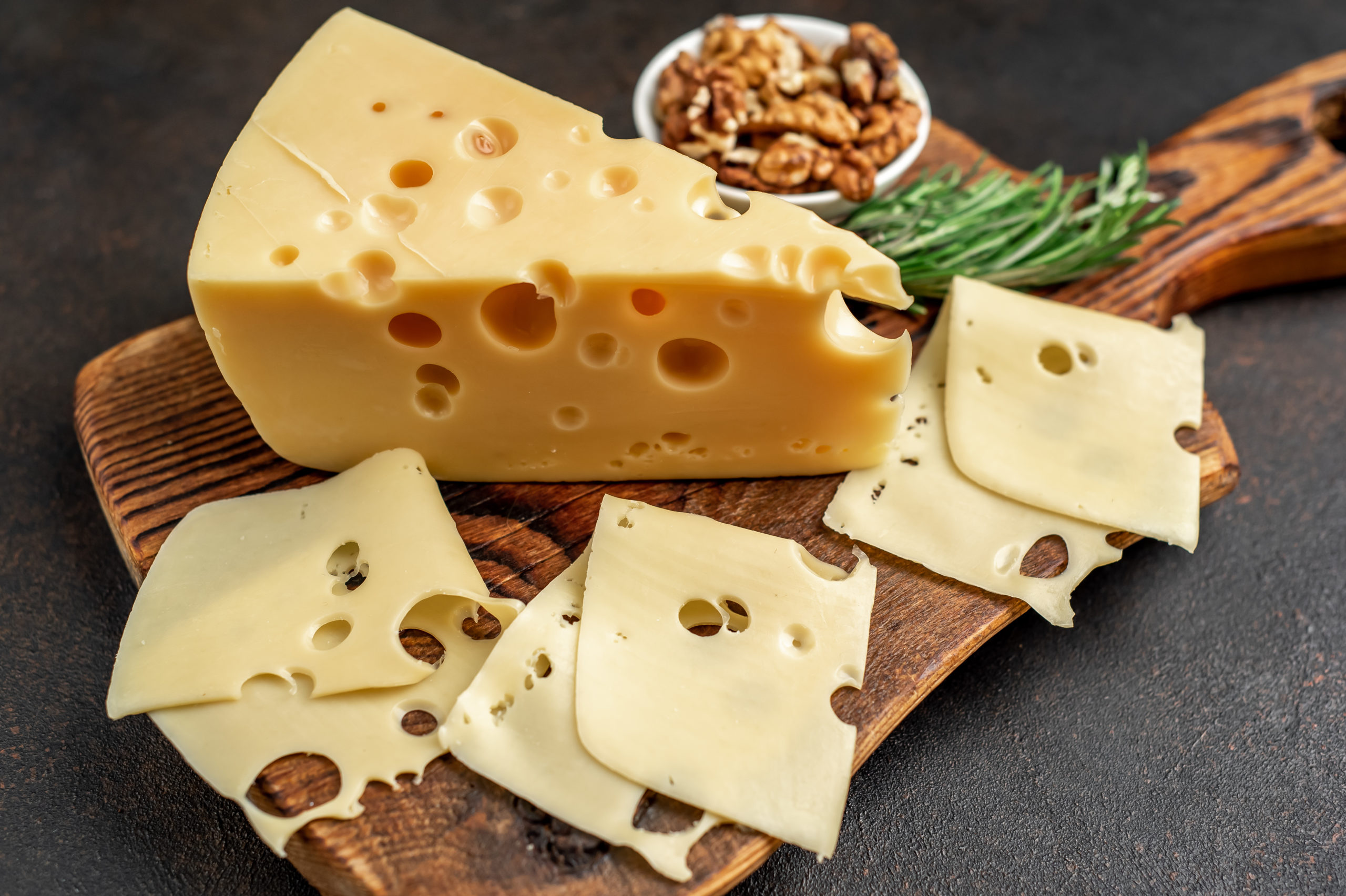 What is Emmental Cheese?

Emmental is one of the numerous cheeses that originates from the Swiss valley of the river Elbe. Its creation goes as far back as the 13th century, making it the oldest Swiss cheese. Emmental is also commonly called Emmentaler or Emmenthaler, depending on the region or language concerned. And the cheese is highly versatile and has become the template for tons of other cheese varieties in many parts of the world.

Emmental cheese is made with fresh milk from cows that have been fed exclusively on pasture grass. And this factor is said to contribute to the cheese’s unique flavour. The pasteurization process for making Emmental lasts up to two months, after which the cheese can be aged for up to 18 months. And though it’s native to the Swiss valleys, French and German varieties of Emmental have also been adopted today.

The pasteurization process of Emmental is free of additives, which gives it an exceptional taste. It’s also how the cheese gets the numerous holes in its surface- a common feature in Swiss cheese variants. Plus, the flavour can range from buttery and smooth to fruity and nutty. But Emmental is also renowned for its aromatic and sweet nature, as well as its acidity-free content. And these features are why the cheese is a common addition to tons of recipes worldwide.

The flavour profile isn’t the only thing that makes Emmental so popular. Though it’s a firm cheese with a dense volume, it also melts quite well, contributing its rich content to liquid recipes. The combination of all these advantages makeEmmental an excellent option for snacks, main courses, bakes, creamy dishes, and protein recipes. And it’s also why you’ll find the rich cheese in recipes including; 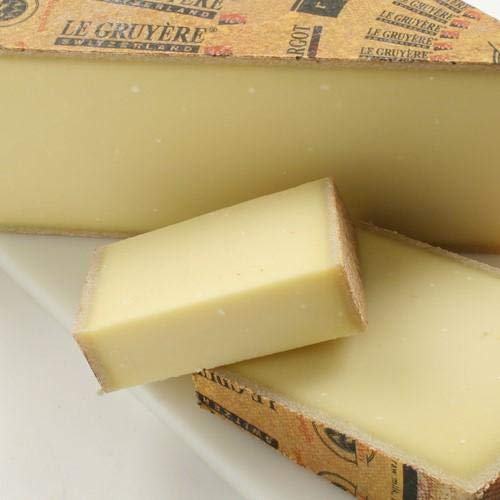 One way to replace Swiss cheese is with another one. And Gruyere is an excellent option for swapping with Emmental. Gruyere has a similar mild flavour with a nutty hint, and its texture is quite creamy. Plus, it also melts just as well, making it great for fondue and creamy sauces.

You can substitute Gruyere for Emmental in baked goods, sandwiches, and soups, as well as recipes with chicken, fish, or ham. It’s also a welcome alternative in pasta dishes and salads, though it goes best with beer or cider than wine. And though Gruyere is harder and saltier, it still pairs well in recipes that call for Emmental. 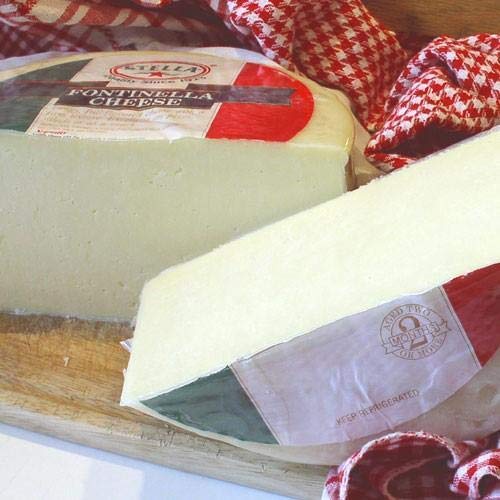 Fontina is another substitute that matches Emmental in flavour, texture, and creaminess. Its sweet and savoury flavour comes with hints that remind you of roasted nuts. And its cow’s milk source brings it closer to Emmental and gives it a semi-hard texture. Plus, it also has small holes and comes in Danish, Swedish, and Italian varieties.

You can use the Fontina in place of Emmental in sauces and soups, but it also goes well in chowders as well. Plus, Fontina’s high melting capacity offers a creaminess that’s great on pizzas and other topped dishes. 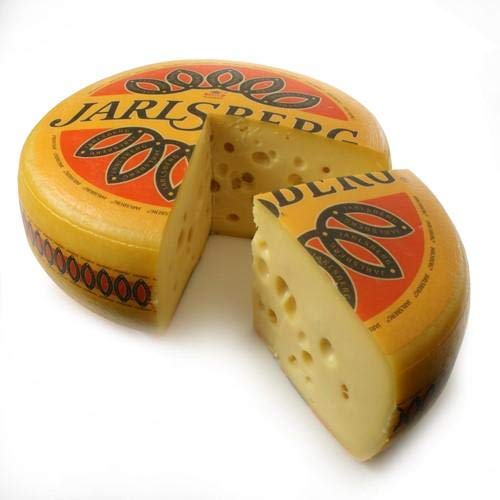 Contrary to widespread impression, Jarlsberg cheese isn’t Swiss but Norwegian. And a good reason for this confusion is the holes in its surfaces. But Jarlsberg still makes an excellent substitute for Emmenthal, as it shares a similar nutty and buttery flavour. Plus, it also melts well, with the advantage of being lower in fat.  Jarlsberg is perfect for pizzas, fondues, burgers, and hot dishes. And though its flavour is as mild as Emmental’s, it’s relatively sweeter but still works as an excellent replacement. 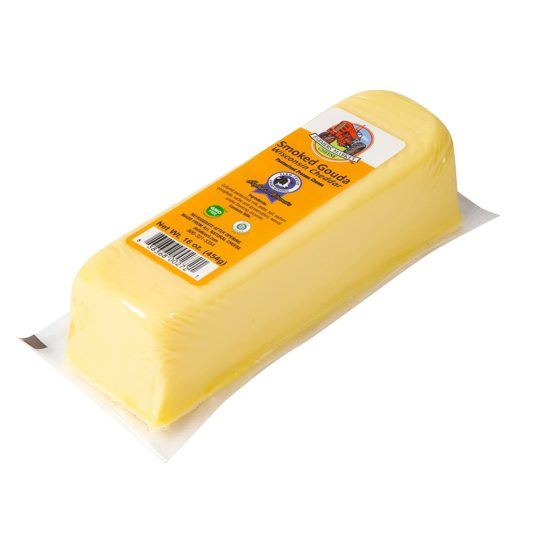 Gouda also works as an ideal substitute for Emmenthal, a famous cheese that debuted in the 12th century. The Dutch cheese shares a nutty flavour with Emmenthal and a creamy texture that’s awesome in soups, sandwiches, and salads. Goud is also fantastic in fondues though its flavour falls to the sweet side. Still, it’s a great cheese to pair with wine and other alcoholic drinks. 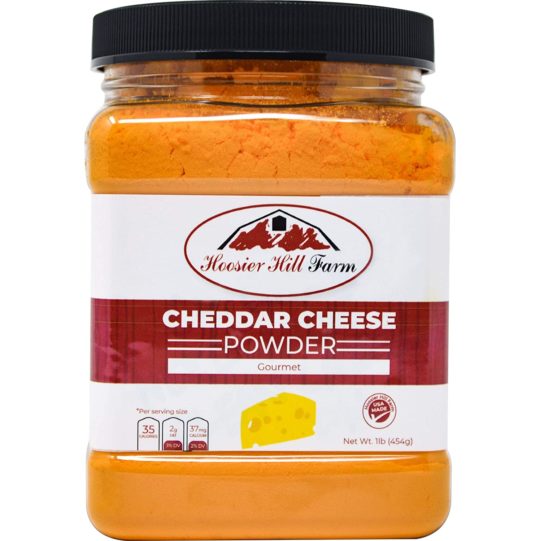 This British cheese has always held a warm place in our hearts, which is why you’ll be happy to know it too can replace Emmenthal. And even though Cheddar cheese has a sharper flavour, its buttery and creamy texture still works well to take Emmental’s place. It works well in salads and baked dishes as well and is perfect as a topping. But note that this cheese is firmer than Emmental and has a more robust flavour. So, only use a mild Cheddar as a substitute, and avoid orange Cheddar as its taste is entirely different.

Is Emmental cheese the same as Swiss cheese?

Both kinds of cheese are pretty different, as while Emmenthal is an original Swiss cheese, the commonly known type is made in America. Also, American Swiss cheese has a nutty flavour, compared to Emmental’s mild buttery taste. And though they both have holes, Emmental has a brighter yellow colour.

Both Emmental and Comte share similarities in texture and can melt quite quickly. And their taste profiles are closely similar, which is why they’re both interchangeable in lots of recipes.

What can I use to replace Emmental cheese?

Lots of cheeses make suitable substitutes for Emmenthal. Apart from the options listed above, you can also consider Raclette, French Comte, Edam, Provolone, or Gouda. Other options to replace Emmental cheese include Reggiano, Manchego, Parmigiano-Reggiano, Taleggio and Brie. But note that the latter groups work best when combined with the first, which are regarded closer substitutes.

Emmental is a fantastic cheese variety to have at your disposal. But in its absence, any of these alternatives listed will also work. In the end, your goal is to create a delicious experience. And with these substitutes, you can do so to perfection as expected from Emmenthal cheese.