Soybeans belong to the legume family, including kidney beans, peas, lentils, and peanuts. Soy is commonly linked with tofu, although it can also be found in various processed foods.

However, in a case where you want to finish off your recipe with that salty, umami-packed sauce, but you’re out of soy sauce at home, what do you do? Or maybe you are looking for soy and gluten-free alternatives. What are your options?

Read on as you learn more about soy sauce and the delectable recipes you can use it. In addition, I have enlisted – in detail – some excellent substitutes for soy sauce in the marinade. 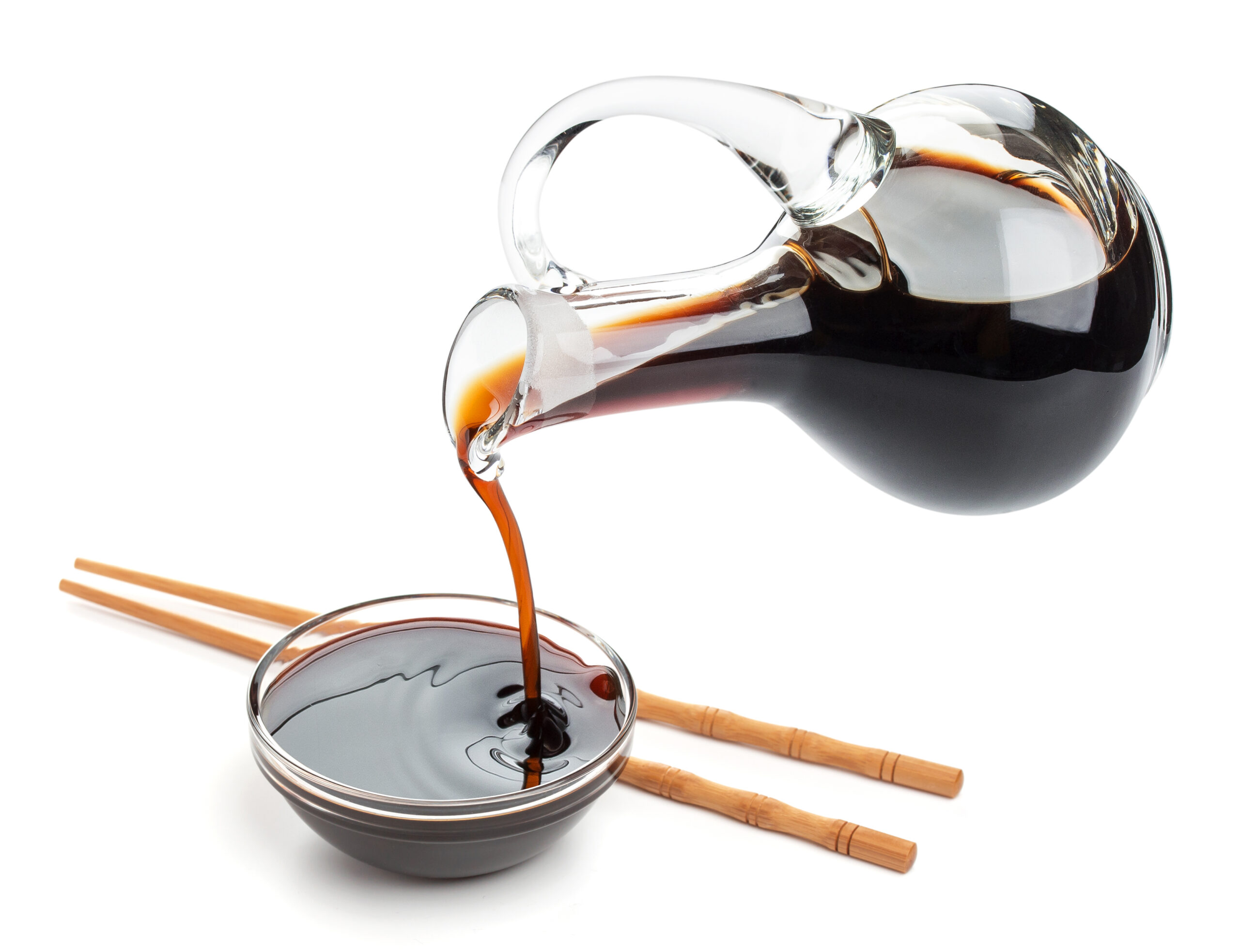 Soy sauce is a Chinese condiment produced from a fermented paste of soybeans, toasted grain, brine, and mold of the Aspergillus Oryza species. It is known to have a strong umami flavor.

Soy sauce was developed in its current form some 2,200 years ago during China’s Western Han dynasty, and it has since spread throughout the continent of Asia, where it is used in cooking and as a condiment.

It takes months to prepare traditional soy sauce. Soybeans are soaked and boiled first, followed by roasted and crushed wheat. The mixture is then inoculated with kji, mixed with brine, and brewed for many hours.

The liquid is separated from the sediments, pasteurized, and bottled before arriving at your table. Soy sauce can taste different, depending on the country and region of origin, and there are countless kinds and flavors.

Notably, soy sauce serves as a spice to add layers of umami taste. It may be used in any recipe that needs a savory boost, from simple fried eggs and steamed rice to sautéed veggies, soups, marinades, salad dressings, and sauces.

Soy sauce is a useful ingredient typically used as a dish condiment or added to foods as a flavor enhancer during the cooking process. The component is derived from fermented soybeans, and the fermentation process imparts a strong umami flavor.

Soy sauce can be used to offer an instant touch of umami to both savory and sweet dishes:

Substitutes for Soy Sauce in Marinade

Don’t be worried if you are avoiding soy sauce due to dietary restrictions – or you simply ran out of it.

The following soy sauce substitutes work well in the marinade, amongst other recipes. But remember that they are not exact matches and may alter the flavor of the recipe. For the finest results, I usually recommend starting slowly and tasting as you go. 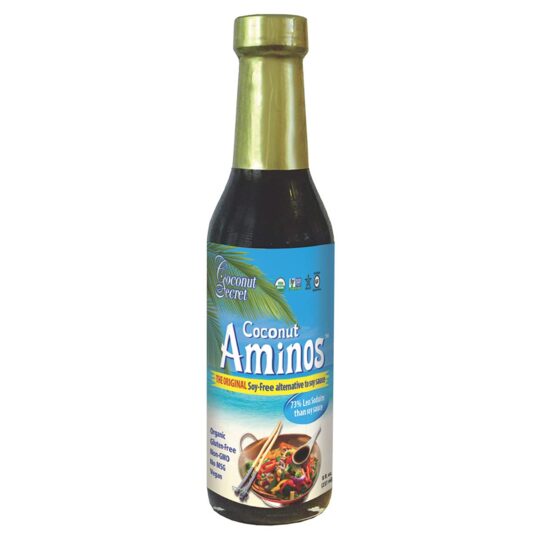 Since these aminos are generated from the sap of the coconut plant rather than soybeans, this ferment’s inherent sugars give it a salty, savory, and milder flavor.

Try to use them carefully, though – begin with a little amount and gradually increase as needed.

You might find that adding a pinch of coconut aminos and a pinch of salt to the mix achieves the finest balance.

If you are looking for an ingredient that’s both soy-free and gluten-free, this is the best option. 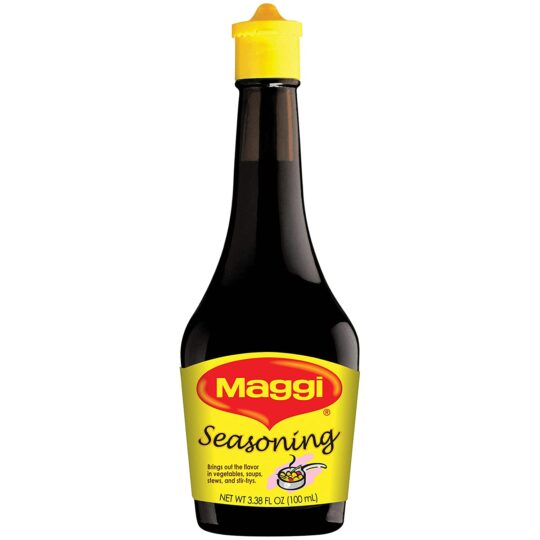 Maggi seasoning sauce is a popular European sauce that has been around for over a century. Maggi spice sauce enhances the flavor of almost any culinary meal.

Note that Maggi seasoning sauce, on the other hand, can sometimes contain soy and does contain wheat, which is another prominent cause of food allergies. If you are avoiding a certain product, be sure to check the list of components.

The manufacturer customizes the recipe by world location to suit its flavors to the local cuisine, so always check the provided list of ingredients if you’re avoiding a particular product.

If you have a soy or wheat allergy, you should avoid the sauce. However, if you are simply looking for a different flavor enhancer than soy sauce, you should consider Maggi seasoning sauce. 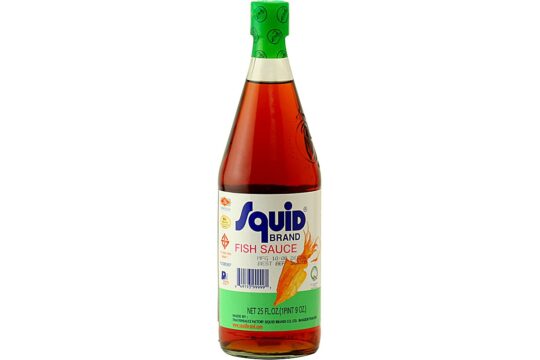 This sauce is made using wild fishes caught from the Gulf of Thailand’s Ph Quoc island.

The sauce is gluten-free and does not include soybean proteins. It will improve the flavor of your cuisine without the need for soy sauce.

Since it is prepared from salted fish or krill fermented for a few years, it has a powerful flavor.

You won’t want to use a 1:1 ratio when replacing soy sauce in a dish because of its intensity, but you can bank on it to impart a wonderfully rich umami flavor to anything you’re cooking.

However, because the Red Boat brand has 1,490 mg of sodium per serving, it is not a smart choice for individuals to watch their salt intake.

Is soy sauce better to use than salt?

Soy sauce offers various health benefits and its flavor distinctions from table salt. Soy sauce has roughly six times less sodium per 100 g than salt, and it also contains a variety of other nutrients.

Soy sauce, despite its name, is not always made entirely of soy. Instead, most soy sauces are produced using wheat, soybeans, salt, and water, implying gluten. On the other hand, some soy sauces are gluten-free, so you can eat them even if you are on a gluten diet. You have to make sure you read the label first, though.

Is soy sauce suitable for vegans?

They can since soy sauce is made entirely of plants. Soy sauce has no animal products, and it goes through vegan-friendly production procedures.

Soy sauce is salty, acidic, and delicious in all the right ways, and it is also adaptable, making it an important ingredient in most recipes. Notably, soy sauce adds umami to marinades, and it also produces a great stir-fry sauce.

However, If you have a soy or wheat allergy, perhaps you are checking your salt consumption and trying to stay away from it. You can consider the remarkable substitutes for soy sauce in the marinade mentioned in this article.