A common kitchen condiment often presented in Umami flavored recipes is soy sauce; it is popular in Asian cuisines and is an excellent addition to sushi, dumplings, rice, and noodles.

Soy sauce is so common that it can be found as a salty seasoning option on restaurant tables; this condiment has a rich blend of salty, tangy, and savory taste which would add just the right amount of flavor without overwhelming your meal. As good as it sounds and tastes, soy sauce is not the best ingredient when cooking for persons with soy or wheat allergies. So whether you have an allergy to this ingredient or you’ve run out of it, I would be sharing some substitutes you could use in its place. 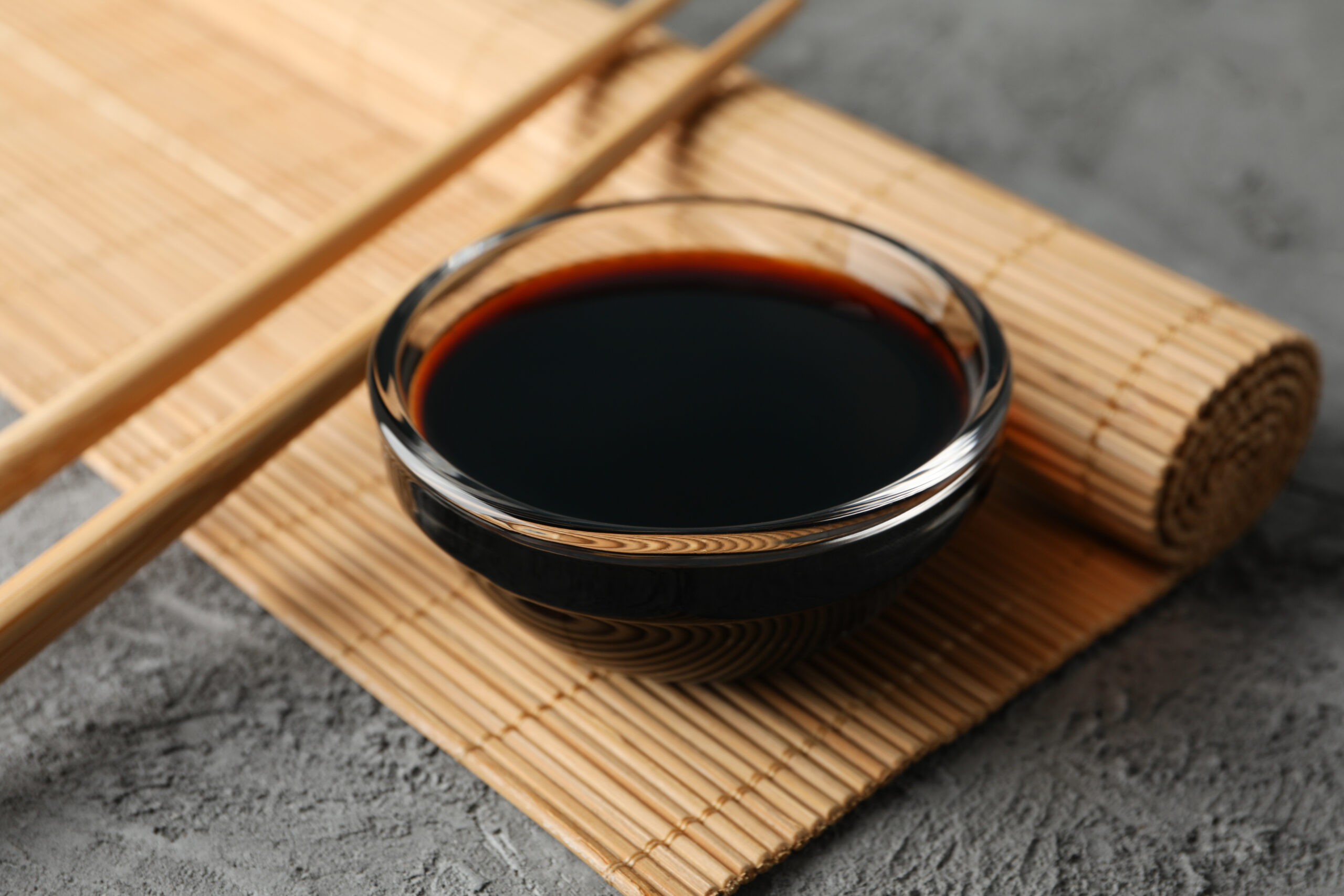 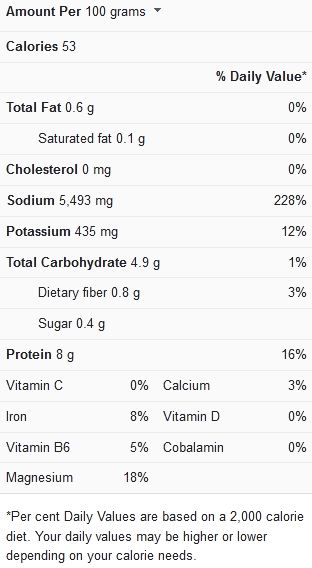 Soy sauce is a brownish liquid condiment that is rich in Umami flavor and made primarily from fermented soybean paste. It houses a balanced flavor of sweet and savory, which is only enhanced when paired with other ingredients.

Soy sauce has its roots in Asia, originating in China during the Han dynasty (206 BCE to 220 CE). It is made by simply boiling soybean, adding wheat or barley, leaving it to ferment before adding salt and water. At present times, soy sauce is available in different varieties made in different regions with different ingredients and methods, and some of them include light soy sauce, dark soy sauce, tamari, low sodium soy sauce, and white soy sauce.

Soy sauce in culinary is like a flavorful extension of regular salt; it can be added when cooking and can be served plain or mixed with ground wasabi to make a dip for a meal. It is also an awesome addition to marinades, stews, and soups, which would still retain its quality even in high cooking temperatures and give a nice brown color to your meal, especially the roasted ones.

Soy sauce is usually used by a cooking enthusiast who wishes to add a salty taste but also a depth of flavor to a meal; it is often incorporated in homemade sauces, soups, and comfort foods. From basic meals to complex ones, soy sauce is often the go-to option for most chefs.

The need for a substitute may arise for certain reasons like soy or wheat allergy, high sodium level, and unavailability. Whichever the reason may be, some reliable ingredients can be used in place of soy sauce, and some of them include; 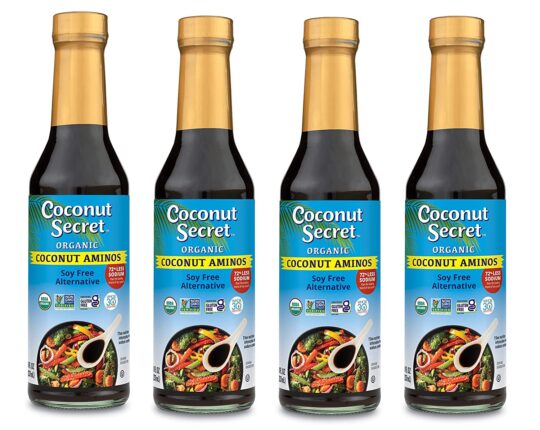 The coconut amino is an Umami-rich condiment produced by fermenting the sap of coconuts. It has richly sweet and savory flavors like the soy sauce and far less sodium content than the soy sauce, which would make an excellent addition in meals meant for people on a low sodium diet.

Coconut amino sauce is produced under different brands like the coconut secret, which is gluten-free, soy-free, and works well as an ideal vegetarian soy sauce.

The coconut amino sauce is rich in amino acids containing about 17 of them, which provides better nutrition compared to the soy sauce. A thing to note about using this alternative for soy sauce is that it gives off a sweeter taste in recipes. Coconut aminos sauce can be found in online and offline stores.

When substituting the coconut amino sauce for the soy sauce, a 1:1 ratio can be worked with. 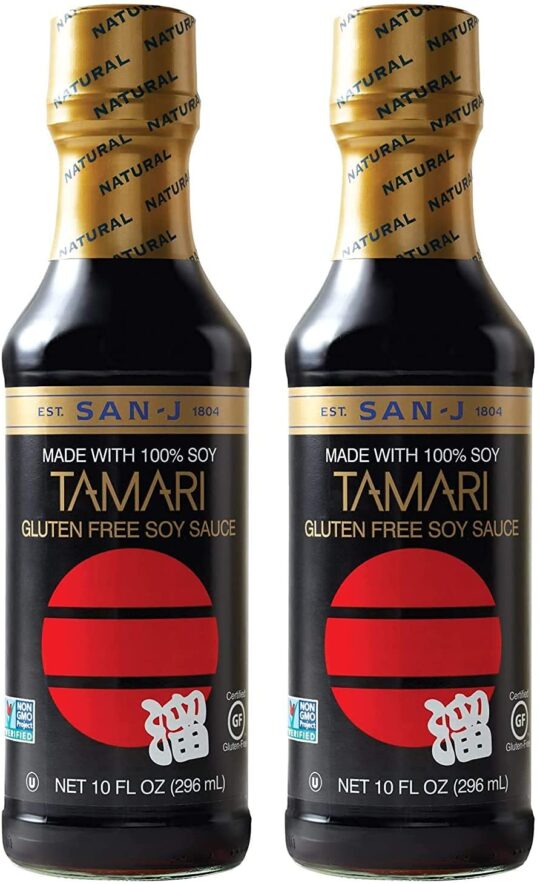 The tamari is a variation of soy sauce produced in Japan; it is one of the closest substitutes for soy sauce as it contains similar flavors to it. Tamari is gluten-free; however, some brands may add little wheat in the production process, so the labels should be properly checked before purchasing. A popular brand of tamari is the San-J. 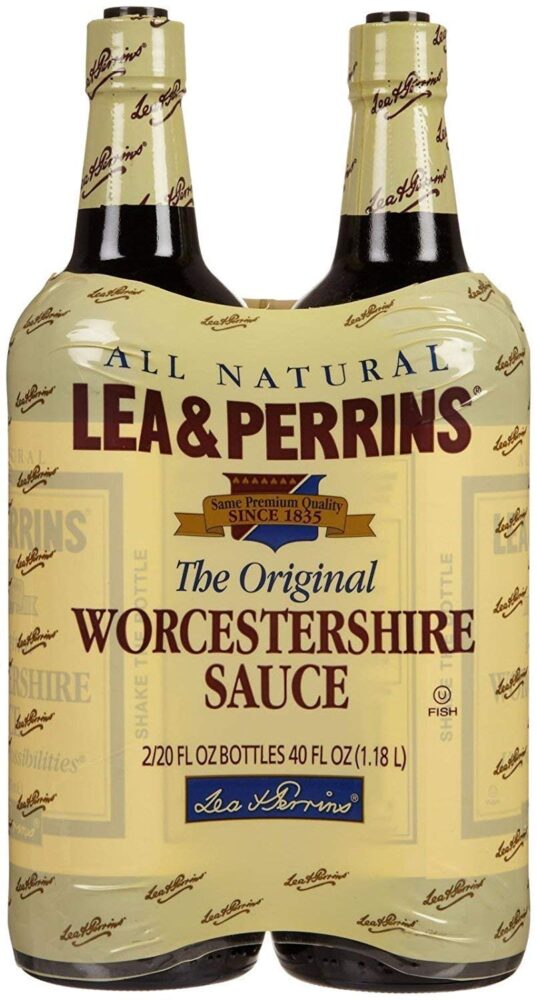 The Worcestershire sauce is a fermented Umami flavored sauce that has its origins in Britain. It is a condiment made with anchovies, malt vinegar, sugar, garlic, onions, salt, spices, molasses, and tamarind extract. It adds a depth of flavor to recipes with a mild salty taste.

Worcestershire sauce is gluten and soy-free condiment which also has a low sodium content, and it’s popularly available under the Lee and Perrins brand name. This sauce would make a suitable alternative for soy sauce, but those with any kind of shellfish or seafood allergies should refrain from this sauce. A 1:1 ratio can also be used when substituting.

Why Is Soy Sauce Consumed?

Soy sauce helps impart flavor and aid digestion, but consuming too much might be bad for your health.

How Can I Store Soy Sauce?

Soy sauce has a longer shelf life of up to 3 years, but once opened, the quality of the flavor would last for up to 4-6 months. Storing in a refrigerator may extend the shelf life of an opened soy sauce.

Is Soy Sauce A Better Alternative For Salt?

Yes, it is. Soy sauce has less sodium content and many other nutrients; it also has rich flavors that pair well with many ingredients.

Soy sauce is a common ingredient used to add sweet and savory flavors to recipes, especially Asian-inspired ones; they are versatile and are cooked in recipes or served plain as a dip or flavoring for already made dishes.

If you have allergies that wouldn’t permit your consumption of soy sauce, or you simply don’t have this condiment readily available, there are many alternatives out there that you could buy or make to substitute the soy sauce.