Teff may be one of the smallest grains globally, but it is fiber-packed and used in various foods. When it’s ground into flour, it’s a beautiful baking ingredient. When it’s not, it is a superb addition to porridge, pudding, beer, and it works well as a thickener in soups and sauces. What’s more, it is gluten-free, which makes it a top choice for people with celiac diseases and are advised to stay away from gluten products.Teff flour’s nutritional value is immense. It contains proteins, amino acids and is also very high in fiber – which prevents heart diseases, bowel diseases, type 2 diabetes, etc. It is rich in minerals such as calcium and iron, much more than most grains. However, teff flour contains phytic acids, obstructing and inhibiting mineral digestion. For example, suppose you are worried about the side effects of excess consumption and try out other alternatives. In that case, there are so many similar grains out there.

What is Teff Flour?

It isn’t a new grain, and it has been around for as long as memory can serve us. Teff flour is a small but richly nutritious cereal grain from Ethiopia. It is an ancient grain with a vibrant history. It has been around since 4000 and 1000 BCE, yes! That is centuries ago.

Wheat, for example, is often refined in the process of turning it into flour, and this process removes two layers called the bran and the germ. These parts are enriched with vitamins and minerals, so the grain is stripped of many nutrients, although it is easier to eat.

This doesn’t happen with teff flour. Teff grains are too small for the bran and germ to be removed, making them a highly nutritious grain in its whole and flour. Also, teff is naturally gluten-free – a feature that makes it extremely desirable in the medical sense. Since teff is packed with nutrients, this might be a safe and more nutritious option to add to your diet.

Whatever baked food you want to make, you can never go amiss with teff flour. It is as healthy as it gets, especially since it does not contain gluten, and the minerals are intact even after being processed from grains into flour. Here are some great recipes for teff flour.

People look to get replacements for teff flour from time to time and for different reasons. You might be out of it, and you might be advised to keep away from it if you have zinc and magnesium deficiency or you want to explore. Further, there are several alternatives for teff flour. 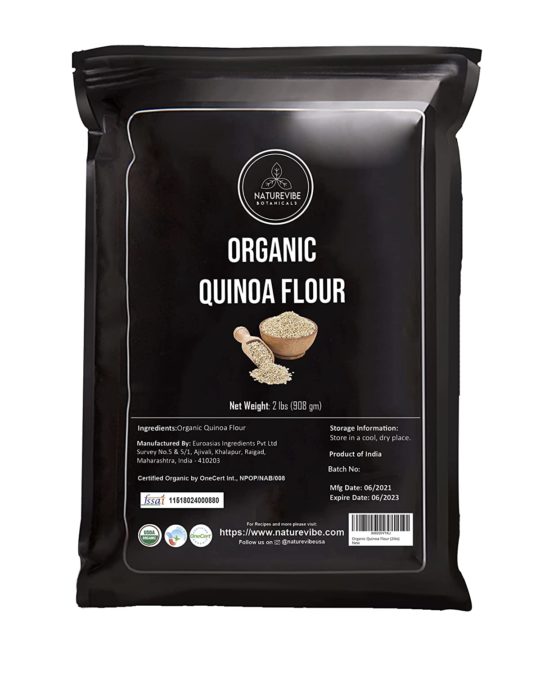 Even though they are slightly different in taste, this is one of the closest substitutes you’ll get. They are both gluten-free, and they have similar characteristics. Also, they originate from the same plants and similar seeds and work well with similar recipes.

Due to its gluten-free properties, It is commonly used in several gluten-free pastries such as bread and muffins, pizza, and pie crusts. You can also use quinoa flour as an ingredient to boost the taste of soups, sauces, and much more, and it can be used proportionally to teff flour. 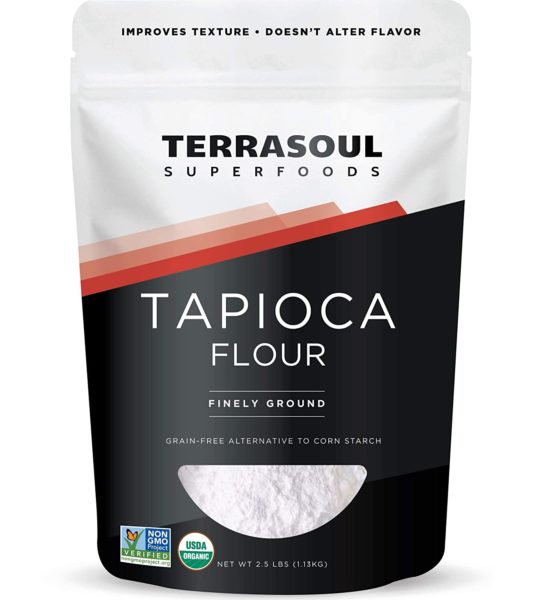 Another gluten-free flour on this list, there’s no shortage of them. Tapioca flour works particular well as a substitute in paleo diets, and it is obtained by processing the roots of the cassava plant. It provides a thick, chewy texture and presents a perfect option for people looking to watch their weight.

While it may not have that chocolate taste that teff flour has, it still makes a great substitute. Also, because of the thicker texture compared to teff flour, you’d best use it in reduced quantity, a bit lesser than the usual quantity you’d use with teff flour. 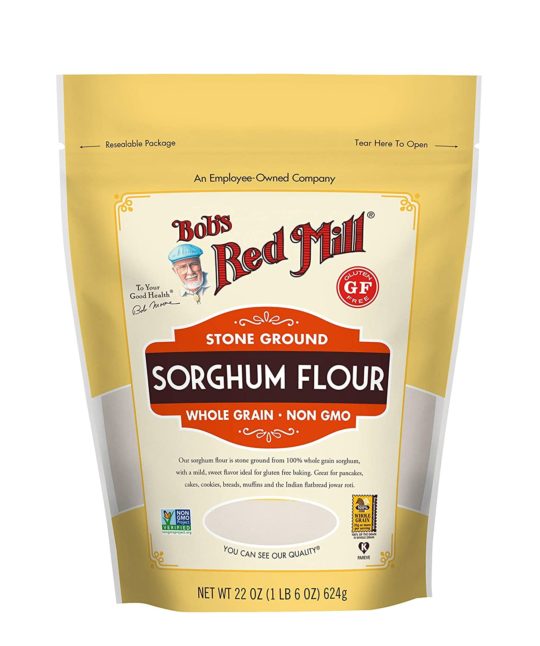 Like teff flour, this is one of the oldest cereals. Sorghum flour is obtained from the sorghum plant, and it works particularly well as a replacement in sweet recipes. And just like those mentioned above two, it is gluten-free and has a lot of nutritional benefits.

It has a sweeter flavor and produces a similar texture to teff flour, so if you’re making a sweet recipe and want a replacement for teff flour, this should be your top choice. However, if you’re using this substitute in baking cakes, you’d best add it with other flours because it is denser than teff flour. 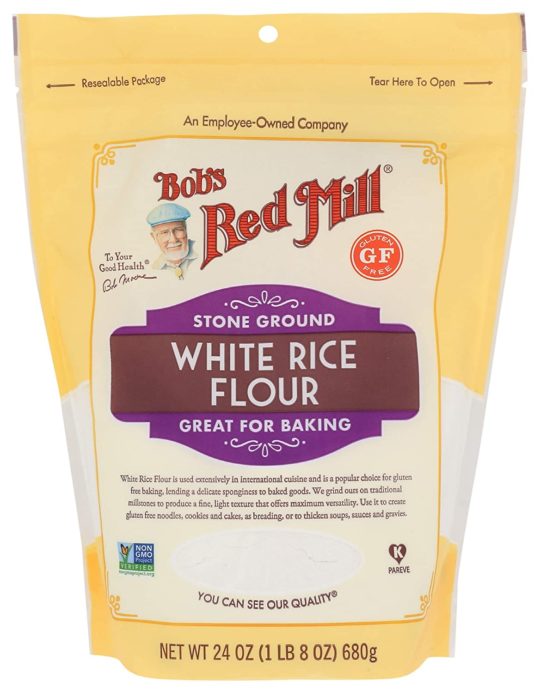 Thanks to a very common flour, mostly used as a replacement for white flour, it has what it takes to come in teff flour. Rice flour is made from finely milled flour. The great thing is that it can be mixed with any baking recipe: from cupcakes to pancakes to porridge, you’ve got yourself covered. It can also be used alone and in the same proportion since sorghum flour is not as dense. 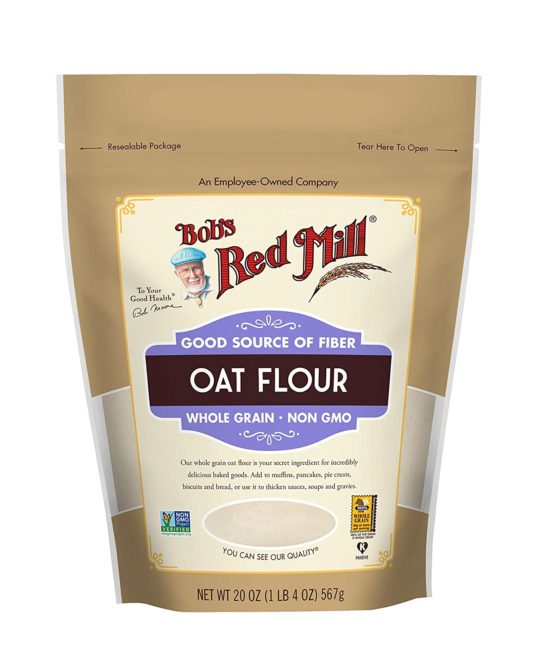 Along with quinoa flour, this is the closest substitute for teff flour. It is very versatile in baked goods. Whether it is cakes or bread or sweet desserts, oat flour shines well on them all and has similar nutritional benefits. Depending on your recipe, it can be used in the same ratio as teff flour.

Can I use regular flour instead of teff flour?

Yes, but in moderation. It is advised to substitute Teff Flour for about ¼ of the regular flour you’d normally use in your favorite baked goods recipe. Your finished product will come out just fine with regular flour, and teff flours just kick it up a notch.

Is teff flour the same as wheat flour?

No, there are two different flours. Teff is a lot easier on the digestive system than wheat flour. Also, teff flour has a distinct nutty flavor, and the same cannot be said of wheat flour.

It depends on the variety you’re going with, but the common brown teff flour has a subtle hazelnut, almost chocolate-like flavor, and a moist texture similar to millet.

Teff Flour is a distinctive and versatile flour with a nutty flavor that makes it shine well in cereals, pancakes, pastries, etc. It is gluten-free and highly nutritious. However, suppose you want something different due to non-availability, grain allergies, or other reasons. In that case, there is no lack of options for you to try out.