As its name suggests, gluten-free flours are the type of flours that are made from products that do not contain gluten. For example, gluten is a protein in wheat that makes a sticky and elastic dough when water is added. In that sense, gluten-free flours do not have elastic properties, and they produce much denser products. 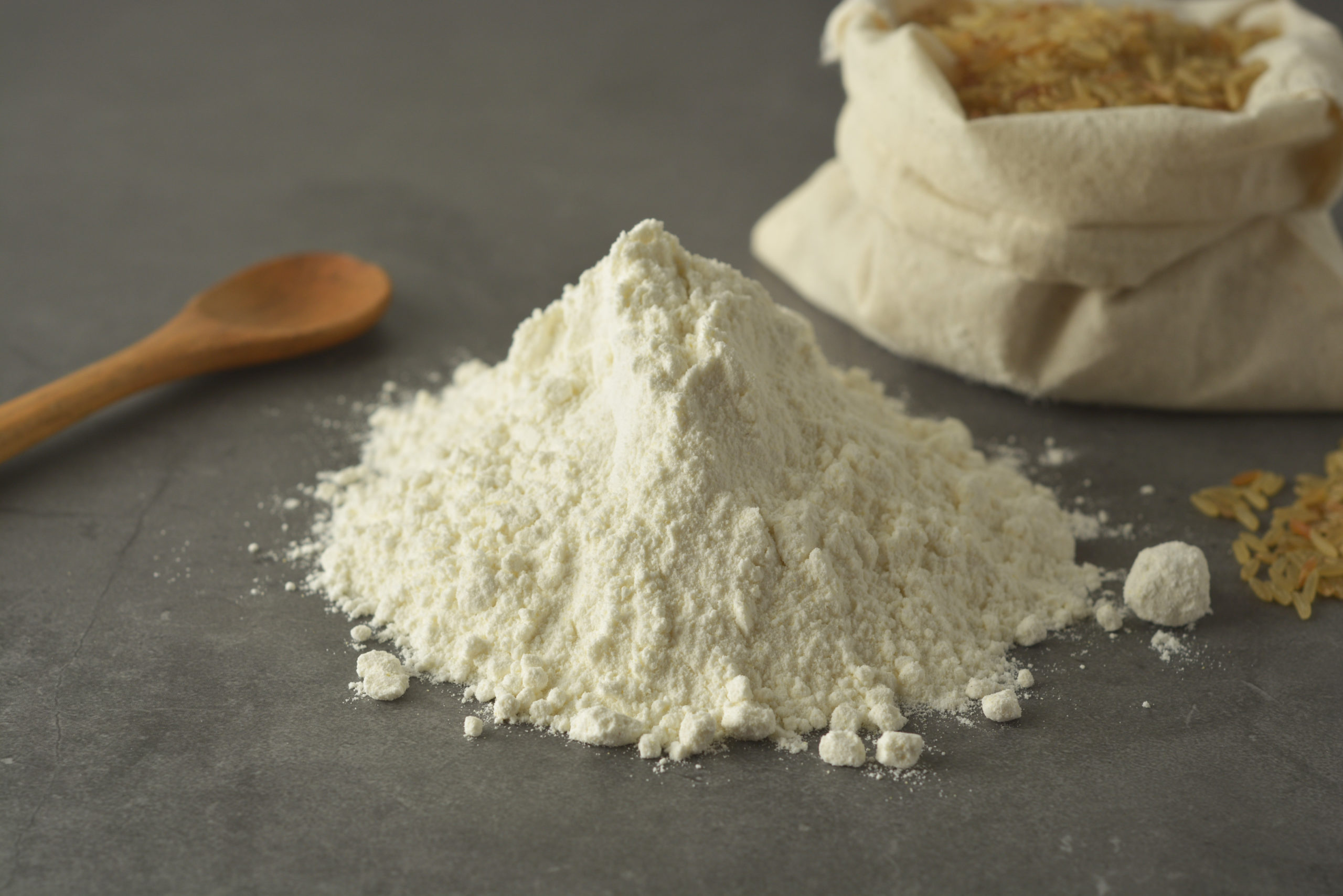 Gluten-free flours are made from different mixtures that vary depending on the brand. These mixtures may include sorghum flour, potato starch, garbanzo flour, tapioca flour, etc. Flour is a common ingredient in so many foods and cookies, also in soups and sauces as a thickener.

While gluten flours and wheat aren’t dangerous for many, people with celiac disease and non-celiac gluten sensitivity try as much as possible to avoid gluten-rich flours and focus on the opposite side. Fortunately, several varieties of non-gluten flours will be discussed here.

What is Gluten-Free Flour?

Gluten-free flour is a nutty flavored, richly proteinous, and fatty flour used for baking foods. Since gluten-free flours do not contain the elasticity property that is sometimes needed, it is usually used in conjunction or supplemented with different types of grain to produce an effective outcome as wheat flour would.

Also, Xanthan gum is a strong binder often added to gluten-free flour mixes to give the flour some elasticity and is easy to use. Gluten plays many roles in baking, such as making the dough sticky and elastic and preventing it from crumbling, making the dough rise, etc.

There is no limit to what gluten-free flours are used for, from baking pieces of bread and cakes to pizzas, cookies, pancakes, waffles, etc. Here is a list of some of its uses in different recipes: 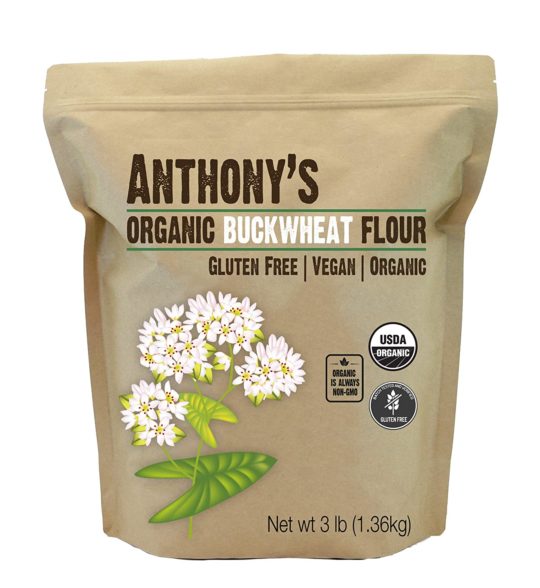 You’d be forgiven for thinking buckwheat flour contains wheat, but that is far from the truth. It does not contain wheat, and it is gluten-free. Buckwheat flour belongs to the pseudocereals family, a group of grains eaten like cereals but doesn’t belong to the grass family. It is rich in iron, folate, magnesium, zinc, manganese and fiber, and antioxidants.

Buckwheat flour provides a uniquely rich, earthy, and nutty flavor and is good for baking quick and yeast bread. Also, note that due to its lack of gluten, it will not be sticky, and to prevent it from crumbling, you’d best combine it with other gluten-free flour such as potato or tapioca flour. 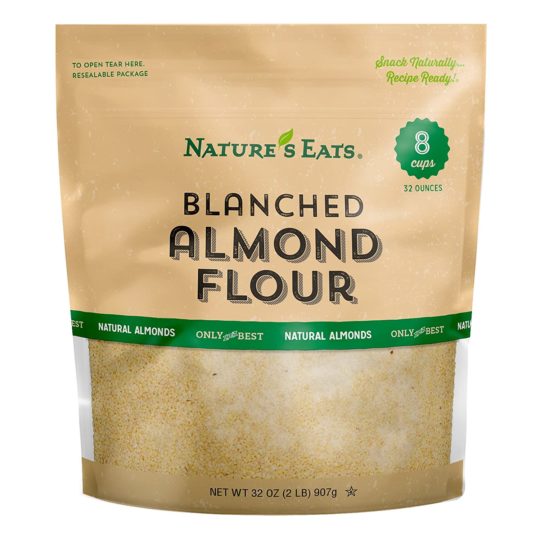 This is one of the most common gluten-free flours. It is made from almonds by removing its skin and having it grounded. It is nutty and useful in varieties of baking recipes. It contains iron, magnesium, calcium, potassium, copper, and manganese.

Almond flour doesn’t absorb much liquid, and much like buckwheat flour, no gluten means it wouldn’t hold together too well, so you have to reduce the amount of water and ass more flour slightly. 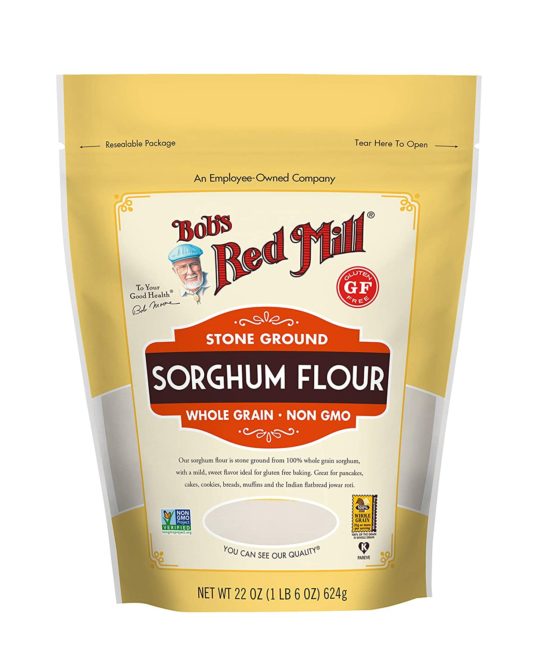 Sorghum has been around for a very long time, and it’s one of the oldest cereals there are. The cream grain is naturally gluten-free, and it is one of the most important cereal grains in the world. It has a very light color and texture and a mild, sweet flavor. Considered heavy or dense flour, it is often mixed with other gluten-free flours or used in recipes requiring small flour.

According to the Healthline nutrition company, sorghum flour is ‘high in fiber and protein, which can help slow sugar absorption. It also contains abundant mineral iron and antioxidants that help you fight inflammation. It is very nutritious, has a mild, slightly sweet flavor, and doesn’t have the graininess that many gluten-free substitutes have, making it one of the best substitutes. 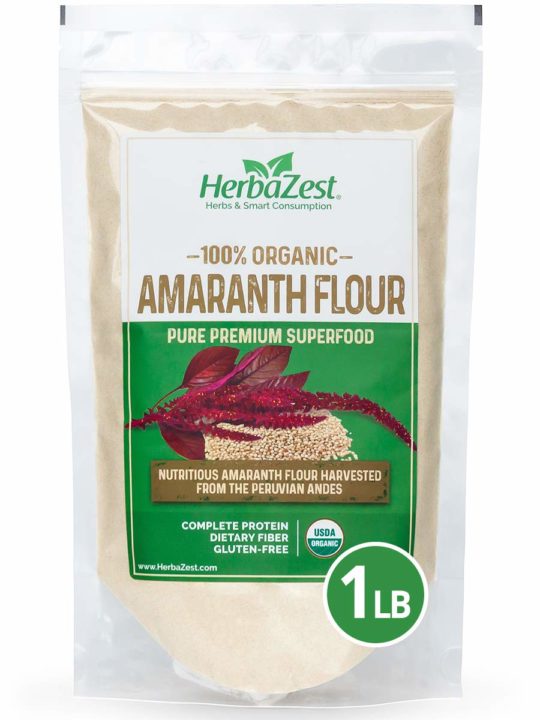 Amaranth flour is closely related to buckwheat flour, and it has a nutty, earthy flavor, perfect for making bread, pie crusts, and tortillas. It is also rich in nutrients that aid brain function and bone health, such as iron, phosphorus, magnesium, manganese, fiber, and protein. 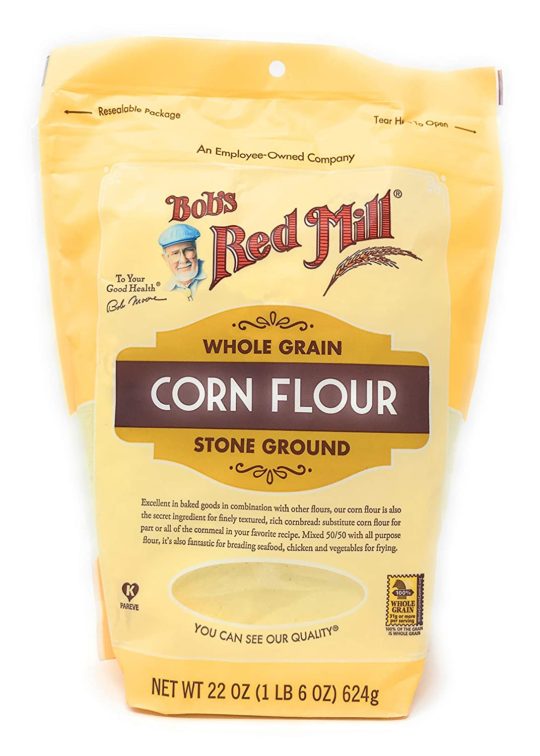 Corn flour is a finely ground cornmeal, commonly used as a thickener for liquids, making tortillas and bread. It comes in white and yellow varieties and can be combined with other gluten-free flours to make pizza crust. It is rich in fiber and antioxidants that improve eyes health.

What grains and flours are gluten-free?

Yes. Eggs are vital ingredients in baking, and eggs are entirely free of gluten, so you need not see that as a concern when you’re baking or using any gluten-free flour.

Can I use regular flour instead of gluten-free flour?

Yes. In the end, it depends on your preference. For example, suppose you’re not on any medication that has an adverse reaction with gluten, or you have no other reason to avoid gluten. In that case, regular flour works just fine as well.

A variety of healthy, gluten-free alternatives to regular flour or wheat flour exist for people with celiac disease, non-celiac gluten sensitivity, or those avoiding gluten for other reasons. Some are healthier and nutritious than others.

I guess the substitutes you pick depend solely on you, but we hope that this article has enlightened you enough to know the best choice for you. There is no shortage of alternatives should you need them.