Not many spices can boast of the range of benefits that Nutmeg possesses. Hence it is a popular ingredient in traditional cuisines native to different regions worldwide. With its warm and spectacular tones and warm tones, it’s no wonder many people love it in their baking recipes. It also has a range of health advantages you might not be aware of to the human body and the mind.

But situations where you run out of Nutmeg in your spice rack may not be inevitable. Also, you could crave a different taste in your baked recipes and thus want to explore new options in place of Nutmeg.

Our suggested options work fantastically in baked recipes as substitutes for Nutmeg. They may not possess all of their benefits but will indeed work well enough to impart the warm tone and taste that you love about Nutmeg. So, how exactly would you determine what is a good enough substitute, and in what proportions should you use them to replace Nutmeg?

Nutmeg is a spice prepared from the powdered seeds of the aromatic nutmeg tree Myristica fragrans. It is used to flavor baked products, confections, puddings, potatoes, meats, sausages, sauces, vegetables, and beverages like eggnog. It has a characteristic pungent scent with a warm, somewhat sweet, and nutty taste.

The seeds are progressively dried in the sun during their preparation, which takes about six to eight weeks. The nutmegs shrink from their hard seed coat during this time, and the kernels rattle in their shells when shaken. The nutmegs are pulled out when the shell is shattered with a wooden club. Dried nutmegs are typically grayish brown and oval with wrinkled surfaces.

Nutmeg is used in many sweet and savory recipes native to the traditional cuisines of many regions, including India, Indonesia, Europe, Dutch, among others. In addition, Nutmeg has been shown to help with pain relief, digestion, sleep, and brain health. It can also aid in the reduction of stress and harmful cholesterol levels. Its abilities also include liver protection, anti-depression, blood pressure control, and treatment of mouth problems. 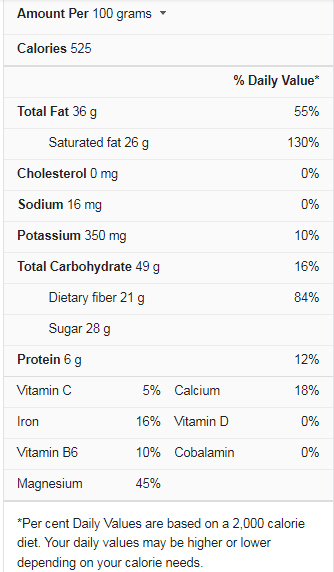 Uses of Nutmeg in Baking Recipes

As a result of its distinct flavor and taste, nutmeg spice is frequently used in cuisines worldwide. It comes in various forms, including essential oils, powder, and extracts, which are beneficial for achieving different kinds of results. It can also be considered a healthy spice with many antioxidants and other properties that promote good health.

Nutmeg is a valuable spice in various recipes, but especially in baking. Besides the advantage of its great taste, it blends in and pairs well with other flavors to give delicious results in baked foods. Some of the baked recipes that commonly make use of Nutmeg include:

Substitutes for Nutmeg in Baking

Nutmeg’s appeal and popularity as a cooking spice result from its numerous culinary applications. Its nutty, sweet flavor complements both savory and sweet foods and makes it an excellent addition to most meals. Nutmeg is a top member of the sweet spice quartet. Still, unlike the other members (cinnamon, allspice, and clove), it can stand on its own and is often enhanced by the absence of the other flavors. 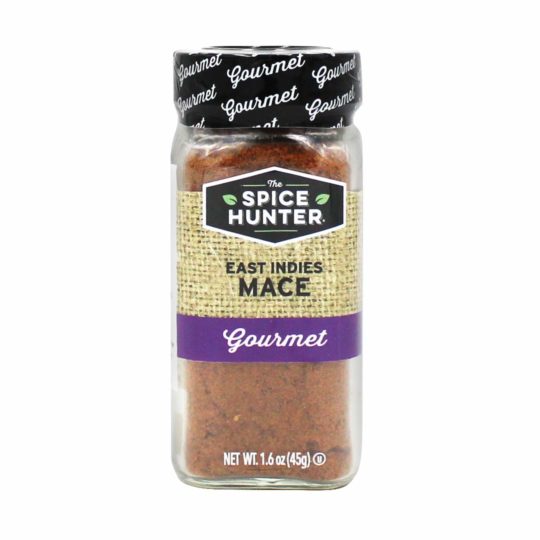 Suppose you’re seeking the perfect substitute for Nutmeg. In that case, mace can be considered an ideal alternative because both spices come from the Myristica fragrans tree and are thus related. Mace is an aromatic golden brown spice, and while Nutmeg comes from the plant’s seeds, mace is the seed’s outer coating, known as an aril. This makes the ground spice a natural nutmeg replacement.

Mace, like Nutmeg, is commonly used in rich baking recipes like doughnuts, cakes, and sweet potato or pumpkin pie. Its warm tones help bridge the savory and sweet aspects of these recipes.

Mace has a comparable warm, sweet flavor, quite similar to that of Nutmeg, and can often be used in the same baking recipes as Nutmeg to achieve similar results. It is best used in Nutmeg in a 1:1 ratio, equal amounts, for desired results. 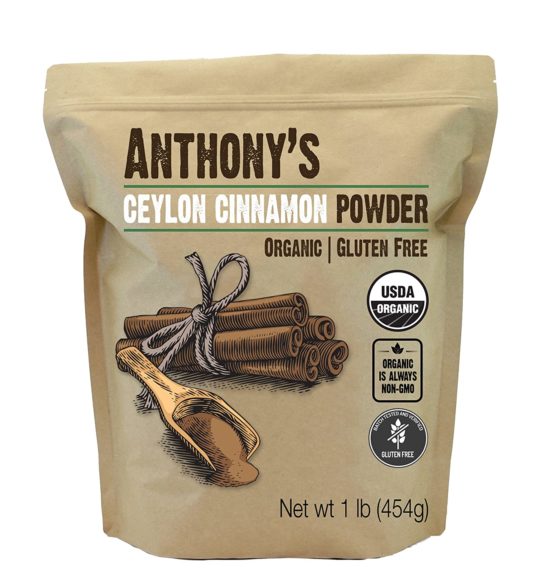 Cinnamon is a well-known spice that can be found in almost every kitchen. Derived from the inner bark of the Cinnamomum genus of trees, most cinnamon is available in powdered form, which is excellent for replacing Nutmeg in baking recipes.

Cinnamon is also inexpensive and readily available in practically all grocery stores. Besides its flavor, cinnamon is popular in commercial baking for a particular color it adds to baked goods.

While cinnamon and Nutmeg impart warmth into recipes, their aromas are distinct. Cinnamon has a more robust flavor. Therefore only a tiny bit is required. It may readily substitute Nutmeg in most baking recipes. Still, due to its strong flavor, it is advised that you start by using only half the suggested amount of Nutmeg. After that, taste to see if you want to add any more. 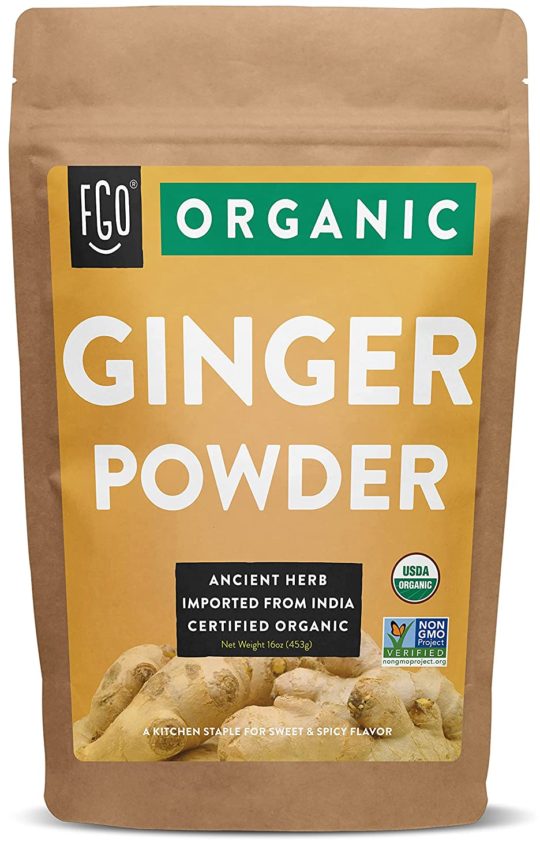 Ginger belongs to a family of flowering plants known as the Zingiberaceae family. Ginger root is more widely utilized in cooking and is often referred to as ginger. Its flavor is spicier and less sweet than Nutmeg, and it’s thus more commonly employed in savory foods.

In recipes that call for Nutmeg, use the same amount of ginger. For example, suppose a recipe calls for ginger and Nutmeg, such as gingerbread cookies. In that case, you could easily replace the Nutmeg with extra ground ginger.

Garam masala is a common spice mix in Indian and South Asian cuisines. The combination commonly contains Nutmeg, mace, cloves, cinnamon, cardamom, and black pepper. However, the contents vary depending on the geographical region. For example, cumin, turmeric, saffron, fenugreek, star anise, and other regional spices are possible additions.

Garam masala is an ideal substitute for Nutmeg because most of its spices are comparable to Nutmeg. It is typically used in savory dishes, but it has a lot of warm baking spice notes. It can be utilized in a variety of sweet-baked delights.

Because of the combination of many flavors in garam masala, ensure to use only a small amount at a time. A 1:1 substitution ratio is considered ideal when intended to replace Nutmeg in baking recipes.

What does Nutmeg do in baking?

The flavor of baked items is substantially enhanced when ground nutmeg is included.

Is Nutmeg the same as cloves?

Cloves are dried buds picked from blossoms of the Myrtaceae, generally known as the clove tree. On the other hand, Nutmeg is the dried seed from the fruit of the nutmeg tree, Myristica fragrans.

Is Nutmeg in the nut family?

No, Nutmeg is not linked to peanuts or tree nuts, although it contains the word “nut.” It is a dried seed that is processed into a spice.

Nutmeg is a versatile spice used in sweet and savory dishes and is prized for its nutty flavor and warm tones. Aside from its flavor, it boasts many health benefits that make it a fantastic spice.

There are, however, various great substitution options if you don’t have any nutmeg in your spice rack or if you want to spice things up. Because some of these replacements act in different ways than Nutmeg, it’s advisable to start with little amounts to avoid them dominating the full flavor of your baked goods.