The common question is, what does sage taste like? It is a leafy herb with a distinct earthy flavor; with hints of mint, eucalyptus, and lemon, sage has a strong herbal flavor that is earthy and slightly peppery. It is also high in nutrients, and it has been shown to provide up to 10% of your daily vitamin K requirement. It is a popular herb used for culinary purposes, and it is often substituted for other herb flavors and blends. Its leaves can be deep-fried to add a peppery note to dishes. 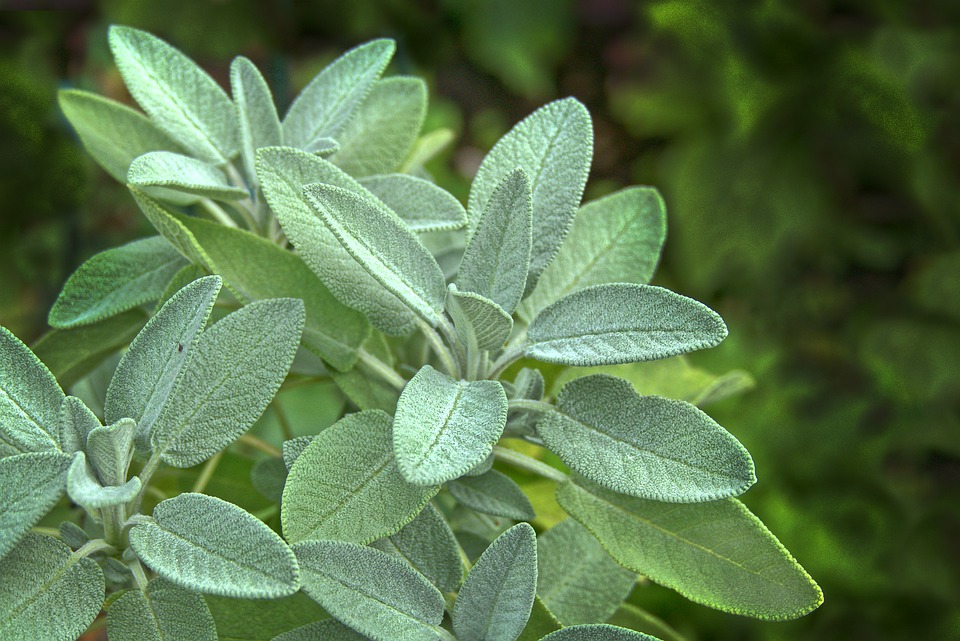 The flavor of sage varies. The most common preparations feature their dried or fresh form. Both of these products can add a unique aroma and flavor to dishes. In addition, sage is commonly used in Thanksgiving turkey recipes and other holiday dishes. However, the most popular use for sage is in salad dressings. Typically, sage is used in fresh form. The leaves can be sliced thin and sprinkled over salads, depending on the recipe.

Sage is a type of evergreen shrub that belongs to the mint family. The leaves are oval and dusty gray-green, with woody stems. Sage leaves have a slightly fuzzy or fluffy appearance and cottony texture due to their delicate, velveteen hair-like projections, making them unpleasant to eat raw. There are many different types of sage, but the one used in cooking is called common sage, garden sage, kitchen sage, or Salvia officinalis.

Sage has a strong herbal flavor. It goes well with meat, including pork, duck, and beef. It also pairs well with a variety of savory dishes. Its distinctive herbal flavor pairs well with many foods. Regardless of your preferred cooking style, sage is a versatile culinary herb. It is an essential ingredient in poultry, roasted vegetables, and salad dressings. A pinch of sage will enhance meats and other foods’ flavor and savory flavor.

If you had to sum up the flavor of sage in one word, you might say it’s savory. The flavor has a faint pine flavor, but it’s nothing like juniper if that’s what you’re looking for.

Sage is a herb you’ll hear a lot about as the holiday menus start to appear. Turkey stuffings and roasted vegetables are usually combined with rosemary, marjoram, and thyme.

Sage has a savory flavor. It has a faint piney flavor, but it isn’t as strong as juniper. It’s a lot softer and has a lot of citrus notes in it. It’s also a little bit bitter but not harsh.

Sage could be described as laid-back, and it can easily be the star of a recipe or can quickly be overshadowed by other spices and herbs.

What Does Sage Consist of?

Camphor, carnosic acid, carnosol, and phenolic acids are some of the components of sage that are thought to have therapeutic properties.

The oily substance that gives sage its pungent aroma is camphor. Camphor, widely used in topical creams and ointments, stimulates nerve endings and produces a warm or cool sensation depending on how vigorously or gently applied.

Carnosic acid and carnosol are both anti-inflammatory and antioxidant. They directly activate a molecule called peroxisome proliferator-activated receptor gamma (PPAR-gamma), which aids in the regulation of blood sugar, lipids, and inflammation, among other things.

What is the Difference Between Fresh and Dried Sage?

It is a staple in many European and American cuisines. It can be found fresh or dried, and both forms have their pros and cons. A fresh sage leaf will have more flavor, while a dried one will be more versatile. Savory dishes are often prepared with a sage-based dressing.

Sage is a flavorful herb that retains its flavor after drying. It will not, however, have the same brightness as fresh sage. The herb’s flavor is concentrated when it is dried, and it can have a slightly bitter taste. As a result, dried herbs are used as fresh herbs when cooking.

Dried sage comes in two forms: rubbed and powdered. Rubbing the leaves until they form coarse flakes is how rubbed sage is made. Powdered sage has a fine texture that does not hold flavor well, so it should be used as soon as possible.

The versions can all be substituted for one another, but the measurements will need to be adjusted due to the differences in potency. According to the formula, seven fresh sage leaves equal 2 teaspoons rubbed sage or 1 teaspoon powdered sage.

Is Sage Beneficial in Lowering of Cholesterol?

Sage’s activation of the PPAR gamma molecule (which promotes metabolism and reduces inflammation) may be most noticeable in its cholesterol-lowering effects. According to a study published in the Phytotherapeutic Research, this effect is more than marginal. According to the study, after three months, people who were given 400 milligrams to 1500 milligrams of sage daily (in powder, tea, or supplement form) saw an overall improvement in their blood lipids. (Lipids, like cholesterol, are fats in the bloodstream.) The following are some of the findings:

How to Incorporate Sage in Cooking?

Sage is a spice found throughout the Mediterranean region. It has a pine-like flavor. It is usually available in fresh leaves, but you can also purchase it dried and grind it into a powder. While fresh sage is more flavorful, it can also overpower a dish. Adding sugar will help quell the bitterness of the sage, and just make sure to add a little at a time.

The bitter taste of sage tea is not easily tamed by milk, and this tea is herbal and astringent and is not suitable for adding milk. For this reason, sage should only be consumed in small doses and not incorporated into the recipe. But if you really want to try it, you can buy a fresh sage plant and enjoy the flavor it gives.

While sage is a common herb, many people don’t know its taste. But they’ve probably tasted it in turkey stuffing or turkey and have a great memory of it. Its strong pine-like flavor can make the dish very bitter. But you can add a small amount of sugar to temper the bitterness. Its flavor is also very versatile and can be incorporated into many dishes.

Its pungent, musky flavor is typical in British and Italian dishes. Its long, grey-green leaves have a slight furry surface and a pungent, musky aroma. Its flavor is an excellent complement to chicken, pork, and fish. If you’re looking for a different flavor, sage is a great option. Whether you’re looking for a flavorful seasoning or just something to spice up your food, sage will add a new element to your dish. 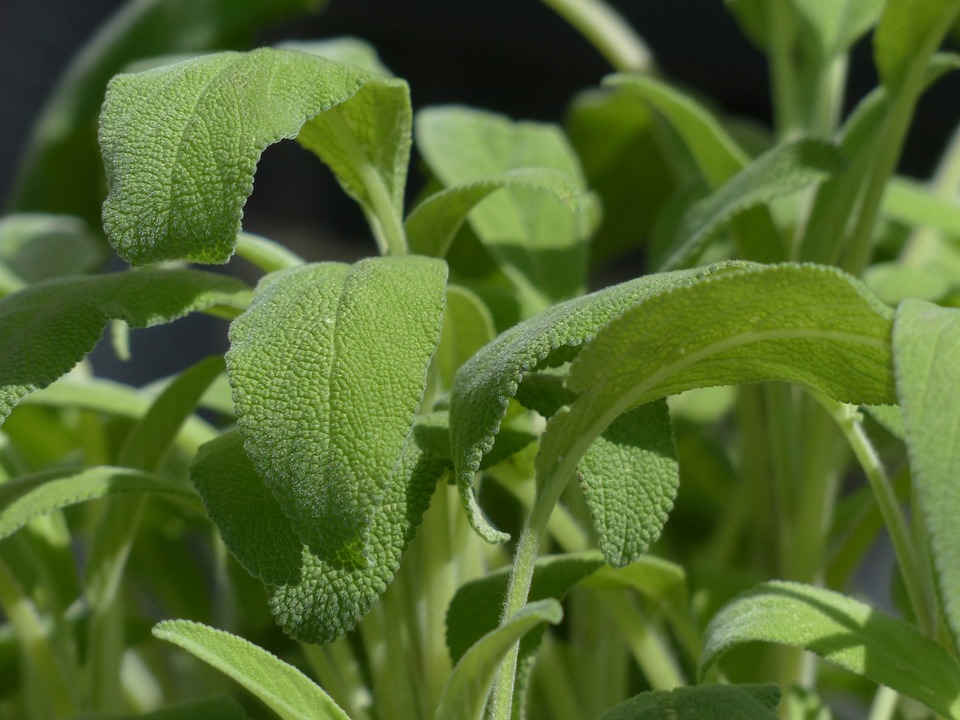 Are there any Side Effects of Sage?

Its flavor is distinctive and pleasantly sweet. Its flavor can vary according to how you use it. It pairs well with meat, fish, and poultry. It can also be used as a cleaning agent. Traditionally, sage is used for its medicinal properties. Its distinctive taste is often bitter. Fortunately, it’s easily combined with sugar and lemon. This is a great way to add sage to a dish.

Its flavor is distinctive. It is a member of the mint family and is native to the Mediterranean region. It is available in many forms, including dried and fresh leaves. The common name for sage is culinary sage, and the herb is also known as common sage, kitchen sage, and garden sage. It is also widely used in ceremonies and is known by several names. White sage can be described as a woody, citrus flavor; it is not spicy.