Ham is common meat, appetizer, and dessert that you’ve most certainly had on hamburgers or as part of a vacation feast. The legs of pigs are used to make this pork product. Red meat is commonly preserved with salt or smoke. However, the method varies by type.

Butt ham, on the other hand, is a ham made from the upper section of the leg. The butt end of the whole ham is beefier, but it has more fat and is more difficult to cut due to the hip and pelvic bone.

Because there are so many people interested in ham meat worldwide, it’s no wonder that for something as meaty as butt ham, people rush to the market to get it for their menu needs. If you’re unsure how to prepare this, keep reading because you’ll find out. 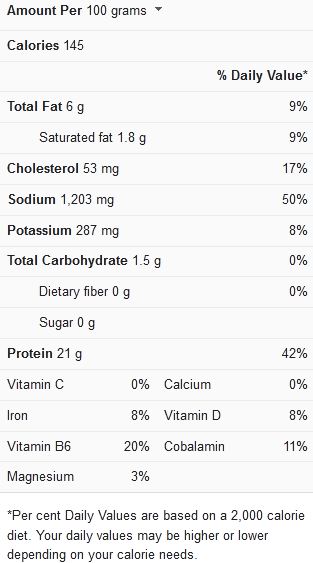 Why a Butt Ham?

The butt ham also comes with some other potent benefits asides from the already stated ones. These benefits include the following.

It’s Flavorful- The butt (rump) portion of ham is a great alternative if you seek a tasty cut. The tender cut originates from the top region of the pig’s leg, near the loin, and is also known as the ham butt end or ham sirloin end. Raw “primed and ready” versions must be cooked before consumption.

It’s Pokier- Because the butt ham has a sophisticated bone structure that incorporates the hip’s ball and socket and the aitchbone. The flesh from a butt-end ham is softer and has a porkier flavor thanks to those bones.

No cooking complications- Butt ham recipes are simple to make with precooked and pre-cut butt ham. There won’t be the need for you to worry about elaborate flavors or time-consuming cooking methods. If done correctly, butt ham absorbs flavor from any spice combination used and retains enough moisture to provide a delicious taste.

Meat Thermometer cab used- Butt hams, like other pork meat, must be cooked to an internal temperature of 140 degrees Fahrenheit. Before serving, you’ll need a meat thermometer to confirm this. It’s ideal for inserting the probe into the meat before putting it on the grill. That way, you’ll be able to keep track of the inside temperature.

A normal meat thermometer is inserted before putting the ham in the oven or exposing it to the heat source. It stays put during the cooking process. After the ham has been cooked, an instant-read thermometer is used to check for the right temperature.

Make the Glaze as you go along- Drain the excess ham liquid, skim off as many fatty elements as you want, and add one and a half cups of ham stock. A small saucepan of water should be brought to a boil. Cook, occasionally stirring, until the brown sugar, mustard, nutmeg, and cloves have thickened, (If desired, you can also add a little splash of pineapple juice. Spread the Glaze over the meat in the dining.

Now that we have looked at butt ham basically and seen that it is one meat that many people like to have in addition to their dishes. You do not need to be a professional chef to have a hand at cooking this butt ham. You can follow through with the following instructions.

Historically, the ham was usually baked in the oven. You can cook for 15 to 20 minutes per pound at 300 degrees F. It should be cooked until the internal temperature of the ham reaches 140 degrees Fahrenheit, regardless of the size of the ham or the temperature of the oven. It stays moist by covering it with foil throughout the cooking process. Apply the Glaze in the last 30 minutes of baking to ensure that it caramelizes rather than burns. Allow 15 minutes for the ham to rest before slicing. Approximately 20 people can be served with half a ham.

Set up the grill for indirect cooking over low heat, at 300 degrees Fahrenheit. Wrap the ham in foil in an aluminum foil pan or a cast-iron pan. Cook for 15 to 20 minutes per pound on the grill grates. If using a glaze, remove foil for the last half hour of cooking and baste with it. Cook until the ham reaches 140 degrees Fahrenheit on the inside. Allow for a 15-minute rest period before carving. Alternatively, you can grill for 2 to 4 minutes per side on medium heat.

Pour one cup of liquid into an Instant Pot (for instance, water, broth, or juice). Place the trivet on top of the ham. Drizzle Glaze, and you could also add seasonings on top. Cook for two minutes per pound on high, then let the steam escape naturally for 15 minutes.

Rub the ham with seasonings with the addition of Glaze if you choose to before placing it in the slow cooker. Cook on low forsix6 hours or until the internal temperature of the ham reaches 140 degrees Fahrenheit.

Broil until heated through in the oven, two to four inches from the flame, on a rack in a shallow roasting pan.

Microwave on high for two to four minutes in a microwave-safe dish. To avoid curling, make numerous slices along the sides of the ham steak before microwaving.

Heat a saute pan over medium-high heat on the stovetop and cook for one to three minutes per side. Use butter or olive oil with a pinch of brown sugar for extra taste.

Butt ham is a superb meat option that can fulfill your dietary requirements while blending in well with other menu items. As we’ve seen, following simple directions and guidelines makes it rather straightforward to create. By following through today, you should be able to take your first mouthful of butt ham. See more here in this video.